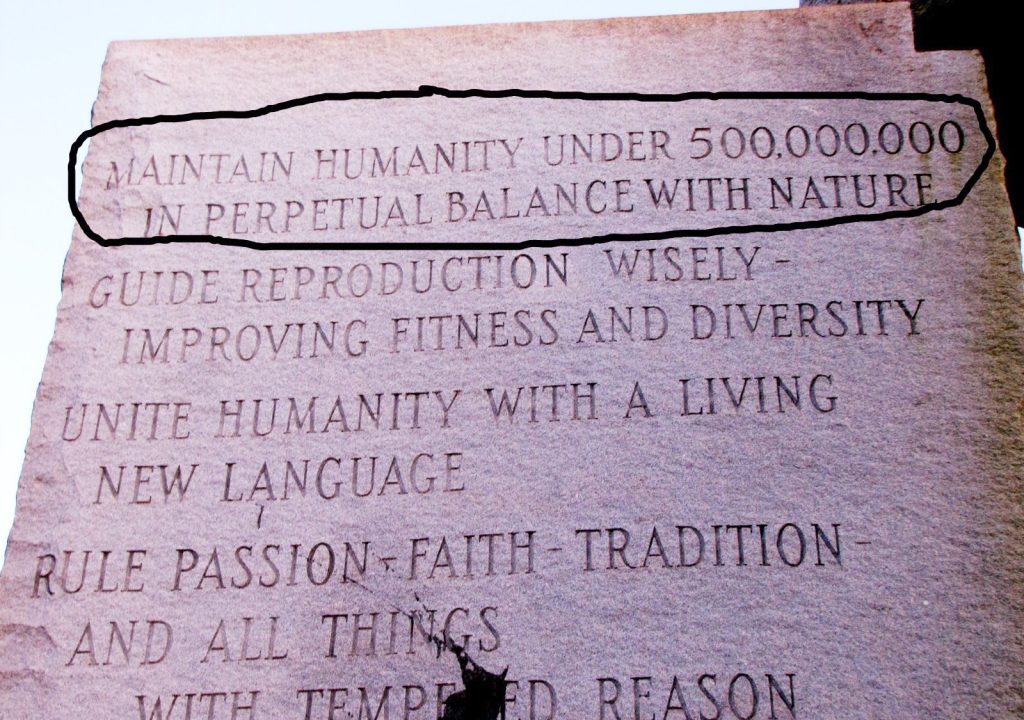 In light of the Coronavirus I thought that the Georgia Guide Stones should be brought back to memory. We know that the New World Order lovers need “order out of chaos” to aid in the culling of the population. This will be done with wars obviously but, other tools can not be ruled out such as man made diseases created in labs, to help fulfill their plans. I waited for a bit to see what would come of this new virus. It seems to be getting worse by the day and the numbers are growing. Here is a map that is useful in keeping track: Coronavirus COVID-19 Global Cases by Johns Hopkins CSSE. I am seriously wondering if this is the one that will do the trick for them. If you look at the reports in China there are horrific scenes of human atrocities being committed out of fear. The actions show a total disregard for human life. This is how the enemy of God feels about mankind. I will provide some news links below for you to see on your own.

But first, this news link stood out to me for obvious reasons: “Coronavirus could infect SIXTY PER CENT per cent of the global population if it cannot be controlled, top Hong Kong medical official warns”

This is what God’s word says about the Signs of the End of the Age:
There will be great earthquakes, and in various places famines and pestilences. And there will be terrors and great signs from heaven. ~ Jesus (Luke 21:11)

Revelation 6:8
And I looked, and behold, a pale horse! And its rider’s name was Death, and Hades followed him. And they were given authority over a fourth of the earth, to kill with sword and with famine and with pestilence and by wild beasts of the earth.

I believe what this doctor says in the above news link would be a Tribulational pestilence **IF** it does turn out the way he foresees it. And, if that is the case, then it will occur after the 4th seal is broken. In my personal opinion, I do not think any of the seals have been broken (Edit: My thoughts on this are now that they *possibly* have been opened since Jesus ascended and that we have been living in seals 1-5 up until this very day. The spiritual horses of false religions and Christs, war, famine and pestilences will gallop ever so quickly and grow worse up until the rapture at seal 6 and THEN, the Tribulation will begin after the rapture. I won’t be dogmatic on that though but, it is very plausible upon further study). I think they will be broken after the rapture and they will just be heavier and quicker events than what we already see in the world today with wars and famine and pestilences. When the seals are broken the whole world will feel the heavy impact and not just one area. This virus is shaping up to be like a whole world event. We will just need to keep watch.

However, this may get resolved and we go into wait mode again. Still, no one is promised tomorrow even while living the most stress free pain free always blessed Earthly life. It is your eternal life that will count. Where will that be spent? This life is but a vapor. It vanishes in a moment. All that being said, do not fear this. Be wise and prepared and make sure you have accepted Jesus as your savior. If this is the beginning stages right before the Tribulation begins, and you accepted Jesus as your savior then, you will be raptured out of here BEFORE it gets to the point of wiping out 60% of the population. However, since there is a chance that we could possibly be here to see more of this unfold then, if that is the case, trust Jesus to carry you through it while we wait on him. Also, it never hurts to have supplies on hand just in case. Make sure you have some extra food and water stashed away and medical supplies or first aid kit on hand. If nothing else, you can always use this for other emergencies going forward and that’s a good thing. But, first and foremost, the most important and first step in prepping for disasters at anytime is to accept Jesus for your salvation!!

Remember:
John 16:33
“I have said these things to you, that in me you may have peace. In the world you will have tribulation. But take heart; I have overcome the world.” ~ Jesus

In God’s word he tells us what events will happen but he doesn’t always give full or exact details as to how they come about. I think many are devised and carried out by men placed in positions of power who are members of secret societies (or as of late not so secret since they have become so blatant about it) being influenced by fallen angels and or demons. Wars, genetically modified foods, man made viruses and, other man made poisons are some examples of how they distort and destroy what God had created good in the beginning. These men feed off the tree of the knowledge of good and evil that the fallen entice them to eat from with promises of power and control. They fool the masses with distractions and lies all the while poisoning minds and bodies while they work out their plans. But, man keeps making choices to follow, allow and, accept these beings and their selected men put in high offices on the world scene thereby unwittingly giving them permissions to continue with the secret plans. Men follow them instead of following God and God alone.

God is not the cause of the coming judgments but, he does lift his hand of protection that holds back full evil and allows it. He removes the restrainer and then deals with his enemies (spiritual and otherwise) and deals with the evil they have brought onto mankind. People left behind will blame God but, in part, all he is going to do is allow what people were allowing already. Only he will allow it to it’s full extent without the holding it back any longer. It will be a very hard lesson to learn what it is like when God is no longer protecting of his creation. Some will finally see what it’s like without just a small part of God and cry out for him to save them and yet others will shake their fists at him and curse him unable to see just why his protection and guidance was needed to begin with.

To segue into this Coronavirus Guidestone topic. I believe that if this carries on, I think it was planned and released on purpose as a tool. A tool to cull the population and to cause chaos and fear and to start the process of gaining world control. A tool used by the kind of men I mentioned above. If it’s not this one they will do it again until they get what they want out of it. You can search on your own about these stones but here is a good link with info and a snip:

Refresher on the Georgia Guidestones:

“The Georgia Guidestones is an enigmatic granite monument situated in Elbert County, Georgia. Also known as the American Stonehenge, the gigantic structure is almost 20 feet high and is made of six granite slabs, weighing in total 240,000 pounds. The most astonishing detail of the monument is however not its size but the message engraved on it: Ten Rules For An “Age of Reason.” These guides touch upon subjects that are associated with the “New World Order,” including massive depopulation, a single world government, the introduction of a new type of spirituality, etc. The author of those rules has requested to remain totally anonymous. The purpose behind the Guidestones becomes very clear, leaving little room for hypotheses. The Guidestones describe the ideal world, as envisioned by occult Secret Societies. The monument is, therefore, proof of an existing link between secret societies, the world elite and the push for a New World Order.”

“In 1988, Britain’s Prince Philip expressed the wish that, should he be reincarnated, he would want to be “a deadly virus” that would reduce world population. Bill Gates said “The world today has 6.8 billion people … that’s headed up to about 9 billion. Now if we do a really great job on new vaccines, health care, reproductive health services, we could lower that by perhaps 10 or 15 percent.” Along with tax-deductible donations of enormous amounts of money to help the depopulation cause, “secret meetings” of the world’s elite have been taking place to discuss those issues…….” MORE HERE

Those are just some of the news stories above. Keep watching and just stay alert and trust in the Lord Jesus. If you are not saved then now is not the time to sit on the fence! Turn to Jesus today!! A good solid prayer to keep in mind is Psalms 91. Read it and pray it and have peace about this issue and all the others we see happening daily now. Keep looking up because Jesus is coming for us soon!! 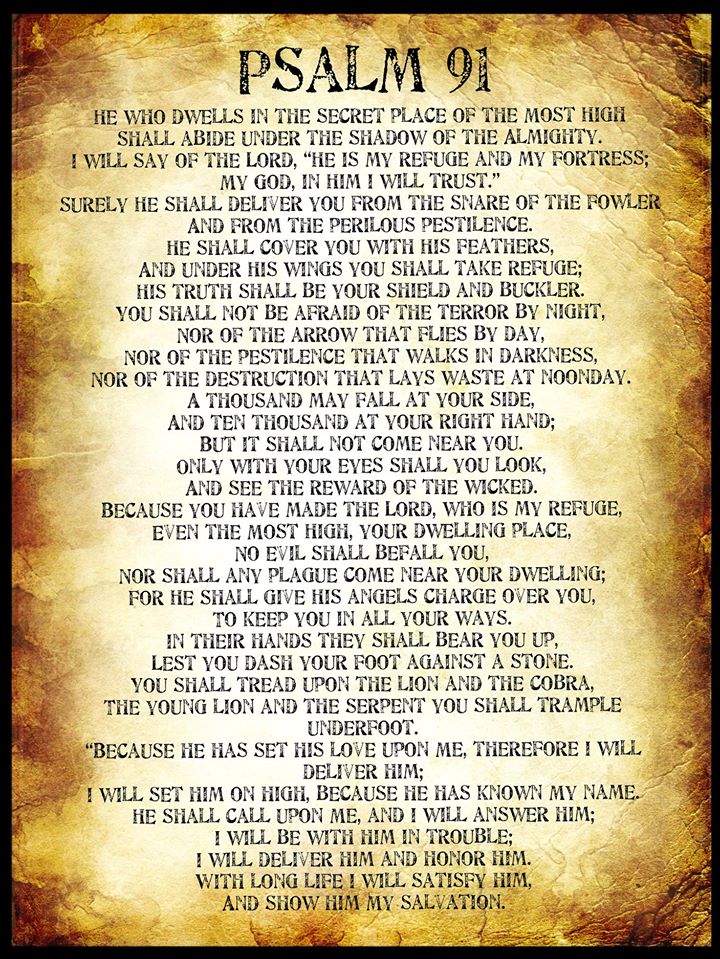 Quantum Divination, The Mandela Effect, AI, Mark Of The Beast. Talks With Anthon...
Who Is Actually Behind This Helm? { Jade Helm 15 }
Signs and Wonders in the Last Days
2016 What May Be Coming???