World War 3 On The Horizon. Bombs Fall Down We Go Up? 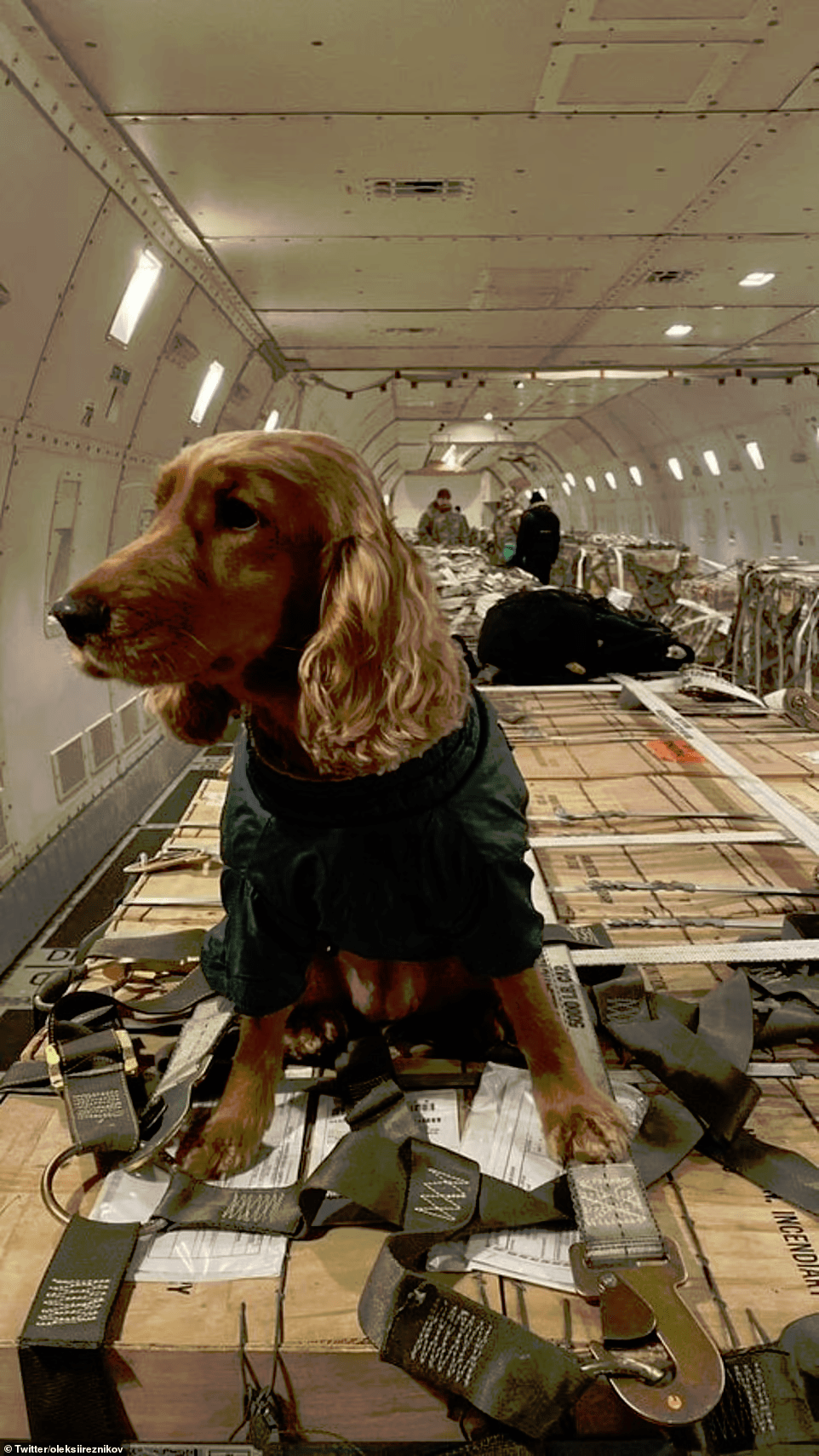 People should be paying close attention to this news about Russia, China, and Iran and praying. Most especially thinking about your salvation in Jesus. This is fast looking like WW3 is closer to beginning as well as the battles it will lead into that are prophesied in the BIBLE for the end of days and the start of the 7 year Tribulation! Ezekiel 38 and Israel being the key. This world war will be one of the greatest tools to cement the one world government being set into place. We are currently seeing the the mark of the beast being prepared and now war will make all peoples beg for someone to step in and “save” the world. Most especially if strategic nukes have been used. People will clamor for a world leader and government to “fix it”.

When they (Russia/Iran and other nations with them) move in to go against Israel that will be the key for the timing of the start of The Time of Jacob’s Trouble (7 year Tribulation). The United States is not mentioned in the Bible as coming to the aid of Israel when the Iran/Russia coalition turn their sites onto Israel. Something takes us out of the way of being able to help them. Have peace in being saved by Jesus BEFORE it begins! Waiting is putting your eternal life in jeopardy. We just don’t know the exact day but, Jesus said we would know the times and they have been the times for some years now and it is coming to its fruition. Listen to the watchmen and heed the warnings!

(*** YES, this applies to the watchmen of Israel but, the sentiment that God gave here also applies to watchmen of our time. WARN them in advance and if they do not adhere then they have no one to blame but themselves because the watchmen did as they were led to do!.***)

The end of days battle that precedes or occurs in the beginning of the 7 year Tribulation involves Iran, Russia and other nations listed in Ezekiel 38. Again, things and events, such as Iran recently having drills with Russia and China and the Mark of The Beast being worked on are still being set in place to begin the Tribulation and world war. I had been leaning towards a possible start closer to 2021 but looks like 2022 is more shaping up to be very interesting indeed for end times Bible Prophecy watchers and for those of us waiting on the blessed hope, the rapture.

I always thought that rapture would happen at the start of the Ezekiel 38-39 battle but, the way things seem to be shaping up, it may happen sooner like in the beginning stages of WW3. It is proving that it could very well be “when the bombs start to fall down then we go up” kind of scenario that many believer’s dreams and visions have revealed after all. Including my own.

{Disclaimer on the dreams and visions link right above: Keep in mind that dreams and visions should not be placed above God’s word and many who have them don’t discern them correctly or apply time lines that the Lord never gave them. Review all dreams and visions under the scrutiny of God’s word. Do not allow fear to seep in by thinking you are going to get left behind etc. Remember, John received revelation about the end of days and it appeared as if he was in it but he was not. He was an observer. So just because someone may be in the chaos of a dream and vision does not mean they will actually be in it.}

It is also possible that there could be some kind of gap of time after the rapture until the official appointed start of the final 7 years that Israel must fulfill (The Time of Jacob’s Trouble/Tribulation). Perhaps Russia and Iran invade Israel some time after the rapture but a bit further into the progression of the 3rd world war? Or, perhaps it all happens boom, boom, boom one right after the other in a short time span? Only time will tell. Besides “aliens from outer space” took them, nuclear war is another good excuse they can use to explain away those of us missing or raptured.

Now, why did I use the cute dog on the cargo of supplies to Ukraine as my feature image?

Here is the news link that contains the photo:

The caption under the photo and the reason there is a dog being the center of it is intriguing to me as far as how the occult elite use symbolism to announce intentions etc…Dog Star Sirius is used over and over again and with the caption of: “Ukraine’s Defense Minister Oleksii Reznikov also tweeted on Sunday a picture of a dog sitting on crates of what is presumably equipment being sent to Ukraine from the US”, it points to what may befall America via nuclear war because of our helping them against Russia. They have been hammering the hints of that point over and over again in the media. The dog could actually be a signaling of who is orchestrating this coming war and in this image who is actually behind what happens to America. It will all look like obvious progression of back and forth prodding but behind the scenes it is orchestrated to turn out the way it does.

OTHER RELEVANT LINKS..These are just some of MANY:

Second shipment of U S weapons arrives in Ukraine

You WON’T BELIEVE what IRAN just said about RUSSIA!!!

They all want this war. They being those occulted elites who want the global government. It’s kind of like the hegelian dialectic. Two extreme sides but what they really want is in the middle. They need to “poke the bear” all the while saying they don’t want war. They are orchestrating all these events for the coming Beast System. To put their one world government and leader into place.

Alfred Hitchcock on Politics of Pandemic & Climate (about 9 mins long)

RELEVANT LINKS TO THE ABOVE:

BUT, all that aside, what we actually need to focus on is that GOD is the one who is actually in control. He will allow it for the time until Israel fully returns to him and recognizes Jesus as THE savior. It will turn out for good and not for the evil intents of his and our enemy (the “our” being those who love the Lord). Because, ALL things work to good for those who love the Lord and to fulfill God’s plan not evil man’s or fallen angel’s plan. He told us these wars were coming right before he comes for us and then he will work on Israel. He FORE-warned all mankind over centuries through his word so that as may who would come to him for salvation would. He is patient in wanting all to be saved.

We are living in the setting up stages of these final days and we will see much more confusion and lies while we wait. However, today and going forward until Jesus steps back on the Earth physically again at the end of the Tribulation, people will still be turning to Jesus and getting saved all during the time that God is working. Not one will be lost who would have or could have been saved. ALL mankind gets the chance to turn to Jesus one way or the other. No one is cheated from that offer of salvation. God even will come to those who are in the remotest places and have never heard of all these things in dreams and visions to give them a chance. He is a loving God even if your frail human way of thinking tries to blame him for what is coming. You would be unfortunately and sadly wrong. You will have made a heartbreaking choice but, you will have been the one to make that choice on your own. You have a chance right now to look into matters and to seek God for answers. If you do not, you have only yourself to blame.

Once Israel is attacked and God puts a stop to the Ezekiel 38-39 battle, and once the dust starts to settle, the Antichrist will most likely try to take the credit of stopping the war, instead of God, and bringing all the world together in false “peace and harmony”. Then, you can better believe that if you did not accept Jesus as your savior before it all began and you have managed to survive the war and all that it entails, that you will then be living in the final 7 years. The time of Jacob’s trouble. The 7 year Tribulation. It will not be a good time to live in. TODAY is the best day for salvation! Allow Jesus to snatch you out of harms way before wrath falls.

Time is almost up for this age…Don’t get left behind! 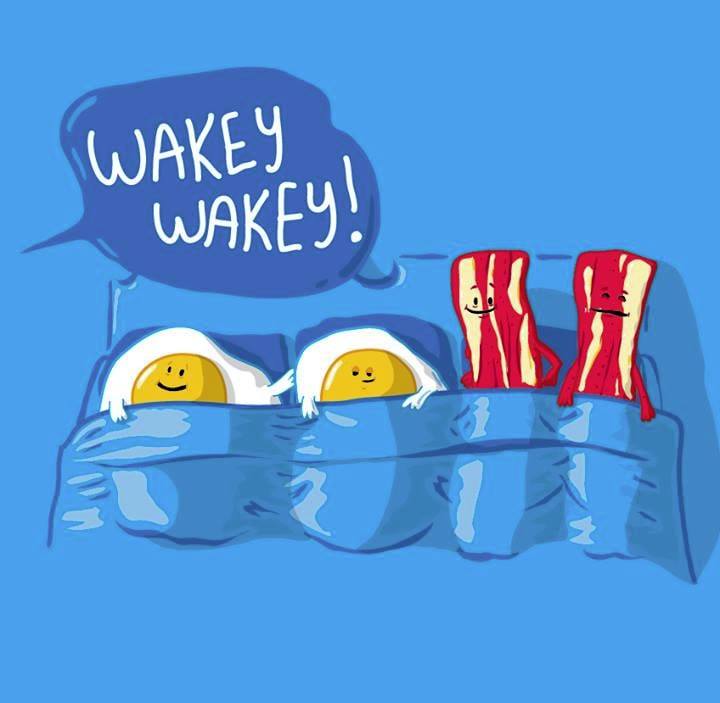 On a side note, before I sign off, make sure you keep a watch out for this series coming up at TOL End Times with Bro. Chooch. Should be a good one. Sub here to HIS CHANNEL.