Whoever Denies Me Before Men, I Also Will Deny Before My Father Who Is In Heaven. (Matthew 10:33) 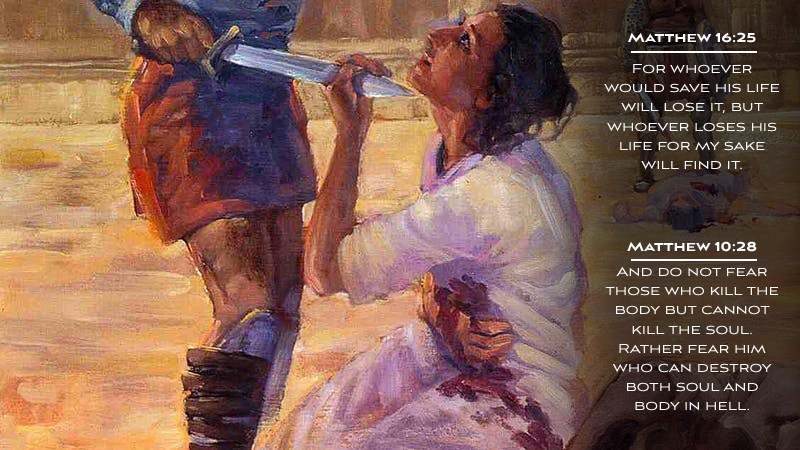 John 16:1-4
“I have said all these things to you to keep you from falling away. 2 They will put you out of the synagogues. Indeed, the hour is coming when whoever kills you will think he is offering service to God. 3 And they will do these things because they have not known the Father, nor me. 4 But I have said these things to you, that when their hour comes you may remember that I told them to you.

DO NOT under any circumstances deny Jesus. If you do then you will lose all chance of salvation. These Noahide laws are not as docile and not “nothing to worth worry about” as some are mislead to think or who are misleading you to think. IF these laws do go into force during the Tribulation and, you break the No Idolatry Law then, you will be killed. If you worship Jesus under these laws then you are an idolator per the courts or Rabbis that would be over ruling you based off of instituted laws and court system. Some might tell you that is not the case but it is.

First, look to see the penalty HERE: The Noahide Dinim Sub-Laws. Scroll down to:

16.“That the court is to administer the death penalty by the sword [i.e., decapitation].”

Second, this is under “The Seven Colors of the Rainbow” link scroll down to Idolatry to read:

“His revelation has two levels, the one in nature for ordinary reckoning, and the other through prophecy on Mount Sinai for the moral law. All non-Jews derive their true religious fulfillment from this latter source, and any reference to an intermediary causes error and loss of morality.”

If you are a Christian you know who our intermediary to the Father is…It is JESUS!

1 Timothy 2:3-6
This is good, and it is pleasing in the sight of God our Savior, 4 who desires all people to be saved and to come to the knowledge of the truth. 5 For there is one God, and THERE IS ONE MEDIATOR BETWEEN GOD AND MEN, THE MAN CHRIST JESUS, 6 who gave himself as a ransom for all, which is the testimony given at the proper time.

Third, this is under: Prospectives on Noahide Laws from Rabbi Dr Shimon Cowen, Perspectives on the Noahide laws – Universal Ethics (C) S.D. Cowen 2003.
Scroll and open:

A STATEMENT OF THE NOAHIDE LAWS

1. Moral authority
Monotheism and Divine law
[1] The prohibition on idolatry

** “If, however, prayers are offered to a specific entity within creation, as the absolute source of salvation, then that would be considered idolatrous.” ***

So, if we pray to Jesus then we are committing idolatry according to these Talmudic Jewish Rabbis….JESUS is our high priest and intermediator to the Father. We pray to the Father through Jesus. Not only that, Jesus IS GOD the son. The triune God is one. Where as Jews would say we worship three Gods and so we are idolators. NO, we worship ONE God in three natures. God the Father, God the Son, God the Holy Spirit. He is three in one.

An example that helps me to reconcile the concept: We are made in his image. We have a mind. Our minds think and are the soul of our being. We have a spirit that is the heart and emotions and feelings of us and we have a body that holds our mind and spirit. We are mind, body and spirit but we are each an individual. God is three in one. We worship Jesus because he is God in the flesh.

JESUS, the ONLY BEGOTTEN son, came to die for us so that mankind could be saved and to repair the damage Satan did and that we allowed to happen by turning our backs on God and accepting Satan’s lies. We through Jesus can be saved from that grave mistake if we change our minds and accept him and his free gift of salvation. Anything other than that is a lie from the pits of hell.

Galatians 1:6-8
I am astonished that you are so quickly deserting him who called you in the grace of Christ and are turning to a different gospel— 7 not that there is another one, but there are some who trouble you and want to distort the gospel of Christ. 8 But even if we or an angel from heaven should preach to you a gospel contrary to the one we preached to you, let him be accursed.

You would do well to do your own research and homework on these laws. They very well could be the laws used by the Antichrist system. If you just can’t do that or just won’t do that and are not saved then, if you get left behind in the Tribulation after the rapture, no matter what you do, DO NOT deny Jesus and DO NOT accept anything, set of laws or mark that makes you deny Jesus! If you do, then you will not be saved from hell and will not be with the father but go to hell. Jesus told these pharisees and the Sanhedrin while he was here that not only are they a child of hell but, they make those who they seek to fall under them twice more the child of hell then they are.

Do not be blinded or fooled into accepting these laws out of fear that you are antisemitic if you do or that you are anti Israel. That is a contrived lie to make people submit to them. It also does not mean that you do not want Israel and Jerusalem to be blessed by God. God told us what would be happening in the last days regarding Israel but he did not tell us step by step how he was going to bring it all about. We only know the basics. God does use the evil plots and plans of men and fallen angels and turns them to good for his purposes. God is sovereign! Remember, God allowed for Judas and the Sanhedrin to set up the crucifixion of Jesus but, does that mean believers were to support the Sanhedrin and Judas without question and promote them because of it? No, it just means God allowed it. It did not mean that believers were to be in league with Judas or the Sanhedrin and offer 100% support. God revealed that Jesus’ crucifixion would happen but he never said how.

What is the best way to bless Israel? To preach Jesus as Messiah and him crucified for our sins. THAT’S how to bless Israel. If you are doing that and turning away from what Jesus was condemning when he was here then you are blessing Israel. If you go up under the Sanhedrin and their mystic laws you are turning your back on Jesus and accepting another way to be saved. You are accepting another gospel that is other than salvation in Jesus and him ALONE.

Galatians 1:6-16
I am astonished that you are so quickly deserting him who called you in the grace of Christ and are turning to a different gospel— 7 not that there is another one, but there are some who trouble you and want to distort the gospel of Christ. 8 But even if we or an angel from heaven should preach to you a gospel contrary to the one we preached to you, let him be accursed. 9 As we have said before, so now I say again: If anyone is preaching to you a gospel contrary to the one you received, let him be accursed.

11 For I would have you know, brothers, that the gospel that was preached by me is not man’s gospel. 12 For I did not receive it from any man, nor was I taught it, but I received it through a revelation of Jesus Christ. 13 For you have heard of my former life in Judaism, how I persecuted the church of God violently and tried to destroy it. 14 And I was advancing in Judaism beyond many of my own age among my people, so extremely zealous was I for the traditions of my fathers. 15 But when he who had set me apart before I was born, and who called me by his grace, 16 was pleased to reveal his Son to me, in order that I might preach him among the Gentiles…

I think the Christian persecution that happens in the Tribulation will cross over to even the religious Jews hating the believers of Jesus. Right now we serve a purpose in them setting up the new Davidic Kingdom with the temple etcetera. They think the person they accept first will be the Messiah over the Kingdom but, we already know who the Messiah and King is. It is Jesus! They will accept the Antichrist first and then those Christians will not be accepted any longer because they break the 7 laws for humanity. I think what Jesus and the disciples and those who accepted Jesus as Messiah had to contend with in regards to the Jewish teachers and Sanhedrin will be coming back around again. I think Jesus will finish the lesson in the final 7 years of Jacob’s Trouble and a remnant of Jews during that time will recognize Jesus finally as Messiah but, it will be during a terrible time of trouble as God draws them back to him. I think the Antichrist system will include these “Seven laws of humanity” to aid in bringing order out of chaos under the false one world system. These 7 Noahide Laws will fit all religions except one. Those who follow Jesus. The rest will fit nicely under the one world religious system that the Pope and other world religious leaders have worked on creating over the years. They will be able to institute their plans after mass world wide chaos with the help of war. The old system will come back and be judged severely at the appointed time. But, there will be those who will be martyred for loving and following Jesus. He will avenge them and bring judgment on those who harmed his children at the end of the Tribulation. DON’T be left behind here to face those days. Be saved and accept Jesus TODAY so that you will be caught up in the clouds to Jesus in the rapture.

Revelation 6:9-11
When he opened the fifth seal, I saw under the altar the souls of those who had been slain for the word of God and for the witness they had borne. 10 They cried out with a loud voice, “O Sovereign Lord, holy and true, how long before you will judge and avenge our blood on those who dwell on the earth?” 11 Then they were each given a white robe and told to rest a little longer, until the number of their fellow servants and their brothers[a] should be complete, who were to be killed as they themselves had been.

*** UPDATED!!! VIDEO BELOW IS NOW WORKING. PLEASE WATCH ALL THE WAY TO THE END SO AS NOT TO MISS VALUABLE INFORMATION *** 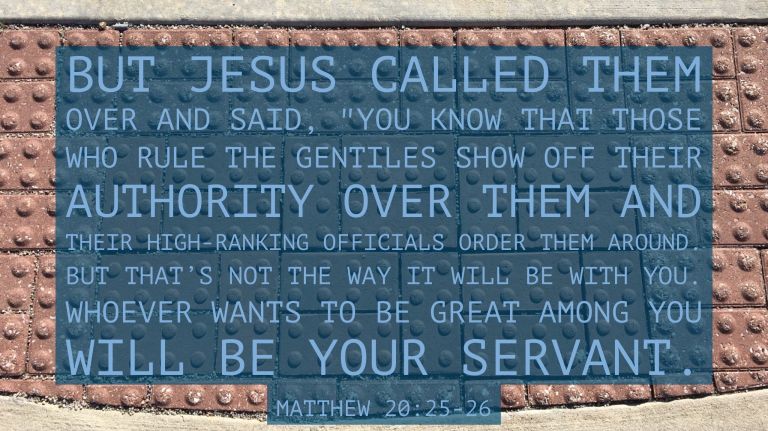 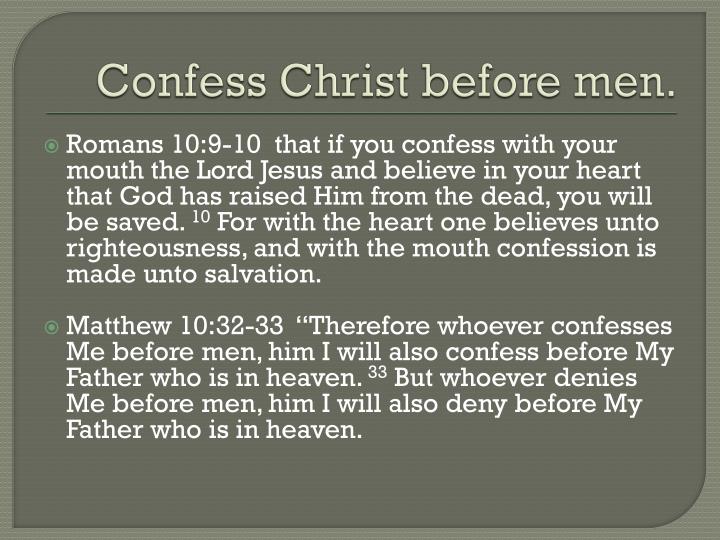