WAR WITH RUSSIA: WHY IT MIGHT HAPPEN BEFORE THE US INAUGURATION

This short article and the links Doug Woodward provides (that I will include below as well for quicker access) are well worth your time and consideration! We are living in very dangerous times and time is indeed growing short! GET SAVED TURN TO JESUS TODAY don’t put it off any longer!! The first mp3 link below is the one that was condensed from the 3hr talk but I’ll include the 3hr talk as well. Doug also has the links in his article.

WAR WITH RUSSIA: WHY IT MIGHT HAPPEN BEFORE THE INAUGURATION

Just How Soon Could Russia Strike the United States?
It Might be Very Soon. Here’s Why.

It is not the word I would like to share, but it is what my analysis and the insights of myself and my friends conclude. It’s become a cliché, being a “watchman on the wall”, but I feel it’s a responsibility to share this.

Last week, Jeff (JR) Nyquist, Benjamin Baruch, and I appeared together on Omega Man Radio with host Shannon Davis. We talked for almost three hours about the late-breaking news concerning Russian civil defense exercises, repositioning missiles for possible usage in eastern Europe, and continued massing of armies along their borders. We’ve seen this type of activity before: it heralds war. Russian analyst and “mad prophet and apocalypticist” Alexander Dugin has been preaching that World War III is already underway.

Most Americans don’t know anything about Alexander Dugin. They need to, because Dugin is the mad philosopher who is redesigning the brains of much of the Russian government and public, filling their minds with a new hate-ridden totalitarian ideology whose consequences can only be catastrophic in the extreme, not only for Russia, but for the entire human race. [1]
And as the article published just yesterday by Michael Snyder on Prophecy News Watch is an excellent review of the threats stacked up against us. As to timing, his thinking reflects my own:
Thus, everything at this point is very, very serious….MORE at link HERE or click title above

Here are the MP3 links:

Condensed interview between Douglas Woodward, Jeff (JR) Nyquist and Benjamin Baruch (Disclaimer: about 1hr:10 in Ben (Benjamin) talks against the pre-trib rapture and he is a bit off in his interpretation of how the end times prophecies unfold..I don’t agree with him completely but I think he still offers good info. I agree more so with Doug Woodward’s take.) 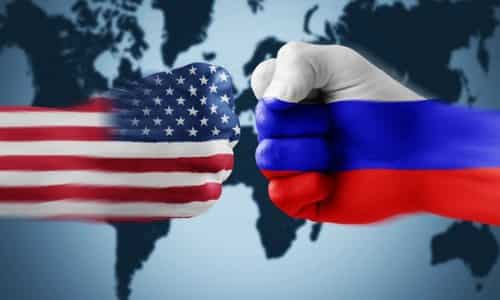 Is Russia Preparing For A Nuclear War With The United States?

In Russia there is talk that war with the United States is inevitable, and they are feverishly preparing to win such a war when it happens.

Thanks to tensions over Ukraine, Syria and the price of oil, U.S. relations with Russia are the worst that they have been since at least the end of the Cold War.

In fact, one false move could result in U.S. and Russian forces shooting at each other in Syria as you will see below. The Russians have worked incredibly hard to upgrade and modernize their military in recent years, but meanwhile the U.S. military is being transformed into a radically politically-correct social experiment by the Obama administration.
Most Americans simply assume that we will never fight a war with Russia, and that if for some reason we did that we would win easily. Unfortunately, things have changed dramatically over the past decade, and the truth is that the Russians now have the upper hand.

Most Americans are accustomed to thinking that we have such an overwhelming strategic nuclear arsenal that nobody would ever dare mess with us. At one time that was true, but now it isn’t.

In fact, the size of the U.S. strategic nuclear arsenal has been reduced by more than 95 percent since the end of the Cold War, and now the Russians actually have more deployed nuclear warheads than we do. The following comes from the Daily Beast…

While the U.S. military has been steadily cutting the number of nukes it loads on submarines and bombers and in missile silos, Russian forces have recently been adding more.

On The Verge of World War Three...The Clock Is Ticking
2020 Rapture: 2020-2027 Tribulation Timeline???
You Have Been Given One More Day
The Genesis 6 Conspiracy