Wake Up. The Time Is Here. It Is Now.

The stage is set. It is all ready. The system for the one world religion, the government and the leader to rule them all. Don’t fall for anything man can do for you on this Earth. Don’t worship a human being. Jesus is the ONLY answer and the ONLY king that will bring REAL TRUE peace and government rule. We need to stop idolizing people who come on the political scene who does some things we like to see being done. There is so much more going on behind the scenes that we do not even realize. Nothing that is hidden will stay hidden though. The Lord will reveal it all and as we can see by watching the events unfold that it is going to be VERY soon now. We have no idea who the antichrist will be. There are a lot of people on the scene who could fit the bill. Since we can’t be matter of fact about any of them the best thing to keep doing is….LOOK UP! Don’t look to a man on this Earth for the answers and for peace. Look for and to JESUS! Please watch the videos below for more insight into the times and for your own discerning and prayerful considerations. I will put the intro to each one above each video. It truly is not long now! 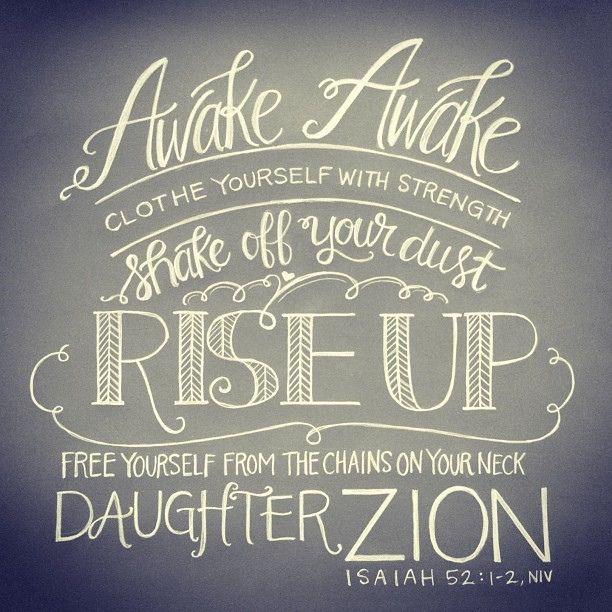 “While everyone was busy during the holidays, to busy to notice, the Sanhedrin made a major move toward world dominance! The Trap is set for the Sanhedrin world takeover! Like a snare it will come upon the face of the whole earth…Watch therefore, for Yeshua & pray always that you may be worthy to escape all these things, that shall come to pass, and to stand before the Son of Man (RAPTURE)! Wow…you won’t believe this! They invited Nikki Haley to be President over their new 70 nations organization that will take over the UN. They made a half-shekel coin to commemorate her with her image on the coin, with the Third Temple on the reverse! The stage is now set! This will be the world supreme court for everyone throughout the earth if they manage to pull it off, but first the Rabbi’s stated that they must bring Chaos in order to bring it about. Listen friends we are at the very brink! When they hook all 70 nations to come to Jerusalem they will sign the covenant with many and the Tribulation will begin. This covenant may also have to do with agreeing to Noahide laws for the world dominance. Then their blood covenant sacrifices, and idol altar will finally come to fruition. They are setting the trap and the next step is announcing a messiah, announcing he is their king, giving him a crown, Torah scroll, and scroll of Psalms, and immediately they will build the Third Temple. WOW friends Jesus is at the door! He has to be ready to come get us!” (News links she reads from under the video at her YouTube site)

“Sitting over King David’s tomb, the Republicans played video’s of Trump/Pence before he became President. The Rabbi’s stated that “signs” became evident regarding Trump. The Sanhedrin gave a special prayer to Trump that is different than usual. It was a prayer Jews give to foreign kings or monarchs. Rabbi’s claim to have found connections between Trump & King David. They are making a kings crown for their messiah, along with a messiah Torah scroll, Psalms scroll, & both were to be displayed in the same place where the event with Trump happened, before he won the Presidency. Rabbi’s say he is representing Esau, Edom, and that the UN is GOG. That means the 70 nations, to them are GOG. In order for the Sanhedrin to “stir the pot” as they said to make their messiah come, they must present a king, a messiah to the 70 nations of the world. In my last video I discussed that they will present the 70 nations organization to the world, & make them sign an agreement to obey their Noahide laws based upon the Babylonian Talmud…MYSTERY…BABYLON THE GREAT! Who does it sound like they are pointing to as their king who has a role to play in their future? You can take a big guess based on these articles from the Sanhedrin Rabbis! LET US PRAY THAT THE TRUE MESSIAH YESHUA JESUS RETURNS FOR HIS BELIEVER’S THIS YEAR 2019!”

They killed those who believed and confessed that Jesus is the Messiah back then and the new world religious union will do it again during the Tribulation. If you do not accept who they say is the messiah and if you do not accept and bow to the ANTIchirst you will be killed. If you are a tribulation saint (one who gets saved during the 7 year tribulation AFTER the rapture) you will be martyred for following the TRUE Messiah JESUS. Accept him today so you do not have to endure that.

1 In the meantime, when so many thousands of the people had gathered together that they were trampling one another, he began to say to his disciples first, “Beware of the leaven of the Pharisees, which is hypocrisy. 2 Nothing is covered up that will not be revealed, or hidden that will not be known. 3 Therefore whatever you have said in the dark shall be heard in the light, and what you have whispered in private rooms shall be proclaimed on the housetops.

4 “I tell you, my friends, do not fear those who kill the body, and after that have nothing more that they can do. 5 But I will warn you whom to fear: fear him who, after he has killed, has authority to cast into hell. Yes, I tell you, fear him! 6 Are not five sparrows sold for two pennies? And not one of them is forgotten before God. 7 Why, even the hairs of your head are all numbered. Fear not; you are of more value than many sparrows.

8 “And I tell you, everyone who acknowledges me before men, the Son of Man also will acknowledge before the angels of God, 9 but the one who denies me before men will be denied before the angels of God. 10 And everyone who speaks a word against the Son of Man will be forgiven, but the one who blasphemes against the Holy Spirit will not be forgiven. 11 And when they bring you before the synagogues and the rulers and the authorities, do not be anxious about how you should defend yourself or what you should say, 12 for the Holy Spirit will teach you in that very hour what you ought to say.”

Inside the mind of “Third Temple” advocates.

IT MAKES NO DIFFERENCE WHO THEY PUT THEIR MAN MADE CROWN ON! JESUS IS THE MESSIAH! HE ALREADY CAME AND HE WILL BE COMING BACK AGAIN! 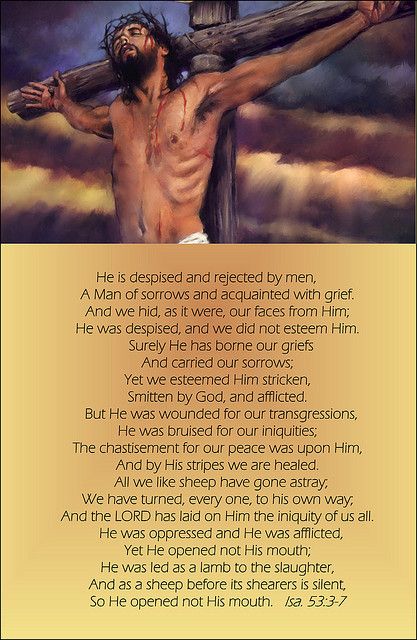 1 Who has believed what he has heard from us?
And to whom has the arm of the Lord been revealed?
2
For he grew up before him like a young plant,
and like a root out of dry ground;
he had no form or majesty that we should look at him,
and no beauty that we should desire him.
3
He was despised and rejected by men,
a man of sorrows and acquainted with grief;
and as one from whom men hide their faces
he was despised, and we esteemed him not.

4
Surely he has borne our griefs
and carried our sorrows;
yet we esteemed him stricken,
smitten by God, and afflicted.
5
But he was pierced for our transgressions;
he was crushed for our iniquities;
upon him was the chastisement that brought us peace,
and with his wounds we are healed.
6
All we like sheep have gone astray;
we have turned—every one—to his own way;
and the Lord has laid on him
the iniquity of us all.

7
He was oppressed, and he was afflicted,
yet he opened not his mouth;
like a lamb that is led to the slaughter,
and like a sheep that before its shearers is silent,
so he opened not his mouth.
8
By oppression and judgment he was taken away;
and as for his generation, who considered
that he was cut off out of the land of the living,
stricken for the transgression of my people?
9
And they made his grave with the wicked
and with a rich man in his death,
although he had done no violence,
and there was no deceit in his mouth.

10
Yet it was the will of the Lord to crush him;
he has put him to grief;
when his soul makes an offering for guilt,
he shall see his offspring; he shall prolong his days;
the will of the Lord shall prosper in his hand.
11
Out of the anguish of his soul he shall see and be satisfied;
by his knowledge shall the righteous one, my servant,
make many to be accounted righteous,
and he shall bear their iniquities.
12
Therefore I will divide him a portion with the many,
and he shall divide the spoil with the strong,
because he poured out his soul to death
and was numbered with the transgressors;
yet he bore the sin of many,
and makes intercession for the transgressors.

9yr Old Sees A Powerful Vision Of A Coming Asteroid, Nukes Coming To America And...
And what I say to you, I say to all: Watch! Will it be October?
Potential Sign of the Dragon?
The Most Heartbreaking Unsatisfying "I told you so" of All Time.