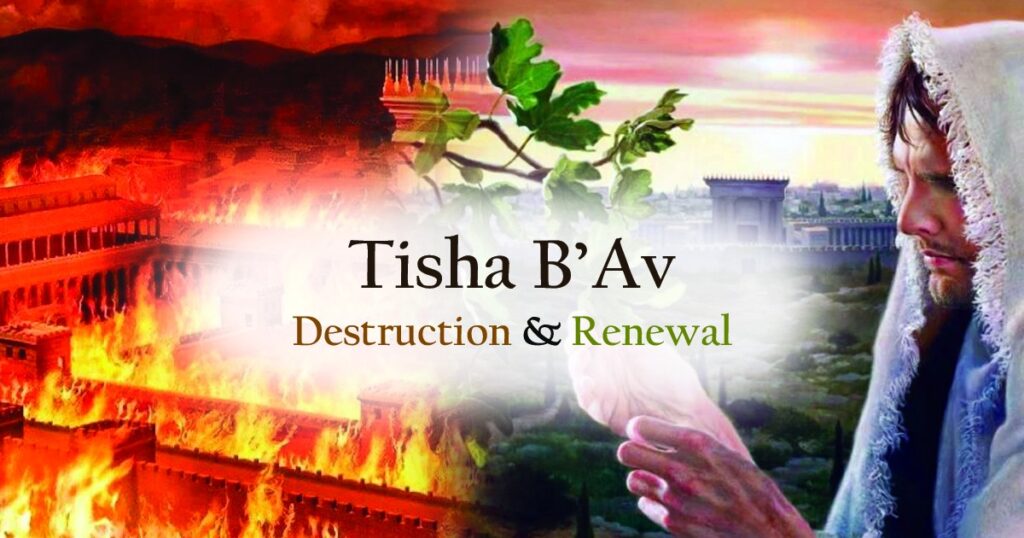 I have not felt led to post as often these days. I think I pretty much have said all that needs to be said about this being the end times and how the one world Beast System government is being set up before our eyes. We are just so close to the rapture now. We all know it’s happening. There is no question. What point is there for me to keep on sharing the news of this beast government rising? The news proves it daily. They are no longer hiding it. Now, if something really off the charts happens I’ll share it. But now, I am at the point that we need to focus more on Jesus’ return. That includes having fun trying to figure out the days going forward.

Am I saying stop watching the news? NO! I’m saying we are past the point of trying to show people that we are in the last days. We are. The puzzles pieces are almost all laid down and our focus is most especially to be sharing the Gospel (be it face to face, on social media and elsewhere, or where ever the Lord is drawing you too) and looking for Jesus! If people still can’t see this is it or, refuse to see it, there is nothing more we can do for them other than keep them in prayer and, that is definitely not a bad thing. Even the hardest of hearts can be softened at the right time by the Lord.

Today, I am sharing the awesome videos below and some more links for considering August (even the rest of this month still). If these days pass as well then keep watching!! Keep looking!! Most importantly…Keep your eyes on Jesus!!! For those who are not saved, you are running out of time to call on Jesus to save you BEFORE it begins! Scroll to the bottom to see how you can get to Heaven. Now, on with the encouragement for August……

RELEVANT BLOG PAST BLOG POSTS (You can do a search on Fig Tree and Israel for more):

The 9th of Av, Tisha b’Av, commemorates a list of catastrophes so severe it’s clearly a day set aside by G‑d for suffering. Learn seven historical events that took place on Tisha b’Av, the Jewish day of mourning. Tisha B’ Av – 9th of Av:

-The Spies Returned With a Bad Report.
-Both Holy Temples Were Destroyed.
-The Battle at Betar Was Lost.
-The Romans Plowed the Beit Hamikdash.
-The Jews Were Expelled From England.
-The Jews Were Banished From Spain.
-Both World Wars Began.

By: Keegan Fernandes
Tisha B’Av is regarded as the saddest day in the Jewish calendar and it is thus believed to be a day which is destined for tragedy. Tisha B’Av falls in July or August in the Gregorian calendar.

The observance of the day includes five prohibitions, most notable of which is a 25-hour fast. The Book of Lamentations, which mourns the destruction of Jerusalem is read in the synagogue, followed by the recitation of kinnot, liturgical dirges that lament the loss of the Temples and Jerusalem. As the day has become associated with remembrance of other major calamities which have befallen the Jewish people, some kinnot also recall events such as the murder of the Ten Martyrs by the Romans, massacres in numerous medieval Jewish communities during the Crusades, and the Holocaust.

According to the Mishnah (Taanit 4:6), five specific events occurred on the ninth of Av that warrant fasting:

The Twelve Spies sent by Moses to observe the land of Canaan returned from their mission. Only two of the spies, Joshua and Caleb, brought a positive report, while the others spoke disparagingly about the land. The majority report caused the Children of Israel to cry, panic and despair of ever entering the “Promised Land”.

For this, they were punished by God that their generation would not enter the land. The midrash quotes God as saying about this event, “You cried before me pointlessly, I will fix for you [this day as a day of] crying for the generations”, alluding to the future misfortunes which occurred on the same date.

The First Temple built by King Solomon was destroyed by Nebuchadnezzar in 587 BCE, and the population of the Kingdom of Judah was sent into the Babylonian exile.

The Second Temple built by Ezra and Nehemiah was destroyed by the Romans in 70 CE,[8] scattering the people of Judea and commencing the Jewish exile from the Holy Land that continues to this day.[6]

Following the Bar Kokhba revolt, Roman commander Turnus Rufus plowed the site of the Temple in Jerusalem and the surrounding area, in 135 CE.[10]

Over time, Tisha B’Av has come to be a Jewish day of mourning, not only for these events, but also for later tragedies which occurred on or near the 9th of Av. References to some of these events appear in liturgy composed for Tisha B’Av (see below).

The First Crusade officially commenced on August 15, 1096 (Av 24, AM 4856), killing 10,000 Jews in its first month and destroying Jewish communities in France and the Rhineland.

Germany entered World War I on August 1–2, 1914 (Av 9–10, AM 5674), which caused massive upheaval in European Jewry and whose aftermath led to the Holocaust.

On August 2, 1941 (Av 9, AM 5701), SS commander Heinrich Himmler formally received approval from the Nazi Party for “The Final Solution.” As a result, the Holocaust began during which almost one third of the world’s Jewish population perished.

While the Holocaust spanned a number of years, most religious communities use Tisha B’Av to mourn its 6,000,000 Jewish victims, in addition to or instead of the secular Holocaust Memorial Days. On Tisha B’Av, communities which otherwise do not modify the traditional prayer liturgy have added the recitation of special kinnot related to the Holocaust.

In connection with the fall of Jerusalem, three other fast-days were established at the same time as the Ninth Day of Av: these were the Tenth of Tevet, when the siege of Jerusalem by the Babylonians began; the Seventeenth of Tammuz, when the first breach was made in the wall by the Romans; and the Third of Tishrei, known as the Fast of Gedaliah, the day when Gedaliah was assassinated in the time of the Babylonians following the destruction of the First Temple. The three weeks leading up to Tisha B’Av are known as The Three Weeks, while the nine days leading up to Tisha B’Av are known as The Nine Days.

What Happened on the Ninth of Av?

1. The Spies Returned With a Bad Report
Picture this: The year is 1313 BCE. The Israelites are in the desert, recently having experienced the miraculous Exodus, and are now poised to enter the Promised Land. But first they dispatch a reconnaissance mission to assist in formulating a prudent battle strategy. The spies return on the eighth day of Av and report that the land is unconquerable. That night, the 9th of Av, the people cry. They insist that they’d rather go back to Egypt than be slaughtered by the Canaanites. G‑d is highly displeased by this public demonstration of distrust in His power, and consequently that generation of Israelites never enters the Holy Land. Only their children have that privilege, after wandering in the desert for another 38 years.

2. Both Holy Temples Were Destroyed
The First Temple was also destroyed on the 9th of Av (423 BCE). Five centuries later (in 69 CE), as the Romans drew closer to the Second Temple, ready to torch it, the Jews were shocked to realize that their Second Temple was destroyed the same day as the first.

3. The Battle at Betar Was Lost
When the Jews rebelled against Roman rule, they believed that their leader, Simon bar Kochba, would fulfill their messianic longings. But their hopes were cruelly dashed in 133 CE as the Jewish rebels were brutally butchered in the final battle at Betar. The date of the massacre? Of course—the 9th of Av!

4. The Romans Plowed the Beit Hamikdash
One year after their conquest of Betar, the Romans plowed over the Temple Mount, our nation’s holiest site.

6. The Jews Were Banished From Spain
In 1492, the Golden Age of Spain came to a close when Queen Isabella and her husband Ferdinand ordered that the Jews be banished from the land. The edict of expulsion was signed on March 31, 1492, and the Jews were given exactly four months to put their affairs in order and leave the country. The Hebrew date on which no Jew was allowed any longer to remain in the land where he had enjoyed welcome and prosperity? Oh, by now you know it—the 9th of Av.

7. Both World Wars Began
The Jews were expelled from England in 1290 CE on, you guessed it, Tisha b’Av. Ready for just one more? World War II and the Holocaust, historians conclude, was actually the long drawn-out conclusion of World War I that began in 1914. And yes, amazingly enough, Germany declared war on Russia, effectively catapulting the First World War into motion, on the 9th of Av, Tisha b’Av.

THE PERFECT STORM : WAR AND VIRUS!
That’s the picture of the world today. We are in the eye of the storm! I believe that sometime in and around the 9th of Av(August 5th), the Psalm 83 war could break out and Monkey-pox has been declared a pandemic calling for a global lock down!

Waiting On The SOON Rapture….Night Watch with Bro Chooch

Soon and very soon now! TODAY is the BEST day of your salvation! You are fast running out of tomorrows to call on Jesus to save you!! The next tomorrow could be too late! Call on Jesus NOW to save you BEFORE the Time of Jacob’s / Israel’s Trouble (the 7 year Tribulation) begins!! 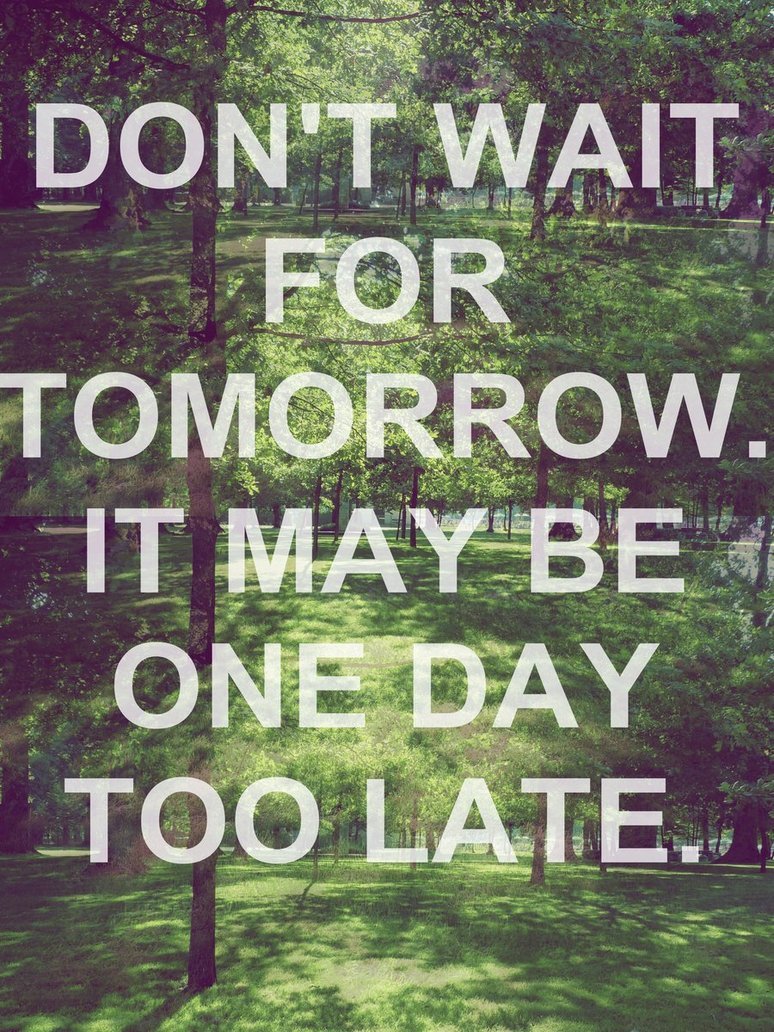 An Excellent 9 minute Explanation Of It All!
You Should Watch These videos...Excellent and Timely!
The Ties That Bind
IF THE SKY DOESN'T TELL US THE CORRECT TIME, THEN WHAT OR WHO DOES? (July watch)