“They Live”! Piped The Piper. 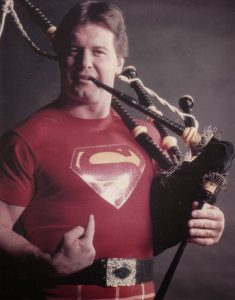 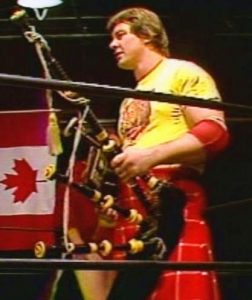 If you were a kid or teenager in the 80’s you most probably know who Rowdy Roddy Piper is. If you are a truther, Christian or other wise, you most probably know who he is because of the cult classic film “They Live” from 1988. Sadly, he passed away on Thursday July 30th, 2015 in his sleep of a “heart attack”. His job has been completed. Why “air quotes” around the word heart attack? Well, it’s just an odd occurrence with the other details that surround his career such as the film “Hell Comes To Frogtown” but especially with the film “They Live”.  Perhaps he was what I call it now, “Breitbarted”, with a special weapon our government has had created that shoots a chemical into the blood stream from a distance that leaves no visible wound or leftover traces in the blood stream but can cause a heart attack. {You can see a small clip about that here as well as others on YouTube etc: FLASHBACK: CIA Heart Attack Gun (1975)} Or, perhaps he was killed off ritually by another means and reported as heart attack because of the tie to the film and the short story the film was based on,  “8 o’clock in the Morning” by Ray Nelson. Or, perhaps at the age of 61 (a pretty fit 61), he did actually have a heart attack in his sleep. I mean come on it does happen right?!?

What does this have to do with the end of days or end times?? Well, the film was made (under the form of just entertainment conspiracy) to show that there is a ruling force other than what the populace knows about. We see all things such as news, TV shows, music, etc., as one way but there are underlying messages and tactics used by these ruling forces to cause us to behave, think, and respond to those thoughts in ways the shadow rulers actually want us to. The goal is full control and to establish the new Babylonian empire via a New World Order that the antichrist will rule one day soon. God forewarned us about these forces in his word here:

So, whether it is occult manipulation or someone actually trying to wake people up to what is actually going on in Satan’s devised Matrix (which through Gnosticism he likes to blame the TRUE God for), it does in fact relate to these end times. Also, when something draws the masses eyes to it you can bet there are ritualistic hidden messages and meanings on the esoteric level as well as what is on the surface. So, lets get to it. So far, at the time of this write up, Enter The Starz has put together three pretty interesting summations on Roddy and the film “They Live” and also “Hell Comes To Frogtown”. I have posted them below. And, for those who have not seen the 1988 flick I provided a link to it at the bottom as well. Enjoy this new rabbit hole folks and, if I were you, I’d keep looking up because events just keep piling up daily that point to Jesus’ soon return. But that’s just me. 😉

Enter the Starz: Roddy Piper’s HEART STOPS in SHORT STORY “8 O’CLOCK” that “THEY LIVE” Was Based On!!!

They Live (It has Spanish subtitles but they stay out of the way so..)