The Theory of Everything encrypted in the Bible?

This is an excellent short video of some things discussed previously in some past blog posts here…..

“Physicists, for decades, have been trying to discover the Theory of Everything. This theory, otherwise known as Emergence Theory, is an all-encompassing, eloquent equation that explains everything in reality. In other words, it is the mathematical equation that provides the explanation for everything in the universe. One must realize that physicists’ sole purpose is to understand the universe without the possibility of a supreme being or creator. For them, God can never enter the equation. I believe that the answers to these unsolved problems are in the one place that physicists refuse to look — the Bible. The Bible is not just a communication device or a historical document. It is an omni-dimensional expression of God that also encapsulates His creation. Join me on this journey as I take a look at how the Bible clearly provides data for every mathematical discipline and the answers to the most profound mystery known to mankind.”

Is the Theory of Everything encrypted in the Bible? Where Science and Scripture Collide

* In Him All Things Hold Together

The Fibonacci series is a mathematical formula found in nature that shows an order to things in nature which could only have come by an intelligent Creator. The snail’s shell is a good example. If you look to the stars you can also see this series in our Milky Way galaxy. Two completely different things and two completely different properties. How can these two have the same pattern if not by the same Common Designer? The God of the Bible. 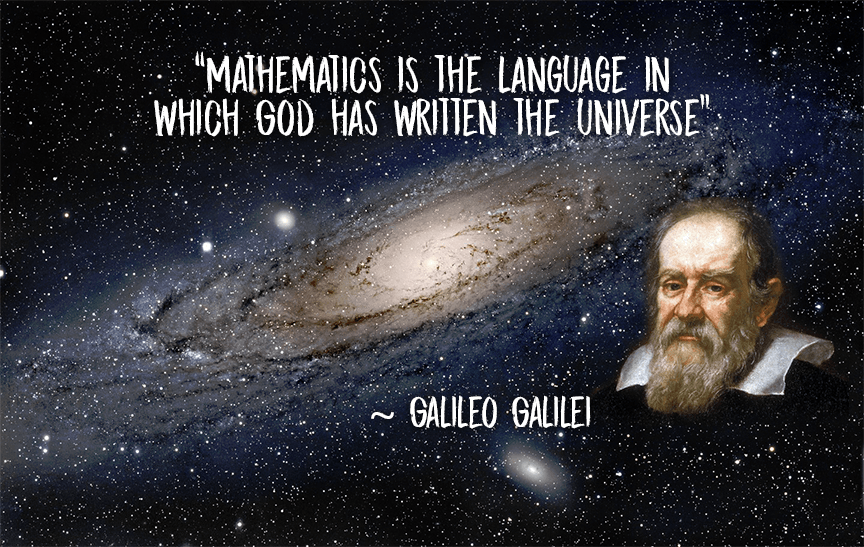 Plants and many other things in nature are keyed to various involved mathematical formulas, one of which is the Fibonacci series. Leonardo of Pisa, nicknamed Fibonacci (c. 1170-1230 A. D.) discovered this particular formula.It begins with: 0,1,1,2,3,5,8,13,21,… and runs onward, with each number the sum of the previous two numbers (8 + 13 = 21, 13 + 21 = 34, etc.). This series is to be found in the reproduction of male bees, the number of spiral floret formations visible in many sunflowers, spiraled scales on pine cones and pineapples, the arrangement of leaves on twigs, as well as many other structures. If you were to look downward from above on a tree trunk, you would find that the branches emerge in accordance with the Fibonacci pattern. One will issue from the trunk at a certain point, the next one above it will emerge on a different side of the tree at a point in relation to the series. Gaze into a sunflower head and you will clearly see the Fibonacci series in the manner in which the seeds are arranged; there you see lines spiraling outward. Look sideways at a closed pine cone and you will see the series spiraling around the cone…ONLY COULD THIS MATHEMATICAL FORMULA EXIST WITH A CREATOR’S INTELLIGENCE, OUR GOD THE GOD OF THE BIBLE! ~ Shared on Biblical Creation’s Facebook link