The Theory of Crisis and Quantum Entanglement

Leave it to one of my favorites to follow Pete Garcia when I don’t have a new blog write up ready to post just yet. Another home run hit the nail on the head article to read! 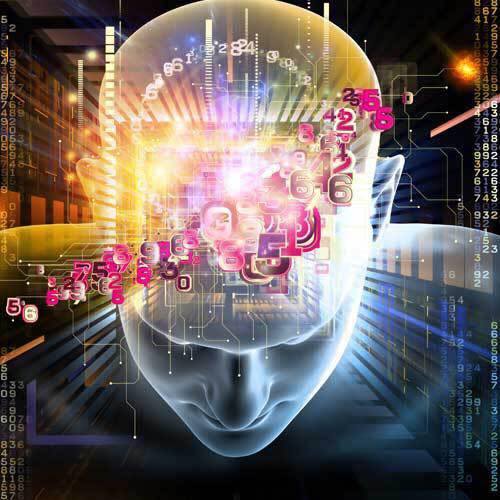 The Theory of Crisis and Quantum Entanglement

According to Revelation 13, the whole world will one day come under the authority of one man, one religion, and one economic system. We know this financial system is extremely successful because when it is destroyed in Revelation 18, the world is in deep mourning over it. But that scenario seems so distant from today’s world. Currently, we are as divided a race as we have ever been. We divide by country, culture, and ethnicity, economic, financial, religious and philosophical persuasions so vast it would be impossible to count.

How does the world go from many diverse groups and divided nations to a world united under one system? Well, rather quickly as it turns out. Not only does crisis demand rapid unified action in order to solve itself, but it also presents opportunity. People will set aside differences to overcome an emergency. And in that briefest of moments of confederation, an opportunity will arise. Rahm Emmanuel hit the nail on the head when he infamously quipped, you never let a serious crisis go to waste.

For the past forty years, the world has seemingly been on the edge of a perpetually changing global climate disaster. First, it was global freezing. Then it was global warming. Then, because the facts kept refuting the obvious, it just became the catch all climate change. The obvious truth now with hindsight is that the world powers (i.e.…globalist organizations such as the United Nations and its subsidiaries) want total control and are willing to use climate change as that guise. They want global taxes on carbon output and stringent bureaucratic laws on virtually every industry.

They need a global crisis to implement sweeping changes to usurp national sovereignty. What is hampering them from this, of course, is its largest benefactor, the United States. Due to our Constitution, the US limits the amount of authority the politicians can hand over to another entity due primarily to its political checks and balances. So for the past 72 years, the world has been at an impasse for true global governance. In other words, as of right now, they have global governance in name only. I mean, who’s afraid of seeing the light blue helmets of the United Nations troops show up anywhere?

So while the stalwart US remains reluctant to give up its sovereignty (this fluctuates between political administrations), the world is increasingly having problems that are “global” in nature. The problems seemingly demand global leadership. One of these “problems,” is the Palestinian/Israeli “crisis” that has been ongoing now for the past forty years. The land for peace deals that began in 1977 with the Camp David Accords has been the unsolvable problem every president since Carter has tried to tackle…and failed. Hard to find a solution when one side (Israel) wants peace, the other side (Palestinians) wants Israel’s destruction.

The fact that the world keeps perpetuating this false narrative of land for peace means that it will not concede to the existence of a Jewish state. It can’t. The reborn nation of Israel is the prophetic validation of what was in Scripture for thousands of years. Yet, the Trump Administration has begun back door negotiations in the promise to finally break the impasse that has embroiled every political administration since Truman. How do you bring peace to a region that vehemently hates and wants to destroy Israel? While we may applaud our current administration’s attempts at finally bringing legitimate peace to a decades (actually millennia) old problem, it cannot be solved until one final piece of the puzzle is brought to bear.

He causes all, both small and great, rich and poor, free and slave, to receive a mark on their right hand or on their foreheads, and that no one may buy or sell except one who has the mark or the name of the beast, or the number of his name. Here is wisdom. Let him who has understanding calculate the number of the beast, for it is the number of a man: His number is 666. Rev. 13:16-18 NKJV

While current political power and authority may have been stalled in a quagmire over the issue of sovereignty, the economic markets have marched lock step into the each other’s arms…becoming impossibly entangled in a web that has only become more interdependent since the advent of the World Wide Web. Almost every major business organization is international. All banking systems to one degree or another, have become transnational. Communication networks and their mediums have become global. The only thing that has not become international is the actual American government entities themselves…even though they have become increasingly beholden to global interest groups.

Economically speaking, the world is currently racing toward three technologies that will make a one world political and economic system possible. These are the things to watch for in the coming weeks, months….CLICK HERE to continue

It's baaaaack....Scientists prepare CERN collider restart in hunt for "dark matt...
CERN Update via Anthony Patch on Kev Baker Show
A Flat Earth? Why? And The Mandela Effect
Whoever Denies Me Before Men, I Also Will Deny Before My Father Who Is In Heaven...