The US Plunges the Knife Deeper Into Israel’s Back Today 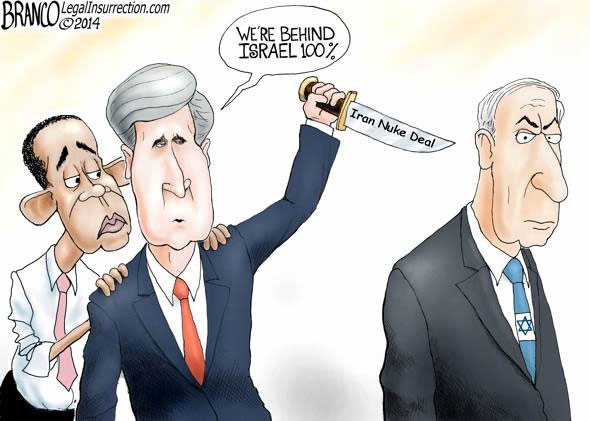 So the deal has been done. Six world powers along with Iran made a deadly deal for Israel today by allowing Iran to further their agenda in developing nuclear weapons to wipe Israel off the map. All the gum drops and cotton candy falling from the sky BOGUS speeches the liar in chief gives from here on out, including the one today, actually translate into they could give a care less what happens to Israel and its people as long as it helps to further their agendas and further the New World Order. Tick tock the alarm is about to ring! Remember this post of mine? “Well March is starting off with a bang”. 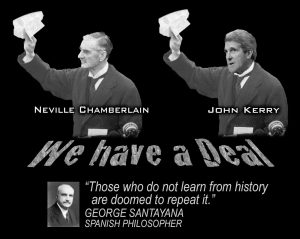 I am now wondering if Israel will strike at Iran’s reactors to take care of business themselves. If they do then, you can rest assured that the end times battles are beginning. This will most certainly end up in the Ezekiel battle of 38-39 (Russia/Iran aligned against Israel). Some where in this mix will be Psalm 83 etc. It is my belief that this Ezekiel battle will result in the start of the Tribulation if not at the start then as it gets going. An interesting date for any skirmishes possibly starting up is the up coming 9th of Av. It falls on July 25-26 this year. Boy, my previous blog post September speculations for this year sure are shaping up to actually BE something after all! Let’s keep watching but most of all….GET SAVED!! Time is running out on the early warnings!! I have included a very short video response from Netanyahu as well as some interesting articles to reference for you below.

Really good compilation on this:

“The West has ignored public outcry, outcry from lawmakers especially in the US. The US has ignored the fact that Iran is holding American prisoners. At least one for their Christian faith, forging ahead into this historic deal. This would be funny and material for Saturday Night Live if it weren’t so serious. The world powers have just boosted Iran into a front seat in the world. A new world complete with economic & military power that equals powerful Western Nations. The Middle East has been reshaped, and re-defined and old alliances and allies have been thrown out…” MORE at HIGHLIGHTED link above

by: L. A. Marzulli
‘Iran have been given a license to kill’: Furious Israel condemns ‘historic surrender by the West to the axis of evil’ as Tehran agrees nuclear power deal…

…Bill Salus has written about what may be the next conflict in the Middle East and this is the notion that the Israeli’s will have no choice but to bomb the Brashear reactor in Iran.  We’ll see what transpires in the months ahead, as the deal will force the Israeli’s to go it alone, as Israel is being forced to act in its own best interest; and, I would posit, we will see some type of action against the Iranians and their proxy army Hezbollah soon.

In closing today’s post.  In my opinion…THE REST at HIGHLIGHTED link 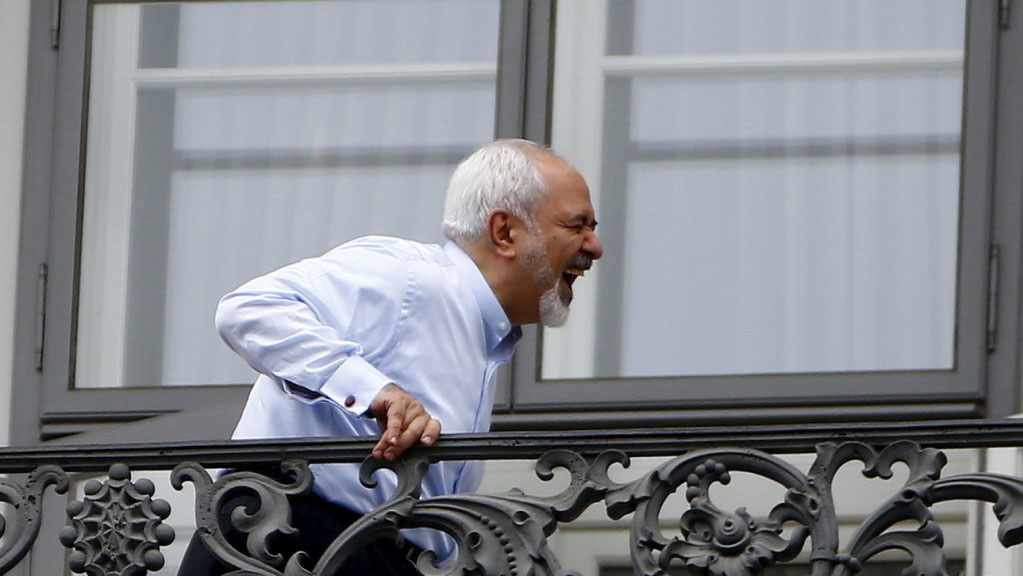 Iranian Foreign Minister Javad Zarif stands on the balcony of Palais Coburg, the venue for nuclear talks, Austria, July 13, 2015. Iran and six world powers appeared close to a deal on Monday to give Tehran sanctions relief in exchange for limits on its nuclear programme, but Iranian officials said talks could run past their latest midnight deadline and success was not guaranteed. REUTERS/Leonhard Foeger TPX IMAGES OF THE DAY – RTX1K8UH

Iranians posting across social media platforms are elated that Iran and six world powers reached a historic nuclear deal Tuesday after almost a decade of negotiations. The agreement limits Iranian nuclear activity in exchange for billions of dollars in sanctions relief….MORE at HIGHLIGHTED link above

The agreement legitimizes Iran’s nuclear program, allows it to retain core nuclear facilities, permits it to continue research in areas that will dramatically speed its breakout to the bomb should it choose to flout the deal, but also enables it to wait out those restrictions and proceed to become a nuclear threshold state with full international legitimacy. Here’s how….MORE at HIGHLIGHTED link above

The 9th of Av or Tisha B’Av

Tisha B’Av (help·info) (lit. “the ninth of Av”) (Hebrew: תשעה באב‎ or ט׳ באב) is an annual fast day in Judaism which commemorates the anniversary of a number of disasters in Jewish history, primarily the destruction of both the First and Second Temples in Jerusalem.

Tisha B’Av is regarded as the saddest day in the Jewish calendar and a day which is destined for tragedy.[1][2] Tisha B’Av falls in July or August in the Western calendar.

The observance of the day includes five prohibitions, most notable of which is a 25-hour fast. The Book of Lamentations, which mourns the destruction of Jerusalem is read in the synagogue, followed by the recitation of kinnot, liturgical dirges that lament the loss of the Temple and Jerusalem. As the day has become associated with remembrance of other major calamities which have befallen the Jewish people, some kinnot also recall events such as the murder of the Ten Martyrs, massacres in numerous medieval Jewish communities during the Crusades and the Holocaust….MORE at HIGHLIGHTED link above

The previous 9th of Av Events

This is a list of secular events that happened on the 9th day of the Jewish month of Av to the Jews. All these are verifiable in the history books.

The Mystery of the Ninth of Av Jonathan Cahn 2015

Also see another previous blog post in relation to this news of today:

These are the days called The End Times

These are in fact the end times and we are now in the very last moments of seeing the coming of the Tribulation (Time of Jacobs/Israel’s trouble). We have had warnings from God by him having his prophets and followers writing them down. They are now in a book called the Bible. The end times events will be centered around Israel, Jerusalem and the budding of a ONE world government (that includes the USA unfortunately) and religious system…We are seeing all of these things being put into place right now and they have been in the works for some time but, these days we see all things warned about happening at once and in one time frame..Ours!

Jesus told us all when he was speaking directly to his disciples of all of these things in advance so, that when they occurred we would believe and, if not already, be saved when we see them coming about….THE REST at the HIGHLIGHTED link

Making A Post And The More I Thought About It....
The Thing About Warnings
The Deal of the Century Aftermath: What Comes Next?
Daniel's Prophecy of 2021, and the Berisheet Prophecy of 2023... Which is it? (2...