The Rabbi Who Corrupted Our Bible 2,000 Years Ago & Rebooting The Bible

This is not what you may be thinking it is when reading the titles of the blog posts Douglas Woodward made or the interviews or his book title: Rebooting the Bible. In fact, his findings actually strengthen our faith in Jesus and God as well as prove God’s sovereignty over his word to keep the message in tact. There is documented evidence that the scriptures were altered 2000 years ago to try and remove anything that pointed to Jesus as Messiah. Chiefly responsible is Rabbi Akiba and his followers. They wanted to get rid of the “Christian cult”. Anything done to alter or change God’s word to remove the scriptures that point to Jesus and the time of his arrival have obviously not worked. Actually, per our sovereign God, any damage attempted to alter the Old Testament is reconciled in the New Testament from the translations. Also, Old Testament Chapters such as Psalm 22 and Isaiah 53 among other hints through out the Old Testament remain untouched.

What this does do, for me, is strengthen my thoughts on “what has been will be again” during the 7 year Tribulation. I do believe the antichrist will most likely be Jewish and I do believe he will accept, enforce and, act on the Noahide laws. I think they will be decapitating those tribulation saints who profess Jesus as messiah under the law of not worshiping idols. All other faiths are ok per the Noahide Laws. The only ones who are not are those who say Jesus is God and that Jesus is Messiah. I think we are in a critical time. I think the pre-tribulation rapture is about to occur and the time of Jacob’s trouble is about to begin. This coming peace deal will be one to pay attention to (if we are still here). Things are falling into place.

But, getting back to the topic, there is far more in depth information to be gleaned from Douglas Woodward’s book. Please, take the time to watch these interviews below and then read his book. I have bought one and am in the middle of reading it now. It is very good and extremely well documented and foot noted for those who want to dig deeper and check on his work. I am also including an excerpt to one of a few blog posts he did on this at his own site.

*** Disclaimer: I am not a Commonwealth Theologist / Two House Theology at all. One danger could be in that theology is that they might end up accepting the Noahide Laws as something docile in nature. Not sure how they view them. I’m dispensationalist and Pre-trib. To me it makes the most sense of all scritpually. As far as I know Douglas Woodward is as well (at this juncture). That said, if someone differs from me in rapture placement or dispensations etc. but are solid on Jesus being the one true and only way to the father for salvation by grace through faith and that he came, died for us ALL on the cross and rose again and are sound in the Gospel of Jesus they are brothers and sisters in Jesus and we can still learn from each other in some areas. Just because someone does not agree with you on when the rapture happens for example, does not make them a heretic. Unless, they teach another Gospel or are trying to MAKE you believe what they do like a cult would do. Discernment is key obviously when studying. All that said, this dialogue below was very insightful. That does not mean I agree with ALL things the interviewer may believe in. Same goes with others I have shared on my blog. Eat the meat and spit out the bones so to speak. ***

THE RABBI WHO CORRUPTED OUR BIBLE 2,000 YEARS AGO

Summary: One Rabbi, 2,000 years ago, led the campaign to corrupt our Old Testament (the Masoretic Text that all Protestant Bibles follow). And He succeeded – at least in a narrow sense. He is known as the father of Rabbinic Judaism. His name is Rabbi Akiba ben Josef (50 A.D. – 135 A.D.). Not only was he responsible for creating a Judaism that was no longer dependent upon a Temple and its sacrificial worship, he sought to obscure messianic passages in the Old Testament including the timing when Messiah was believed to arrive. In this article, I make the case that Akiba was indeed the principal figure responsible for establishing the Oral Law as superior to the Written Law (i.e., the Bible), but he also led the effort to block the conversion of Jews to Christianity by altering the messianic passages Christian evangelists used to preach the Gospel.

The Talmud states that “When R(abbi) Akiba died, the glory of Torah ceased.” (Sotah 49a). Harry Freedman asserts, “Akiva is the best known and most highly regarded of all the rabbis. Legends and stories about him abound.”[1] Louis Ginzberg (1873 – 1953), a conservative Talmudic scholar, wrote in TheJewish Encyclopedia,this summary of his importance:
Daniel C. Gruber, Rabbi Akiba’s Messiah, 2013.

The greatest tannaim [scholars and teachers] of the middle of the second century came from Akiba’s school, notably Meir, Judah ben Ilai, Simeon ben Yohai, Jose ben Halafta, Eleazar ben Shammai, and Nehemiah. Akiba’s true genius, however, is shown in his work in the domain of the Halakah; both in his systematization of its traditional materialand in its further development… Our Mishnah comes directly from Rabbi Meir, the Tosefta from R. Nehemiah, the Sifra from R. Judah, and the Sifre from R. Simon; but they all took Akiba for a model in their works and followed him.” (Sanh. 86a) We are told that,“All are taught according to the views of R. Akiba.”[2]

According to the Encyclopedia Judaica, Aquila, one of Akiba’s most noteworthy pupils, created a new Greek translation that closely followed Akiba’s exegesis. This “Akiba-endorsed” Old Testament became the accepted Old Testament for the Greek-speakingJewish diaspora, eventually displacing the Alexandrian LXX. This is a strategic point to which we will return. Louis Finkelstein (1895 – 1991), another noted Talmud scholar wrote, “The later Talmudists rated these achievements so high that they declared Akiba had saved the Torah from oblivion. They ranked his work [equal to] the discovery of the Law in the days of Josiah and Ezra.”[3]In the Talmud, praise is heaped upon Akiba in many places. One such acclamation pointed out Akiba’s persistence in assembling the early Talmud:

To what may Akiba be compared? To a peddler who goes about from farm to farm. Here he obtains wheat, theirbarley, and in a third place, spelt. When he comes home,he arranges them all in their respective bins. So Akiba went about from scholar to scholar, getting all the traditions he could; and then he proceeded to arrange them in an orderly granary.[4]

Arthur Daniel Gruber pulls together the most vital points of Akiba’s importance, including the title “the father of Rabbinic Judaism.” Before Akiba, there were many “Judaisms,” but after he finished his work, there was only one.While he compiled and edited what went before, “his disciples completed the work with what came later. Their work, the whole Talmud, is a natural extension of the purpose, system, and procedure that he put together.”[5]For Gruber, the Talmud is “a declaration of rabbinic authority.”…THE REST at LINK

Disputed Lands In The Trench: “Rebooting the Bible” – Join us (Chad Schafer) as Doug delves deep into an ancient conspiracy to hide the Messiah and to change history! You want to miss these episodes! This is a 4 part series of discussion about this topic and it is well worth the time. The first one goes a bit slow and the sound is off but the sound gets better in the other videos. The discussion picks up with more meat. The first one was just a basics about what further discussions will be. Please listen fully and try not to assume anything until you listen closely to what Douglas is saying. It really is worth the time and important information.

{ FOR PARTS 2-4 YOU HAVE TO CLICK ON THE VIDEO AND THEN CLICK ON THE LINK  that says “Watch this video on YouTube” TO GO TO CHAD’S YOUTUBE SITE TO WATCH THEM. HE DOES NOT ALLOW THESE TO BE SHOWN ANYWHERE ELSE.} 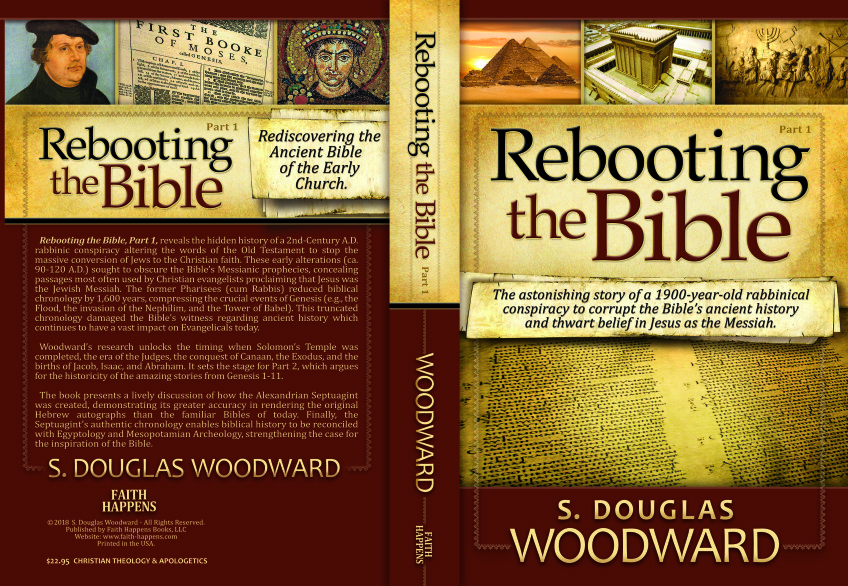 For Christian Truthers and or Replacement Theologists… A mere nutshell response…

A Man Of Sorrows...Pierced For Our Transgressions
Trump's Peace Plan
Foreshadows of the Black Horse?
Weary Watchmen & The Closing Door