The Deal of the Century Aftermath: What Comes Next?

Hi all. I have just been too busy and tied up to get out a good post about all the latest news. Please check out Unsealed’s latest on Trumps “Deal of The Century” peace plan. There are some other things surrounding this but I just don’t have the time just yet. The latest in the Corona Virus and how it could be tied to a marshal law, forcing vaccines via a China type credit system as a way to issue the mark of the beast is one of the things. I’ll add three videos below that bring that up.

I hesitate to share the new agey links because people may get confused but the fact is that they will most likely play a part in Satan’s coming new world order and religion. There is a thing called STONEFLOWER KABBALAH (related to The “Flower of Life” in Sacred Geometry) which MIGHT play a part in the mark of the beast. I can see how easily those people who are left behind and who are caught up in the delusion will be fooled and deceived and in awe from seeing these fallen angels (maybe as aliens??) appearing before their eyes using this information to promise them eternal life and healing. Please be cautious when looking into things of that nature. Only do so for information purposes but leave it alone afterwards. It is Jewish mysticism that Jesus FORBIDS us to get involved in. The enemy does use these things and will continue to use them going forward. Satan and the fallen angels steal things from God and twist and distort them to get worship for themselves and to harm mankind. My mention of it is only to show how the ENEMY of God will use these things against people during the Tribulation. I will do my best to get a blog post out soon but, at this rate, we may be raptured before I could even put a post out..he he he. Anyway, please check this out! 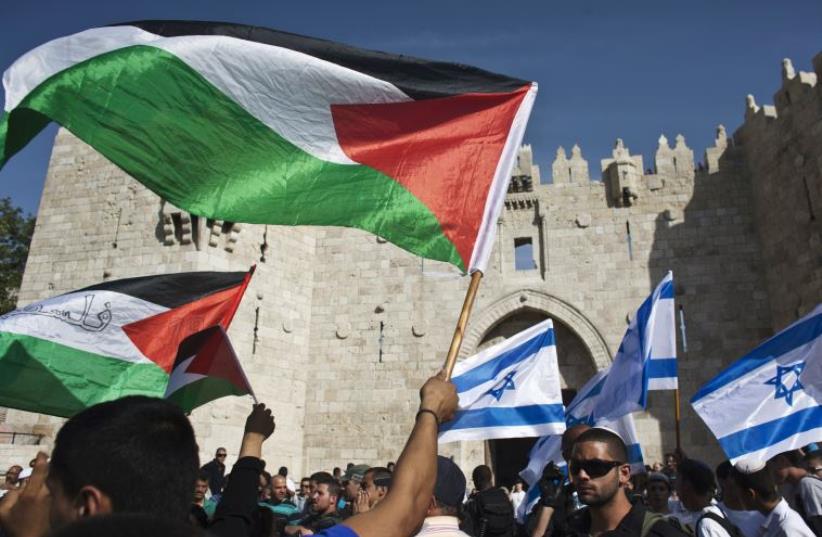 I’m afraid that many are missing the massive significance of this peace deal reveal. The fact that the Palestinian Authority has already rejected the deal was to be expected. As a matter of fact, Abbas had “pre-rejected” the deal. Ever since U.S. recognition of Israel’s right to Jerusalem, Abbas has said any American peace plan would be dead on arrival. That’s a given—from the Palestinian side. Here are some of the key reasons the reveal is a game-changer…Click HERE for the rest.

CONCERNING THE TRUMP “PEACE PLAN”.
THREE years in the making, the Trump peace plan was finally unveiled this week.

Crucially, the so called “Deal of the Century” allows for the creation of a Palestinians state twice as large as the area Palestinians currently control, with a capital in East Jerusalem.

The agreement authorizes the formation of the Palestinian state in four years, provided that Palestinians agree to stop supporting terrorism and disarm terrorist organizations Hamas and Islamic Jihad.

And so the Trump peace plan, as predicted, proposes a further division of the Land of Israel, which is even now comprised of only a fraction of the territory established in Scripture (Exodus 23:31~33).

It’s well documented how attempts by foreign leaders to change the borders of Israel have been met with disaster or loss in their own land. For instance, in 2005, President George W. Bush pressured Israel to turn over all of Gaza to the Palestinians. On the day that the very last Jewish residents were evacuated from Gaza, a storm named Katrina—which would become the costliest natural disaster in US history up until that time—started forming over the Bahamas.

With the biblical principal that God judges those who divide His land in view (Joel 3:2), it’s more than a little uncanny that just two hours after Trump proposed giving parts of Israel to those who chant “Death to Israel,” a massive 7.7 earthquake struck the Caribbean, shaking buildings as far away as Florida’s east coast.

According to the USGS website that tracks quakes and tremors, people reported shaking from West Palm Beach, down to the keys.

West Palm Beach is home to Donald Trump’s famous Mar~a~Lago Club, which he calls the “Southern White House,” and has served as his and Melania’s primary residence since September 2019.

The 7.7 quake was one of the most powerful ever recorded in the Caribbean and the largest since 1946.

That Florida was shaken is striking on its own because, due to the fact that the Sunshine State is not located near any tectonic plate boundaries, it rarely sees earthquakes. In fact, Florida is tied for first place as having the fewest quakes of any state in the US.

If previous attempts to divide the Promised Land have been offensive to God, the Deal of the Century—though viewed by pundits and politicians as favorable to Israel—is surely all the more.

Think about it. The Bible is chock full of signs and timelines that tell us when Jesus is returning, i.e. 6,000 years from Creation and one generation after the “fig~tree” nation (Israel) puts forth leaves (Matthew 24:32~34; Psalms 90:10).

Now that the time is clearly upon us, the leader of the biggest Christian nation is facilitating what amounts to a “deal with the devil” that trades portions of God’s Land for a bogus promise of peace.

Making it worse, Israel’s current and potential prime ministers, Netanyahu and Gantz, are amenable to the plan, assuming authority to give away land that Scripture says God is only “leasing” to them (Leviticus 25:23).

Can you see how the Lord, as patient and slow to anger as He is, might be annoyed?

It will be interesting to see what happens in the US and Israel in coming weeks, especially if the Deal of the Century gains traction.

Meanwhile, other prophetic signs such as the burgeoning Coronavirus outbreak and a massive locust swarm in the Horn of Africa threaten financial markets and food supplies.

Jesus said He would return at a time when events are ramping up, like birth pains (Matthew 24:8; 1 Thessalonians 5:3).

It’s difficult to imagine things ramping up much more.

Three short videos as promised above…Keep in mind this is just conjecture and thinking out loud.

Do not Panic about the Wuhan 7GrainsofSalt

There’s Something Strange About The Coronavirus Outbreak

THIS IS WAR ON YOUR DNA. NEW WORLD ORDER RISING. RAPTURE NEXT, TRIBULATION FOLLOWS.

Didja know this yet? I, petgoat II: CERN as a Portal
See You In September...
9yr Old Sees A Powerful Vision Of A Coming Asteroid, Nukes Coming To America And...
Holocaust Remembrance Day