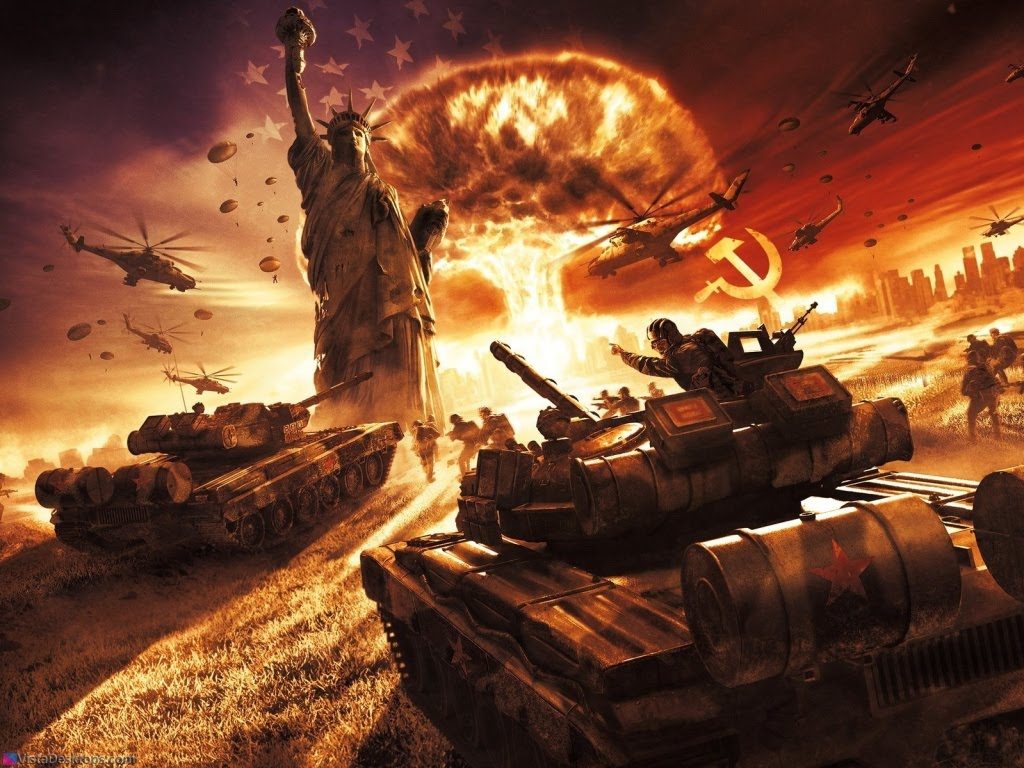 So, if you follow the current events, you know that World War III is on the horizon as well as the Gog Magog battle talked about in Ezekiel chapters 38-39. These are End of Days battles that lead to the 2nd physical return of Jesus after a 7yr period of Tribulation. The timing of these wars are key and they are often mixed up or misunderstood by some of those who study end times Bible prophecy. It can be confusing to try and make sense of why certain things are happening and at what times. It is so close to the shocking beginning of these battles that I thought it to be a good idea to offer some valuable information that can help sort it out or get you started in the right direction of looking into these matters on your own.

I can tell you that NOW is the time to be saved and accept Jesus as your savior and follow him because, time is coming to its inevitable fruition that starts the final stages of life as we currently know it on this Earth into, as the Bible states, a time that this Earth has not ever seen before. {Matthew 24:21-22 ~ For then there will be great tribulation, such as has not been from the beginning of the world until now, no, and never will be. And if those days had not been cut short, no human being would be saved. But for the sake of the elect (I’m adding here that the elect is Israel) those days will be cut short.} It is about to begin soon and you just can’t take that chance of missing out on existing with the one true God forever in peace and love where there will be no more tears or sorrows. Or, you can chance it, miss the mark and end up in the Tribulation where you are not guaranteed to live long enough to repent or change your mind and accept Jesus. Don’t put it off any longer. It is in your best interest to take these things very seriously and look into them NOW and make your choice. But that’s just me, or is it?

Here are two very good write ups with point by point break downs to help you get a grasp of these wars. They are by Lamb and Lion Ministries. One is written by Dr. David Reagan and the other by Nathan Jones. I offer a clip of each one and then the highlighted link to each one so that you can read the rest and peruse their ministry site as well. Enjoy!

Timing Gog-Magog
When will Ezekiel 38-39 be fulfilled?
By Nathan E. Jones 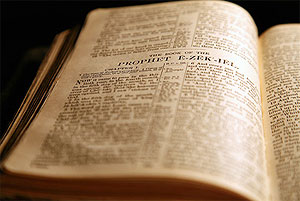 A long 2,600 years ago the great Hebrew nabi Ezekiel unveiled the prophecy the Lord God had divulged to him concerning the future of the nation of Israel. Recorded in The Book of Ezekiel chapters 36 and 37, the prophet revealed that God would fulfill His promise to regather the Jewish people “from all the countries” (Ezek. 36:24) of the world where they had been dispersed and bring them back to the land promised to their forefathers Abraham, Isaac and Jacob (Gen. 17:7; 1 Chron. 16:17-18; Ps. 105:8-11; Rom. 9:4).

Like dry bones reanimated into a living person, Israel did indeed become a nation once again on May 14, 1948, after nearly 1900 years since the Romans destroyed Jerusalem in 70 A.D and scattered the Jewish people across the globe. After all these centuries, this prophecy has been fulfilled in our modern generation!

God wasn’t done unveiling the future of Israel to Ezekiel and the world, though, for the following two chapters portray a great trial for the newly established nation of Israel — the Gog-Magog Battle. Because of the unique characteristics and the great detail in which chapters 38 and 39 describe this battle, history shows the Gog-Magog Battle is a prophecy yet to be fulfilled.

The Gog-Magog Battle is set between a massive coalition of nations descended from Noah’s sons Japheth and Ham against Israel (Gen. 10:2-7). The nations are from the territories of ancient Rosh, Magog, Meshech, Tubal, Persia, Cush, Gomer and Beth-togarmah. Their leader is called “Gog, prince of Rosh, Meshech and Tubal” (Ezek. 38:2-3). The battlefield is on the “mountains of Israel, which had long been desolate” (Ezek. 38:8). The purpose of the invasion is to “plunder and loot” and destroy the people of Israel (Ezek. 38:12, 16).

The end result of an invasion by such a seemingly invincible army on a seemingly unprotected Israel will surprise the invaders and shock the world. The invading nations are in truth being manipulated by God, pulled out of their lands as with “hooks in [their] jaws” (Ezek. 38:4), so that those nations can feel the “hot anger… [of] the Sovereign LORD” (Ezek. 38:18). God drags these specific nations to the “mountains of Israel” to “execute judgment upon him [Gog] with plague and bloodshed… torrents of rain, hailstones and burning sulfur on him and on his troops and on the many nations with him” (Ezek. 38:22). God’s purpose of personally interceding using the supernatural destruction of so massive an army is not just its destruction, but “so I [God] will show my greatness and my holiness, and I will make myself known in the sight of many nations. Then they will know that I am the LORD” (Ezek. 38:23).

By His supernatural victory in the Gog-Magog Battle, God reintroduces Himself to the world and declares in no uncertain terms that He is personally defending Israel. Should the peoples of the world doubt they only have to look on Israel who “will go out and use the weapons for fuel and burn them up… for seven years they will use them for fuel” (Ezek. 39:9) and “for seven months the house of Israel will be burying them” (Ezek. 39:12) in the newly named “Valley of Hamon Gog” (Ezek. 39:11) by a newly built “town called Hamonah” (Ezek. 39:16).

Ezekiel 38:2-3 gives the prophetic name of the leader of this coalition of nations: “Gog, prince of Rosh, Meshech and Tubal.” Whether Gog is a real name like in 1 Chronicles 5:4 or is a title for a supreme position such as king or president remains to be seen. Whether Gog is the Antichrist or not depends on when one places the timing of the Gog-Magog Battle, which will be addressed later….SEE the rest at HIGHLIGHTED LINK ABOVE

The Wars of the End Times
How many and when will they happen?
By Dr. David R. Reagan

Every time a war breaks out in the Middle East, I receive a flurry of phone calls and email messages asking if it could be the War of Armageddon. This question is prompted by the fact that most people are familiar with only one end time war — the one that has been popularized in movies and novels as the “Battle of Armageddon.”

The concept comes from the book of Revelation where it says that armies will gather in the end times at a place “which in Hebrew is called Har-Magedon” (Revelation 16:16). This term literally means the Mount of Megiddo and refers to the ancient fortress of Megiddo that controlled the Valley of Jezreel. In English the word was transliterated as Armageddon, and the term came to be applied to the Valley of Jezreel which lies in front of Har-Magedon, running diagonally across Israel from Haifa to the Jordan River. 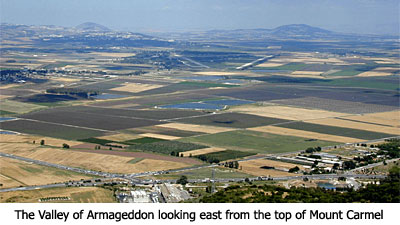 Most people are surprised to discover that there is no reference in the book of Revelation, or any other place in the Bible to the “Valley of Armageddon,” nor is there any reference to the “Battle of Armageddon” — but more about that later. People are even more surprised to learn that Bible prophecy reveals nine wars in the end times and that Armageddon relates to only one of these.

The Next Prophetic War

Most prophetic scholars have long believed that the next great end time war will be the War of Gog & Magog that is described in Ezekiel 38 and 39. This, for example is the stated position of Joel Rosenberg in his popular book, Epicenter. This war will start when Russia invades Israel with certain specified allies, all of whom are Muslim nations today…SEE the rest at the HIGHLIGHTED LINK ABOVE

My page What Does The Bible Say? also offers some other articles about these wars that are well worth the time to consider. Click on the highlighted link to view them. And then, if you have further questions about being saved, visit this page on How To Get To Heaven

Acts 4:11-12 ~ This Jesus is the stone that was rejected by you, the builders, which has become the cornerstone. And there is salvation in no one else, for there is no other name under heaven given among men by which we must be saved.”

Romans 10:8-10 ~ 8 But what does it say? “The word is near you, in your mouth and in your heart” (that is, the word of faith that we proclaim); 9 because, if you confess with your mouth that Jesus is Lord and believe in your heart that God raised him from the dead, you will be saved. 10 For with the heart one believes and is justified, and with the mouth one confesses and is saved.

Ephesians 2:8-9 ~ 8 For by grace you have been saved through faith. And this is not your own doing; it is the gift of God, 9 not a result of works, so that no one may boast.

1 Corinthians 15:1-4 ~ 1 Now I would remind you, brothers, of the gospel I preached to you, which you received, in which you stand, 2 and by which you are being saved, if you hold fast to the word I preached to you—unless you believed in vain. 3 For I delivered to you as of first importance what I also received: that Christ died for our sins in accordance with the Scriptures, 4 that he was buried, that he was raised on the third day in accordance with the Scriptures, 5 and that he appeared to Cephas, then to the twelve.

Scoffers Will Come In The Last Days But, Keep On Your Watch!
RAPTURE In AUGUST 2021?
Getting closer and closer now...
2020 Rapture: Almost Home??? Be Encouraged!