The Book Of Enoch

I had forgotten about this website I used to visit a few years back until I was reminded of it today. It is The History of Israel website. It has several awesome articles you can check out when you go there but today I want to share a couple of links to their posts on The Book of Enoch. Enjoy 🙂

Unquestionably the most comprehensive account of the Nephilim is found in I Enoch. This is arguably one of the most captivating pieces of literature to have ever been written.

It is certainly a very controversial piece amongst scholars, theologians, and Bible students.

The dating of Enoch varies from scholar to scholar. However, it seems most agree the earliest parts of the book were written during the pre-Maccabaean period.

R. H. Charles was the leading expert on the subject in the early part of the 20th century. He argued the book of Enoch was written over a period of years. 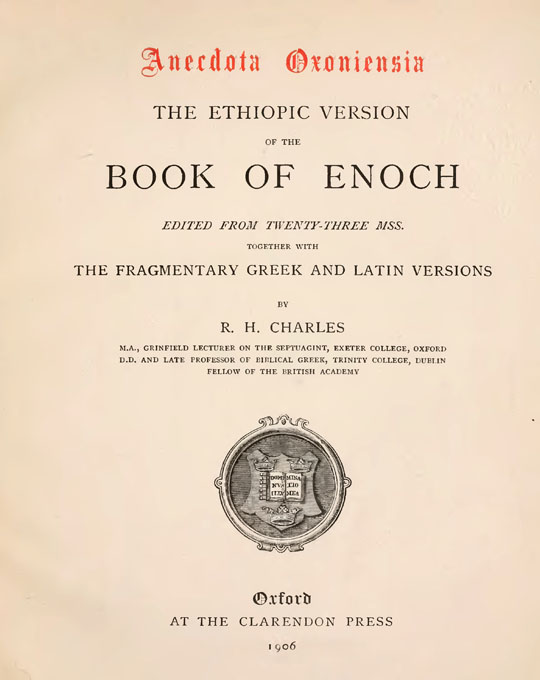 Chapter 8 of the book of Enoch assigns certain teachings to specific fallen angels.

“1. And Azâzêl taught men to make swords, and knives, and shields, and breastplates, and made known to them the metals and the art of working them, and bracelets, and ornaments, and the use of antimony, and the beautifying of the eyelids, and all kinds of costly stones, and all colouring tinctures. 2. And there arose much godlessness, and they committed fornication, and they were led astray, and became corrupt in all their ways. Semjâzâ taught enchantments, and root-cuttings, Armârôs the resolving of enchantments, Barâqîjâl, (taught) astrology, Kôkabêl the constellations, Ezêqêêl the knowledge of the clouds, , and Sariêl the course of the moon. And as men perished, they cried, and their cry went up to heaven . . .”

It would appear certain angels had expertise in particular areas. The book of Enoch credits the ancient’s knowledge to the teachings of these fallen angels.

According to the book of Enoch, Semjaza taught the black art of enchantments, and how to cut roots, or, multiply vegetation, thus the early emphasis, perhaps, man placed on agriculture.

Along with these arts, the book of Enoch states man learned astrology, star patterns, signs of weather, and the movement of the heavenly bodies, all of which was not originally intended for man to know.

The book of Enoch concludes this passage by saying as the men of earth perished, they cried. He does not specify that the cried to God, only that they cried, and their “cry went up to heaven”.

A similar “cry” reached heaven during the life of Abraham. This cry, however, was the cry of the inhabitants of Sodom and Gomorrah.

God, in turn, destroyed those cities from the face of the earth. Another cry will reach God in the last days. This is the cry of those who had “been slain because of the word of God”, in Revelation. John states these souls; “cried out with a loud voice”.

God, thus, hears the cry of man, and does not turn a deaf ear to the pleas of the righteous.

What follows in chapter 9 of the book of Enoch is an extraordinary scene….MORE at the highlighted link above

The book opens up in chapter 13 with confrontation between Enoch and the Watchers. It is quite probable their Nephilim children were in attendance as well. This would have been a hostile environment, yet the prophet remained faithful.

He initially confronted Azazel, per instruction of the Faithful Watchers. This section of the book deals with the conversations and interactions between God’s faithful servant and the Watchers.

“1. And Enoch went and said: ‘Azâzêl, thou shalt have no peace: a severe sentence has gone forth against thee to put thee in bonds: 2. And thou shalt not have toleration nor †request† granted to thee, because of the unrighteousness which thou hast taught, and because of all the works of godlessness and unrighteousness and sin which thou hast shown to men.’ 3. Then I went and spoke to them all together, and they were all afraid, and fear and trembling seized them.”
After condemning Azazel, Enoch confronted “them all together”. The fallen Watchers, along with their Nephilim children, become instantly afraid, “and fear and trembling seized them”.

Semjaza had stated earlier their plan of action was a grave sin. Now, the prophet had brought them face to face with the consequences of their actions.

*** There is a map of Enoch’s journey to confront the Watchers at the site..Please click on the links there to see more things of great interest! ***

These angels, all powerful on earth, shook in fear before the judgment of God Almighty.

The fear demon’s possess of God is echoed throughout the New Testament. Time and time again Jesus encounters evil spirits, and they shriek at His presence.

“And seeing Jesus from a distance he ran up and bowed down before Him: and crying out with a loud voice he said, ‘What do I have to do with You, Jesus, Son of the Most High God? I implore You by God, do not torment me!”….MORE at the highlighted link above 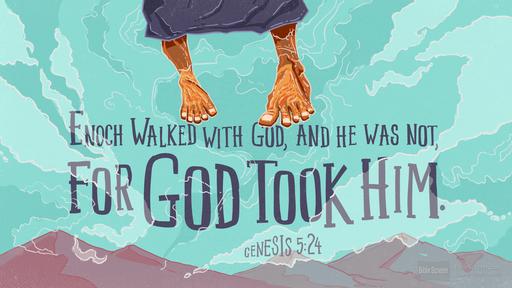 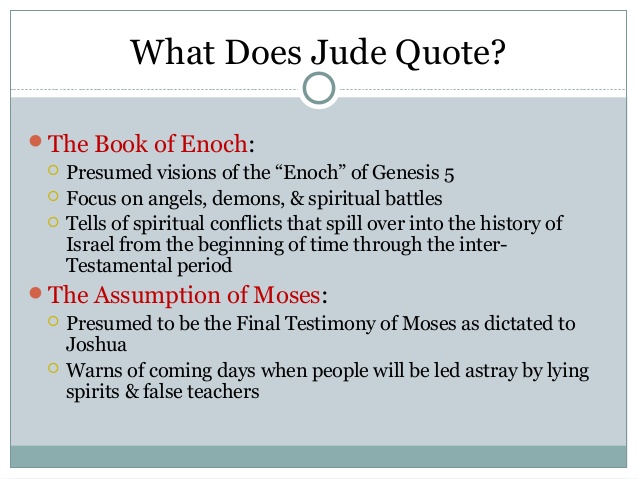 The Book of Jude quotes from Enoch:

Jude 5-16 ~
5 Now I want to remind you, although you once fully knew it, that Jesus, who saved a people out of the land of Egypt, afterward destroyed those who did not believe. 6 And the angels who did not stay within their own position of authority, but left their proper dwelling, he has kept in eternal chains under gloomy darkness until the judgment of the great day— 7 just as Sodom and Gomorrah and the surrounding cities, which likewise indulged in sexual immorality and pursued unnatural desire, serve as an example by undergoing a punishment of eternal fire.

8 Yet in like manner these people also, relying on their dreams, defile the flesh, reject authority, and blaspheme the glorious ones. 9 But when the archangel Michael, contending with the devil, was disputing about the body of Moses, he did not presume to pronounce a blasphemous judgment, but said, “The Lord rebuke you.” 10 But these people blaspheme all that they do not understand, and they are destroyed by all that they, like unreasoning animals, understand instinctively. 11 Woe to them! For they walked in the way of Cain and abandoned themselves for the sake of gain to Balaam’s error and perished in Korah’s rebellion. 12 These are hidden reefs at your love feasts, as they feast with you without fear, shepherds feeding themselves; waterless clouds, swept along by winds; fruitless trees in late autumn, twice dead, uprooted; 13 wild waves of the sea, casting up the foam of their own shame; wandering stars, for whom the gloom of utter darkness has been reserved forever.

14 It was also about these that Enoch, the seventh from Adam, prophesied, saying, “Behold, the Lord comes with ten thousands of his holy ones, 15 to execute judgment on all and to convict all the ungodly of all their deeds of ungodliness that they have committed in such an ungodly way, and of all the harsh things that ungodly sinners have spoken against him.” 16 These are grumblers, malcontents, following their own sinful desires; they are loud-mouthed boasters, showing favoritism to gain advantage.

To read more you can find a full free version here:

Another very good book to think about getting is by Gary Wayne called The Genesis 6 Conspiracy.  I did a blog post about his HERE you can check out.  But here is a link to his site that is all about Enoch HERE. He cautions about there being 2 Enochs one good and one bad so, it is key to make sure any texts on or about Enoch are from trusted sources. R.H. Charles is said to be one of those.

If you want a trusted take on The Book of Enoch and other Apocryphal books of the Bible and more I’d suggest Dr Ken Johnson. His books are most affordable and so easy to read. I have most of them and just love them all! He is very sound in his walk with Jesus and keeping truth! Here are a few of his links:

The Giants Are Coming
So This Happened...
The Great Narrative and The Metaverse
The Most Heartbreaking Unsatisfying "I told you so" of All Time.