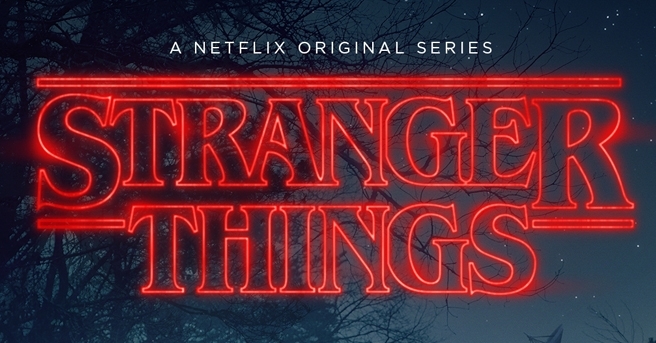 A friend told my husband about a new Netflix series that he thought we would enjoy and find very fascinating. He was right, we sat down and watched it over the past weekend and enjoyed it. The series was “Stranger Things”. It takes place in Hawkins Indiana in 1983. It has MK Ultra, extra dimensions, a demonic entity from said dimension, opening gates or portals etc., etc., etc. We loved the 80’s nostalgia for sure. The whole time we were spotting things and symbolism left and right (it’s how we watch TV and movies now days after waking up..ha ha..You get what I mean if you have woken up as well 😉 ) anyway, after I brought up a topic it would be addressed in the show shortly after. All in all it was a decent series to catch. After watching it, I caught a great article by Vigilant Citizen and on the heels of that a round table discussion on it done by Justen Faull of The 4th Watch. Here they both are for you below…

The True Story and the Hidden Symbolism Behind “Stranger Things”

The immensely popular series Stranger Things puts in the forefront of popular culture the disturbing world of MKULTRA, mixed with a heavy dose of fantasy and science fiction. Through its story and symbolism, the series tells a deeper truth about its subject matter, one that not many might believe or accept. We’ll look at the deeper meaning of Stranger Things.

Praised for its gripping story and stellar acting, Stranger Things quickly became a monster hit. Starring a group of Dungeon & Dragons playing kids who bike around their neighborhood while communicating on their Realistic™ walkie-talkies, the series brought a heavy dose of eighties nostalgia with a rare authenticity. More importantly, Stranger Things also brought to the forefront of popular culture a subject that has been taboo for decades: The world of MKULTRA and its horrifying practices. (If you don’t know about MKULTRA, please read this article first).

Continuously opposing truth with fiction, the horror of reality with the bliss of fantasy, the ugliness of mankind with the innocence of children, Stranger Things has a strong dualistic undertone. This is epitomized by the fact that the adventure takes place on two separate realms, the “real world” and the “Upside Down,” a dark, evil version of reality. Although separate, these realms are connected through a gateway, one that nearly nobody knows about. The existence of this gateway is hidden from the public, yet affects it in several ways. Stranger Things is about how those who rule us are involved in “stranger things” than most can even fathom. Through its story, characters and symbolism, it reveals the darker side of the elite … some of it. Let’s take a deeper look at the story.

Between Reality and Fiction

“Something is coming. Something hungry for blood. A shadow grows on the wall behind you, swallowing you in darkness. It is almost here.”….

{Also if you go to my blog post “Quantum Computing and The Mandela Effect” and scroll to the bottom you can listen to and watch a couple of videos on The Montauk Project…*Sorry, I apparently removed the videos but here is a YouTube search to find some of them* } 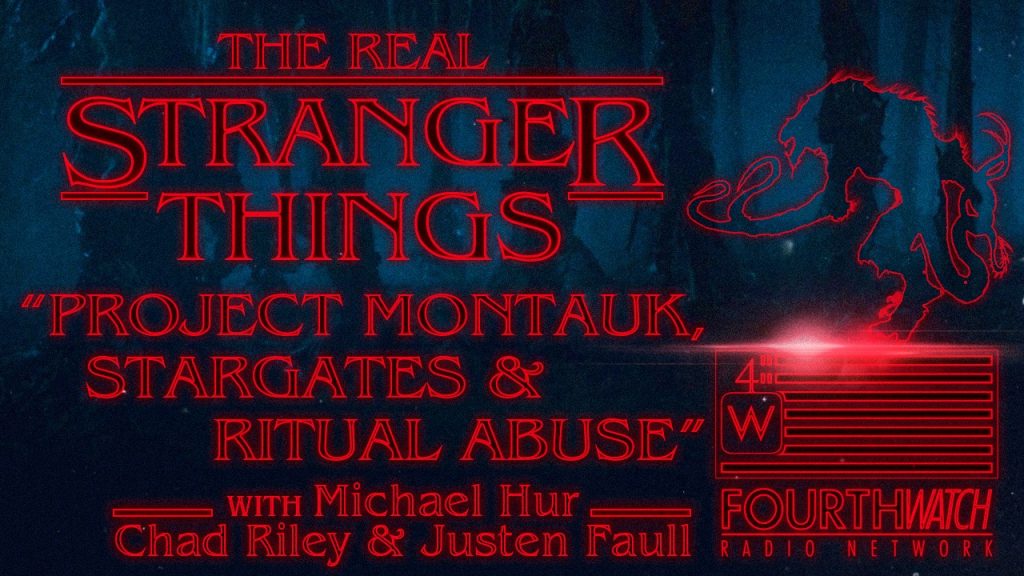 “In this episode Justen, Michael and Chad discuss the Unbelievable Real-Life Events that Inspired the Hit Netflix Series “Stranger Things”. The adventure includes Project Montauk and the Underground Labyrinths of Camp Hero, Fallen Angel Technology and Experiments on Abducted Children, Grey Aliens and Satanic Ritual Abuse, The Stargate Program and the Demogorgon, as well as the continuation of our Bible Study on The Book of James. Join us tonight for these and much more! This is one broadcast you won’t want to miss!” JUST CLICK THE IMAGE OR HERE TO GET TO THE SHOW

Face Like the Sun Break down…ADDED: 9/20/16
There are many breakdowns of the Netflix hit series, Stranger Things. This video is not a simple rehash, but an examination into the possible realities that this science fiction horror series brought to the table. Is there something to human consciousness and its connection to physical reality? Is it part of God’s original design? How does bible prophecy relate to a show like Stranger Things? I examine such questions and more.

The STRANGEST THING, about Stranger Things… – MK Ultra / Montauk (This has a large clip of the above video but there is more so please keep watching.)

"Proof that NWO and Illuminati are Real and that History is a Lie"
Urgent Prophecy Update With Pastor JD
Convergence 2018: What Does It Mean?
Home For The Holidays? Very Compelling!!