Signs in the Sun, Moon and, Stars…SOON

Soon……War is coming between Jesus and his enemies…..This Earth is heading into the Tribulation….Accept Jesus TODAY so you will not be appointed to the wrath that is to fall on his enemies!

Astronomers detect biggest explosion in the history of the Universe

{The Coming of the Son of Man} “And there will be signs in sun and moon and stars, and on the earth distress of nations in perplexity because of the roaring of the sea and the waves, 26 people fainting with fear and with foreboding of what is coming on the world. For the powers of the heavens will be shaken. ~ Luke 21:25-26 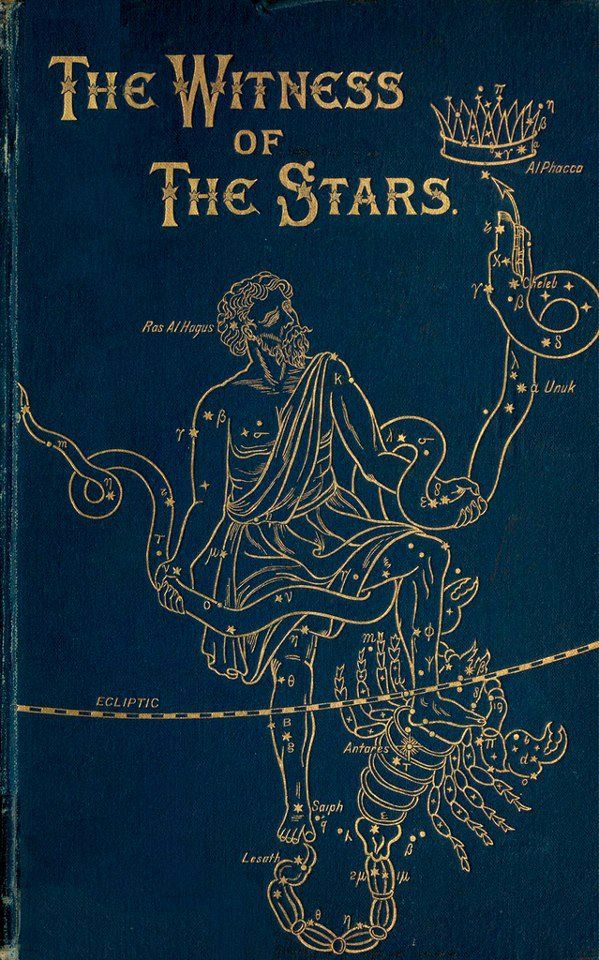 SERPENS and OPHIUCHUS
The struggle with the enemy

Here, Serpens, the serpent, is seen struggling vainly in the powerful grasp of the man who is named O-phi-u-chus. In Latin he is called Serpentarius. He is at one and the same moment shown to be seizing the serpent with his two hands, and treading on the very heart of the scorpion, marked by the deep red star Antares (wounding).

In Scorpio we see merely the effort to wound Ophiuchus in the heel; but here we see the effort of the serpent to seize THE CROWN, which is situated immediately over the serpent’s head, and to which he is looking up and reaching forth.

The contest is for Dominion! It was the Devil, in the form of a serpent, that robbed the first man of his crown; but in vain he struggled to wrest it from the sure possession of the Second Man. Not only does he fail in the attempt, but is himself utterly defeated and trodden under foot.

There are no less than 134 stars in these two constellations. Two are of the 2nd magnitude, fourteen of the 3rd, thirteen of the 4th, etc.

Other Hebrew names of stars, not identified, are Triophas, treading under foot; Saiph (in the foot * of Ophiuchus), bruised; Carnebus, the wounding; Megeros, contending. ** In the Zodiac of Denderah we have a throned human figure, called Api-bau, the chief who cometh. He has a hawk’s head to show that he is the enemy of the serpent, which is called Khu, and means ruled or enemy.

* In 1604 a new star appeared in the eastern foot of Ophiuchus, but disappeared again in 1605.

** There is an ancient Greek fable which calls Ophiuchus Aesculapius, the son of Apollo. Having restored Hippolytus to life, he was everywhere worshipped as the god of health, and hence the serpent entwined around him is, to this day, the symbol of the medical art! This, however, is, doubtless, another perversion of the primitive truth that the Coming One in overcoming the serpent, should become the great healer of all the sorrows of the world, and cause all its groanings to cease.

All these combine to set before us in detail the nature of the conflict and its final issue. That final issue is, however, exhibited by the last of the three constellations of this chapter. The Victor Himself requires a whole picture to fully set forth the glorious victory. This brings us to–

This battle will cause Satan to be cast out of Heaven for good. No longer able to go to God’s throne to accuse. He will be ANGRY because he is losing. God is SHOUTING out warnings to accept JESUS TODAY!! Do not wait any longer! Time is SHORT!!!! 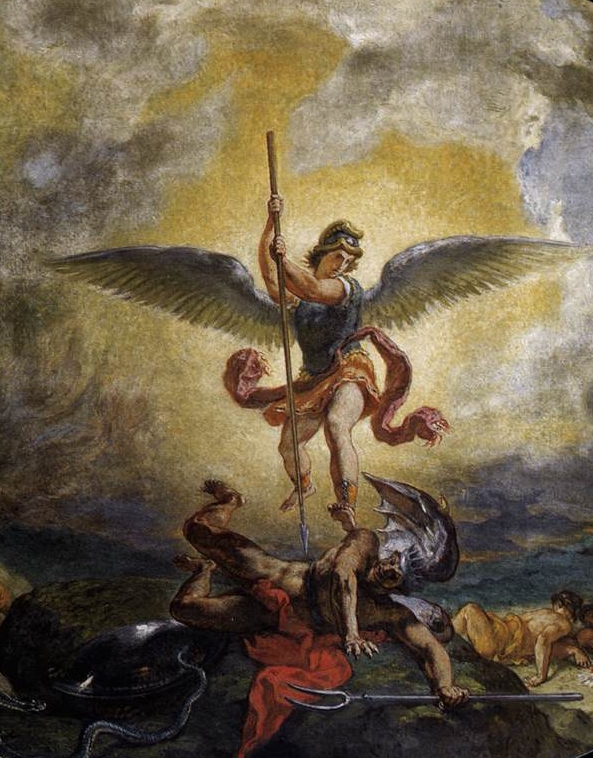 Satan Thrown Down to Earth

7 Now war arose in heaven, Michael and his angels fighting against the dragon. And the dragon and his angels fought back, 8 but he was defeated, and there was no longer any place for them in heaven. 9 And the great dragon was thrown down, that ancient serpent, who is called the devil and Satan, the deceiver of the whole world—he was thrown down to the earth, and his angels were thrown down with him. 10 And I heard a loud voice in heaven, saying, “Now the salvation and the power and the kingdom of our God and the authority of his Christ have come, for the accuser of our brothers[a] has been thrown down, who accuses them day and night before our God. 11 And they have conquered him by the blood of the Lamb and by the word of their testimony, for they loved not their lives even unto death. 12 Therefore, rejoice, O heavens and you who dwell in them! But woe to you, O earth and sea, for the devil has come down to you in great wrath, because he knows that his time is short!”

13 And when the dragon saw that he had been thrown down to the earth, he pursued the woman who had given birth to the male child. 14 But the woman was given the two wings of the great eagle so that she might fly from the serpent into the wilderness, to the place where she is to be nourished for a time, and times, and half a time. 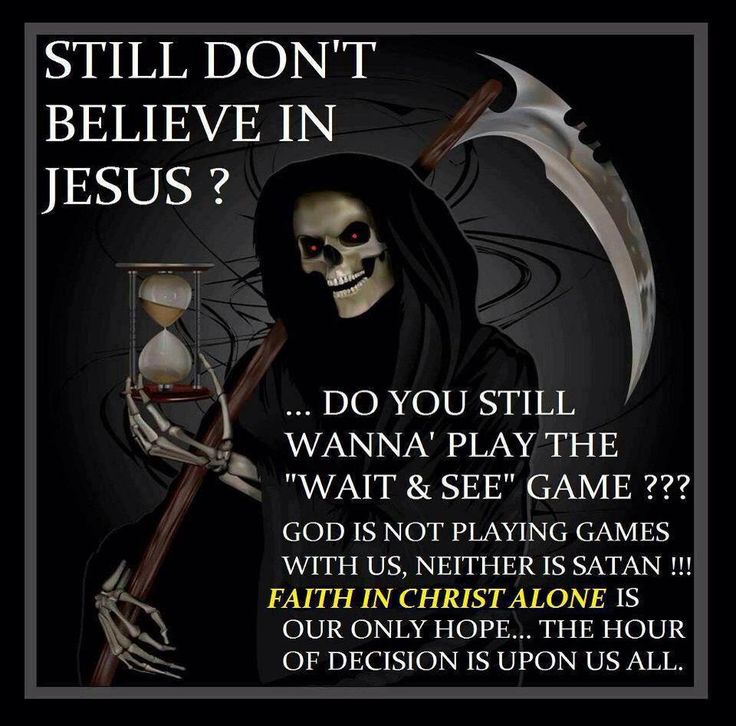 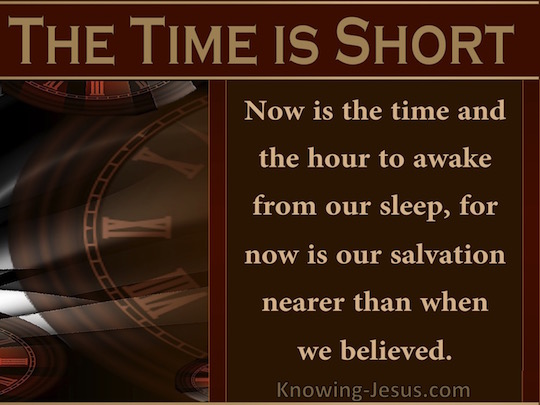 Besides this you know the time, that the hour has come for you to wake from sleep. For salvation is nearer to us now than when we first believed. The night is far gone; the day is at hand. So then let us cast off the works of darkness and put on the armor of light.

Just A Few Headlines On The Heels of the 4th Blood Moon
God, Sovereignty and Revelation’s Seals
2019 Rapture?
Why Is Pope Francis Having A Closed Door Meeting With Google Chief Exec At The V...