Signs and Wonders in the Last Days 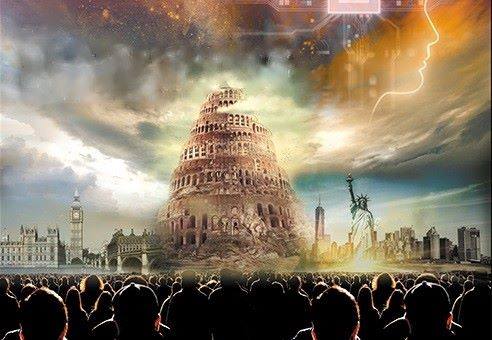 Excellent (as usual) write up by Pete Garcia below…You can find other posts of his as well as some other good articles at Omega Letter.

Signs and Wonders in the Last Days

As of late, there has been much discussion over the convergence of signs that have seemingly been dogpiling each other in recent months and years. These are they which do not point to the Rapture of the Church, but point to the events that make possible, the events laid out inside the seven year period of time known as Daniel’s 70th Week.

As many have alluded to in the past, that if we are already seeing those signs, and the Rapture precedes this last week of years, then we are much closer than we know. There are two more signs that I believe must be added to this idea of convergence that I’ve not see much traction on, but would like to bring up for your edification and consideration.

In writing his second epistle to the Thessalonians, the Apostle Paul was addressing a particular concern from the believers there in Thessalonica that they were somehow already IN the Day of the Lord and had missed the Rapture (Greek-harpazo, Latin-rapio, English-“catching up”) that Paul had taught them in his first epistle. In his original teaching, Paul listed out the chronological order of events that would transpire when the Lord returned to catch up His bride (the Church) back to Himself in 1 Thessalonians 4-5. The order went as follows;

The coming of the lawless one is according to the working of Satan, with all power, signs, and lying wonders, and with all unrighteous deception among those who perish, because they did not receive the love of the truth, that they might be saved. And for this reason God will send them strong delusion, that they should believe the lie, that they all may be condemned who did not believe the truth but had pleasure in unrighteousness. 2 Thess. 2:9-12 (NKJV)

So Paul here in his second epistle to the Thessalonians is telling them WHY they couldn’t be in the Day of the Lord (i.e. The Tribulation). But notice what he says to them in verse 9…that the coming of the Lawless one is according to the working of Satan, with all power, signs, and lying wonders….It is the coming (Parousia) of the Antichrist…not his already arrival and revealing, that would also be marked with power, signs, and lying wonders. These things will precede his arrival. Remember that Paul had just previously explained that he (the Antichrist) could NOT be revealed, until the Restrainer was removed;

For the mystery of lawlessness is already at work; only He who now restrains will do so until He is taken out of the way. And then the lawless one will be revealed… (2 Thess. 2:7-8)

These things would PRECEED the arrival of the Antichrist. The signs the world sees may be some spectacular encounter with “aliens” from “outer space”, or maybe some dynamic break-through in Artificial Intelligence which revolutionizes the way we live, or maybe both happen simultaneously. Either way, it will transform and reinforce people’s perceptions to the point that they will completely believe the satanic deception, and will deceive those who don’t want to know the truth (the truth of the Gospel of Jesus Christ).

Make no mistake, these ‘powers, lying signs, and wonders’ will precede the arrival of the Antichrist because he will take advantage of the political, social, and economic chaos that is already ensuing, and ride in on his white horse to ‘save the day’. Of course, he too will have many supernatural tricks up his and the False Prophet’s sleeve to woo the masses and absorb the worship this world so desperately wants to give someone, anyone, other than to who it should go too, Jesus Christ.

This man (Antichrist) will come in through the power of Satan, and will give the world what it wants initially; to the Greeks, wisdom, and to the Jews, signs. (1 Cor. 13:12) He will through cunning deceit and understanding dark knowledge solve the complex problems of the world and will be successful at it because his father (Satan), is currently running this planet and he will make everything work out for him…for a season. (Luke 4:4-6, 1 John 5:19)

Jesus warned on three separate occasions in His Olivet Discourse not to fall prey to deception. You can bet that whatever is coming on our horizon will be deception on a grand scale unlike the world has ever seen. But the grand deception isn’t all just for show, initially, it will serve two purposes; the first is to mask the “Rapture event” with some other kind of narrative and secondly, to give single-mindedness to the cause for the world to set aside their differences and unite as one.

This means that “Christians”, Muslims, Jews, Buddhists, Hindus, Atheists, Satanists, Wiccans, Republicans, Democrats, Conservatives, Liberals, Vegetarians and meat lovers will all set aside the things that divide them and come together because whatever just transpired will so shake the foundations of the world systems that they feel as though they have no choice. Adding the supernatural to the mix will only amplify that impetus to unite and get behind one man.

These signs and wonders will absolutely unify the apostate, ecumenical church in the last days into believing that what they are a part of, has ‘real’ tangible power, and this will solidify in their minds, that they are right. But in this final apostate conglomeration of world theological and philosophical belief systems, will be the ‘odd-man out’, Judaism. Orthodox Jews will still be staunchly against any ideations to unite, so there has to be some kind of exclusionary clause for them. This may come in the form of a proposal to rebuild the Jewish Temple either where the Dome of the Rock is currently sitting (potentially if it gets destroyed in some type of conflict), or to rebuild it in its original spot (as the Tabernacle) in Shiloh. It could also be rebuilt in part in conjunction with the Dome of the Rock as they both stand together side by side.

Another sign that often gets overlooked is how utterly splintered Christianity is today. Consider back to Christ’s day as a microcosm of today. In Christ’s day there were also many splits within Judaism between the Essenes, Sadducees, Pharisees, Zealots, and the varying members from the 12 tribes still there in Judah. There was also the Samaritans, Idumeans, Romans, and the Greeks all mixing it up there as well.

Now, seeing as the last four groups were of Gentile ethnicity and not a part of Judaism per say, they did bring with them pagan idolatry and western philosophies (think Gnosticism) that influenced their societies. So even then, you had all these competing worldviews right around the time that Christ appeared on the scene for the first time, which is partly to blame for the lack of understanding of the signs of their times and recognizing when exactly the Messiah would arrive. It took some Parthian magi “wise men” to show up for the birth of the ‘One born King of the Jews’ to shake things up. (Matt.2)

Then the Pharisees and Sadducees came, and testing Him asked that He would show them a sign from heaven. He answered and said to them, “When it is evening you say, ‘It will be fair weather, for the sky is red’; and in the morning, ‘It will be foul weather today, for the sky is red and threatening.’ Hypocrites! You know how to discern the face of the sky, but you cannot discern the signs of the times. Matt. 16:1-4

It is no great wonder then why so much confusion reigned when Christ did come. Judaism had splintered many times over with each camp claiming they were correct in their interpretation, so much so, that by the time Christ did come, the overwhelming majority of people didn’t know, or didn’t care about a coming Jewish Messiah. (See Luke 19:41-44) It was one thing for the Romans to not know or not care, but the Jews had the Scriptures available to them which pointed to 108 separate prophecies pointing exactly to the when, where, why, and how of their Messiah would come. Even when Christ was in their midst, they (the religious authorities from the two main camps) didn’t believe it. It has become that way again, which is how we know Christ returns for His bride is near. The Rapture of the Church will catch most of Christendom (even the bonafide believers) unawares. (Rev. 3:3)

Understandably, there is a great deal of speculation on this author’s understanding of what is to come. The truth is, we won’t really know what happens exactly until it comes to pass. We can have a general understanding, which is what I hope I have conveyed. But, my understanding, or misunderstandings, in no way diminishes the reality that it will come to pass as promised. I, like you, ‘see things through a glass, darkly’. And as much as the OT Prophets failed to see a 2,000 year “Church Age” that brought both Jew and Gentile together as one new man making up the body of the Messiah, so to do we struggle to see what will happen in that final week of years (Daniel’s 70th Week).

We struggle to see it because that time was not meant for us as the Church, and we will not be here to experience it. If we were, the Epistles would lay that out for us, but they don’t. Our job now, is to watch, warn, and reason with those who are not, so that some might come to know Christ as Lord and avoid this coming time that Jesus said would be unparalleled in human destruction and misery. (Matt. 24:21-22)

Subscribe to this channel below for videos that compile the end time signs each month as well…Here is one recently posted which includes several end times Biblical prophecies written hundreds and hundreds of years ago coming to fruition right now…One in particular is Isaiah 17:

Are You Ready? EVERYTHING WILL CHANGE IN 2016… (Prophetic Events)

The Big Picture Finally In Full Focus! All Pieces/Signs Connect To Reveal God's ...
Biblical Return of 70 Nations as Countries Gather in Paris to Condemn Israel
Could A US Embassy In Jerusalem Cause The Psalm 83 Conflict?
For as were the days of Noah, so will be the coming of the Son of Man.