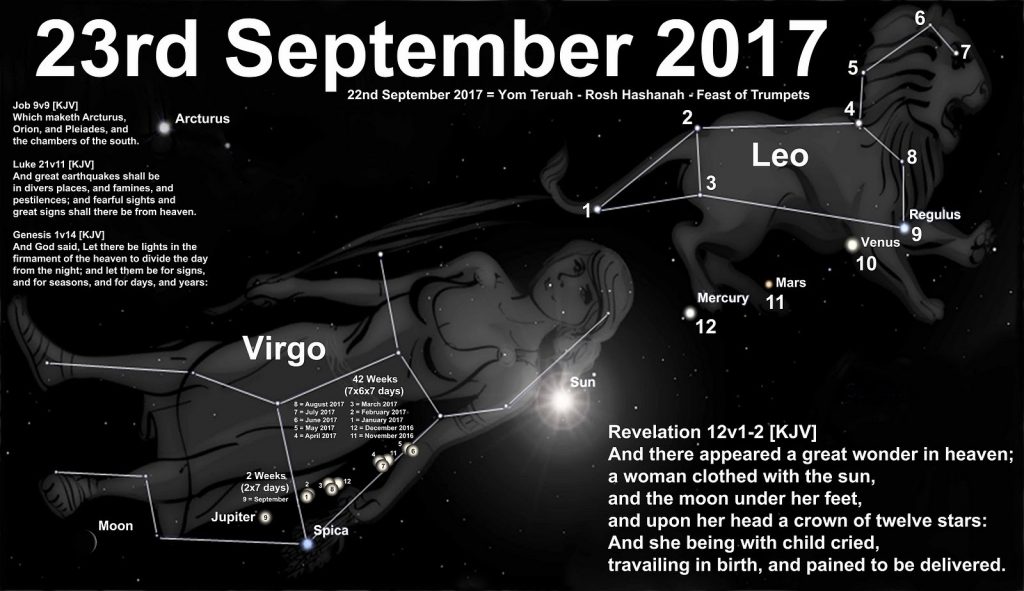 This has drawn my attention now and I think is of great interest. I am sharing it for your consideration as well just so you know about it and can decide on your own what you think. So, I have assembled a few channels to watch in relation to my title above and the coming year. They offer information of some things to consider and look into on your own. One is Scottie Clark from Eternal Rythm Flow who I have shared before and the other is Jaco Prinsloo at God’s Roadmap to the End. Jaco offers some fascinating ties to the third world war and Planet X (Other names: Nibiru, Planet 7x, Nemesis, The Red Dragon). Now, before we get started with Jaco’s videos and Scottie’s, let’s start with this one below by Pastor Steve Cioccolanti at Discover Ministries to just give you a bit of insight on the Revelation 12 sign as well as the other topics Jaco & Scottie address. This video and what Pastor Steve Cioccolanti says in it is exactly how I feel and is a perfect start! (The other videos will go into it further or re cap as well) Also, I might update this post with anything new so keep checking in just in case. Let’s begin:

The Revelation 12 Celestial Woman in Labor Pain is the most detailed astronomical sign recorded in the entire Bible, and may be the greatest sign in the sky since Adam and Eve were in the Garden of Eden. It’s likely to be fulfilled in 2017. This video explores in depth the meaning and timing of this sign. What does the Bible say the “woman in birth pangs” alludes to in terms of end time events?

Added November 27, 2016…Gad The Seer series by Dr. Ken Johnson (Series is going to be awesome! His other studies at his YouTube site) *ONLY 10mins*

Now here is Jaco’s video series but, to follow him, please visit his YouTube channel @ God’s Roadmap To The End as well!

*As a side note: In part 5 of Jaco’s series he mentions about the possibility of an attack on Israel by Iran or a proxy who may attempt a strike on Israel November 20th but, I would say it could be November 20th forward in the time frame if this Revelation sign proves to be of further merit. Once a strike occurs it will hurl us into the last days wars leading right into the Tribulation. It does not mean he is fully wrong in his study if the attempted strike does not happen on the exact day of the 20th! * Jaco also talks of this Zechariah prophecy of the Ephah or basket and Pastor Steve Cioccolanti has a very interesting discovery here as well as a further explanation of it:

This has occurred started on November 23, 2016 …This is something to keep watch on. Click on highlighted links:

Security forces are dealing with a wave of fires breaking out all over the country. According to official estimates, terror squads are igniting the fires in various areas, and efforts are being made to locate these squads. You think is possible with people who want to burn down the places where they live to? Plenty of places where Muslims live are also in danger!…MORE at the highlighted LINK

Arab social media networks on Thursday were rife with inflammatory celebratory reactions in light of the myriad of brush fires that have been blazing across central and northern Israel since Tuesday.
Dry conditions and high winds have spread the flames across the central and northern regions of Israel as well as parts of the West Bank.

Public Security Minister Gilad Erdan (Likud) said Thursday morning that he suspected that up to half of the fires had be intentionally ignited by arsonists. Meanwhile, Education Minister Naftali Bennett (Bayit Yehudi) suggested that those who set them could not be Jewish.

“Tel_Aviv_IsBurning” was the most common Arabic hashtag trending on Arab social media platforms on Thursday morning.
One of the most proliferous tweets was published by a police officer in Abu Dabi that read “Israel has prevented the muezzin calls to prayer, and then it was engulfed in fire.”

In addition social media networks in Egypt, Jordan and the Gulf emirates were also…MORE at the highlighted LINK

Scottie Clark’s video series on the Revelation 12 sign below. To follow him please visit his channel HERE:

Revelation 12
The Woman and the Dragon

1 And a great sign appeared in heaven: a woman clothed with the sun, with the moon under her feet, and on her head a crown of twelve stars. 2 She was pregnant and was crying out in birth pains and the agony of giving birth. 3 And another sign appeared in heaven: behold, a great red dragon, with seven heads and ten horns, and on his heads seven diadems. 4 His tail swept down a third of the stars of heaven and cast them to the earth. And the dragon stood before the woman who was about to give birth, so that when she bore her child he might devour it. 5 She gave birth to a male child, one who is to rule all the nations with a rod of iron, but her child was caught up to God and to his throne, 6 and the woman fled into the wilderness, where she has a place prepared by God, in which she is to be nourished for 1,260 days.

Satan Thrown Down to Earth

7 Now war arose in heaven, Michael and his angels fighting against the dragon. And the dragon and his angels fought back, 8 but he was defeated, and there was no longer any place for them in heaven. 9 And the great dragon was thrown down, that ancient serpent, who is called the devil and Satan, the deceiver of the whole world—he was thrown down to the earth, and his angels were thrown down with him. 10 And I heard a loud voice in heaven, saying, “Now the salvation and the power and the kingdom of our God and the authority of his Christ have come, for the accuser of our brothers has been thrown down, who accuses them day and night before our God. 11 And they have conquered him by the blood of the Lamb and by the word of their testimony, for they loved not their lives even unto death. 12 Therefore, rejoice, O heavens and you who dwell in them! But woe to you, O earth and sea, for the devil has come down to you in great wrath, because he knows that his time is short!”

13 And when the dragon saw that he had been thrown down to the earth, he pursued the woman who had given birth to the male child. 14 But the woman was given the two wings of the great eagle so that she might fly from the serpent into the wilderness, to the place where she is to be nourished for a time, and times, and half a time. 15 The serpent poured water like a river out of his mouth after the woman, to sweep her away with a flood. 16 But the earth came to the help of the woman, and the earth opened its mouth and swallowed the river that the dragon had poured from his mouth. 17 Then the dragon became furious with the woman and went off to make war on the rest of her offspring, on those who keep the commandments of God and hold to the testimony of Jesus. And he stood on the sand of the sea. 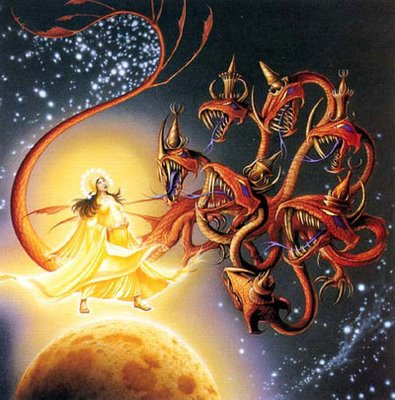 I Pet Goat 2 Predicts Covid Vaccines???
False Prophet Makes A New Encyclical. Shocker, It Pushes Global Government
The Lord Speaks To Us With His Creation
The Big Picture Finally In Full Focus! All Pieces/Signs Connect To Reveal God's ...