Rapture 2022?: The Rapture of the Church on the Feast of Harvest, Pentecost 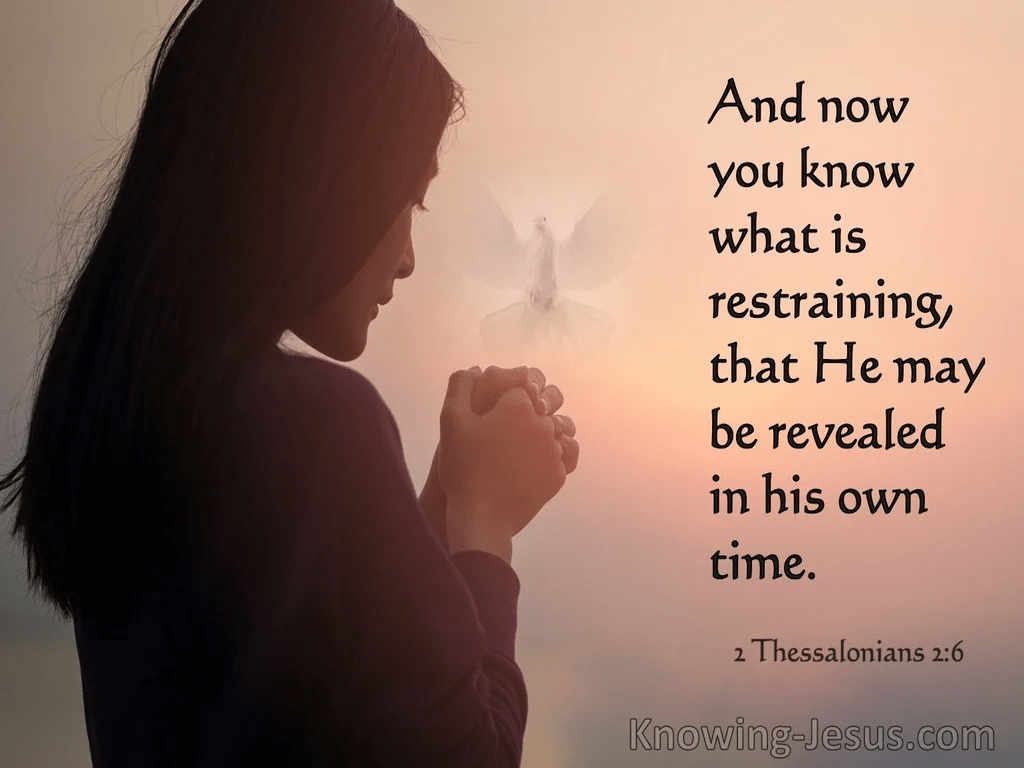 Super HIGH watch this spring and summer!! I know that many are looking for a Passover time rapture and if it occurs this Passover than FANTASTIC!!! I will be super happy for it to be sooner rather than later if the Lord wills that. There are solid arguments for Passover for sure. However, I am looking towards a Pentecost rapture time frame. Perhaps the Holy Spirit who flew down to indwelle believers on Pentecost and, who is restraining evil, will take flight, lift up and, take us home to our savior at that same time frame? A friend and I were having a chat and I shared my speculative thoughts with him on what I thought may happen. This is what I said:

I do believe the Pentecost time frame is a high point for the watch and am wondering if the June 14-15 time is THE time for the Church to leave.

I’m watching to see if this Russia conflict heads into Israel by June. Then, when a global massive earthquake happens, as God is defeating Israel’s attackers, that the dead in Christ are rising at the same time and so on. With so many dead in Christ buried around the whole world, and knowing earthquakes are associated with the dead in Christ rising, then there will have to be one major earth shaking going on. Of course, I think they may use an excuse of perhaps Nibiru (or a rouge planet passing by to close etc) as the cause. But, God intervening in this world to mete out his judgment on those going against Israel will cause one major earthly ruckus I believe.

Then, after such a massive global quake, perhaps that is a reason they use for people disappearing with what ever else is going on at the same time? Then, after the dust settles, in the fall, the Tribulation fully begins the count down when the AC confirms the “peace” deal for 7 years??? Just pontificating how it could go down.

{An after thought that I did not share with my friend was, if The Time of Jacob’s Trouble (the Tribulation) begins on Feast of trumpets, isn’t it interesting that if some of us are correct in that the seals were started to be opened when Jesus ascended and, if we rapture at that global earth-quaking (6th seal?) and, if there is a gap from a Pentecost rapture until a Feast of Trumpet Tribulation beginning then, how interesting it is that after the 7th seal is opened the trumpets being to be blown. John sees all people (just raptured) standing before the throne of God and then a half hour silence (gap of time before trumpets begin) then the trumpet judgments begins. Just a hmm thing that can of course be wrong speculation. We will see.}

Even if all the pontificating is wrong we know we are still in the season and, the signs where they were once building daily, are now not just whispering but screaming any day now.

This recent video done by George at Return of The King channel at YouTube is well wort the 40 mins to watch! I found it very interesting. I will also share the video by Todd Adkins for a reminder and CJ Lovik’s white board presentation that he just came out with for those who may have missed it. See all the relevant links below as well.

This commentary and video below is done by: George from Return of The King Channel:

There are seven appointed times, only three of which are Feasts. They are meetings with God. All males are required to attend. The only Feast not associated with something in Israel’s history is Pentecost, the Feast of Harvest. It was considered a mystery Feast to the Jews.

The three Feasts are about Harvest’s, not births.

The Church was born on Pentecost so we would know that this Feast is for us, not the Jews. Pentecost will be fulfilled by the Rapture. It is the next Feast day to be fulfilled.

It’s the Last Feast and Appointed time on the Jewish Civil Calendar. The Last Trumpet to be blown will be the trumpet of God. It will bring the age of Grace to a close.

The Tribulation will begin on the Feast of Trumpets, with the signing of the Covenant.

The Jewish calendar at the time of Christ and today is a mixed calendar. The Sabbaths come from man’s calendars. Because they took the sabbaths from man’s calendars and not the calendar given to Moses by God, Pentecost is not calculated correctly. There is a slight issue with timing of the “Wave Sheaf Offering” too, which is even more complicated because the Sadducees and Pharisees used different methods to calculate that day.

All the other appointed times are day counts from the sighting of the new moon, and therefore are accurate. At least at the time of Christ. Today they don’t even do that, it starts when there is “no moon”, so the calendar is usually off by one day.

There are enough clues in the bible to figure out how to correctly calculate the day of Pentecost. The calendar given to Moses is extremely simple and logical, and gives the correct date for Pentecost. Two of the three Feasts are on the 15th day of the Month when the Moon is Full. So Pentecost, when using just God’s calendar should also be on the 15th day. The 15th day of the 3rd month. Pentecost will be fulfilled by the rapture.

Once we have the true date for Pentecost, we can look at the account of the 153 Fish and see that Jesus is confirming he’s coming take us home, some year on the true day of Pentecost, the 15th day of the 3rd month. 153.

The Revelation 12 Sign confirms the year, and it’s this year.

The Moon on the morning Jesus rose from the dead appears in a very symbolic location. On the day of the rapture the moon is in the same location on the 15th day of the 3rd month on the Jewish calendar, 6/15/22 on ours. The day that Jesus confirms we should be watching for his return for his bride.

In this video I share with you the reasons I believe that Jesus will come for his bride on the 15th day of the 3rd month on the Jewish calendar.  It’s up to you to weigh the evidence and make up your own mind.

Nowhere in the bible does it say you can’t know the day of the rapture. The rapture was revealed to Paul in 50 AD. “No man knows the day or the hour” has nothing to do with the rapture. Jesus is speaking to a Jewish audience about his second coming. There is not one single person in that audience who is thinking rapture! They won’t told about the rapture for another 18 years!

God withheld this information from us until the time was right. And that time is now. But you, Daniel, shut up the words and seal the book, until the time of the end. Many shall run to and fro, and knowledge shall increase.”  (Daniel 12:4)

Rapture 2022: The Rapture of the Church on the Feast of Harvest, Pentecost

BONUS UPDATE ADDED..EXCELLENT NEW VIDEO BY TODD: Matthew 24 – Fig Trees and Figs and Seals – OH MY!!  (Todd has a different take on Matthew 24 than George.)

Daniel’s Prophecy, the Berisheet Prophecy, and a 2022 Tribulation? (Whiteboard Animation) 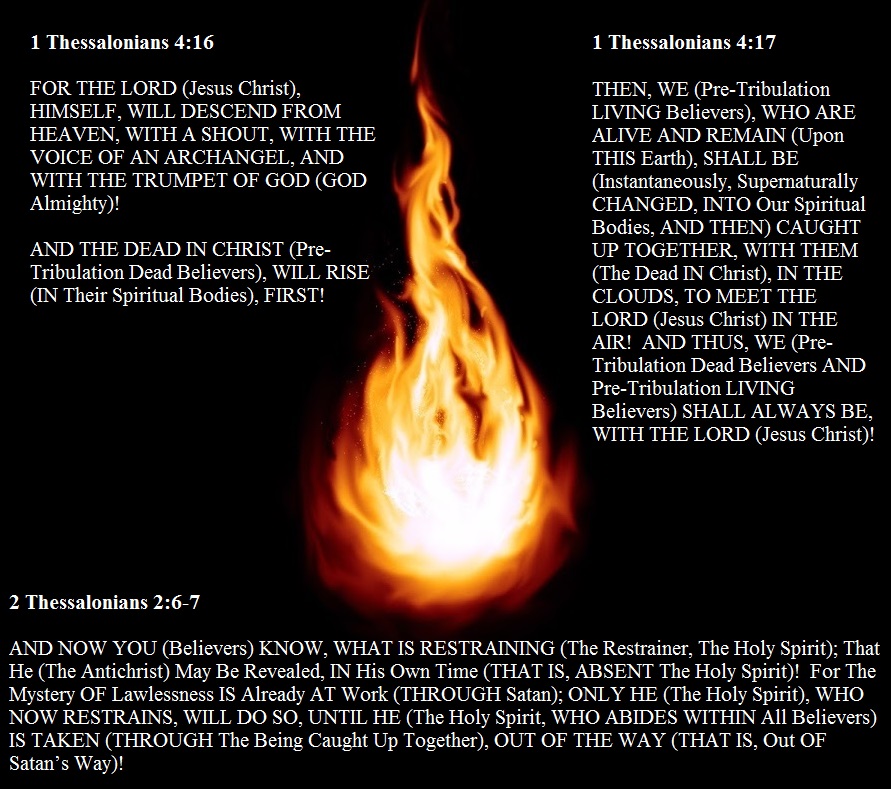 The Bride Adores Her Beloved

The voice of my beloved! Behold, he comes, leaping over the mountains, bounding over the hills.

My beloved speaks and says to me: “Arise, my love, my beautiful one, and come away…

The Rabbi Who Corrupted Our Bible 2,000 Years Ago & Rebooting The Bible
Therefore Encourage One Another With These Words: Rapture Dream 2020
Painting of Jesus miraculously survives inferno at historic Massachusetts church...
Earthquakes, The Resurrection, And The Rapture; A Speculation