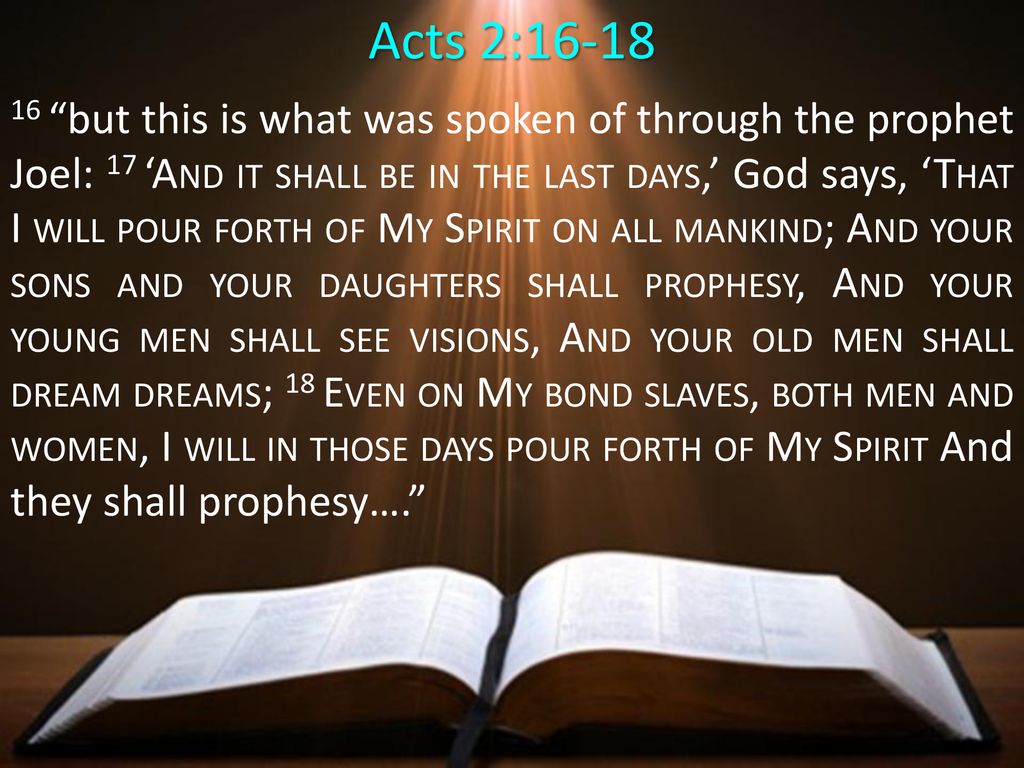 Acts 2:16-18
But this is what was uttered through the prophet Joel: 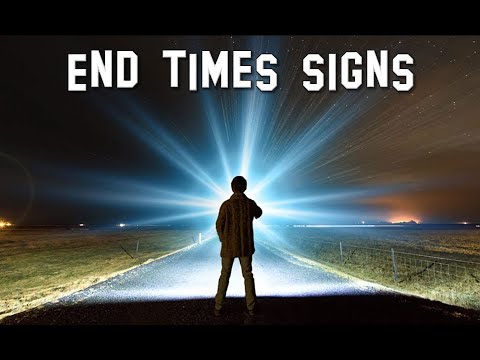 I just watched Jaco Prinsloo’s latest video and thought I should share it. He goes through these dreams and visions we have been hearing of lately and also Ken Peters’ who had his back in 1981. I have not fully watched the Ken Peters retelling of his dream that he did on The Prophecy Club yet but I will this week. One clip in particular stands out to me because of one of my dreams I mentioned in my Pastor Coverstone’s blog that I had the 90’s where I found myself running and hiding between trucks and vans that had UN on them. Ken as well as Pastor Coverstone saw the blue helmets that the UN wear. I do believe that they will be here in the United States policing after the destruction and this all will shove the US into the global government but, by that time, those left here will be begging for it and the Antichrist world leader to help “save them”. It is my opinion that the rapture will happen during the invasions talked about in these dreams and visions. I never had an earthquake dream but a lot of others have and the ones talked of in this video I believe will be the huge earthquakes globally that the dead in Christ will be arising during the rapture event.

I want to take a brief moment here to address the Pastor Coverstone debates and in some cases attack on his ministry and him. People are saying he teaches a false Gospel and that he is not a pre-trib believer and therefore the Lord did not give him any dreams but that the enemy did. I give a huge heartbreaking sigh to that. The man even said that he thought he should put it out there just in case and when December rolls around and nothing went down to feel free to call him crazy and move on.  I heard him myself in an interview where he flat out said that he is a pre-trib believer (This video was shared I did not find it. I started the video where he says he is PRETRIB. Disclaimer: I do not follow the channel where he was interviewed and may or may not believe with the speaker’s full beliefs just a fyi to say I only listened to this one video there..Just in case someone wants to slam me for sharing it). He is an Assembly of God Pastor and his church website says that they believe in grace through faith for salvation and in the imminent blessed hope. They believe also in sanctification but, that is not for salvation but growth in the Lord after salvation. You don’t have to agree with speaking in tongues as evidence of the Holy Spirit. Their belief is that you receive the Holy Spirit but the baptism of the Holy Spirit is followed by tongues. That does not mean you are not saved if you do not speak in tongues. People can write to him and ask him if they want but don’t just slam the man without going to him first in private and then, if there are issues, come out to the brethren. Also, just because you do not believe the same exact way it does not mean he is not saved and that he did not get warning dreams from the Lord. I think we tend to let fear alter our reasonable thinking sometimes and will turn away from anything that makes us nervous or anxious and forget that we are in Jesus’s care. I am guilty of that myself! Rest in Jesus and feel secure that he will provide and be there for us but we shouldn’t ignore possible warnings without actual investigation or, most importantly, prayer to ask for discernment. However, if you don’t want to or just don’t agree then move on and bypass it but don’t slam a brother or sister for that matter (who DO actually proclaim Jesus for salvation) because of it. Just because we may not agree with all things he believes does not mean he is wrong all the time. I feel that these warnings, for the most part, are for the unbelievers left behind and we should put them out here so that if they occur it will solidify that God was trying to talk to them and pull them out before it begins. Perhaps they will seek him then if they do not now.

Back to Jaco’s video. It is clear that so far we can not or will not be able to pin point an exact date but we CAN know the season and time frame. This too may come and go. All we can do is be alert, awake, watching and aware and still try to pull others in for Jesus for salvation. Perhaps we are raptured in that September or November and THAT is why it all gets so horrific so quickly? That said, don’t put trust in mere men and keep looking up because our redemption is near. We will be raptured before the tribulation but it does not mean we won’t see some things first. I mean take a look at the news and all this rioting now and the virus the globalist Beast system pushers are using for a tool. We are already seeing the trouble getting sparked up. Do not fear but rejoice because we are going home to be with Jesus SOON!

I just gotta say. I loved the brother from the UK Lee’s excerpts. I subbed to his channel but have not been able to fully vet it for myself. I’m going to give him a try and hear him out. In case you want to you can either get the links under Jaco’s video at YouTube or right here: God’s Messenger  FYI: Jaco does have all the links he brings up in his video right beneath including the full one done by Ken Peters so you can check them out.

I wanted to add this bonus video I watched last night. Her heart just reached me. Again, I do believe this message is for unbelievers to hear it before judgment falls. I do think that the Lord is sending out final messages one right after the other to as many who will listen. Please, if you have not accepted Jesus’s FREE gift of salvation then please do not put it off any longer. Time truly is of the essence!!!

The Rapture Is The Resurrection ~ Gary Stearman
The Whore of Babylon Visits Mt. Sinai [RHC Bakersfield Prophecy Update] a Must S...
Satan Constantly Rips God Off...Will The Mark Of The Beast Also Reveal That He D...
What is going on?!?