People Have No Idea What is About To Come To This Earth! 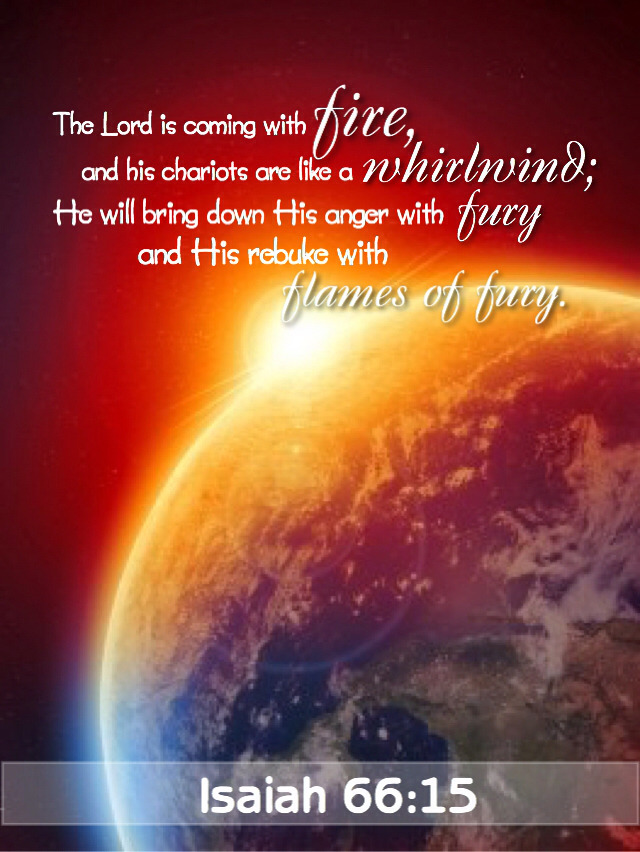 First a disclaimer, take note of the words used in this post such as; maybe, could be, I was thinking, it is possible, speculation, etc…All we can do is try to put the pieces together the best we can with the help of the Holy Spirit to guide us. Use your own discernment and do your own thinking and praying about it. Now, on with the post…

People have no idea what is coming. They are not taking the years of warnings that the Lord allowed before The Tribulation begins seriously. It IS sooner than they realize. Could be this month, could be this week, could even be today, we can’t be precise on a date but, as Jesus told his followers, we can know the season and that season is now! We are in the Fig Tree Generation. This is the season.

Check out the videos below. Ken Potter interviewed Jeff McGaha about the Dragon system. It was an intriguing discussion (**videos were removed by owner**). Jeff has been watching for quite some time. He has noticed the predictive programming in movies and various other venues that the powers that be signal out to people’s subconscious. Now, not everyone gets that part of it and or follows that side of end of days signs that our enemy tosses out. That is understandable as they can be deceiving and not really necessary for us to know. But, as I have said before and both Ken and Jeff take the same stance, of not throwing the baby out with the bath water. You don’t have to look into that side but don’t discount what is coming and what the Lord may use as tools for judgment including planets and their debris.

As per my last blog post, I think it is possible that the rapture may take place before the end of or at the end of Elul right as Rosh Hashana begins or, even during or right at the end of it. And to clarify my point of my last post, I think it may be possible that we get raptured during that time frame and then, at the end of Yom Kippur, the two witnesses could arrive but not start their witnessing until after the 6th trumpet. I’m just thinking they could arrive on the Earth at this time. It obviously does not have to happen this way. Just what came to my mind when pondering the timing of events. I believe the two witnesses are Moses and Elijah.

The late Jack Kelly had this to say about it: ” I believe the most logical candidates are Moses and Elijah. I say this for two reasons. First, because the miracles they perform are clearly associated with Moses and Elijah. And second because they’re witnesses to Israel. Israel’s name for the Old Testament is “The Law And The Prophets.” Moses and Elijah are the two figures from Israel’s past who most clearly personify that title. Moses was the Law giver, and Elijah is considered the greatest of Israel’s prophets. They would have more credibility with Israel than any one else the Lord could send.”

So, it could be as it was in the past when Moses descended from the mountain at the end of Yom Kippur as he did with the new tablets of God’s law and Elijah, who was taken up (raptured) by a chariot of fire, who may just come back with Moses on that same “chariot of fire” in the same time frame as our rapture. If there is anything that the Jews would pay more attention to it would be Moses coming back with Elijah after the rapture and world chaos beginning. Now, we know that they will not be received very well and the majority will try to kill them but, there will be the remnant saved who will wake up and listen with the help of the 144,000 who have been spreading the Gospel since the 6th and 7th seal.

Now, I was thinking that maybe the dragon system could cause global earth quaking beforehand as it gets closer to the Earth. The dead in Christ would rise and the rapture happen even before that system fully reaches. All speculation of course, and we just can’t be precise of actual dates (calendar issues and things only The Father knows) but, it could happen that way. The earthquake resurrection / rapture and perhaps war going on at the same time would cause mass chaos and people fearing seeing what is coming on the Earth (the movie Melancholia, that Jeff did a breakdown on comes to mind as well as the movie Greenland).

Can you just imagine what it could be like with the dragon system arriving slowly to the earth in the middle of war starting (Gog Magog and the U.S. being attacked) and, people seeing and knowing that it is coming and, people disappearing (rapture) and, then these beings (fallen angels) coming onto the Earth saying they are our “alien brothers” here to help the people of Earth with the false peace bringing Antichrist (false messiah) etc?? It could very well be that way and it sure sounds like judgments in The Book of Revelation.

This planet system could be hanging around for a while as it passes by earth with the debris field etc, perhaps the full 7 years, and Jesus would come back at the end. On a side note, my nephew Michael reminded me that the Gog Magog battle is stopped by the Lord with a large earthquake as well. Sure fits the time frame of Ezekiel 38-39 and pre-trib dead in Christ resurrection / rapture of those who are alive. I had not even thought of that point in relation to a possible connection with the earthquake of dead in Christ rising.

Ezekiel 38:18-23
But on that day, the day that Gog shall come against the land of Israel, declares the Lord God, my wrath will be roused in my anger. For in my jealousy and in my blazing wrath I declare, On that day there shall be a great earthquake in the land of Israel. The fish of the sea and the birds of the heavens and the beasts of the field and all creeping things that creep on the ground, and all the people who are on the face of the earth, shall quake at my presence. And the mountains shall be thrown down, and the cliffs shall fall, and every wall shall tumble to the ground. I will summon a sword against Gog on all my mountains, declares the Lord God. Every man’s sword will be against his brother. With pestilence and bloodshed I will enter into judgment with him, and I will rain upon him and his hordes and the many peoples who are with him torrential rains and hailstones, fire and sulfur. So I will show my greatness and my holiness and make myself known in the eyes of many nations. Then they will know that I am the Lord.

I think the events in the verses below will be an ongoing thing during the 7 years leading up the second coming and not just on the day Jesus physically returns. I think they will be going on from the start after the rapture and the beginning of the 7 year Time of Jacob’s / Israel’s Trouble. In fact we are already seeing the distress of nations and signs in the sun and moon and stars (Revelation 12 sign)…

Luke 21:25-28
“And there will be signs in sun and moon and stars, and on the earth distress of nations in perplexity because of the roaring of the sea and the waves, people fainting with fear and with foreboding of what is coming on the world. For the powers of the heavens will be shaken. And then they will see the Son of Man coming in a cloud with power and great glory. Now when these things begin to take place, straighten up and raise your heads, because your redemption is drawing near.” 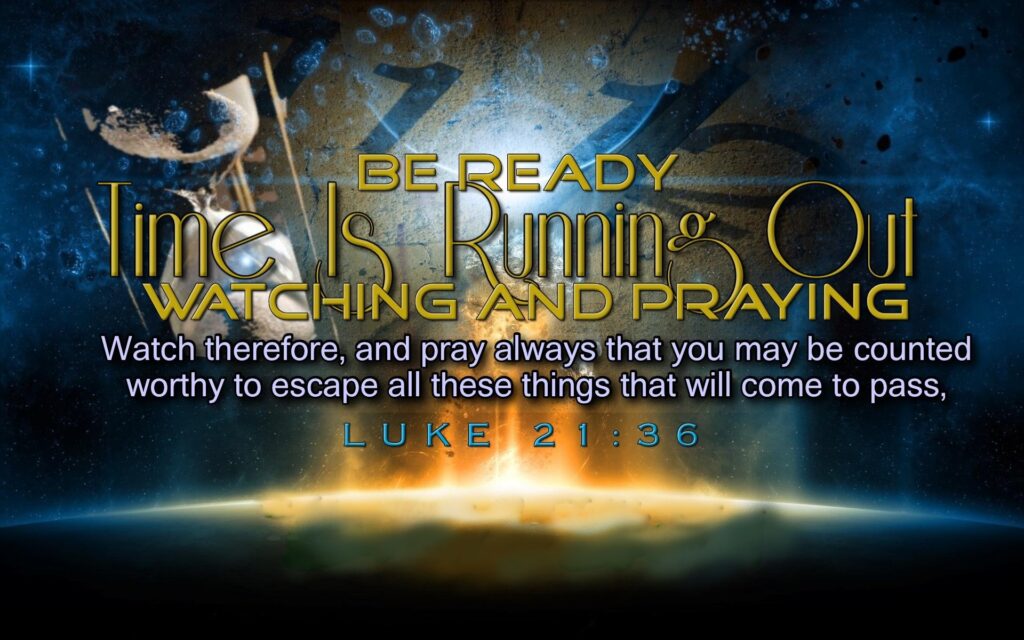 You are NOT appointed to this coming wrath if you belong to Jesus. TODAY is the day for salvation! Just ADMIT you are a sinner, BELIEVE in Jesus and what he has done for us all and CALL on him to save you. Don’t get left behind!

HOW TO GET TO HEAVEN!! 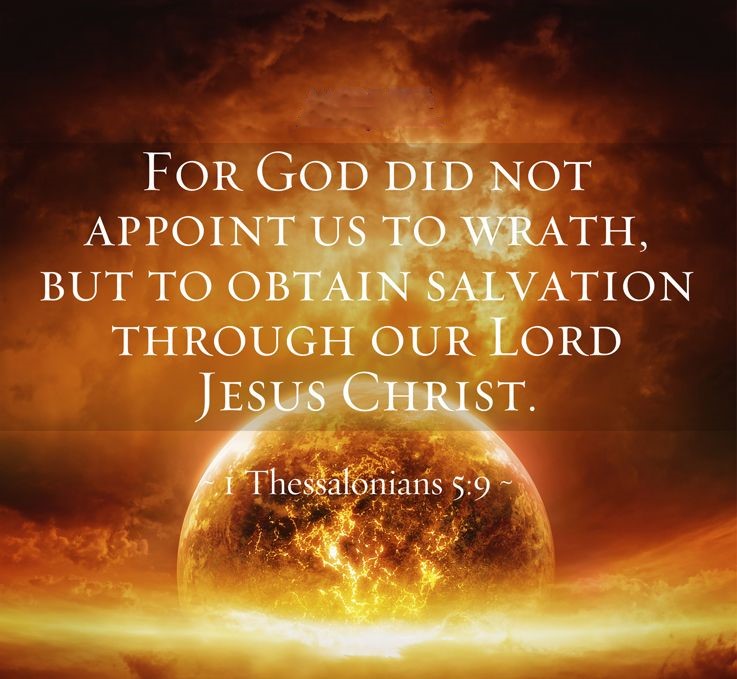 Getting closer and closer now...
What This Could Mean..Syria, Russia, Iran, Turkey And The US.
The Ties That Bind
The Coming Great American Eclipse