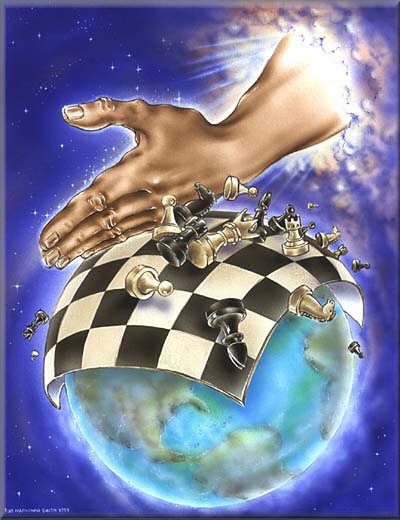 They can set their pieces in place and bring chaos to gain their order out of but, the day will come when God puts an end to the little games they play to destroy mankind and gain power. Once the last of the last of people who will come to Jesus comes into his kingdom then GAME OVER for the powers that be who are controlled by the enemy of God.

God warned us in his prophetic word so that we can be ready and know in advance what was coming on the Earth in the end of days. The occultic globalists are planning to bring about the next 9/11 that will start the one world government and religious system that God warned us was coming. I have been watching some videos that show the group’s symbolic pointing of events. They tend to point to twins A LOT!  As of late, I started to wonder if they have pointed to the twins to forecast WHEN they may attempt their plan. The twin towers was the start of the plan. The towers represented the twins (twin pillars masonically) and forecast what time frame they were going to kick off the final stage. HERE IS A CHANNEL that shows all the hat tips the occultists used to condition and signal using mass media as the tool to do it. They are well known in doing this. It is the key chosen choice of venue because of the amount of eyes they have watching at any given time when they send out their ritualistic signaling. It made me wonder about “the twins” and the “88 out of time” he shows time and time again. Please click on the highlighted link above or here: LXXXVIII finis temporis and just watch a few of the many videos where he points it all out. Are they telling us that they plan the next step to the second 9/11 during Gemini or May 21rst thru June 20? I have no idea but, what are the odds that each of these films and TV shows covering these symbols keep pointing over and over again to the same numbers and twins symbology for all of these years??? I think it is possible that they are forecasting to us what they plan on doing and what time they plan on doing it. Use discernment but, I am taking note of it myself.

I will be watching this time frame from May 21rst to June 20th but, not because of the evil occult globalists. I am watching because, for every bad plot and plan Satan has for us, God has a better plan. This time frame is the season of Pentecost. I am watching because of what GOD has hat tipped to us about this season of Pentecost. I think Jesus might be whisking his bride out of here during this time that the enemy pushes the button on the next 9/11. The times seem to coincide. Is it coincidence? We shall see. But, just by watching the news lately on the world stage, we can see the set up for the major end of days wars. Iran is in focus as well as Russia, Israel, Syria (Ezekiel 38-39 & Isaiah 17) and rumors of war.

They are planing on starting this war and it seems to be NOW in THIS time frame. Remember, God is SOVEREIGN in all of it. He told us what will happen and he told us it would happen at the time of the end and to watch for HIM. BUT, he never told us HOW it was going to happen. Keep that in mind as we wait and look for Jesus. We worship Jesus not this earth, not the government systems or their leaders (even though God uses them for his purpose. Just because he uses them does not mean they are always in his good graces behind the scenes.) Just keep alert and worship Jesus not man!

Below are a TON of news links that I added. Each day more come up and for every one below there are quite a few more that back them up if you do a search for them. I add all those links below not only to update you on the current events but, to also show you how the globalists are preparing and following a script line by line that they have devised. ALL of this is predicted in “I pet Goat II”: Markets plunge, war begins. Oil flow stops. It’s all planned. Take a look at the short occult I Pet Goat film and then read all the headlines below.

And here is an older relevant link I had updated after the Notre Dame fire:

Didja know this yet? I, petgoat II: CERN as a Portal

EVENTS ON THE WORLD STAGE THAT KEEP BUILDING DAILY

Can you see it?!?! It’s time to wake up and look up!! If you are not saved DO NOT PUT IT OFF ANY LONGER!!! HOW TO GET TO HEAVEN

Now I don’t think we need to get bogged down and lost in watching what the enemy is up to. I do think that we need to be aware of what they enemy is up to of course BUT, I don’t think we should focus on it. We should focus on Jesus and God’s word so, let’s finish off on a good note with Watchman Paul Dawson’s video. While the evil globalists are using this time frame by plotting and planning to bring about the world take over and rise up their antichrist leader. God has different plans to bless his people, win back the Jews to himself and help them to finally realize that JESUS IS THE MESSIAH and, to pull us to safety before he deals a heavy hand against his and our enemies (Satan, his fallen comrades and all the men who choose allegiances to Satan instead of the one true god). Let us focus on God’s plan and not the side that is foretold to be the losing side. Look up because our redemption is drawing nearer than we first believed!!!

People, it is coming, if you are saved look up because good things are coming your way! If you are not saved then, DON’T PUT IT OFF any longer! It will be a horrific time on this Earth that has NEVER been before. God tells us that in advance so we do not have to fall under wrath! ACCEPT JESUS ASAP!

Matthew 24:21-22
For then there will be great tribulation, such as has not been from the beginning of the world until now, no, and never will be. 22 And if those days had not been cut short, no human being would be saved. But for the sake of the elect those days will be cut short.