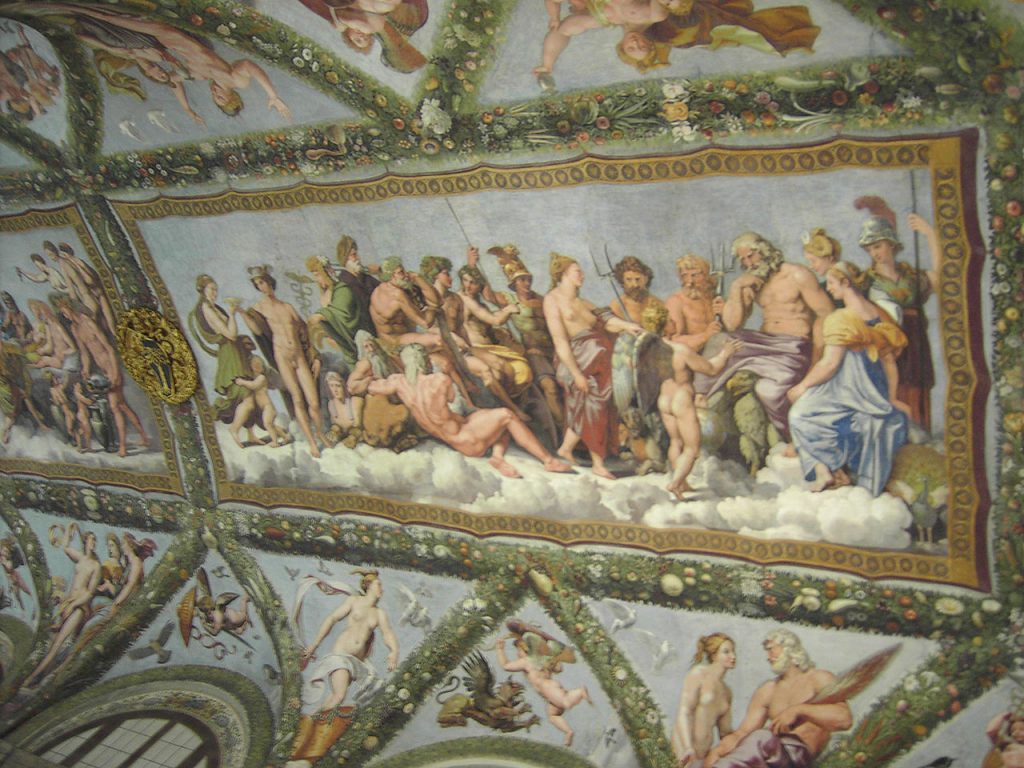 I had been thinking more on the Stranger Things post and about how the entertainment industry {certain films, books, comic books, cartoons (ex: Disney) and music} seriously indoctrinate and push the Gnostic beliefs and draw people in to love and hero worship the very beings that have rebelled against the ONE TRUE God. Every movie or story ever told, re-told, written, and re-written about these gods and the disingenuous descriptions of a creator god being an idiot, not only is a guise to confuse and turn people away from the Lord Jesus but, seems tantamount to a huge temper tantrum from these elder sons of God. They are the same stories just told in different ways with different types of characters. These fallen sons of God are angry and living on borrowed time themselves because the Father, the One true God of all, dressed them down and issued punishment for the way they handle the nations and the people under them. He issued punishment because they are evil and cruel in their plots, plans and dealings. They and their willing or deceived vessels twist and out right lie to us under the auspices of “it’s only entertainment, make believe and myth”.  And we watch, read and listen to these things oblivious to what is being planted into our minds either subconsciously or even consciously sometimes. I’d say the true crime would be on the minds of children but it’s just as bad on adults as well. It may not seem an issue and it’s not for those who are steady and stable in their faith of God and Jesus but, for those who are away from the Lord, it can push them further away and aid in pushing them even further away by a part of the coming great delusion. Whether they realize it or not, they have been trained to view what will be coming on the Earth as alien beings or “gods who created or seeded us” who want to help fight off the enemy of us and kill him and his army. All the while deluding mankind because, they hate us so deeply, making mankind think that the ONE TRUE God, the true lover of our souls, is the evil enemy. It’s coming, and we have a choice right this very minute of who we will side with, either Jesus or Satan. It is just that simple! However, the longer you wait the harder it will be to discern the truth, that is if you survive that long during the Great Tribulation. Today is the day, now is the time to accept Jesus as your savior. But that’s just me.

In this blog we will learn more about the rulers, the authorities, the cosmic powers over this present darkness, and the spiritual forces of evil in the heavenly places that Ephesians 6:11-13 talks of.

I have compiled a few extremely beneficial and interesting video’s of presentations given by Dr. Michael Heiser and Derek Gilbert. I know it is a bit time consuming but it will be well worth your time to look into and consider. You will walk away with a better understanding of what or who are behind the schemes of this world and have a better understanding of how you stand in God’s eyes as a representative of him. A being shaped in his own image. Someone that is considered a child of his. Sons and daughters of the MOST HIGH God. Very cool stuff! *And as always, please prayerfully use discernment in your studies on these topics.*

Psalm 82
God has taken his place in the divine council;
in the midst of the gods he holds judgment:
“How long will you judge unjustly
and show partiality to the wicked? Selah
Give justice to the weak and the fatherless;
maintain the right of the afflicted and the destitute.
Rescue the weak and the needy;
deliver them from the hand of the wicked.”

They have neither knowledge nor understanding,
they walk about in darkness;
all the foundations of the earth are shaken.

I said, “You are gods,
sons of the Most High, all of you;
nevertheless, like men you shall die,
and fall like any prince.”

Arise, O God, judge the earth;
for you shall inherit all the nations!

Watch this 46 min video first and then hit the ***KEY PRESENTATIONS*** of Derek Gilbert’s talks below by clicking on the highlighted links and playing the videos at the site..

The second set of presentations by Derek Gilbert…Click below:

Or here for video part 1:

Or here for video part 2:

This is an excellent compilation of shows at Sky watch TV that Dr. Heiser did

God is restoring his council and, when Jesus breaks that final seal of the title deed to the Earth, he will take it all back and install the system he intended from the beginning. (See the Book of Revelation starting at Chapter 5 onward for the seals) Humans will be included in that council again. You, if you are saved and have accepted Jesus, and I will be a part of that divine system of governing. We get a glimpse of that plan for us in this verse:

1 Corinthians 6:1-4 ~
When one of you has a grievance against another, does he dare go to law before the unrighteous instead of the saints? Or do you not know that the saints will judge the world? And if the world is to be judged by you, are you incompetent to try trivial cases? Do you not know that we are to judge angels? How much more, then, matters pertaining to this life! So if you have such cases, why do you lay them before those who have no standing in the church?

Will you be a member of that council with Jesus? 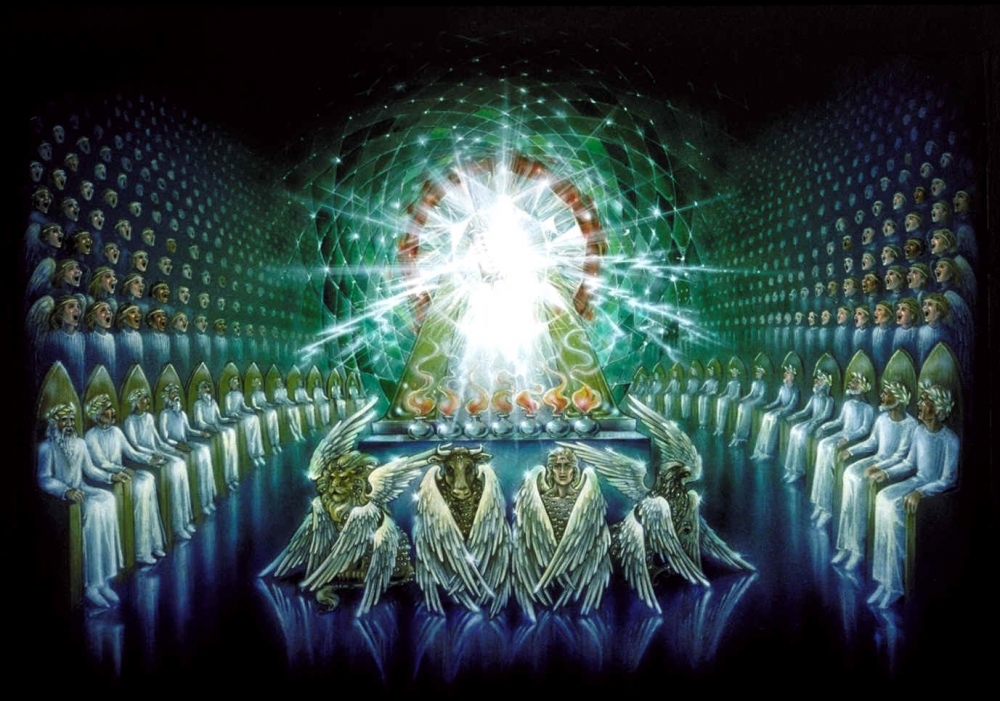 Satan and his fallen angels or these “gods” will be cast out of heaven to Earth after a battle in the Tribulation time. He and they will be angry because they know time is running short for them and the pressing warning of God hanging over their heads of: “You are gods, sons of the Most High, all of you; nevertheless, like men you shall die, and fall like any prince.” It won’t be a good time to live on the Earth at that time. It would be better to be saved now while there is still an ounce of time left before those days. 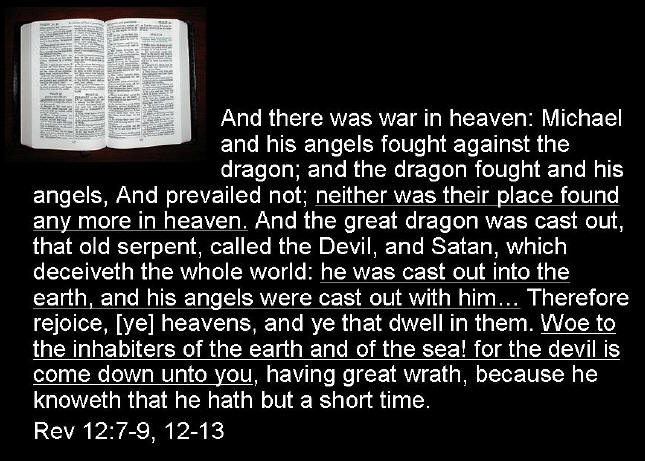 The end result to take to heart is Jesus wins! In the book of Revelation Chapter 19:

Then I saw heaven opened, and behold, a white horse! The one sitting on it is called Faithful and True, and in righteousness he judges and makes war. His eyes are like a flame of fire, and on his head are many diadems, and he has a name written that no one knows but himself. He is clothed in a robe dipped in blood, and the name by which he is called is The Word of God. And the armies of heaven, arrayed in fine linen, white and pure, were following him on white horses. From his mouth comes a sharp sword with which to strike down the nations, and he will rule them with a rod of iron. He will tread the winepress of the fury of the wrath of God the Almighty. On his robe and on his thigh he has a name written, King of kings and Lord of lords.

Then I saw an angel standing in the sun, and with a loud voice he called to all the birds that fly directly overhead, “Come, gather for the great supper of God, to eat the flesh of kings, the flesh of captains, the flesh of mighty men, the flesh of horses and their riders, and the flesh of all men, both free and slave, both small and great.” And I saw the beast and the kings of the earth with their armies gathered to make war against him who was sitting on the horse and against his army. And the beast was captured, and with it the false prophet who in its presence had done the signs by which he deceived those who had received the mark of the beast and those who worshiped its image. These two were thrown alive into the lake of fire that burns with sulfur.

More links to follow Derek Gilbert and Dr. Heiser other than the links above are:

Link of interest if you did not click on the very top art work pic above:
Divine Council ~ From Wikipedia, the free encyclopedia