Kabbalah Secrets Christians Must Know and The Kosher Pig 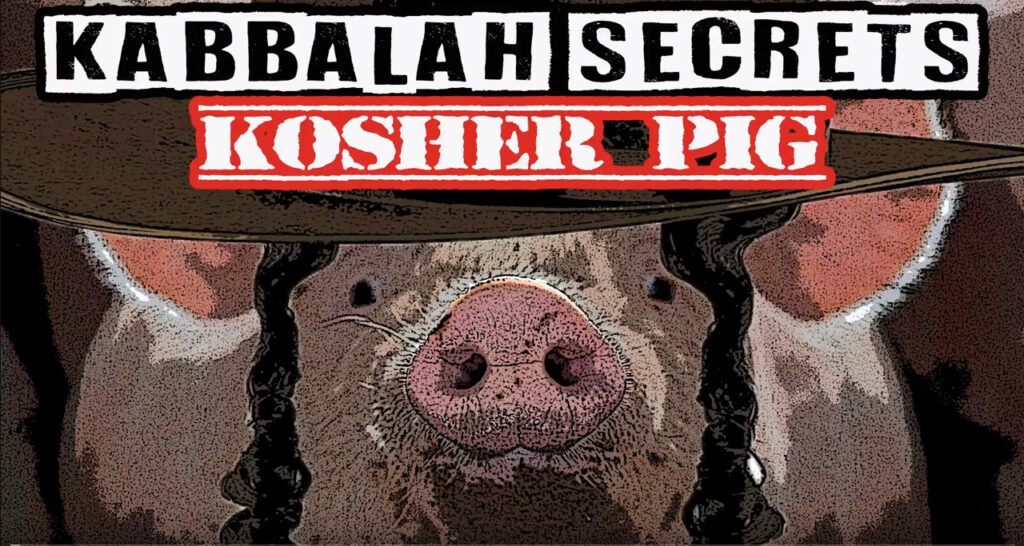 Galatians 4:16
Have I then become your enemy by telling you the truth?

I find it very unsettling that name labeling of antisemitism attacks are being launched (because of conditioning to do so when hidden truth is being discovered) against brothers and sisters in Christ  who are waking up to what is being done to ALL of us (Jew and Gentile alike) subtly over time concerning Noahide laws and the heavy spiritual deception of the Kabblah. It’s so very disconcerting. I know that the subject draws in real haters and they toss around their comments freely under videos of those exposing it but, please block out the angry haters so that you can hear TRUTH! Just because someone is telling you the dangers of the Noahide Laws and Jewish mysticism via Kabbalah and Talmud because, they actually have dug into it all and learned more, does not make them antisemitic or Jew/Israel haters!!

If you go by those standards then, you better start calling the apostle Paul antisemitic: Galatians 1:11-16: “For I would have you know, brothers, that the gospel that was preached by me is not man’s gospel. 12 For I did not receive it from any man, nor was I taught it, but I received it through a revelation of Jesus Christ. 13 For you have heard of my former life in Judaism, how I persecuted the church of God violently and tried to destroy it. 14 And I was advancing in Judaism beyond many of my own age among my people, so extremely zealous was I for the traditions of my fathers. 15 But when he who had set me apart before I was born, and who called me by his grace, 16 was pleased to reveal his Son to me, in order that I might preach him among the Gentiles…”

The above is just one quote but read the WHOLE book of Galatians to see as well as Paul’s other writings. It’s no wonder there are those out there trying to discredit Paul because, he goes against what the New World Order and one world religion stands for. Paul continues on with the teachings that Jesus tried to reveal to the Jews about turning away from the traditions of men (oral traditions from Rabbis who are mere men). Paul teaches to accept and follow Jesus as THE Messiah for salvation. What we see going on today with the Noahide Laws and Jewish mysticism is the exact same thing Jesus and the disciples dealt with during their days. Truly, there is nothing new under the sun! Wake up and for the love of JESUS stop attacking your brethren!

Bless Israel and do not curse Israel or the Jews by denying Jesus’s teachings against the traditions of men. This scripture: Genesis 12:1-3: Now the Lord said to Abram, “Go from your country and your kindred and your father’s house to the land that I will show you. 2 And I will make of you a great nation, and I will bless you and make your name great, so that you will be a blessing. 3 I will bless those who bless you, and him who dishonors you I will curse, and in you all the families of the earth shall be blessed.”  It is by the “seed” of Abraham in which all the families and nations of the world will be blessed that seed is Jesus Christ, Yeshua Messiah.

Paul says here in Galatians 3:6-14:  just as Abraham “believed God, and it was counted to him as righteousness”? 7 Know then that it is those of faith who are the sons of Abraham. 8 And the Scripture, foreseeing that God would justify the Gentiles by faith, preached the gospel beforehand to Abraham, saying, “In you shall all the nations be blessed.” 9 So then, those who are of faith are blessed along with Abraham, the man of faith. 10 For all who rely on works of the law are under a curse; for it is written, “Cursed be everyone who does not abide by all things written in the Book of the Law, and do them.” 11 Now it is evident that no one is justified before God by the law, for “The righteous shall live by faith.” 12 But the law is not of faith, rather “The one who does them shall live by them.” 13 Christ redeemed us from the curse of the law by becoming a curse for us—for it is written, “Cursed is everyone who is hanged on a tree”— 14 so that in Christ Jesus the blessing of Abraham might come to the Gentiles, so that we might receive the promised Spirit through faith.

So YES please bless Israel and the Jews!! Do so by praying for their TRUE salvation in JESUS and for their peace that will only come to them when they finally turn to him. Bless the ministries that are sharing the Gospel to the Jews in the face of intense opposition. Rabbi Zev Porat looks to be one of those ministers for one. There are others though. But please, stop attacking your brothers and sisters in Jesus who are just trying to show you what to avoid so that you are not led down a false path. I pray you all will be blessed by these posts I share. I have said it before and I’ll say it again, for me this topic proves a pretribulation rapture even more so because, if left here, Jesus will lose a majority of his followers because they are blindly putting their hopes and beliefs in things and people that are contrary to what Jesus would want. They are following Rabbis and leaders over Jesus so much so that they would sign on the dotted line of total agreement of Noahide Laws without looking further because a Rabbi told them it was the right thing to do. Now, I know that Jesus will lose NONE that are truly his that the father gives him. They will not be snatched out of his hand. See here where Jesus is addressing the Jews about this:

John 10:25-33: Jesus answered them, “I told you, and you do not believe. The works that I do in my Father’s name bear witness about me, 26 but you do not believe because you are not among my sheep. 27 My sheep hear my voice, and I know them, and they follow me. 28 I give them eternal life, and they will never perish, and no one will snatch them out of my hand. 29 My Father, who has given them to me, is greater than all, and no one is able to snatch them out of the Father’s hand. 30 I and the Father are one.” 31 The Jews picked up stones again to stone him. 32 Jesus answered them, “I have shown you many good works from the Father; for which of them are you going to stone me?” 33 The Jews answered him, “It is not for a good work that we are going to stone you but for blasphemy, because you, being a man, make yourself God.”

So, I look for the Pre trib rapture to be any day now because Jesus will not lose one. Those left behind and who accept Jesus will in fact have to work out their salvation with fear and trembling when facing a beheading for idol worshiping because they worship Jesus. Accept him today so you will not be staring down the guillotine. TODAY is the day of salvation!

Here are some very interesting interviews with DeAnne Loper about Kabbalah. They discuss Metatron among other topics.

“Brace Yourself” – Pastor Dana Coverstone Was Shown What May Be Coming In The Mo...
Time of Jacob's (Israel's) Trouble and Figs Start to Ripen After The Rapture
Big End Times News Developing In The Ezekiel 38-39 Battle
Timothy Alberino And The Unholy See