It’s Time To Awake Out Of Sleep! 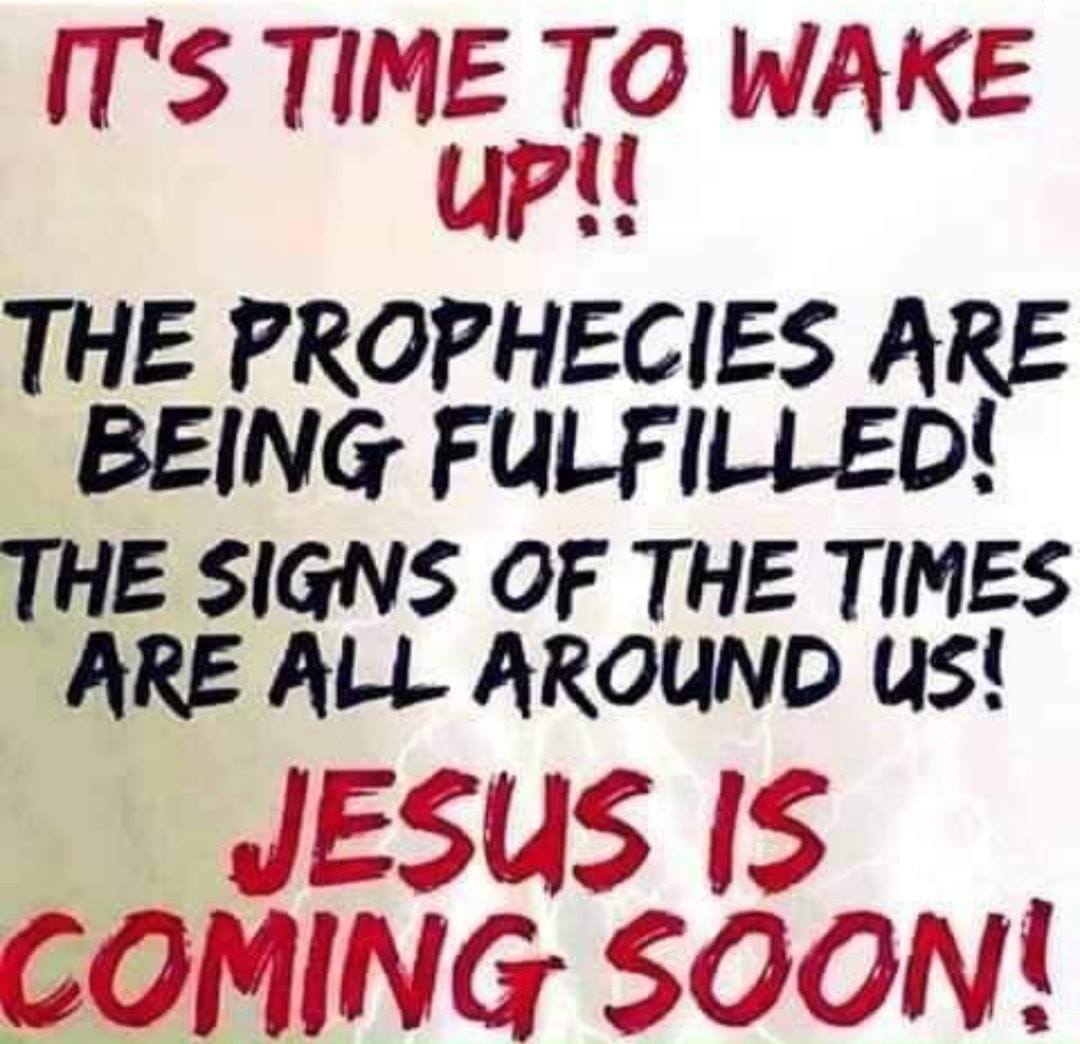 It is time to awake out of sleep. This world and this country are going to change drastically. If you can not see that then pray that your eyes be opened. It is going to get bad BUT, you do not have to have fear about it. You can have peace knowing that better things and days are ahead of you and that you can endure and be removed from the wrath that is about to fall on this whole Earth! If you change your mind / repent and believe that Jesus came and died for you and then rose again defeating death to save you then call on him and tell him and ask him to save you! Do it NOW! Don’t keep putting it of!. People are being so hardhearted and hard headed that I am now just begging you at this point that, if you are about to take your last breath from a jab you took that may have caused adverse reactions or just in general, then PLEASE let the first thing you think of and ask for to be for Jesus to save you! If you find yourself at deaths door, tell him you believe and ask him to save you before you die. Now, please see the links below….

Read this snip from THIS LINK carefully…

“The DHS also noted that “racially- or ethnically-motivated violent extremists” and “anti-government/anti-authority violent extremists” remain a priority for the department, warning that the extremists could attempt to “exploit the emergence of COVID-19 variants by viewing the potential re-establishment of public health restrictions across the United States as a rationale to conduct attacks.”
“Pandemic-related stressors have contributed to increased societal strains and tensions, driving several plots by domestic violent extremists, and they may contribute to more violence this year,” the department warned.”    DHS issues nationwide 9/11 terror warning from ‘domestic’ and ‘foreign’ terrorists

This can be used against anyone who does not comply. You can now be called a “domestic terrorist” if they so deem you to be one….Go to your state Senate and look up your Emergency Management bill and read to see if THIS (scroll to 1097 thru 1114) is in it….Can you not see what is coming? Turn to Jesus for salvation TODAY! Have the peace during this that defies all understanding. Again, his people are not appointed to the wrath that will follow. The wrath is for his enemies.

Philippians 4:6-7
do not be anxious about anything, but in everything by prayer and supplication with thanksgiving let your requests be made known to God. And the peace of God, which surpasses all understanding, will guard your hearts and your minds in Christ Jesus. 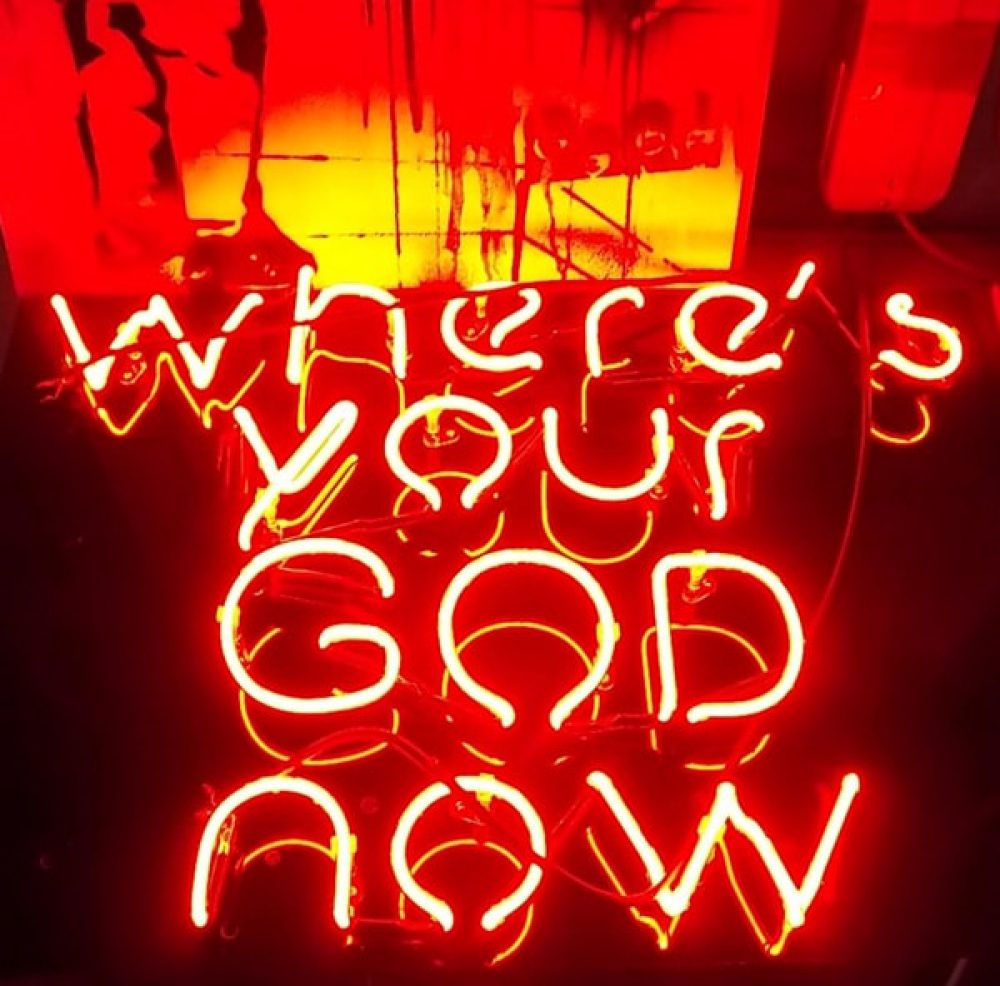 This happened: The Demon-Infused Fascists Of ANTIFA Ruthlessly Attack A Public Christian Prayer Gathering In Portland, Howling At The Name Of Jesus Christ

The key thing said at that event is the shout in the distance from one of these deceived individuals of “Where is your God now?” It is yet ANOTHER sign and indication of the times and return of Jesus being at hand….

Micah 7:10
Then my enemy will see, and shame will cover her who said to me, “Where is the Lord your God?” My eyes will look upon her; now she will be trampled down like the mire of the streets.

A servant is not greater than his master. If they hated Jesus they will also hate us. Stand strong in prayer with courage as we wait on Jesus to come…They mocked him as they killed him….But he LET them in order to repair the spiritual rip and separation so that we could be saved and reunited to God the Father…

Luke 23:34-43
And Jesus said, “Father, forgive them, for they know not what they do.” And they cast lots to divide his garments. And the people stood by, watching, but the rulers scoffed at him, saying, “He saved others; let him save himself, if he is the Christ of God, his Chosen One!” The soldiers also mocked him, coming up and offering him sour wine and saying, “If you are the King of the Jews, save yourself!” There was also an inscription over him, “This is the King of the Jews.”

One of the criminals who were hanged railed at him, saying, “Are you not the Christ? Save yourself and us!” But the other rebuked him, saying, “Do you not fear God, since you are under the same sentence of condemnation? And we indeed justly, for we are receiving the due reward of our deeds; but this man has done nothing wrong.” And he said, “Jesus, remember me when you come into your kingdom.” And he said to him, “Truly, I say to you, today you will be with me in paradise.”

OTHER VERSES OF “WHERE IS YOUR GOD?”

Psalm 42:3
My tears have been my food day and night, while they say to me all the day long, “Where is your God?”

Psalm 42:10
As with a deadly wound in my bones, my adversaries taunt me, while they say to me all the day long, “Where is your God?”

Psalm 79:10
Why should the nations say, “Where is their God?” Let the avenging of the outpoured blood of your servants be known among the nations before our eyes!

Malachi 2:17
You have wearied the Lord with your words. But you say, “How have we wearied him?” By saying, “Everyone who does evil is good in the sight of the Lord, and he delights in them.” Or by asking, “Where is the God of justice?”

Jude 17-19
But you must remember, beloved, the predictions of the apostles of our Lord Jesus Christ. They said to you, “In the last time there will be scoffers, following their own ungodly passions.” It is these who cause divisions, worldly people, devoid of the Spirit.

2 Peter 3:2-7
that you should remember the predictions of the holy prophets and the commandment of the Lord and Savior through your apostles, knowing this first of all, that scoffers will come in the last days with scoffing, following their own sinful desires.

They will say, “Where is the promise of his coming? For ever since the fathers fell asleep, all things are continuing as they were from the beginning of creation.”

For they deliberately overlook this fact, that the heavens existed long ago, and the earth was formed out of water and through water by the word of God, and that by means of these the world that then existed was deluged with water and perished. But by the same word the heavens and earth that now exist are stored up for fire, being kept until the day of judgment and destruction of the ungodly.

Where is our God now? Don’t worry, you are going to meet him. Prayerfully, for your sake, it will be AFTER repentance! 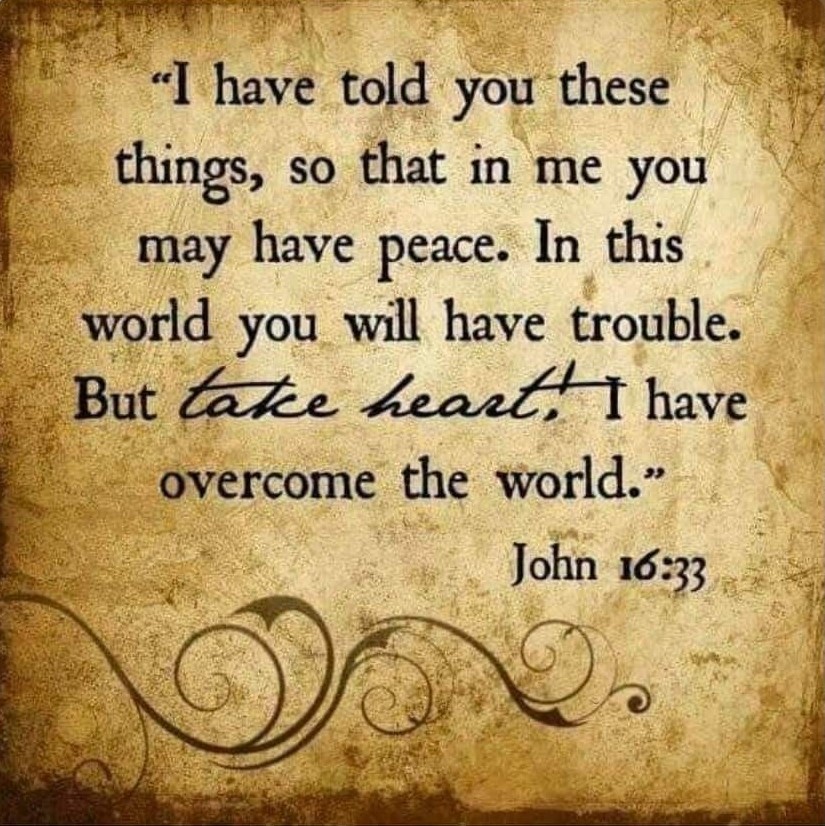 I want to finish with some hope. If you are saved then we won’t have to endure the horrors (wrath) coming.

1 Thessalonians 5:2
For you yourselves are fully aware that the day of the Lord will come like a thief in the night.

2 Peter 3:10
But the day of the Lord will come like a thief, and then the heavens will pass away with a roar, and the heavenly bodies will be burned up and dissolved, and the earth and the works that are done on it will be exposed.

Revelation 3:3
Remember, then, what you received and heard. Keep it, and repent. If you will not wake up, I will come like a thief, and you will not know at what hour I will come against you.

Revelation 16:15
(“Behold, I am coming like a thief! Blessed is the one who stays awake, keeping his garments on, that he may not go about naked and be seen exposed!”)

1 Thessalonians 5:4
BUT you are not in darkness, brothers, for that day to surprise you like a thief.

For Jesus to come as a thief that means he will catch people off guard. We know he is coming for us and so it won’t catch us off guard. Things will almost be business as usual with people planning and living life. What we are again approaching, with lock downs and talks of forcing people to take jabs or be locked up, is not business as usual. If these things are fast approaching, then how much closer is Jesus’ coming to rapture his church to be with him??? Keep focus on Jesus and his return and our blessed hope. This post is mainly to show the unbelievers what is on the horizon and a begging for them to PLEASE wake up, soften their hearts and call on Jesus for salvation!! For those of us who are saved already, it is just another indication of how close we are! LOOK UP!!!

The Christmas Star: The Birth, History, and Wise Men
More On The Rapture Timing (Pre, Mid, Post what makes more sense?)
Signs, Signs, Everywhere Signs....Basket of Fruit Found...Summer Fruit?
IF THE SKY DOESN'T TELL US THE CORRECT TIME, THEN WHAT OR WHO DOES? (July watch)