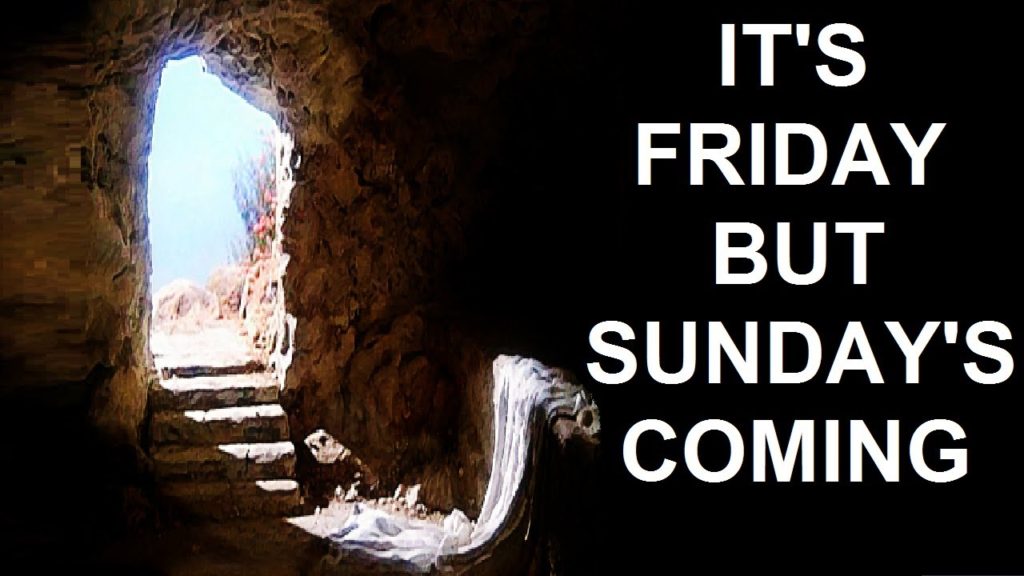 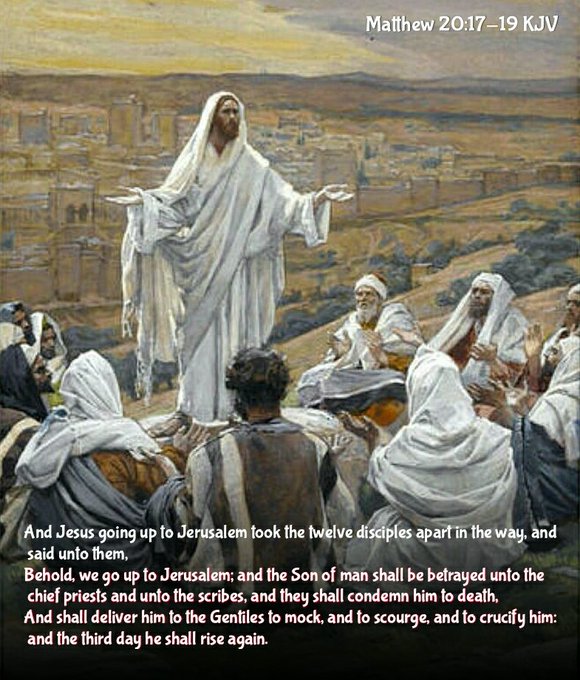 Jesus Delivered to Be Crucified

Then Pilate took Jesus and flogged him. And the soldiers twisted together a crown of thorns and put it on his head and arrayed him in a purple robe. They came up to him, saying, “Hail, King of the Jews!” and struck him with their hands. Pilate went out again and said to them, “See, I am bringing him out to you that you may know that I find no guilt in him.” So Jesus came out, wearing the crown of thorns and the purple robe. Pilate said to them, “Behold the man!” When the chief priests and the officers saw him, they cried out, “Crucify him, crucify him!” Pilate said to them, “Take him yourselves and crucify him, for I find no guilt in him.” The Jews answered him, “We have a law, and according to that law he ought to die because he has made himself the Son of God.” When Pilate heard this statement, he was even more afraid. He entered his headquarters again and said to Jesus, “Where are you from?” But Jesus gave him no answer. So Pilate said to him, “You will not speak to me? Do you not know that I have authority to release you and authority to crucify you?” Jesus answered him, “You would have no authority over me at all unless it had been given you from above. Therefore he who delivered me over to you has the greater sin.” 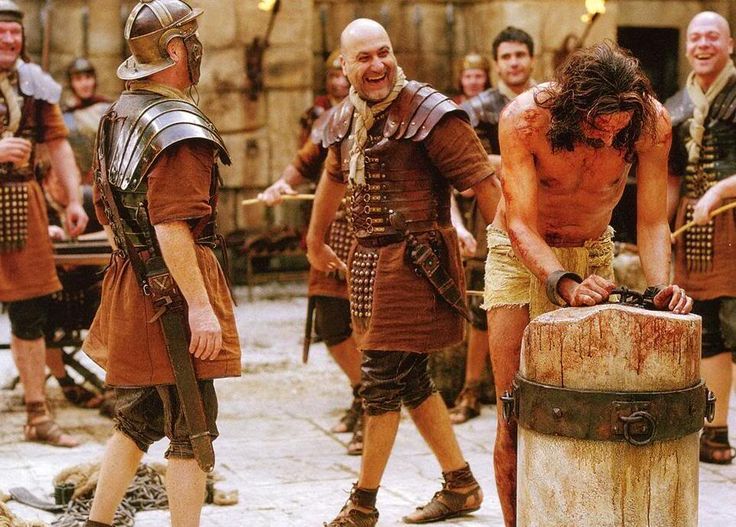 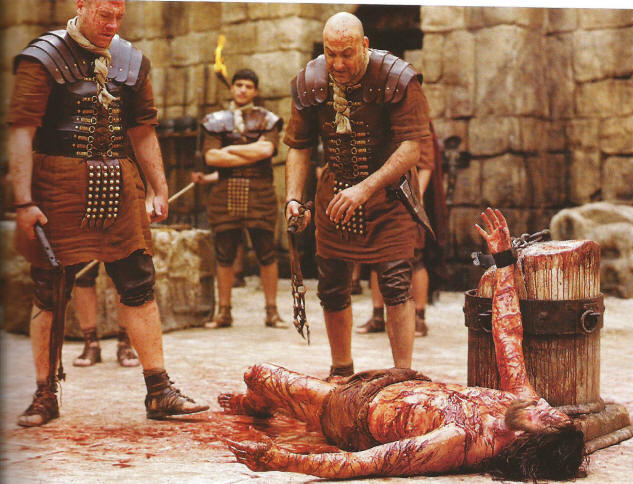 From then on Pilate sought to release him, but the Jews cried out, “If you release this man, you are not Caesar’s friend. Everyone who makes himself a king opposes Caesar.” So when Pilate heard these words, he brought Jesus out and sat down on the judgment seat at a place called The Stone Pavement, and in Aramaic Gabbatha. Now it was the day of Preparation of the Passover. It was about the sixth hour. He said to the Jews, “Behold your King!” They cried out, “Away with him, away with him, crucify him!” Pilate said to them, “Shall I crucify your King?” The chief priests answered, “We have no king but Caesar.” So he delivered him over to them to be crucified. 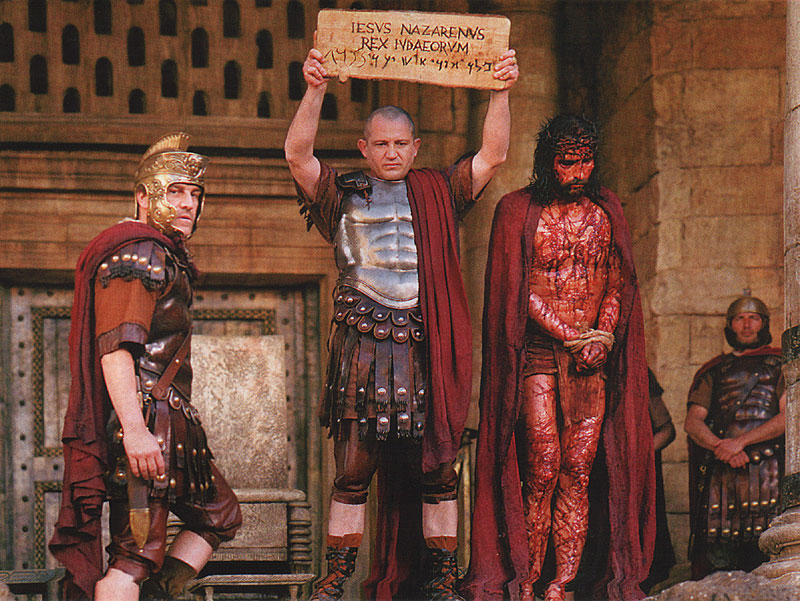 So they took Jesus, and he went out, bearing his own cross, to the place called The Place of a Skull, which in Aramaic is called Golgotha. There they crucified him, and with him two others, one on either side, and Jesus between them. Pilate also wrote an inscription and put it on the cross. It read, “Jesus of Nazareth, the King of the Jews.” Many of the Jews read this inscription, for the place where Jesus was crucified was near the city, and it was written in Aramaic, in Latin, and in Greek. So the chief priests of the Jews said to Pilate, “Do not write, ‘The King of the Jews,’ but rather, ‘This man said, I am King of the Jews.’” Pilate answered, “What I have written I have written.”

When the soldiers had crucified Jesus, they took his garments and divided them into four parts, one part for each soldier; also his tunic. But the tunic was seamless, woven in one piece from top to bottom, so they said to one another, “Let us not tear it, but cast lots for it to see whose it shall be.” This was to fulfill the Scripture which says,

“They divided my garments among them, and for my clothing they cast lots.”

The Death of Jesus

After this, Jesus, knowing that all was now finished, said (to fulfill the Scripture), “I thirst.” A jar full of sour wine stood there, so they put a sponge full of the sour wine on a hyssop branch and held it to his mouth. When Jesus had received the sour wine, he said, “It is finished,” and he bowed his head and gave up his spirit. 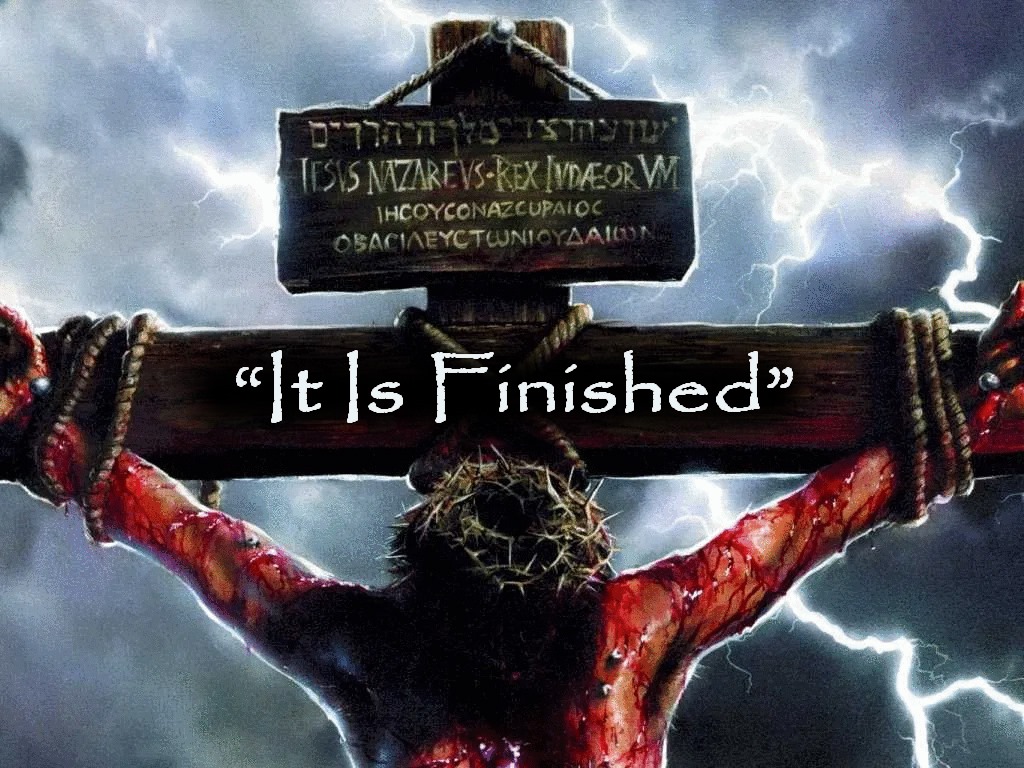 Jesus’ Side Is Pierced

Since it was the day of Preparation, and so that the bodies would not remain on the cross on the Sabbath (for that Sabbath was a high day), the Jews asked Pilate that their legs might be broken and that they might be taken away. So the soldiers came and broke the legs of the first, and of the other who had been crucified with him. But when they came to Jesus and saw that he was already dead, they did not break his legs. But one of the soldiers pierced his side with a spear, and at once there came out blood and water. He who saw it has borne witness—his testimony is true, and he knows that he is telling the truth—that you also may believe. For these things took place that the Scripture might be fulfilled: “Not one of his bones will be broken.” And again another Scripture says, “They will look on him whom they have pierced.” 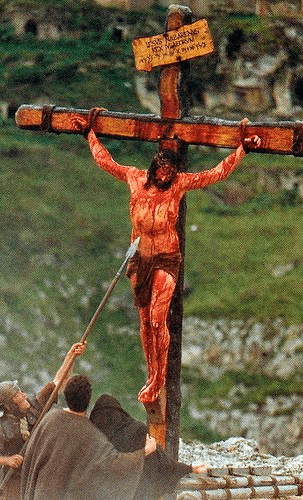 After these things Joseph of Arimathea, who was a disciple of Jesus, but secretly for fear of the Jews, asked Pilate that he might take away the body of Jesus, and Pilate gave him permission. So he came and took away his body. Nicodemus also, who earlier had come to Jesus by night, came bringing a mixture of myrrh and aloes, about seventy-five pounds in weight. So they took the body of Jesus and bound it in linen cloths with the spices, as is the burial custom of the Jews. Now in the place where he was crucified there was a garden, and in the garden a new tomb in which no one had yet been laid. So because of the Jewish day of Preparation, since the tomb was close at hand, they laid Jesus there. ~ John 19 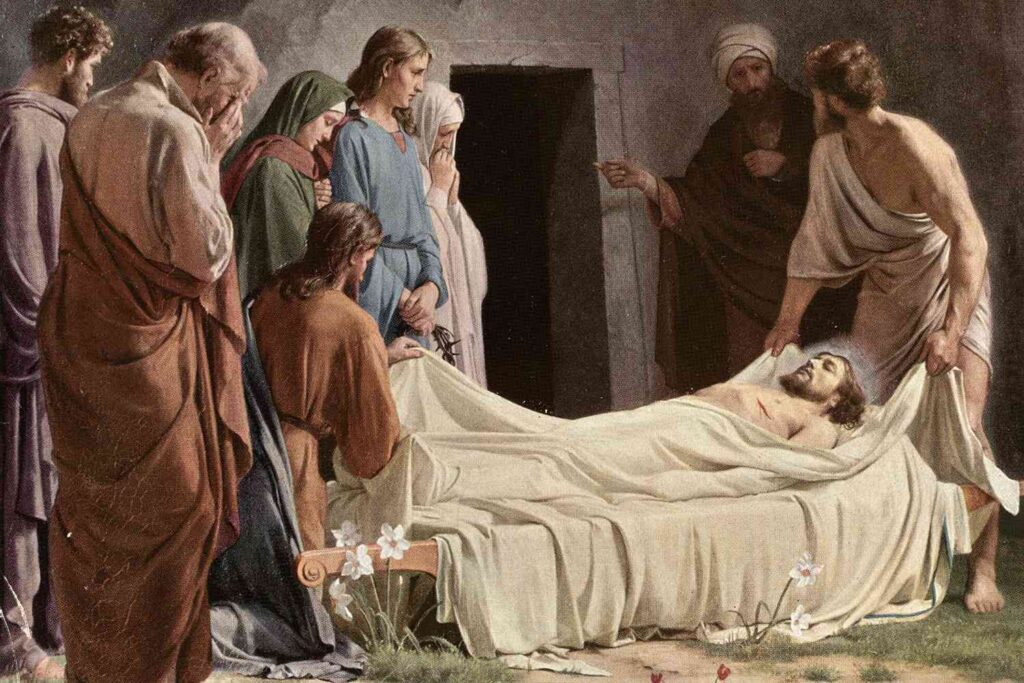 BUT ON THE THIRD DAY HE ROSE!

But the angel said to the women, “Do not be afraid, for I know that you seek Jesus who was crucified. He is not here, for he has risen, as he said. Come, see the place where he lay. Then go quickly and tell his disciples that he has risen from the dead, and behold, he is going before you to Galilee; there you will see him. See, I have told you.” ~ Matthew 28:5-7 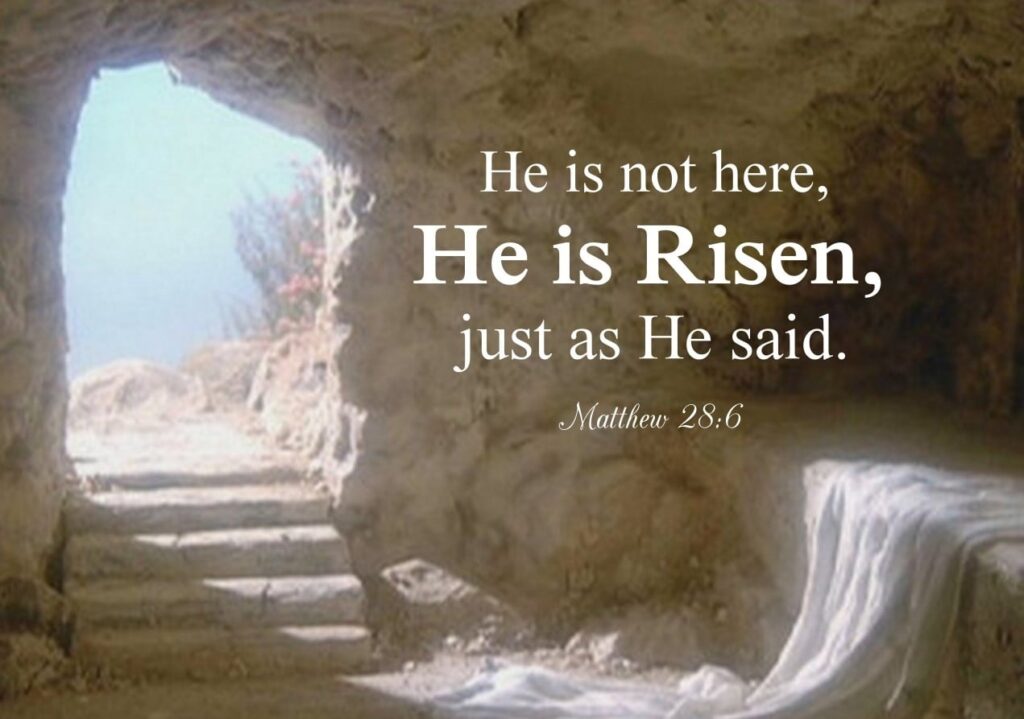 I wonder, if not on Pentecost or in the summer, will there be a wedding on the third day as there was one on the day Jesus performed his first miracle???? After all, the Galilean wedding is the model for the wedding of the church and Jesus and the Rapture. See bonus link right below for more. Keeping in mind there are so many calendars and so Passover falls on several dates. The key point is: THIS YEAR looks HUGE for rapture! KEEP LOOKING UP!! 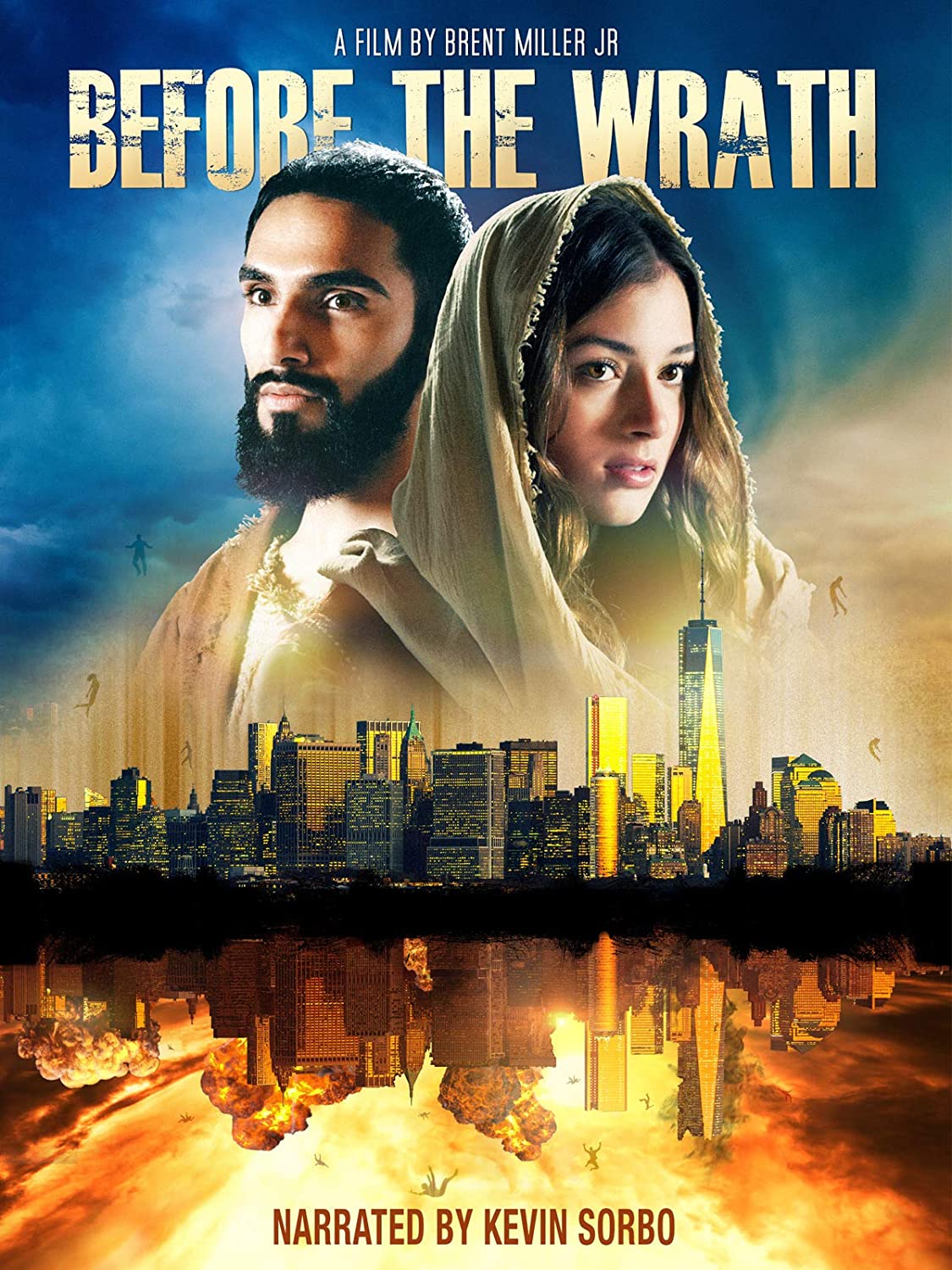 Is the Rapture Foretold in the Traditional Galilean Wedding Ceremony?

Just as the Galilean groom went away after the betrothment to prepare a place to live and he promised to return to retrieve her when everything was ready, so Jesus went away to prepare a place for his bride (the Church) to live and He promises to come back and get us, What is profoundly important about this is that with His promise to return to retrieve his bride, Jesus just introduced the concept of the Rapture. The theology of the Rapture is not something constructed from thin air in the 1800s or even back in the 300s. Jesus made the commitment Himself at the Last Supper as understood from within the context of a Galilean wedding. But wait, it gets even better!

TODAY IS THE DAY OF SALVATION! YOU ARE FAST RUNNING OUT OF TIME TO ACCEPT JESUS BEFORE WRATH!

The 120th Jubilee! Do you understand the pattern? The end is here! Rapture Soon!...
Just A Brief Update and Shoes and Hot Coffee Left Behind in Rapture
We Moved Closer To The Tribulation Today. Dedication Of The Alter Of The Third T...
The RAPTURE: The Deal Of The Century About To Be Revealed And Its Timing