Israel’s 70th Anniversary and The American Embassy Move To Jerusalem 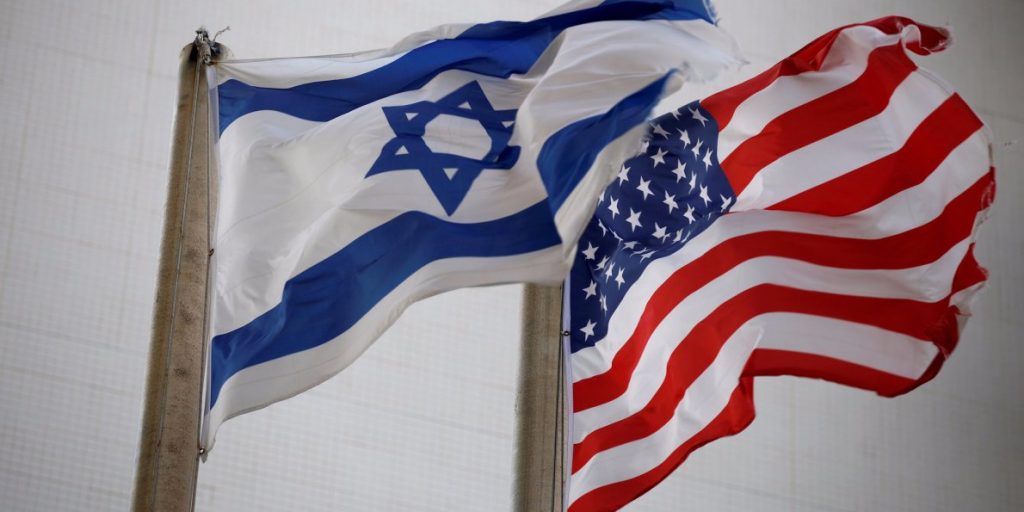 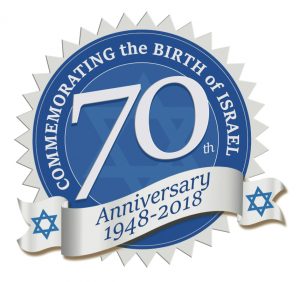 “Who has heard of such a thing?
Who has seen such things?
Can a land be born in one day
or a nation be delivered in an instant?
Yet as soon as Zion was in labor,
she gave birth to her sons.”
—Isaiah 66:8

What an awesome wonderful day! I am thrilled that The United States recognizes that Jerusalem is Israel’s capital and has moved our embassy there and setting the tone for other countries to do the same thing. I enjoyed listening to all the speeches at the embassy opening and I loved seeing the excitement and joy on the faces there. However, did you sense the however coming? The talk of how finally the truth is being spoken about and used as the basis of this recognition was bittersweet to me. It most especially was when John Hagee came to the podium.

Here is the truth. Jesus was left out of the equation. God’s son who is THE Messiah was not mentioned by Hagee as he well should have since he is the Christian pastor there to speak. I already know what some are saying now. Well, he couldn’t bring up Jesus because it is a touchy issue and the Jews don’t recognize him as the Messiah. Yes, and there you have it. They do not (yet) recognize him as the Messiah. Can we not see how this is going to pan out now? They did not recognize him as the Messiah when he was walking the streets of Jerusalem or when he spoke in the Temple. How did this make God feel? What were the results? As Solomon said: “What has been is what will be, and what has been done is what will be done, and there is nothing new under the sun.” ~ Ecclesiastes 1:9

During the whole event I could not help but think if only they would have (Hagee especially should have) spoken the actual truth that Jesus the Messiah would RETURN there to Jerusalem instead of the vague comment that Jerusalem would be where the messiah would come in the future. If only Jesus would be spoken of as THE truth then the whole of the events about to hit would not occur the way we know that they will. Even though they are saying this is built on historical truth that is not actually the case. It’s only partial truth. Jesus added to the equation is the full truth.  Also, when Netanyahu said Jerusalem will not be divided I was thrilled to hear that come out of his mouth but then, it struck me that perhaps the chaos coming will be the very thing they use to say that Jerusalem must be divided. Perhaps they will say that not dividing Jerusalem is what caused all the troubles. All hell will break loose on the heels of this. Even though God is the one who stops Israel from being destroyed (they will take some lumps) the Antichrist will step in and act as if he is bringing peace and along with the help of the false prophet he will then divide Jerusalem up to embrace all the religions mixed into one as a one world religion in Jerusalem to “fix” the chaos and stop the wars that “this” has caused. Then God will need to step in to teach them what the REAL truth is and show them the error of their ways. Then the Jews will finally recognize the FULL truth and honor Jesus the true Messiah. These are just some mere thoughts I was having while watching the events today.

Should we be joyous and happy because of today? Absolutely we should! But, we should also be realistic knowing the full truth and realizing that even though there are men out there doing what God would want done they are also not doing the full extent of the job and I have to wonder and ask why? The FULL extent would be to honor his son Jesus and tell the whole world that he IS the Messiah and that he is the ONLY way to the Father. Holding back the truth will not bring real peace. Holding back the truth will not fix any problems going forward. It will only help cause the chaos that the New World Order organizers will use to take power and bring forth their Antichrist and false religion. If only mankind would learn our lesson. We keep moving ahead on our own as we see fit leaving God’s FULL truth out of the equation and so he HAS to step in to resolve all of it and put a stop to the enemy and their plans.

I believe that this is also bittersweet to the Lord. I am sure this is breaking his heart because of what is about to happen in the coming days ahead. But, it has to be done because even though we are advanced and the gospel has been spread successfully around the world and more and more have come to salvation in Jesus, Jesus is still not openly being spoken of as THE ONLY way in his city Jerusalem by God’s people, the Christians or by God’s people, the Jews. Not only that, a pastor who is supposed to lift the name of the Lord Jesus up to the world stood in front of the world on camera and kept silent because we can not make some feel uncomfortable by saying Jesus’ name.

Yes, bittersweet. We know what is coming in the days ahead. Sweet, wonderful, and awesome for those of us who accept the truth and have been saved by Jesus because we get to go home soon and be with him and the Father. Sweet because we know the ending of it all will be sheer perfection, real peace and happiness for all of God’s creations. So bitter for those left behind and the Jews who will have to endure so much until they fully open their eyes and soften their hearts and accept their REAL Messiah Jesus! If only they would do that today and not have to go into the times they will be heading into. The final 7 years. The time of Jacob’s Trouble.

41 Now when Jesus approached and saw the city, he wept over it, 42 saying, “If you had only known on this day, even you, the things that make for peace! But now they are hidden from your eyes. 43 For the days will come upon you when your enemies will build an embankment against you and surround you and close in on you from every side. 44 They will demolish you—you and your children within your walls—and they will not leave within you one stone on top of another, because you did not recognize the time of your visitation from God.”

45 Then Jesus entered the temple courts and began to drive out those who were selling things there, 46 saying to them, “It is written, ‘My house will be a house of prayer,’ but you have turned it into a den of robbers! ~ Luke 19:41-46

But they did not recognize him and still do not….

22 And when he had removed him, he raised up David to be their king, of whom he testified and said, ‘I have found in David the son of Jesse a man after my heart, who will do all my will.’ 23 Of this man’s offspring God has brought to Israel a Savior, Jesus, as he promised. 24 Before his coming, John had proclaimed a baptism of repentance to all the people of Israel. 25 And as John was finishing his course, he said, ‘What do you suppose that I am? I am not he. No, but behold, after me one is coming, the sandals of whose feet I am not worthy to untie.’

26 “Brothers, sons of the family of Abraham, and those among you who fear God, to us has been sent the message of this salvation. 27 For those who live in Jerusalem and their rulers, because they did not recognize him nor understand the utterances of the prophets, which are read every Sabbath, fulfilled them by condemning him. 28 And though they found in him no guilt worthy of death, they asked Pilate to have him executed. 29 And when they had carried out all that was written of him, they took him down from the tree and laid him in a tomb. 30 But God raised him from the dead, 31 and for many days he appeared to those who had come up with him from Galilee to Jerusalem, who are now his witnesses to the people. 32 And we bring you the good news that what God promised to the fathers, 33 this he has fulfilled to us their children by raising Jesus… ~ Acts 13:22-33

They still do not recognize him. But, they will….

31 Since it was the day of Preparation, and so that the bodies would not remain on the cross on the Sabbath (for that Sabbath was a high day), the Jews asked Pilate that their legs might be broken and that they might be taken away. 32 So the soldiers came and broke the legs of the first, and of the other who had been crucified with him. 33 But when they came to Jesus and saw that he was already dead, they did not break his legs. 34 But one of the soldiers pierced his side with a spear, and at once there came out blood and water. 35 He who saw it has borne witness—his testimony is true, and he knows that he is telling the truth—that you also may believe. 36 For these things took place that the Scripture might be fulfilled: “Not one of his bones will be broken.” 37 And again another Scripture says, “They will look on him whom they have pierced.” ~ John 19:31-37

7 Behold, he is coming with the clouds, and every eye will see him, even those who pierced him, and all tribes of the earth will wail on account of him. Even so. Amen.

Keep watch because we are soon to be raptured to our savior. Be on alert and keep tabs on the events in the coming days because it is bound to get bumpy. Be alert, aware, lamps full of oil on our watch and be joyful even though we know some bad times are coming for those who remain, Pray. Pray for them and that they would be saved and able to endure all things during the Tribulation. I end with this….

6 Pray for the peace of Jerusalem: they shall prosper that love thee.

8 For my brethren and companions’ sakes, I will now say, Peace be within thee.

Aliens, The Paranormal, Fallen Angels And Demons; Some Things You Should Know
The Hour Is Late
The Image. The Mark. The Name. The Number.
It's baaaaack....Scientists prepare CERN collider restart in hunt for "dark matt...