Israel Is The Key To Unlock Rapture Timing 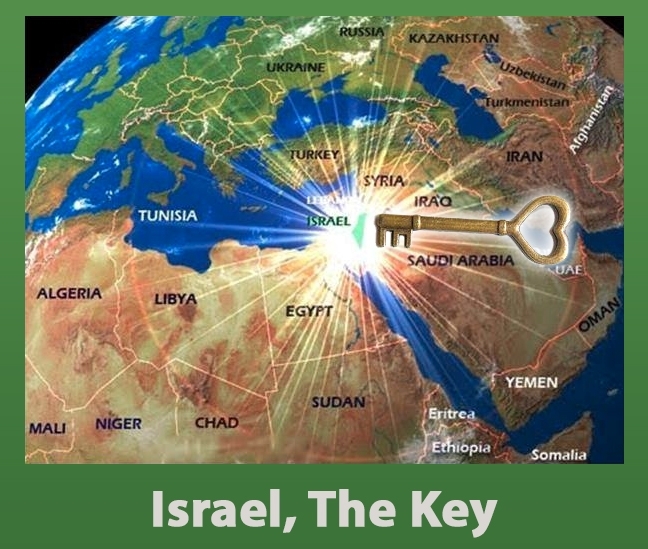 Below is a really good interview done by Gary Stearman of Dr. Thomas Ice. They talk about the Pre-tribulation rapture view. I strongly believe that the main reason for the confusion and the debating about when the rapture happens has come about because there is a faction of people who want to toss out Israel and replace them with the church. Israel and the church are two separate entities. These would also toss out the dispensational view and argue against it because it also helps them to do away with Israel.

One of the main reasons they toss out Israel and the Jews is due to the coming about of the New World Order. People focus too much and get confused about certain theories of how the Jews tie into it. The truth is that we all play a role in its coming about and there is no one group of people that is exempt. It encompasses all of us and not only the occult elite. There are or course deeper arguments about who the real Jews are and how the Rothschild family were actually German and not Jewish at all but changed their name from Bauer to Rothschild etc. ad nauseam. The arguments and proofs can go on and on.

However, God’s word via the Bible is the most pertinent and valuable tool we have in helping us make sense and find traction in the topsy turvy heading to destruction world we live in. When we toss out literal interpretation of God’s word and focus too much on the coming about of the New World Order and Satan’s agenda we end up tossing out common sense and context as well. When you toss out common sense and context then confusion comes in. For God is not a God of confusion but of peace ~ 1 Corinthians 14:33. So who would be the author of confusion? Satan.

Everything on the time line for the End times makes total sense and removes all questions when you read the Bible in context and realize the dispensational view. If there is a key that the Lord loves and helps the body of Christ understand the times then, the enemy of Christ would do their best to remove, distort and attack it. Israel is that key. They were the key to why Jesus came to the Earth, they were the key to why Jesus turned to the gentiles for his church, they are the key to the end of days timeline, they are the key to why he physically comes back again and, they are the key to unlocking the rapture timing. Enjoy and take into consideration the video below as well as all the links available in and at the bottom of my post Here We Go Again. May Jesus bless you and yours and give you his peace and HOPE for his soon return for us first, in the clouds and then, when he comes back physically again the 2nd time to reign and rule. Maranatha!

It may be the most controversial subject in Christendom today—the rapture of the Church. It’s a critical Bible doctrine that has its share of skeptics and bashers. Will be whisked up to heaven by Jesus “in the twinkling of an eye,” or will we be left behind to face the Antichrist, endure a 7-year Tribulation, and face a certain death? We’ve brought in the A-Team for this fascinating subject—Gary Stearman and prophecy legend Thomas Ice, the Executive Director of the Pre-Trib Research Center. And what a conversation they had! Better put on your deep thinking cap. These guys address the issues with logic and Scripture and defend the Blessed Hope!

More links via posts that help in understanding Israel and why they are key:

Dispensationalism Before Darby by William C. Watson (Tim Chaffey, Alf Cengia and...
Paris Conference Nosedives! Five Significant Fails!
Will The Antichrist Be A Nephilim?
This Is A High Watch Week!