I’m So Sorry About This But, On The Bright Side… 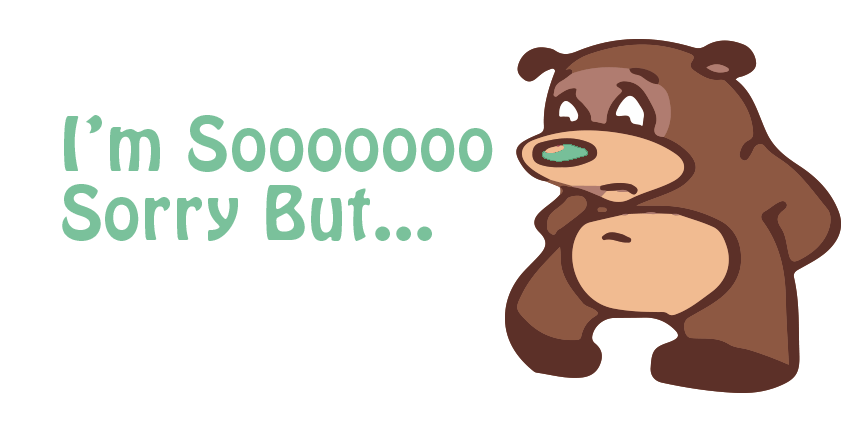 The I’m so sorry part…

I’m sorry because it is a major bummer to learn things you don’t want to know that are true sometimes. It is, as my go to word for it, bittersweet. Solomon said it best (FYI: All of Ecclesiastes is worth the time to read):

And I applied my heart to know wisdom and to know madness and folly. I perceived that this also is but a striving after wind. For in much wisdom is much vexation,and he who increases knowledge increases sorrow. ~ Ecclesiastes 1:17-18

This has been my suspicion. I just don’t see how Trump could have accomplished all he has and accumulated all the worldly wealth and power he has without being “connected”. The first video below is offering evidence that gives a thinking and realistic person a reasonable doubt of Trumps inclinations. It’s impossible to say that Trump is all on board with the New World Order as 100% fact because no one without knowing the complete truth can say that. We just can’t know what a man is thinking in his heart completely. Only God can do that. We can however, see the fruits produced, so we continue to watch it unfold. I can tell you that the evidence surrounding his ties to the Rothchilds and Soros are undeniable as Tony in his video below has shown. They would come out and say that Trump is fighting against them but that would be mere distraction. They are known for “nothing up my sleeve” techniques. So be alert and aware of those motives. For some fruit inspection, If you do some digging and look back over the past years, you can see who he cozies up to in pictures taken at parties and business gatherings. These things do imply that he is feeding and being fed from both sides. Personally, I don’t see Trump as a man who is easily controlled or as someone who would or could be used as “controlled opposition”. If he is on board with the NWO then he is because he fully desires to be and believes in what they do and acts accordingly even if it means lying (among other things) to get the deal done. Still, one can hope that a man will come to his senses repent and TRULY turn to Jesus and be saved eventually. Pray that he will (see 2nd video below). In any event, God can and does still use people to do his will even if they are not followers of Jesus. All things meant for evil or bad can be turned to good with the Lord. He is the one in full charge. He is the one true God so when things happen or not happen you can rest assured that he is in FULL and TOTAL control and ALL things will turn out to accomplish HIS will and HIS will alone! Amen?…..Amen!

*** Important note: Make sure to listen closely to the 17:51 mark of Tony’s video. Just because someone points out the ties of these evil occult elites to Israel does not make one anti Israel or anti God’s plan for Israel and the Jews!! Replacement theology is a twisted evil devised by Satan to make sure us believers stay blind to the plans of the New World Order so that they can continue unabated. The best way to hide something is to do it in the open. Satan creates these alternate ideas/doctrines so he and his followers can keep on with their plans and enjoy watching us be confused and go at each others throats and laugh at how they can do this under our noses because we focus on attacking each other over false doctrines (Replacement Theology) instead of shining light in the dark corners. Of course God is fully aware of this and is allowing it for his purposes even if we can not understand them at present. It may be another way of sifting wheat? I can only speculate at this juncture. All I know is we need to all stop being so gullible and listen to each other and discuss these things to get to the truth and fight WITH God TOGETHER and not turn on each other because our itching ears were not scratched the right way. ***

Proof that Trump is NOT fighting the New World Order – Undeniable Rothschild Connections!

Is Donald Trump Saved? Maybe he is now maybe not but, if he still believes this way then he is not.

Again I saw that under the sun the race is not to the swift, nor the battle to the strong, nor bread to the wise, nor riches to the intelligent, nor favor to those with knowledge, but time and chance happen to them all. For man does not know his time. Like fish that are taken in an evil net, and like birds that are caught in a snare, so the children of man are snared at an evil time, when it suddenly falls upon them.

I have also seen this example of wisdom under the sun, and it seemed great to me. There was a little city with few men in it, and a great king came against it and besieged it, building great siegeworks against it. But there was found in it a poor, wise man, and he by his wisdom delivered the city. Yet no one remembered that poor man. But I say that wisdom is better than might, though the poor man’s wisdom is despised and his words are not heard. The words of the wise heard in quiet are better than the shouting of a ruler among fools. Wisdom is better than weapons of war, but one sinner destroys much good. ~ Ecclesiastes 9: 11-18

The end of the matter; all has been heard. Fear God and keep his commandments, for this is the whole duty of man. For God will bring every deed into judgment, with every secret thing, whether good or evil. ~ Ecclesiastes 12:13-14

Now on to the bright side…. 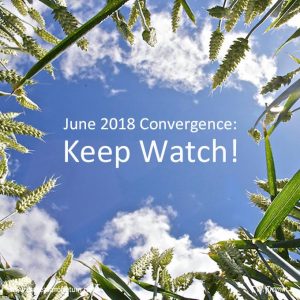 AS far as high watch times go, they don’t get much more interesting than June 2018:

• June 20-25 marks Pentecost, the harvest festival associated with the Church, redemption, marriage, God’s trump, and a gathering before the Lord. (1)

• June 21 marks the beginning of summer, the season used as a metaphor for the end of the age in Matthew 24:32.

• June 17 will see the star Regulus, also known as the “Prince” or “Heart of the Lion,” meeting up with the Moon, the luminary which symbolizes the Church as “bride of Messiah.” (2)

• Continuous lava-flow activity at Hawaii’s Kilauea volcano, located at the center of the horseshoe-shaped seismic zone known as the “ring of fire,” is being compared to the pre-labor phase of childbirth. (See note 4 for details.)

• Last week’s royal wedding was one of the most watched in history. (See note 5 for details.) Jesus takes pains to mention that when the Day of the Lord begins people will be “marrying and being given in marriage” (Matt. 24:36-39).

• In Israel, the season depicted in the Song-of-Solomon rapture typology is settling in: flowers cover the land, the figs are ripening, and grape vines are blossoming (Song 2:11-13).

Concerning the time of the end, Scripture says we are not in darkness that the day should surprise us like a thief (1 Thess. 5:1, 4). The convergence of Pentecost, a Mideast peace plan, the summer solstice, and a number of other signs—all on the heels of Israel’s 70th birthday—warrants the attention of every Bible-believer. Only God knows the appointed time of the Rapture. It could happen around Pentecost or at a time no one is expecting (Matt. 24: 44). The point is that, with so many signs in the heavens and on the earth converging, we have every reason to be looking up (Luke 21:28). This is what the “wise men” of Jesus’ time did; and it’s what the wise men and women of today should be doing. Besides, the Lord says it will be good for those found watching when He returns (Luke 12:37).

Donald Trump born in the very hour of a Blood Moon. 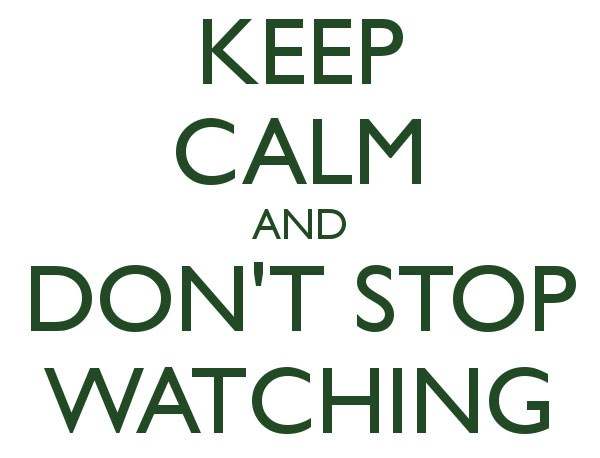 I have fought the good fight, I have finished the race, I have kept the faith. Henceforth there is laid up for me the crown of righteousness, which the Lord, the righteous judge, will award to me on that day, and not only to me but also to all who have loved his appearing. ~ 2 Timothy 4:7-8

I am coming soon. Hold on to what you have so that no one can take away your crown. ~ Revelation 3:11

Foreshadows of the Black Horse?
How It All Ends | You Don't Know Who You Are
Four Little Words, Puzzles, and The ABC's
We're Not Going Back To Normal