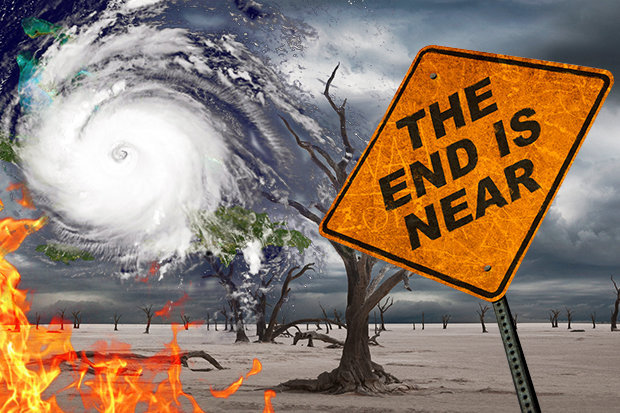 Hey all! I have been tied up due to hurricane shenanigans but I wanted to stop off and make a quickie post in regards to something that has irked me to no end and that is all the scoffers and mouth watering looking forward to being gloaters. Not just that but, now we have secular media in the mix and as usual they have it all WRONG!

For those not familiar with end times prophecy. Anyone saying the end of the world is being predicted by those who can see that September 23rd sign in the heavens are either not actually doing their homework of looking into the matter or just flat out deceiving people. The end of the world is NOT coming. There will be a 7 year Tribulation after the rapture happens and then Jesus will come back physically and reign and rule on THIS world for another 1000 years. After that God will make a new Heavens and a new Earth. NO END OF WORLD has ever been written about or pushed by any Revelation 12 sign watcher. Also, the rapture does not have to happen this year even for it to STILL BE A SIGN of what is coming just as the blood moons were still signs of what is coming (although it would not be surprising if it did occur this year for those of us who follow end times Bible prophecy). The Lord ALWAYS provides years and years and years of warnings and signs before he implements his plans. The secular media and those deliberately making excuses not to dig in truthfully into research on this sign for fear of being labeled “a nut case etc.” are not being honest with others or themselves even. What a sad day it will be in the future when these events do happen (what ever day that may be) and those who gloat and mock the alignment God himself put in the Heavens on September 23rd 2017 will have to face him knowing they did so and knowing they may have led people to think the same way too.

Nutshell: The end of the world is not coming on September 23rd 2017 but an alignment written about hundreds and hundreds of years ago in the book of Revelation IS going to occur in the Heavens and just like other alignments God put there that herald things of his plans such as the star of Bethlehem that the Magi followed to see the prophesied birth of the Messiah (Jesus). It is STILL a sign regardless of if you want to see it or not. A word of caution would be to make sure you are sure before you mock this sign because you may be mocking God. Being unsure of what will happen in the following days or months or years on the heels of it is understandable but mocking that this is not a sign put in the Heavens by God is something entirely different!

Don’t forget a couple of good sites to check out that have all the debunkers being debunked and evidence against each weak argument they have brought. These two sites have a ton of information and links to other sites to look into so you can honestly look deeper into this sign and decide for yourself:

I also had something else pop up that caught my eye and those of my rabbit hole loving people (such as myself) may find it intriguing as well. I was watching this video by Scott Clarke last night:

And a thought or, memory rather, popped into my head when Scottie made a motion in his video about that guy’s birth vision. He made the motion of his head coming out of the womb and this article article popped into my head after the image of one of the pillars that I will post below for you to see did. It’s the New York Cathedral of St. John The Divine. All the pillars have tribulational apocalyptic images on them. It is believed to be a cathedral built by Freemasons and the pillars as well as other carvings and events are extremely interesting. Some think that we are mystery Babylon or New York specifically and the New York apocalyptic images found there point to disasters happening. Anyway, we know John wrote the book of Revelation and this cathedral is pointing to him and the apocalypse (but in an occulty eerily way). Below is the article link but first take a look at this image of the pillar that popped into my memory. {Take note of the lamb below the head of the baby being born as well as the dead (dead in Christ?) on either side of the birthing baby.} 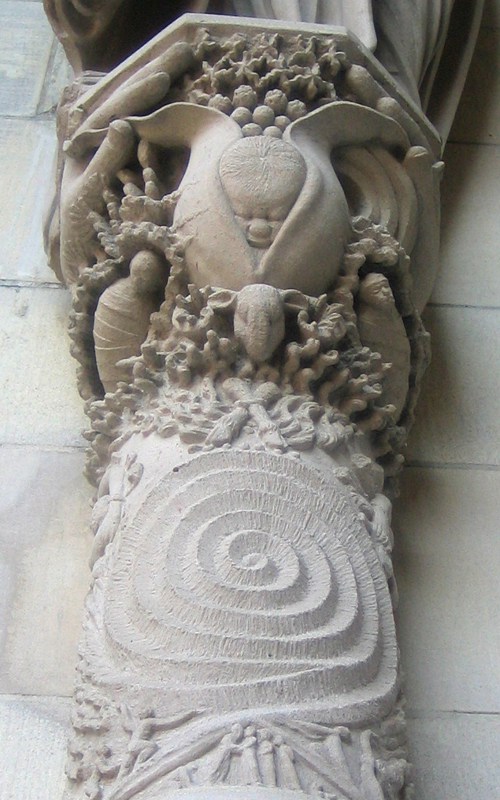 Here is the linked article I remember reading and most likely added to a past blog post I’m sure (sorry for the ads but if you have a decent ad blocker it’s easier to read the site’s posts):

This made me wonder if the occult perhaps had some insight about the child/church/birth rapture information already and that this pillar could possibly be showing the rapture and then the beginning of their (Antichrist government New World Order people and fallen entities) plans being put in motion instead of the birth of Antichrist. It was thought to depict Antichrist originally but, I’m thinking maybe there could be a possible pointing to the rapture and the beginning of the Tribulation? Time will tell I assume.

However, that ^ is not as important as being on high watch going forward this week and into the days, weeks, or months etc after this definite September 23rd 2017 sign! To add to that here was also an interesting video I enjoyed and you may as well:

Be encouraged brothers and sisters and don’t let anyone snatch that crown of longing for his appearing! Here is another article worth checking out that is also encouraging:

LOOK UP!! Our redemption is drawing near!! We should be so excited for the future. Stay positive even in the face of the gloaters and scoffers. They unfortunately are not able to enjoy the watch and the search as deeply as we do but thank the Lord they will be right there with us when Jesus comes in the clouds and we ALL hear the blowing of that trumpet and the words; COME UP HERE!! God bless you all and stay frosty my friends!

1 Thessalonians 4:15-17 ~ For this we declare to you by a word from the Lord,[a] that we who are alive, who are left until the coming of the Lord, will not precede those who have fallen asleep. 16 For the Lord himself will descend from heaven with a cry of command, with the voice of an archangel, and with the sound of the trumpet of God. And the dead in Christ will rise first. 17 Then we who are alive, who are left, will be caught up together with them in the clouds to meet the Lord in the air, and so we will always be with the Lord.

Revelation 4:1 ~ [ The Throne in Heaven ] After this I looked, and behold, a door standing open in heaven! And the first voice, which I had heard speaking to me like a trumpet, said, “Come up here, and I will show you what must take place after this.”

Revelation 3:10-13 ~ Because you have kept my word about patient endurance, I will keep you from the hour of trial that is coming on the whole world, to try those who dwell on the earth. 11 I am coming soon. Hold fast what you have, so that no one may seize your crown. 12 The one who conquers, I will make him a pillar in the temple of my God. Never shall he go out of it, and I will write on him the name of my God, and the name of the city of my God, the new Jerusalem, which comes down from my God out of heaven, and my own new name. 13 He who has an ear, let him hear what the Spirit says to the churches.’

For those not saved already I pray you will WAKE UP and don’t put it off any longer. There really is not much time left before the Tribulation begins and you would much rather be caught up in the rapture to be with Jesus than be left behind!

* How To Get To Heaven

Saying It Again....“So, Could You Not Watch With Me One Hour?”
Black Goo and The Beast communication system used in people?
70 Days + Knowledge & Science Prove God
TWO POLE SHIFTS — THE STARS FALL TWICE