The Head Was Born on Tabernacles So, Will the Body also be? Tabernacles.

This is what the watch is all about. You keep on looking for him and wondering and watching! So, let us reason. Let us see if there is any other reasonable time frame that could be the birth of the baby from the Revelation 12 sign fulfilled on September 23. 2017. The sign of this birth that we just saw in the Heavens that had been preset for us by God so many many years ago. Just one of many signs he set for us while he was creating. So lovingly painted on the canvas of the starry sky by him so that we would be able to look at it and read his story. A story in the stars given before his written word to us. Below is a compilation of videos and articles for you to consider. I find it extremely interesting. After watching and reading I am drawn into re-visiting an old book I got by JR Church and co authored by Gary Stearman titled: The Mystery of the Menorah and the Hebrew Alphabet. I am going to read it with fresh eyes now.

Did you realize or remember that Jesus was born on The Feast of Tabernacles? Through our studies we know that Jesus is the head of his church body (head of the baby) and we are the body (body of the baby). Because of the Revelation 12 sign we all were on high watch from Rosh Hashanah until Yom Kippur for the completion of that birth via the rapture of the body to meet the head. Of course, those feast days have passed. So we go back to our daily watch again. However, I feel like we should still be on our HIGH watch. Now, not only do we still watch daily, we can also set our eyes on Tabernacles as a POSSIBILITY (note I say possibility and not absolutely, sad we must clarify that now days as a watchman). Anyhoo, the very first video I am providing is by Pastor Sandy from Soldiers For Christ Community Church. It is a bit rough and not as smooth a recording as his other videos but please stay with it and hear him out until the very end. Keep watching with that child like wonder. Keep looking as you would when you have been waiting so long for a missed loved one who is coming back to you for the holidays. Keep watching, and looking up!!!! 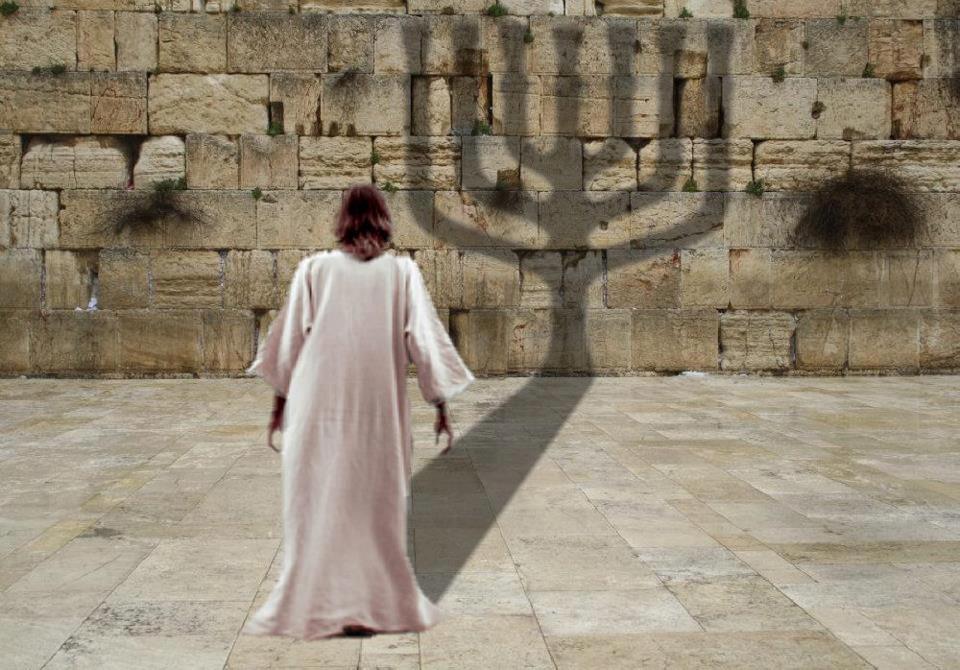 Jesus is the Meaning Behind the Menorah

If you had walked into our Christmas service, you might be surprised to see a Jewish Menorah at a Christmas Celebration.

The designs for the Menorah were given to Moses by God in Exodus 25 instructing them to make a seven stick golden candle that looked like a bush. When it was lit in the tabernacle, it would be a constant reminder of the burning bush and of his presence.

After his resurrection, Jesus tells his disciples that everything in the Bible was actually pointing to Him. In Luke 24:27 it states:

…and beginning at Moses and all the Prophets, He expounded to them in all the Scriptures the things concerning Himself.
Christ taught that all things written by Moses, including the instruction for the Menorah, were sign pointing to His coming to earth.

God gave His people very specific instructions for hammering out a lampstand of pure gold. He goes into great detail explaining that six branches are to extend from the lampstand outward, three on each side of the center trunk.

The Menorah has seven lights which remind us that seven is the number of God – He made the world in seven days. God also set up seven feasts for His people to celebrate through the year.

What are the Seven Feasts, and how do they point to Jesus Christ?

The first candle is Passover. Passover is when God brought deliverance to His people from the bondage of Egypt by sacrificing a perfect lamb. Jesus said that He was the Passover lamb that would be sacrificed for us to be delivered from spiritual bondage. Jesus died on the cross on the actual Passover date to bring us spiritual freedom.

The second candle is Unleavened Bread. This was a feast day requiring you were to eat bread that didn’t rise while you prayed for God to “bring fruit out of the ground that you most needed” for the next day of First fruits. This festival occurred on the actual day that Jesus was in the ground. All of Jerusalem was praying that night that God would “bring out of the ground that which they most needed.” Jesus’s death and resurrection was the answer to the prayers of Unleavened Bread.

The fifth Menorah candle points to the Feast of Trumpets. This was a time of blowing the Shofar. Trumpets were often used as a celebration of the returning king. Jesus said that He will one day return to earth as a king with the sounds of trumpets.

The sixth feast is the Day of Atonement. This was the day the priest went into the Holiest place and put his hands on a “scapegoat” to take the consequences of our wrong doing. You would place your hands on the goat symbolizing the blame-transfer from us to the goat. The goat would then be released into the wilderness as a symbol that you had escaped punishment. Jesus claims to be our scapegoat and great High Priest. He goes into the presence of God, places all our wrong doing on Himself, and the curtain of the temple is torn upon his death.

Now we come to the middle candle. This light of the Menorah points to the Feast of Tabernacles. This feast actually featured a Menorah. It was a longing for God’s light to come and dwell (or tabernacle) among his people. God said it was to be a day of rejoicing and celebration among the people. This feast was in the fall, a time when “Shepherds are out in their fields by night.” Herod created giant 70-feet tall Menorah’s to light up the temple on this day.

Jesus attended several of these feasts during his life. Upon the lighting of the candle, He once cried out, “I am the light of the world.” (John 8:12)

Jesus was born on the date of the Feast of Tabernacle. The Angels reference this festival when they tell the shepherds that this is a time of great joy for all people. John tells us that “Jesus was the Word made flesh” that came to dwell or tabernacle among us. (John 1:14)

The Menorah was God’s road map to the Christ. It laid out his birth, death, burial, resurrection, and eventual return. Christmas is the promise that God tabernacled with us on the great Feast Day of celebration. We are not alone. God is with us.

Here is another excellent article from the site Hebrew For Christians 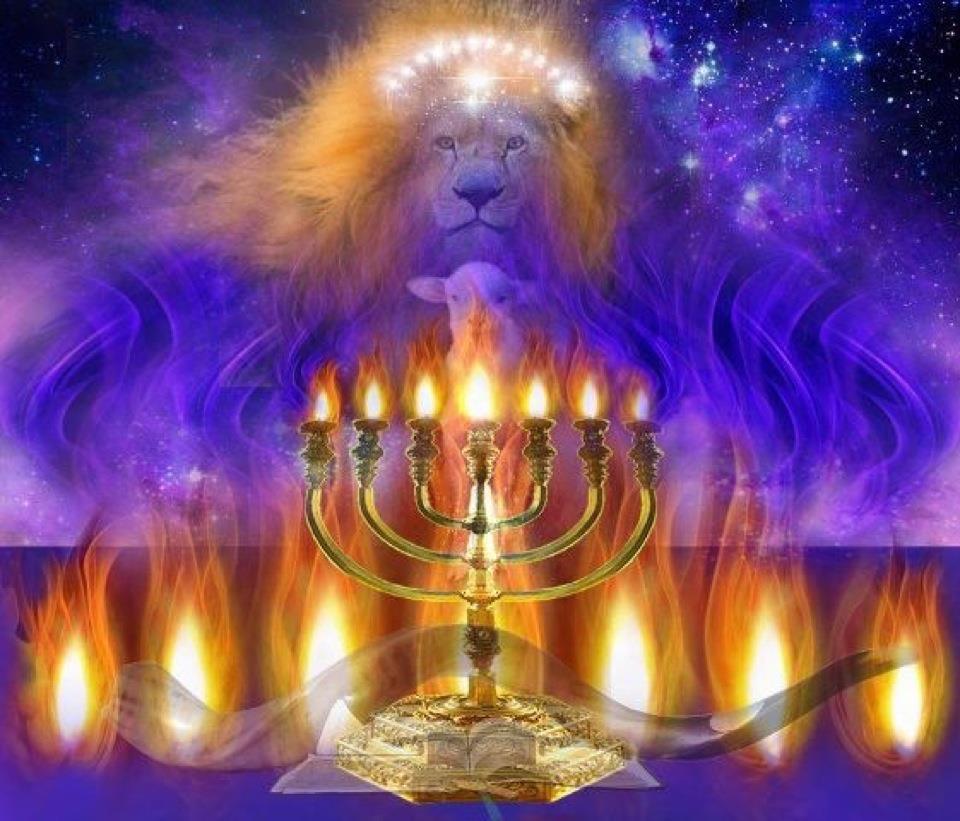 Take heed, watch and pray; for you do not know when the time is. 34 It is like a man going to a far country, who left his house and gave authority to his servants, and to each his work, and commanded the doorkeeper to watch. 35 Watch therefore, for you do not know when the master of the house is coming—in the evening, at midnight, at the crowing of the rooster, or in the morning— 36 lest, coming suddenly, he find you sleeping. 37 And what I say to you, I say to all: Watch!” 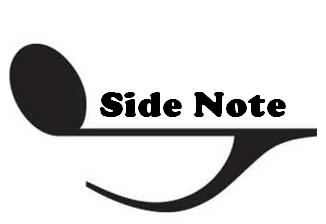 SIDE NOTE OF INTEREST:

This memory just popped into my mind. I was reading John 7 a long long while back ago. As I was reading about how Jesus told his brothers that his time was not yet and for them to go on to the Feast of Tabernacles and so he stayed behind in Galilee. However, he did not stay behind but went in “secret”. That always made me wonder if it was about the rapture. I even had noted it in my Bible. I just went to look in it and sure enough my note was there wondering if Feast of Tabernacles could be the rapture because of that hint in John chapter 7. Just things that make me go hmmmmm 😉

1 After this, Jesus went around in Galilee. He did not want to go about in Judea because the Jewish leaders there were looking for a way to kill him. 2 But when the Jewish Festival of Tabernacles was near, 3 Jesus’ brothers said to him, “Leave Galilee and go to Judea, so that your disciples there may see the works you do. 4 No one who wants to become a public figure acts in secret. Since you are doing these things, show yourself to the world.” 5 For even his own brothers did not believe in him.

6 Therefore Jesus told them, “My time is not yet here; for you any time will do. 7 The world cannot hate you, but it hates me because I testify that its works are evil. 8 You go to the festival. I am not going up to this festival, because my time has not yet fully come.” 9 After he had said this, he stayed in Galilee.

10 However, after his brothers had left for the festival, he went also, not publicly, but in secret.

Just A Few Headlines On The Heels of the 4th Blood Moon
No Man Knoweth The Day Or The Hour?
MIND BLOWN!!! The uncanny connection of Apostle Paul and Rabbi Akiva, and man's ...
Absolutely Spot On! A Must See Video!