Gary Wayne Nutshells It! Plus CERN via Revising Reality And More!! 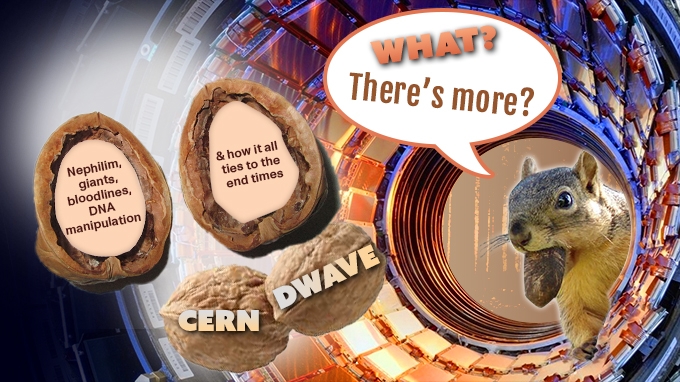 As you know I thoroughly enjoyed and still re-visit Gary Wayne’s book; Genesis 6 Conspiracy (See blog post on it HERE). He recently did a interview with Kev Baker at the Kev Baker Show so I thought I would share it. I don’t always agree with everything on the Kev Baker show and only share and post the interviews of those I find pertinent to the times. That said, it is my hope that Kev will be saved and I can get a good sense that after all this time talking with these Christian investigators and authors that he is starting to see the real truth and I pray that it will be soon that he just goes ahead with it and accepts Jesus as his savior. I think he is close to it 🙂 This interview is a very short one but jam packed with information and great as a nutshell to help grasp it. Gary and Kev also talk a bit on Princess Diana and the royal blood lines as well as talk about the fallen angels tinkering with God’s creation again as in the days of Noah. Just as Jesus referenced would be happening again when he returns. See below:

Luke 17:22 ~
And he said to the disciples, “The days are coming when you will desire to see one of the days of the Son of Man, and you will not see it. And they will say to you, ‘Look, there!’ or ‘Look, here!’ Do not go out or follow them. For as the lightning flashes and lights up the sky from one side to the other, so will the Son of Man be in his day. But first he must suffer many things and be rejected by this generation. Just as it was in the days of Noah, so will it be in the days of the Son of Man. They were eating and drinking and marrying and being given in marriage, until the day when Noah entered the ark, and the flood came and destroyed them all.

After Kev’s radio show interview with Gary Wayne below {CLICK on PHOTO below or HERE}, listen to both of the Revising Realities interviews on CERN with Anthony Patch and Douglas Woodward. One with Hagmann and Hagmann and then one more with Anthony Patch on Kev Baker Show again. ALL of these things discussed tie together for these end of days 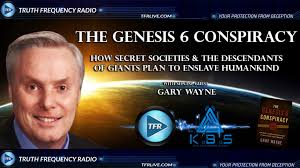 The tribulation is coming and along with it the STRONG DELUSION.

2 Thessalonians ~
Now concerning the coming of our Lord Jesus Christ and our being gathered together to him, we ask you, brothers, not to be quickly shaken in mind or alarmed, either by a spirit or a spoken word, or a letter seeming to be from us, to the effect that the day of the Lord has come. Let no one deceive you in any way. For that day will not come, unless the rebellion comes first, and the man of lawlessness is revealed, the son of destruction, who opposes and exalts himself against every so-called god or object of worship, so that he takes his seat in the temple of God, proclaiming himself to be God. Do you not remember that when I was still with you I told you these things? And you know what is restraining him now so that he may be revealed in his time. For the mystery of lawlessness is already at work. Only he who now restrains it will do so until he is out of the way. And then the lawless one will be revealed, whom the Lord Jesus will kill with the breath of his mouth and bring to nothing by the appearance of his coming. The coming of the lawless one is by the activity of Satan with all power and false signs and wonders, and with all wicked deception for those who are perishing, because they refused to love the truth and so be saved. Therefore God sends them a strong delusion, so that they may believe what is false, in order that all may be condemned who did not believe the truth but had pleasure in unrighteousness.

But we ought always to give thanks to God for you, brothers beloved by the Lord, because God chose you as the firstfruits to be saved, through sanctification by the Spirit and belief in the truth. To this he called you through our gospel, so that you may obtain the glory of our Lord Jesus Christ. So then, brothers, stand firm and hold to the traditions that you were taught by us, either by our spoken word or by our letter.

Now may our Lord Jesus Christ himself, and God our Father, who loved us and gave us eternal comfort and good hope through grace, comfort your hearts and establish them in every good work and word.

Next up is the Revising Reality interview…Revising Realities is a new book co authored by: Anthony Patch, Gonz Shimura, Josh Peck and Douglas Woodward. 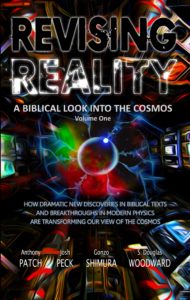 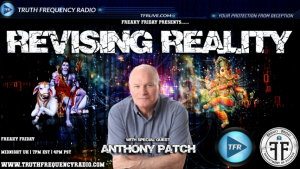 "ABRAHAM ACCORD" TEXT. CONCORD WITH BELIAL.
The Theory of Crisis and Quantum Entanglement
The Genesis 6 Conspiracy
Time Is Running Out...One Day There Will Be No More Warnings.