THE FINAL ROMAN EMPEROR, THE ISLAMIC ANTICHRIST, AND THE VATICAN’S LAST CRUSADE

Hello all! I know I have not been making posts lately as I have been taking a bit of a break.  I am still watching events though because even so, things are still happening behind the scenes and out in the open almost daily now! However, you can rest assured that if something like this goes down… 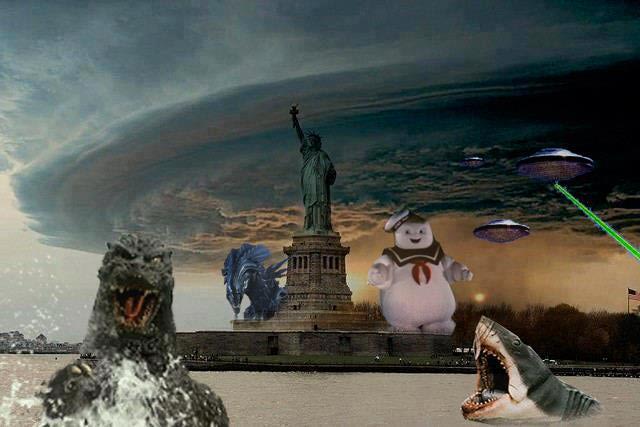 and I still have functioning internet, I’ll definitely make a post about it! Ha Ha Ha..Seriously though, I will! 😉

But for today, below is the newest coming out this month by Tom Horn and Cris Putnam. The book; THE FINAL ROMAN EMPEROR, THE ISLAMIC ANTICHRIST, AND THE VATICAN’S LAST CRUSADE will have an awesome book give away with it if you can purchase it for $19.95 (Tom Horn usually offers a ton of other books for free with any new one he puts out). However, in true form he offers articles and interviews discussing the project for those who can’t get the book. I’m including a link to the 5 part article they offer discussing it and a recent interview on the Hagmann and Hagmann show below. The 2nd and 3rd hour has all the meat in it and you can skip past the breaks to shorten the time. Tom made a HUGE prediction in the interview that you won’t want to miss and keep watch for! I have found that if you go online and search periodically you can find other interviews as the weeks go by so just do some searches once and awhile to see if any new ones come up. It is a cost effective way to be in the loop if you are unable to buy any books. I sometimes do that when I’m strapped for cash. 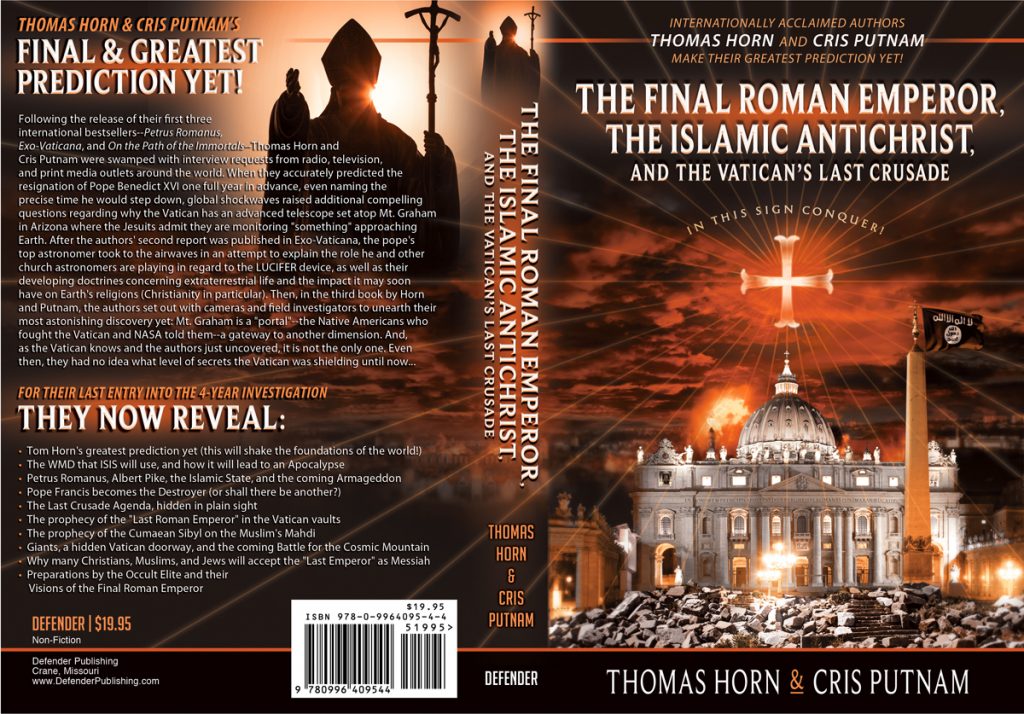 THE FINAL ROMAN EMPEROR, THE ISLAMIC ANTICHRIST, AND THE VATICAN’S LAST CRUSADE

(EDITOR’S NOTE: THIS SHORT ONLINE SERIES IS BEING POSTED IN THE LEADUP TO THE FINAL ENTRY BY TOM HORN AND CRIS PUTNAM REGARDING THEIR 4-YEAR INVESTIGATION INTO THE VATICAN, THE FINAL POPE PROPHECY, THE SECRETS OF MT. GRAHAM, THE LUCIFER DEVICE, AND AN IMMINENT WAR THAT POPE FRANCIS & THE MYSTICS BELIEVE WILL RESULT IN THE ARRIVAL OF THE FINAL ROMAN EMPEROR OF ANCIENT CATHOLIC PROPHECY)

The Hagmann and Hagmann interview:
Steve Quayle And Tom Horn Discuss “The Final Roman Emperor” On The Hagmann Report

Israel Turns 73 And All Hell Breaks Loose. 2021 Is A Pivotal Time As Far As Fig ...
Well, It's a Blog Post About The Soon Beginning Tribulation and The Rapture of T...
The Thing About Warnings
Here we go AGAIN.....