|Published on: May 17, 2017|Categories: But That's Just Me, CERN, End Times, Fallen Angel, God and Angels, Rapture, Signs in the Sun Moon and Stars|

I read an excellent article today by one of my new favorite sites to visit. Unsealed! It is a must read as my title says above. Jeff at the Unsealed site included almost everything I had been thinking and what this blog alludes to on this topic in his post. He puts it all together about how the events of the end of days comes about with the angle of the fallen angels coming on this Earth as “saviors” of our planet of sorts and how people may view them as aliens etc. The mass conditioning we have all experienced about aliens, UFO’s, and Superheros from movies and TV shows etc., really shapes up to be quite a successful psyop done by these enemies of God and us. Make sure you go to the site for the full article so you can also read each highlighted link he provides in his post. They are key to understanding in full. Check it out below as well as some links to other blog posts I have done about these things. I also think that CERN will very possibly have a role in opening up portals or the abyss. I listed a few links to my other blog posts as noted but, go to my search and enter in CERN, Fallen Angles, and UFO’s and check out some other posts I made to help you in searching this matter out further. Enjoy 🙂

English speakers have forged the term “godsend” to use in situations whenever someone receives a sudden, unexpected blessing or gift at just the right time. While having mostly a positive connotation, it’s not usually spoken of in a negative sense…that is until one considers 2 Thessalonians 2:11:

Piggybacking off of Gary’s post last month and many others who have focused their efforts on exposing the alien (extra-terrestial) deception and UFO phenomenon, I will add my two cents and incorporate some passages of Scripture that, hopefully, will shed further light on this pertinent end-times topic.

As many alert, perceptive believers have noticed, the prince and ruler of this world (Jn. 14:30; Eph. 2:2) has bombarded the masses with extra-terrestrial ideas and movie plot lines driven by the usual premise—the earth is in grave danger from either an inside or outside threat; alien saviors arrive just in time to help mankind; sometimes they are good…sometimes bad. On and on it goes, through film, books, television, and, especially, video games. My goodness, the video games. Do you know what you’re children are watching/playing/absorbing and then adopting into their worldview?

Even the New York Times has decided that the exponential rise of UFO sightings is “news that’s fit to print” (see here). Almost daily I spot a headline where NASA has found new planets that have potential for intelligent life. And wouldn’t you know it, in a year where many of us are expecting the Lord to do the unexpected in 2017, Ridley Scott is at it again this month with Alien: Covenant. How odd…how fitting a title given what many of us expect coming soon in the form of a deceptive covenant of peace between Israel and the nations.

Much of the world is primed now to welcome extra-terrestrial saviors. In the aftermath of the resurrection/rapture of the body of Christ, the spiritual vacuum created will open the door for desperate people to make desperate attempts at peace and security. One of the trailblazers in exposing the alien deception and sounding the alarm has been L.A. Marzulli. If you have been following him, you might have heard him say once or twice, “When we go up, they show up. When we go up, they come down” (see here). I think he’s spot on.

Before the unveiling of our Lord Jesus Christ to the world, there will be another unveiling…a disclosure of another sort. Contrary to the lies and anti-biblical agendas being promoted by academia, mass media, and a number of alien enthusiasts, these beings that show up to save the day will not be extra-terrestrials from another galaxy; they are inter-dimensional beings—rebellious angels who are going to be kicked out of heaven and thrown down to earth… 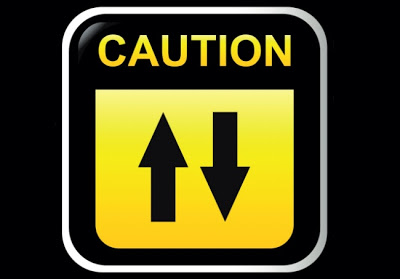 We go up. They come down. Here at Unsealed we have written numerous articles concerning this amazing chapter in the book of Revelation. This chapter really sets the stage for the end-times and reveals all the major players, including the body of Christ being “birthed” and raptured up to the Father’s house (Rev. 12:5). However, a word of caution: In regard to the timing of events—even the literal signs in the sky—we need to acknowledge the overlapping style of John’s visions and not try to strain out a gnat when we read the chapter, verse-by-verse.

For example,…THE REST AT HIGHLIGHTED LINK ABOVE OR HERE

Links of interest to posts I have done that are in relation to the above:

* Living Behind Enemy Lines; Territory Temporarily Being Reigned Over By The Watcher gods?