Didja know this yet? I, petgoat II: CERN as a Portal

If you haven’t heard of Cris Putnam yet then here is a start. He is co author with Tom Horn of some very important books of our time. Besides the most important book, the Bible, their books are helpful keys to understanding and knowing about these end of days. They have revealed occult or secret things associated with this world, certain religions and, secret societies and how they have a hand in what is happening on Earth today. Please check them out and give them a read. You can find links to the books on my blog. Here is a segue into Cris Putnam’s recent post at Cris’s blog site. Please open it to read the full post and to watch the very pertinent short videos (2-13mins) he has attached to the post… I think they are must see videos to a must read post. But that’s just me…or is it? 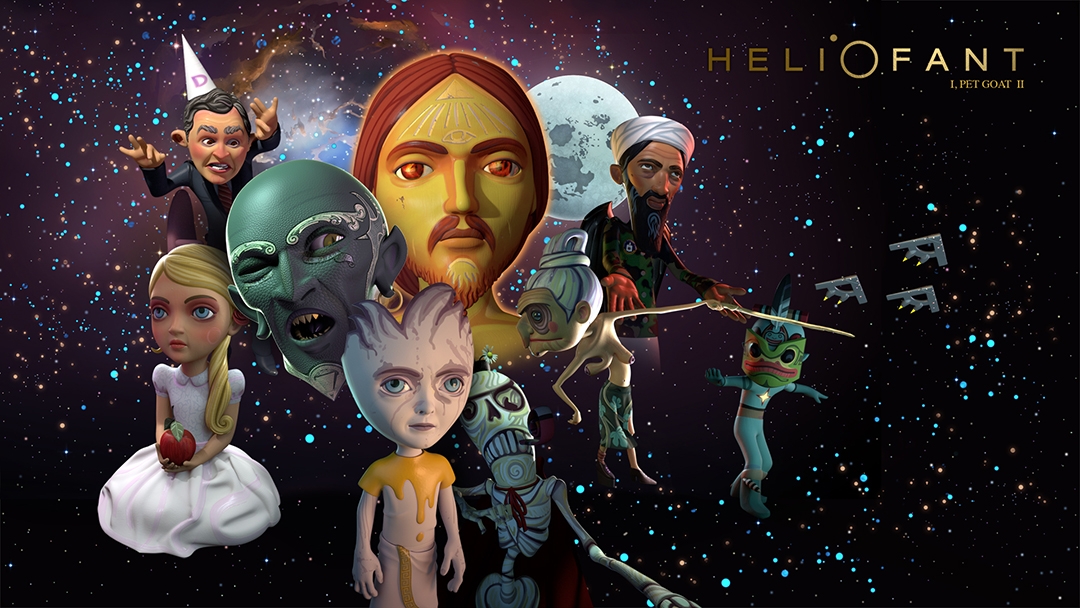 I, petgoat II: CERN as a Portal

A few days ago I posted The Mysteries of CERN and The Unknown at my LogosApologia.org website featuring links to my recent appearance on the Jim Bakker show with my On the Path of the Immortals co-author Tom Horn. Tom wrote a very interesting chapter “Secrets of the CERN Stargate” that becomes more prescient each day. Within science, the portal concept is perfectly respectable, explaining why the research director at CERN, physicist Sergio Bertolucci, said that the LHC could open a door and,“Out of this door might come something, or we might send something through it.” That early statement form the research director set the tone for the ongoing discussion of interdimensional and braneworld portals.

Scientists theorize that the particle collisions withing the LHC might tear a small hole into four dimensional space-time, creating a tiny worm hole. In order to manufacture a large traversable wormhole, one would start at the particle level and stretch it up to navigable size. Even so, a new study proposes that all spiral galaxies (like our Milky Way) already feature wormholes and may even feature a “galactic transport system“.

In Bible prophecy, such a portal is opened to the bottomless pit releasing genetic monstrosities led by an immortal supernatural being.

“They have as king over them the angel of the bottomless pit. His name in Hebrew is Abaddon, and in Greek he is called Apollyon.” (Revelation 9:11)

Many passages speak of otherworldly “gates” (Gen 28:17; Mat 16:18 ) and God often speaks “out of the whirlwind,” (Job 38:1) making models of a traversable wormhole (which would seem like a whirlwind or vortex) an intriguing explanation.

Earlier today, Sharon Gilbert asked me to type I PETGOAT II into google maps in order to observe the result. The result was CERN. I also tried it with Google Earth and my top two results were CERN and the Dome of the Rock! So why are these addresses associated with the film? 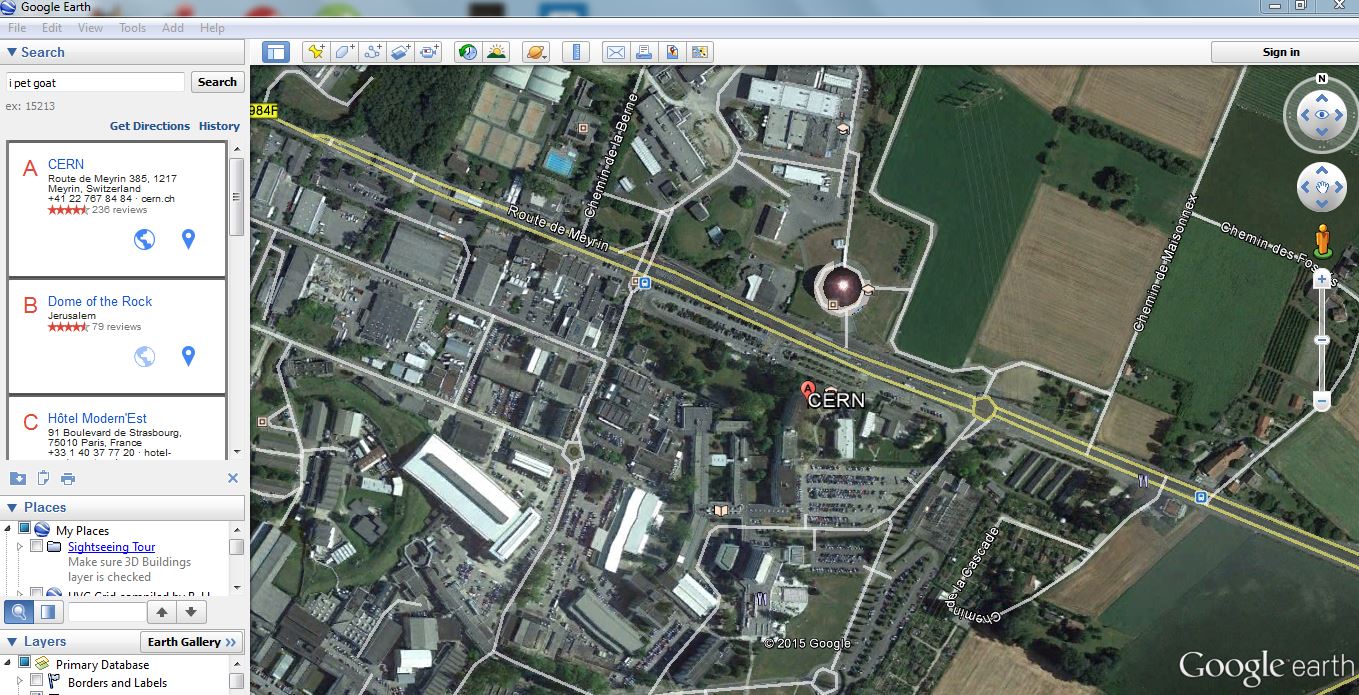 Why is google directing this term to CERN? Are we implying by our search associations that CERN beckons the apocalypse? Is Google having some fun? If you are not yet familiar please watch the short film I Pet Goat II and check out the website at….For the rest CLICK HERE

These images of the church burning and falling down rings of this scene captured below in I, Pet Goat II. Did we just see the next 9/11 type indicator of the implementation of the New World Order? Next step, get rid of Christianity and usher in the Antichrist time…If that is the case then rapture is not far off! 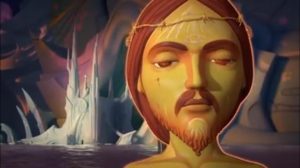 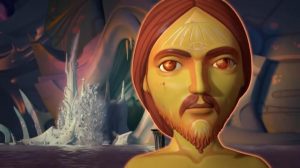 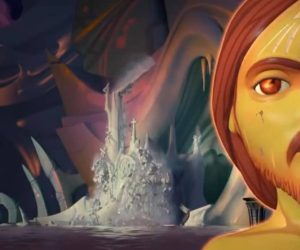 Click on link below to see a bit more on that dark short video (URGENT NOTE – I do not endorse or recommend this site below. It is just one that goes a bit deeper into the Pet Goat video. It is best to focus on Jesus and him alone. Jesus is THE truth and the ONLY truth) Also, the Jesus in the video is the antichrist and not Jesus at all! :

Something VERY STRANGE Is Happening In France (2019)

This is about the rise of the New World Order and the one world religion. This is an event horizon on its own just as 9/11 was. Remember it is not flesh and blood we are up against…

Ephesians 6:12 ~
For we wrestle not against flesh and blood, but against principalities, against powers, against the rulers of the darkness of this world, against spiritual wickedness in high places.

Get ready all followers of Jesus, we are about to be leaving via rapture sooner than later…Christianity will go down after we are gone, the Tribulation is about to begin soon, and the antichrist is about to rise out of the ashes as it were. This just may be the occult elite hat tip to it….Time will tell but why take a chance? TODAY is the day of salvation!! TODAY!!! Don’t wait any longer. You never know what tomorrow holds.

AGE OF DECEIT 3: Remnants in the Cyber_Hive Earth...
Why I am not a Jehovah's Witness or Mormon
The Great Narrative and The Metaverse
We're Not Going Back To Normal