Did the Pre-Trib Rapture Doctrine Begin With John Darby? 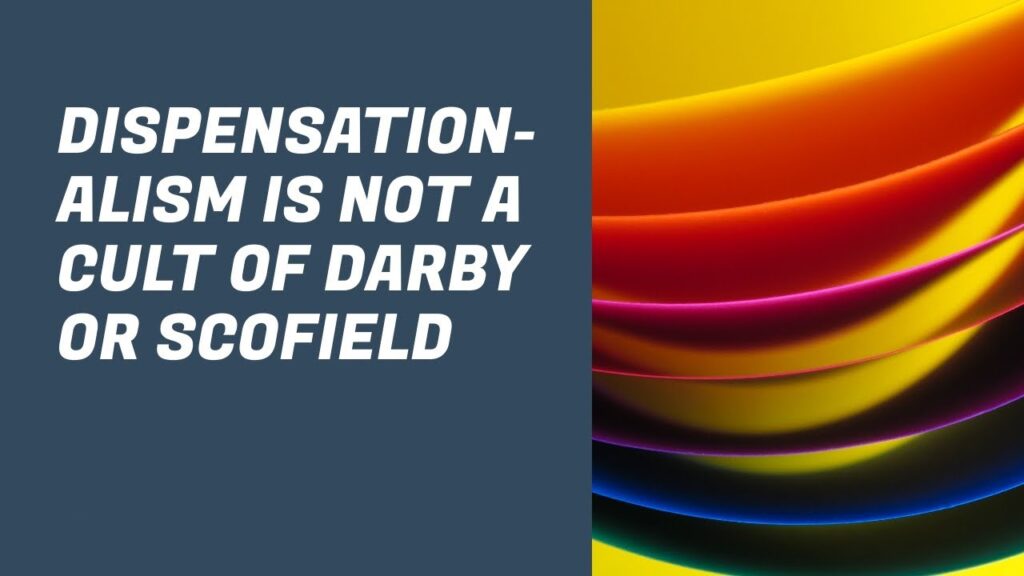 Did the Pre-Trib Rapture Doctrine Begin With John Darby? Short answer: NO, but the first video below is a good half hour with more info and ENCOURAGEMENT. In the Relevant Links section below I also include extra info via blog posts and other resource sites…

In doing extra research other than what I shared in my two previous posts: Dispensationalism Before Darby by William C. Watson (Tim Chaffey, Alf Cengia and Dr. David Reagan) and Dispensationalism…Did Scofield or Darby Invent It?, I had noticed that now, you get more and more ANTI dispensational articles, blogs and, what have yous towards the top of the searches. It matters not if you type in PRO dispensationalism, in any browser, you are inundated with more ANTI now. To me that just proves the times we are in. All things ANTI Jesus’ plans will be found these days and you you have to dig deeper for the truth. It is only obvious what spirit is behind this growth and the growing attacks on dispensationalism and Pre-trib rapture. The closer we get to Jesus coming for his Church and the Antichrist coming into full (temporary) power the more deception rules the day.

I had asked the Lord about this and Well, I got confirmation from him that I did not need confirmation or extra new links to show that Dispensationism is solid and sound. It was not created by Scofield or Darby. When God’s word is read with the guidance of the Holy Spirit and not man’s fleshy presuppositions or agendas it is found to be completely sound and accurate to God’s plan. However, dispensationalism has been hijacked by the enemy and has been twisted with extra false information added to confuse God’s people and send them down the conspiracy rabbit holes that can lead them into believing teachings and ideas that are anti his plan for Israel. There is nothing wrong with recognizing that God has an EVER lasting covenant with Israel and there is nothing wrong with loving the land or the people. So that being the case, there is nothing wrong with Zionism however, I agree that political Zionism should not be fully backed. Political Zionism is mans idea of completing what only God can and will do. The enemy uses the desires of the heart of the Jews to corrupt his perfect plans for them. In fact, he uses every country’s political agendas to accomplish his goals.

I also want to add that there is, in fact, conspiracy going on to accomplish Antichrist agendas for the coming global government and, one does have to do some rabbit hole dives if you want to know the hows and the whys. There is nothing wrong with digging for truth and finding out the plans of the enemy and often times you must and need to use outside sources but, the problems come from people focusing on man’s thoughts and ideas in place of what God’s word in context tells us. You MUST use God’s word as guidance as you dig. What better way is there for Satan in leading others astray than to corrupt and twist God’s word by using outside sources and make it read the way the enemy wants it to? God’s word should never be altered or moved away from by intermingling ideas of mysticism and the occult. It can be subtle and one can be unaware that they are being deceived into false ideas and unfortunately end up believing the altered twisted version of the truth without realizing it. The enemy is subtle in giving you some tasty tidbits so that you swallow the whole offering even though it is tainted with poison. You should always be cautious and prayed up when doing research. Let the HOLY SPIRIT guide you not your mind of flesh.

The concept of dispensationalism is key in understanding the events of the day. It and Israel are the key to our timeline. God’s enemy knows this and so it is just one more way to harm God and his children by leading them down another path with partial truths but said and written so craftily as to sound factual; When Satan whispers, “Hath God said?” The best answer to that when something or someone is taking you off the narrow path of truth is YES! God hath said!

That said, let’s get on with the evidences of Dispensationalism and the PRE-Trib rapture…

Did the Pre-Trib Rapture Doctrine Begin With John Darby?

Join Mondo Gonzales as he interviews Lee Brainard regarding the often repeated myth that John Darby created the rapture teaching around 1830. Lee Brainard shares for the 1st time publicly his research into the Greek church fathers demonstrating unequivocally that the doctrine of the Pre-Tribulation rapture was alive and well in the early church. The fable involving John Darby should forever be laid to rest.

Rapture Controversy – 13 Reasons Rapture is Before the Tribulation