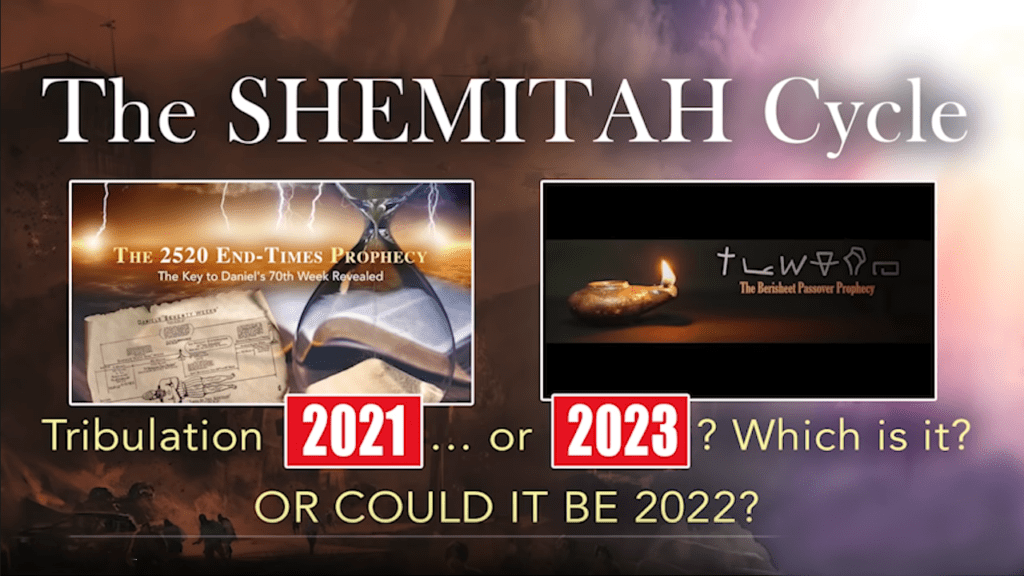 I am sharing some intriguing videos below. C.J. Lovik has a new one out and Ken Potter has shared some videos that also are intriguing to the timing of events. I have to ask, if the Tribulation does begin this fall in 2022 then, how much closer is the rapture??? I’d say pretty darn close! Obviously, we should not give an exact date of rapture dogmatically but, the signs and the season are screaming at us that it is near. We have Russia and China issues, World War 3 nuclear war looming but, most especially, the Ezekiel 38-39 war getting that much closer to happening because of the Russia issue.

I am also going to share a couple of videos by a sister in Christ that I have followed for some time towards the end as well. Her name is Sherry Rich and she has had dreams and also helps others with dream interpretation if they are from the Lord. Now, as I have said in the past, we should not put full stock into dreams that people say they have or visions. But, we should pray about them and consider them because we do know that the Lord tells us in his word that in the last days he will pour out his spirit and people will have them.

So, pray on them and consider them as I stated but, don’t use them in place of nor focus on them over God’s sound word. That said, one of the things that always sticks out, most especially the last few months, is the dream that Sherry had years back after her mom passed on to be with the Lord. In her dream, Sherry’s mother was about to walk out the door and she turned and told her: “Russia’s your life insurance policy”. Meaning that whenever events with Russia start to occur to look up because rapture is at the door. That, and my own experiences that the Lord allowed me to have make me stand up and take note of right now! Both my dreams of the UN being in America after what looked like aftermath of some kind of strike, I dreamed of the Fox News logo and the hand reaching in and closing the door, and my flash vision I had of an old Russian man with a fur cap in black and white and he held a vivid red, white and, blue Crunch bar and he took a bite out of the chocolate. To me, these are indicators that Russia may “take a bite out” of America and take us out of the way somehow so that we can not help Israel when they eventually get pulled into that direction. Add to that of possible rapture happening at the same time as “bombs fall down we go up”. So, for me, it’s time to sit up and take notice and look up because rapture is most likely near!

Now, let’s start with RockIslandBooks new one. In this video, author C.J. Lovik discusses the 2520 End Times prophecy dates with the Berisheet prophecy dates and reveals an amazing truth hidden between the two.

He was in a hurry to get this out because of the time. He will have a white board presentation coming in 3-4 weeks the Lord willing.

Here is Ken Potter’s new one of interest. He also shared a couple of others. One with the late Chuck Missler about times being changed and Mars. It actually made me think that it may have been influence of Nibiru and not Mars but, I’m only a speculation expert and not as smart as Chuck Missler so… (he he he). Also, on that note, below I share an interesting tidbit about Pluto that also made me think more of the influence of Nibiru than Pluto. Anyhoo, here is Ken’s video for pondering.

When is Shemitah and Jubilee?

Now, I know there are so many options and people say this date or that date is the right date for crucifixion and, this or that date is where we actually are on the calendar and, this calendar is right and that one is wrong and, you have this mixed up and that mixed up etc…

Let me just say this. I’m not a calendar expert either and when you toss math into the watching scenario I go blank because math was always my weak spot all my life. I created a mental math block. Seemed like every math teacher I had was a very strict no nonsense type and my introvert self just withdrew more inside. I had one excellent math teacher and I actually made a “B” in her class over my regular “C’s” I always got. But, I was only able to have her for a short time before she had to leave our school. All, that useless extra information to say, math and me don’t get along (ha ha ha). BUT, even not being a math genius and, all of this and that is right and wrong stuff, we can all still see that 2022 sure dose seem like a prime time frame for the Tribulation to begin. It does not really matter if some still see that we are really still in 2021 because of “calendar issues” or that we are in 2022. They all still seem to point to a fall 2022 possible Time of Jacob’s trouble start. And, if that is the case then, the pretrib rapture is before that! So, my math defunct brain still sees that we may be out of here this spring or early summer per Fig Tree Generation. So, this makes the above a time sensitive post to consider.

I don’t normally share these kinds of videos because basically it is just brothers and sisters sharing and talking about dreams and visions and trying to discern about them and relate them to the times and they are not always right about timing etc. It’s hard to know exact details but over the years these dreams and visions about Russia and America seem to be all coming together and making more sense. I can’t find a video where Sherry talks of the full dream she had years back about her mom saying that Russia is her life insurance policy but this one is from December and is key to this post and the one right under it was very interesting as well.

RUSSIA…. EVERYONE WILL BE TURNED INTO RADIOACTIVE ASH 321!

This is the latest one of Sherry’s that was very interesting to me.:

Now, here is a just a “hmmm that’s interesting” event…Pluto Returns Over America on February 22, 2022 – As it was 248 years ago on July 4th 1776. On a side note, people have been seeing “2222” and other things related to that. Not sure if that means anything at all but it’s interesting. No sooner than I published this did I see that my brother in Christ Marty had shared about Pluto as well today and he added this tidbit: “Astrologically, Pluto brings Destruction and Rebirth. Rome fell when Pluto Returned.” Hmmm indeed!

Luke 21:25-27
“And there will be signs in sun and moon and stars, and on the earth distress of nations in perplexity because of the roaring of the sea and the waves, people fainting with fear and with foreboding of what is coming on the world. For the powers of the heavens will be shaken.

Revelation 9:1
And the fifth angel blew his trumpet, and I saw a star fallen from heaven to earth, and he was given the key to the shaft of the bottomless pit.

Revelation 3:11
I am coming soon. Hold fast what you have, so that no one may seize your crown.

REMEMBER…If this year passes on this watch what do we do? We STILL keep watching and waiting on Jesus! We STILL trust Jesus! Man makes mistakes but, as another sister in Christ (Kim Fisher) says, Jesus will come right on time! If you are saved, hold on to your crown!! If you are not saved then. TODAY is the BEST day for salvation because tomorrow could be too late!!