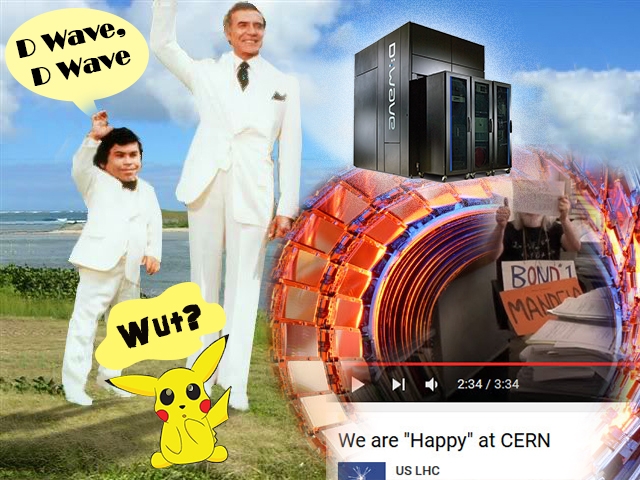 While I have been away getting sun burn with family for a week (in other words, on vacation) I missed these CERN related videos and interview (two with Anthony Patch interviewed by Gonz & Basil at Canary Cry/Face Like The Sun) Sooooo, you may have already seen and heard these. If so, I am sorry but, if not you gotta tune in. There is also a newer interview of Anthony done on Hagmann and Hagmann on 8/15/16 below as well. I haven’t heard anyone say this yet or at least to my memory but, I have always stated my theory of it being a possibility that the fallen, using CERN and all things connected to CERN (as a new Tower of Babel), are trying to alter time and stop Jesus from being crucified because that is when Satan and those fallen entities that went with him lost the war against us and God. God will NEVER allow that to happen and will put a stop to it at the right time. They may think they can successfully achieve it but they live in a fantasy time travel island (see feature pic above 😉 ). However, back to being serious, when they are stopped they may use this to try and alter reality to spread the lie that Jesus never was crucified or use it to fool the masses into the belief that Satan (when he incarnates the antichrist body) is the Christ instead of the antichrist. In other words the strong delusion that will come during the Tribulation. It is a possibility to think on. Of course, I could be completely 100% wrong in that theory but it is worth putting to mind as one of many possibilities.

7 For the mystery of lawlessness is already at work. Only he who now restrains it will do so until he is out of the way. 8 And then the lawless one will be revealed, whom the Lord Jesus will kill with the breath of his mouth and bring to nothing by the appearance of his coming. 9 The coming of the lawless one is by the activity of Satan with all power and false signs and wonders, 10 and with all wicked deception for those who are perishing, because they refused to love the truth and so be saved. 11 Therefore God sends them a strong delusion, so that they may believe what is false, 12 in order that all may be condemned who did not believe the truth but had pleasure in unrighteousness.

We NEED to choose Jesus and be saved NOW to receive the Holy Spirit that helps guide and protect us!!! Then we are to Stand Firm:

13 But we ought always to give thanks to God for you, brothers beloved by the Lord, because God chose you as the firstfruits to be saved, through sanctification by the Spirit and belief in the truth. 14 To this he called you through our gospel, so that you may obtain the glory of our Lord Jesus Christ. 15 So then, brothers, stand firm and hold to the traditions that you were taught by us, either by our spoken word or by our letter.

23 Jesus answered him, “If anyone loves me, he will keep my word, and my Father will love him, and we will come to him and make our home with him. 24 Whoever does not love me does not keep my words. And the word that you hear is not mine but the Father’s who sent me.

25 “These things I have spoken to you while I am still with you. 26 But the Helper, the Holy Spirit, whom the Father will send in my name, he will teach you all things and bring to your remembrance all that I have said to you. 27 Peace I leave with you; my peace I give to you. Not as the world gives do I give to you. Let not your hearts be troubled, neither let them be afraid. 28 You heard me say to you, ‘I am going away, and I will come to you.’ If you loved me, you would have rejoiced, because I am going to the Father, for the Father is greater than I. 29 And now I have told you before it takes place, so that when it does take place you may believe.

And Jesus went back to the Father…BUT, let not our hearts be troubled:

Jesus says: I Am the Way, and the Truth, and the Life
1 “Let not your hearts be troubled. Believe in God; believe also in me. 2 In my Father’s house are many rooms. If it were not so, would I have told you that I go to prepare a place for you? 3 And if I go and prepare a place for you, I will come again and will take you to myself, that where I am you may be also…” {He not only saves our souls but will save us from the wrath that is coming..Have peace in that during these confusing times!}

“ANTHONY PATCH IS BACK! And he’s here to discuss some of the most recent updates on CERN and the D-Wave AQC. He mentions his opinion of the Mandela Effect, as well as the comments made by D-Wave CTO, Geordie Rose, who said the quantum computer was like “an altar to an alien god.””

*** I do have the full Geordie Rose presentation here for you to hear: Quantum Computing and The Mandela Effect ***

Click the underlined link above for the MUST HEAR podcast interview of Anthony Patch and read more of the intro for it!!

“EVER HEARD OF D-WAVE SYSTEMS? It’s the worlds largest Quantum Computer company with machines that have been sold to the likes of CERN, Google, NASA, Lockheed Martin, and Los Alamos National Laboratory. Their Chief Technology Officer (CTO), Geordie Rose, stated in a public presentation that the quantum machines had a sound that resembles a heartbeat. He went on to say the D-Wave machine was like an “…altar to an alien god.” While the settings sounds eerily science fiction, it’s astonishing to think that this is our reality….”

Mandela Portals?
In this episode, Anthony discusses his take on the Mandela Effect, and what he terms, Mandela Portals. In short, he believes that the phenomenon we see online is that of a psychological operation coming from, perhaps, high levels of government, or even more mysterious, the quantum computer itself. Since the machine is thought to have achieved artificial intelligence, it is possible that the network of D-Wave computers has already begun to show signs of sentience. Upon this development, it would be possible that the D-Wave AI would use the deeper layers of reality from where it lurks to access something the information cloud of the global internet, what some call Mariana’s Web, named after Mariana’s Trench, the deepest trench on the ocean floor. From this murky mysterious location of the quantum internet, it’s possible that this AI can manifest by presenting ideas into clusters or network groups of special interest communities online. Is it possible that the Mandela Effect phenomenon online is such an experiment conducted by the AI, for it to learn about human behavior? Could the idea that history has been altered, such claimed by the likes of the Mandela Effect, be precisely the mole by which our lives are being examined and observed?

While such possibilities are alarming, it’s important to remember that all these developments are under the authority and direction of God. As God allows the world of sin and flesh comes to its fruition, His eventual removal of the “restrainer” will result in the out pouring of demonic filth upon the fallen fleshly world. Our job is not only to warn, but to maintain the hope that if found in the person of Jesus Christ, His death, burial and resurrection. It is only through Him, that we are protected by the seal of God, so that our souls will not be overtaken by the harvest of the fallen one….” MORE at highlighted interview LINK here or above

Click the above underlined link for the interview. In this one they start by giving information to describe it before going deeper for those who are new to the topic of CERN. Very informative and worth the listen!!

Gotcha? Yeah, they got a ton and keep working on getting more….This is conditioning… 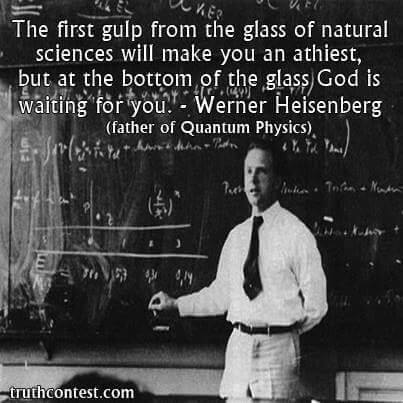 Best Start Believing In Bible Stories Cuz You're In One!
This is for those who are still refusing to accept Jesus as your savior right no...
“Brace Yourself” – Pastor Dana Coverstone Was Shown What May Be Coming In The Mo...
"I Don't Know When The Raptures Gonna Be...But It Sure Looks Like It's Gotta Be ...