Below is a post by Kev Baker from The Kev Baker Show about CERN. On a side note, I always think about The Economist Magazine cover for 2015 where it shows Alice at the bottom looking up and the arrows at her feet that read 11.3 and 11.5. I always wondered if it had anything to do with CERN and if they were dates. (The Alice detector of the Large Hadron Collider is discussed in the interview below) Of course that is just speculation on my part however, the one sure thing is that CERN needs to be taken seriously and if these events take place as reported you need to make sure you are on the right side. The side of Jesus. If you are not saved please think about it before it may end up being too late. 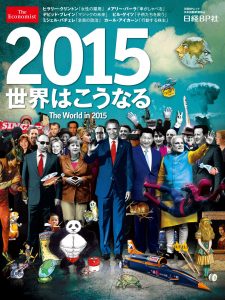 The Economist 2015…Click on pic for Vigilant Citizen’s take on the meaning of the cover. 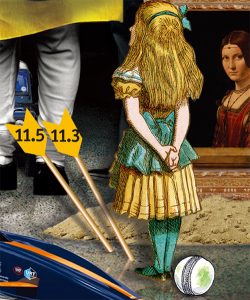 {The link to the full interview show is the highlighted Truth Frequency Radio link or the highlighted Freaky Friday link. Anthony is on the last hour of the show if you want to skip the first two hours…Please take the time.}

URGENT! CERN Lied About The MAXIMUM POWER LEVEL!! 1000+ TeV In November! This is HUGE!

Today I was contacted by my good friend and one of the leading researchers into CERN concerning something very disturbing indeed. The commonly accepted maximum power expected to be generated at CERN, and this comes from their own Scientists, is 13 TeV, however, worryingly, we are learning that the true power will be over 1,000 TeV!

Yes, you read that right… 1,000 TeV. Below, I have made a video report to help explain this, and then included the work of Mr Patch in article form. Tony Patch will be on Freaky Friday with TRUTH FREQUENCY RADIO, 23rd Oct 2015 @ 2am UK time, 9pm EST & 6pm PST to explain these truly frightening developments. Or, see this link as well: Freaky Friday. Anthony Patch is on at the 3rd hour of the show!

The Maximum Power Level for the LHC will be:

Where does this 1.15 PeV come from and what is PEV?

The highest energy to day is 13 TeV with Protons.

This is the CENTER of MASS ENERGY of Lead Particles – that is where the 1.14 PeV is coming from

SO WHAT DOES THIS MEAN?

The actual maximum poer level the LHC is capagle of has been hidden from the public
All of the publicity has been surrounding their having achieved 13 TeV
No mention of 1.15 PeV has ever been made
Protons have been colliding this year.
Now they are swapping them out for Ions Of Lead (Pb) from NOV 20 through DEC 13

The stated goals of CERN are to….

Many Physicists have expressed their concern that this search for other dimensions could have disastrous consequences for us all. Concern for the production of Vacuum Bubbles enveloping not only our Earth, but perhaps even the universe.

Also, the production of Strangelets, the most powerful explosive substance in the known universe.

The fact that the LHC will produce such a massive increase in power of 1.15 PeV, rather than the purported maximum of 14+ TeV, should raise concern aswell.

The beam dynamics and the performance limits with Lead ions are quite different from those of Protons. This is due to the copious nuclear electomagnetic interaction in peripheral collisions of Lead Ions.

The physics of Lead ion beams is qualitatively and quantitatively different from that of Protons.

The Interaction Point #2 for the collisions of Lead ions is within the ALICE detector. The CMS and ATLAS detectors will play a later role in the experiments.

Lead ions will collide head-on, whereas Protons did so at an angle. This contributes to the marked increase in the Centre-of-mass-Energy level.
To put it simply, that is why we see the jump from TeV to PeV.

This increase in power, having been withheld from the public at large, calls into question…. what will be the result? Why hide it?

Repeatedly, the spokespeople for CERN admittedly have no real idea what to expect once the LHC achieves maximum power levels.

WE ARE TALING ABOUT THE DIFFERENCE BETWEEN…

Circulation within the 27km long Main Ring of the LHC, not loosely configured subatomic particles… but now what essentially are two SOLID BEAMS OF LEAD, each rotating in opposite directions at 99.9999999991% the speed of light….

And, unlike what previously occured with Protons crossing each other’s paths at an angle, Heavy Lead Ions, the “solid beams”, will collide head-on….
Thus combing all of their Kinetic Energies at one point

Saturn may be a very cold gas giant, but its magnetosphere is filled with plasmas originating from both the planet and its moons. Many of them originate from Enceladus which ejects as much as 1,000 kg/s of water vapor from the geysers on its south pole, a portion of which is ionized and forced to co-rotate with the Saturn’s magnetic field. This so-called plasmasphere is held rigidly in place by the planet’s magnetosphere, and as a result, centrifugal forces tend to fling dense, heavy plasma parcels into deep space.

But not all plasma is sent outwards. As some of the plasma is ejected outwards, less dense plasma rushes to take its place, forming fingers of hot plasma that penetrate deep inside Saturn’s magnetic field. This particular interaction…MORE at highlighted link above ^^^

SCIENTISTS conducting a mindbending experiment at the Large Hadron Collider next week hope to connect with a PARALLEL UNIVERSE outside of our own.
By Paul Baldwin ~ Thu, Oct 22, 2015

The staggeringly complex LHC ‘atom smasher’ at the CERN centre in Geneva, Switzerland, will be fired up to its highest energy levels ever in a bid to detect – or even create – miniature black holes.

If successful a completely new universe will be revealed – rewriting not only the physics books but the philosophy books too.

It is even possible that gravity from our own universe may ‘leak’ into this parallel universe, scientists at the LHC say.

The experiment is sure to inflame alarmist critics of the LHC, many of whom initially warned the high energy particle collider would spell the end of our universe with the creation a black hole of its own.
Related articles

But so far…MORE at highlighted link above ^^^

CERN, Nikola Tesla, quantum physics, electric universe, ancient tech, fallen angels, demons, aliens, UFOs, deep underground military bases, antediluvian history, flat earth theory, Nephilim, secret space program, moon and mars bases, and much, much more covered in this episode of The Sharpening Report. We are joined by special guest Timothy Alberino to talk to us about his recent research into CERN and ancient technology. This is certainly an episode you will not want to miss! Make sure to check out Timothy Alberino at the links provided by Josh Peck under the YouTube video at the site.

Our good friend, researcher & author Anthony Patch returns to the show to talk physics with Quantum Kev. We get his take on a new project that is taking place called AWAKE, and its potential to revolutionise particle acceleration. CERN is days away from the Lead-Lead collision so what better time to get the brilliant mind and man back on the show.

THE CONTINUED SHOW ON THE FREEDOM LINK BELOW

Joe Joseph and John King are joined by Kev Baker, Tony Patch, and Kenneth Webb to discuss CERN, how its affects our lives, and what the technology can do for humanity, either for its betterment or to its detriment. This is a can’t miss broadcast for those who want to understand CERN and the electric universe.

No Man Knoweth The Day Or The Hour?
Scott Clarke At 2017 Hear The Watchmen Conference {Revelation 12, September 23 &...
Passover / Purim High Watch Time
The Network The Mark And How They Work Together