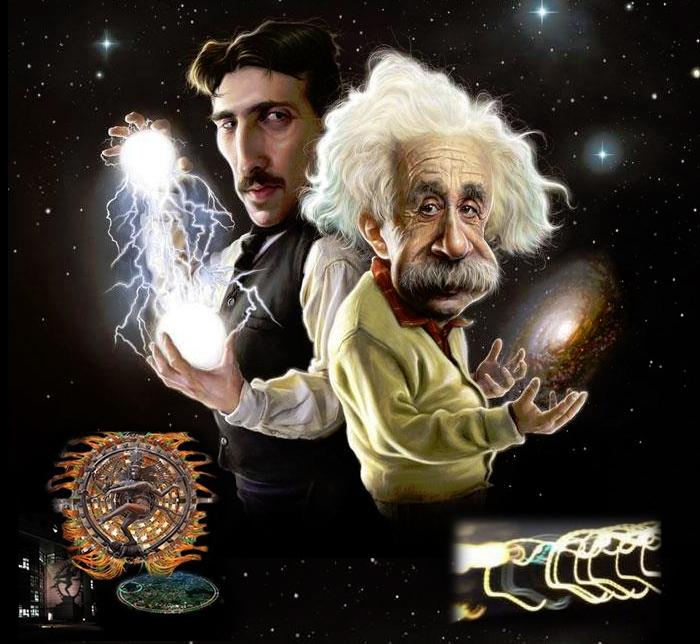 Einstein and Tesla walk into a bar….Never mind, that joke would “shockingly fall flat”…ha ha…Bah dump bump…I know, it’s bad, so bad…I should get a 10 for the effort though, right? All jokes or non jokes aside, there was some big news coming out in the past week or so that I felt needed to be complied into a post for those who are looking into the matter of CERN and quantum physics etc. Here are some extremely intriguing reads, links and shows to listen to below. Things to ponder while we wait on the one true God and his plans to be fulfilled. For those who may get freaked out over these things remember that we have nothing to fear if you are a follower of Jesus who gave your life to him. He is our salvation and the only answer to all things dark and evil. God has already won the battle. We just have to catch up and allow the things that need to be fulfilled first to happen and then we will be living in real peace and real love with the creator and true lover of mankind, Jesus. I believe that the closer we get to Jesus’ return God is allowing more information about the creation and how he has done things to become more clear and revealed to us. We must remember to be discerning however. We should remember that Satan does take the things of God and perverts and twists them into what he wants. So in your studies be cautious and always go to the source of God’s word and pray to Jesus when in doubt or worried. I think these things are highly interesting and that the Lord is showing us how some of the things discussed in the Book of Revelation will come to pass. I think we are at the very precipice of the Tribulation kicking off into full force and that it is CRUCIAL that you give your life to Jesus and be saved but, that’s just me, or is it? Shall we begin?

Let us start with this article below. It’s a good start. If you are not in the mood to read just yet then go ahead and skip on down to the videos and come back to revisit the article later. It’s pretty interesting though so give it a try when you can.

Tesla vs. Einstein: The Ether & the Birth of the New Physics

Nikola Tesla (1856-1943) was an electrical inventor, well known as a competitor of arch rival Tom Edison. Where Edison’s inventions include the light bulb, the microphone in the telephone and the phonograph, Tesla’s inventions include fluorescent lighting, the AC hydroelectric power system and wireless communication. Tesla is therefore mostly billed as an inventor.

The fact is, Tesla was also a physicist who studied in college such courses as analytic geometry, experimental physics and higher mathematics.1 In his early 1890s lectures at Columbia University, the Chicago World’s Fair and at Royal Societies in Paris and London, building on the ideas of Isaac Newton and Lord Kelvin, Tesla demonstrated and discussed the structure of atoms as being similar to solar systems and wave-like and particle-like aspects to what later became known as the photon. Colleagues he lectured before and corresponded with included many Nobel Prize winners like Wilhelm Roentgen, J.J. Thompson, Lord Raleigh, Ernst Rutherford and Robert Millikan and other scientists such as Elmer Sperry, Sir William Crookes, Sir Oliver Lodge, Lord Kelvin, Heinreich Hertz and Hermann von Helmholtz.

As far as I know, no standard text on the history of physics mentions Tesla even though these ideas would lead to Nobel Prizes when they were further developed by Rutherford and Bohr (with their solar-system description of the atom with electrons orbiting the nucleus) and Einstein’s discovery of the photoelectric effect, which was equivalent to Tesla’s wave and particle-like description of light.

However, another idea which Tesla discussed was abandoned by modern physicists, and that was the concept of the all pervasive ether. This led to a number of key differences between Tesla’s view of the world as compared to that of Albert Einstein (1879-1955). Tesla disagreed with the findings of Einstein’s Theory of Relativity in a number of ways. As far back as the turn of the century, Tesla thought that he had intercepted cosmic rays emanating from the sun that attained velocities “vastly exceeding that of light.” In the last decade of his life he also claimed that these cosmic rays could be harnessed to generate electrical power. Tesla also saw radioactivity as evidence of the material body absorbing energy as much as it was giving it up.

On a separate front, the inventor stated that…CLICK HERE OR HIGHLIGHTED TITLE FOR THE REST

Here is the first video of the two I am posting today.

The video has a good slide show presentation if you watch while you listen. This was the first time ever editing a video by the makers so don’t be too hard on them about it. It’s still just as good and INFORMATIVE!
Anthony Patch Explains the Satan Particle! PENTAQUARK
Collaborated with Research of ETMN it equals The OGDOAD! THE COSMIC EGG Scientist call The Big Bang!
CERN IS Literally an ALCHEMY MACHINE! Anthony Explains the process of Cern and how they are ready to tear the Veil and its comparison to Nuclear Warheads like firecrackers!
Also discussed is True Quantum Entanglement of MIND VS False Quantum Entanglement of HEART
CERN IS The new version of the Hitler IBM punchcard machine on a Huge scale.
This is A Mind Control Psychological Warfare Machine! Satans Greatest Weapon is through the MIND and our greatest weapon is PRAYER!

Here are some links that are related to the above video and a couple have videos as well:

Here is the second video. If you just skip past the commercials when they pop up during the breaks it won’t be a full 3hrs long. Or work while you listen which is what I do 😉 . Below the video will be very pertinent links relative to the video. Links about the Santilli telescope and the news on gravitational waves being discovered as well as a link to The Thunderbolts Project.

Join us tonight for a special show with an expert on CERN the large hadron collider Anthony Patch We have all heard that CERN is a dangerous machine build for the purposed of understanding how the universe was created. There have been press releases by scientists at CERN explaining that they have found or open portals to other dimensions. Tonight Mr. Patch will explain what CERN is really doing and why they are continuing. – http://anthonypatch.com/

Links related to the video:

{FYI: This is not an endorsement of this site as I am not familiar with it. Only this article.}

You are about to see proof that ‘invisible Alien entities are here, on Earth.’

Researchers seeking evidence of anti-matter in the universe firmly believe they have come across a previously unknown ‘invisible life form’ on planet Earth.

The company is run by controversial Harvard-educated nuclear physicist Dr. Ruggero Santilli. Dr. Santilli is regarded by many as an expert in mathematics and physics and has already been nominated for Nobel Prizes in Chemistry and Physics.

Dr. Santilli developed a revolutionary telescope which was designed to spot antimatter-light in the cosmos. Contrary to conventional telescopes, which are made from Convey Lenses, the Santilli telescope is made from Concave lenses…..MORE AT HIGHLIGHTED LINK HERE OR ABOVE TITLE 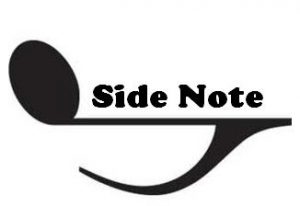 *** On a side note it must be said to keep in mind that Tesla often was noted to have received his information from outside sources, visions or spiritual forces. That, and he was also a fan of eugenics so he was a flawed human who had been deceived on some things; just like the rest of us. Eugenics seems to be a major siren song of the fallen angels and demonic realm. They salivate at the thought of the destruction of man kind because God loves us and they view us as the vulgar plague on the Earth. Don’t forget to watch The Fuel Project’s: Know Your Enemy series. It addresses the UN and Theosophist Helena Blavotsky as well as her protege, Alice A Bailey. Also, my post on the pope’s encyclical contains some videos about the subject of eugenics. Remember, some may seem more flawed than others but we are ALL flawed and can easily be led astray and deceived none the less….It’s why we need Jesus to cover our flaws /sins and he will do just that if we make the choice to follow him and ask him to forgive us and come into our lives.***

I found this site of interest…

The Lost Journals of Nikola Tesla

For as were the days of Noah, so will be the coming of the Son of Man.
The Sky Don't Lie...A MUST Read!
Conditioning, It Works. And, It's In Plain Sight For Those With Eyes To See!
The Most Heartbreaking Unsatisfying "I told you so" of All Time.