CERN Is Now VHEeP And Code 923

Below is the latest interview of Anthony Patch about CERN done on the Kev Baker show (Only 49mins). Also, I have included End Times Matrix News’s latest video on Code 923 as well (Only 28mins). They touch on CERN in it too. THEN……923 again? As always, use discernment in all things and pray on them as well as searching out a matter for your self.  Proverbs 25:2 ~ It is the glory of God to conceal a thing: but the honour of kings is to search out a matter. 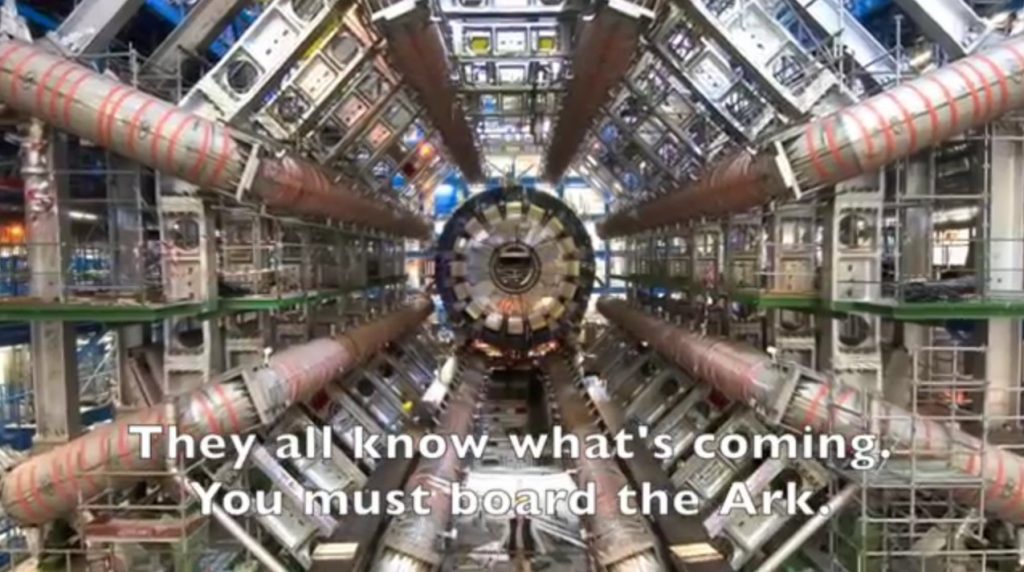 The ark is salvation in JESUS! No one but God knows 100% what the future is. Be saved NOW…Tomorrow could be too late.

First, here is Kev’s blog post on his interview with Anthony Patch:

The worlds leading “CERNologist” is back on KBS & just like last year we will be BREAKING BIG NEWS on CERN from both a science perspective & looking to the future! Last year Anthony Patch came on The Kev Baker Show & broke the story about the massive jump in power to over 1PeV (1 quadrillion electron volts) & in this episode hes at it again with all the new breaking information on the LCH!

Firstly, there is the more commonly known LHC machine consisting of a 27km ring around which the particles are accelerated through and electromagnetic field generated by massive magnets.

Secondly, one of the newest experiments to open up at CERN is called AWAKE. We have covered the AWAKE experiment in the past on the show and it utilises high charged plasma as a form of acceleration. This is a linear experiment as opposed to the giant ring of the LHc. The advantages of using plasma are that its a far more effective means of acceleration with energy increasing over a far shorter distance.

Protons from the main ring, travelling at close to the speed of light will come down a ramp and fire into a plasma chamber. As the protons travel through the plasma a wake is created, much like the wake left when a speed boat goes through water. Electrons are then inserted into the “wakes” and this accelerates them to very high energy in a short space of time/distance.

To date the AWAKE experiment is in the process of being calibrated before going live with physics expected to be returned by the end of the year. AWAKE in its current form is not a collider ! When the machine is running fully towards the end of the year, the scientists will be monitoring the increased in energy experienced by the electrons but no actual collisions will be happening at the AWAKE facility.

However, Anthony Patch has uncovered new information that suggests all of this is about to change….MORE AT HIGHLIGHTED LINK ABOVE OR HERE

The video of the interview is lost but here is a link with quotes by Gordie Rose as well: Forget Mandela Effects, Think QUANTUM POLLUTION w/Anthony Patch

Truth IS stranger than fiction and yet some are so addicted to their own fiction (TV shows, super hero movies etc) that they can’t think outside of their cage and dig deeper when seemingly “weird and fictitious sounding” things in real time are presented to them. The elite occult most certainly use numbers, dates and ritual to aid in their plans for the world even if you don’t think they do or believe it. Either look into the matter further or pass it by and remain in the cage but we shouldn’t disparage others who try to wake us up. A day will come when those people will make the most sense but they might not be around to tap into their brains when you need to. If you choose the latter that’s fine but, make sure you turn to and are saved by Jesus because he is the only way of being saved and the only solution to what is soon coming to the world…That said, here is one of many very interesting and informative videos by End Times Matrix News. I have their videos sprinkled through out my blog (especially the CERN ones).

THE OCCULT DOES EVERYTHING BY CODE OF THE ANTICHRIST SYSTEM. WE ARE IN THE END TIMES AND GETTING VERY CLOSE TO GLOBAL TAKEOVER ONE WORLD SYSTEM AND RELIGION.
THE DEVIL IS DECEIVING MANY THOUGH MANY FACETS EVEN CALLING THE ANTICHRIST JESUS THROUGH MANY VOICES OF WOLVES IN SHEEP’S CLOTHING.

And There Is Nothing New Under The Sun
Dispensationalism...Did Scofield or Darby Invent It?
Absolutely Spot On! A Must See Video!
The Coming Great American Eclipse