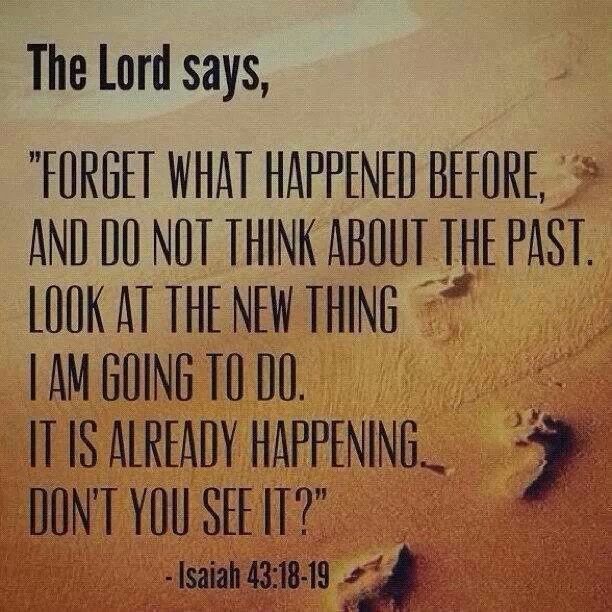 {A post on the heels of the Presidential election in the US. I chose the above verse even though it is about Israel because it still applies and, as believers in Jesus, we are grafted in.}

Can’t you feel it??? Don’t you see it??? Things are about to change for this country and the world. There is a reason God is allowing currents events to happen the way that they are. This election, and not just ours but any others world wide, are not business as usual. They are setting into place the governments needed to be incorporated into the Antichrist beast System prophesied about in Revelation and the book of Daniel. Our focus now needs to be on Jesus alone and his kingdom and not on this world. He is trying to help his people let loose the tight grip. A better corrected way is coming. A way that was foretold to us in God’s word. HIS kingdom will be coming but first judgement and a cleansing must come. Loosen up the grip on the now and grab hold of Jesus’ robe so he can take you forward into his coming kingdom.

Realize that those who have created God in their own image and who have decided they do not want to be part of God’s true kingdom are experiencing the only Heaven and enjoyment that they will ever have again right now. They are fast heading into God’s judgment and willingly have no clue and simply do not believe that they are. They have deceived themselves into thinking, after much hatred spewed out against others, that they are all about unity, love and peace. They deny God’s word about what real love and peace is. Sadly, they have created a false God to appease themselves. We must have pity and feel sorrow for them because they are choosing their own demise. Try to not hate or allow yourself to get pulled into the vitriol and bickering about this temporary dwelling place we currently live in. Instead, think about what these poor souls are reaping for themselves and pray. Pray that they will be allowed to survive the coming judgments long enough to repent and to be saved during those times.

Romans 1:18-22 (God’s Wrath on Unrighteousness)
For the wrath of God is revealed from heaven against all ungodliness and unrighteousness of men, who by their unrighteousness suppress the truth. 19 For what can be known about God is plain to them, because God has shown it to them. 20 For his invisible attributes, namely, his eternal power and divine nature, have been clearly perceived, ever since the creation of the world, in the things that have been made. So they are without excuse. 21 For although they knew God, they did not honor him as God or give thanks to him, but they became futile in their thinking, and their foolish hearts were darkened. 22 Claiming to be wise, they became fools…THE REST OF THE CHAPTER

When Jesus comes back physically the second time is when he will bring the TRUE peace and unity. His first visit was to reveal the TRUTH and to give the information that mankind needed going forward on how to be saved before he cleanses this earth again and sets up his kingdom! All this man-made invented Peace talk is nothing but a weak attempt to put in place their own way and not God’s way. They keep forgetting we live in GOD’S creation not mans! GOD created this earth and us! If man wants to make their own government and ways then create your own earth. This one is not yours to do with as you like. Sorry, but that is a fact. It is a fact that will become abundantly clear in the near future. Jesus said:

Luke 12:49-56 (Not Peace, but Division)
“I came to cast fire on the earth, and would that it were already kindled! 50 I have a baptism to be baptized with, and how great is my distress until it is accomplished! 51 Do you think that I have come to give peace on earth? No, I tell you, but rather division. 52 For from now on in one house there will be five divided, three against two and two against three. 53 They will be divided, father against son and son against father, mother against daughter and daughter against mother, mother-in-law against her daughter-in-law and daughter-in-law against mother-in-law.”
Interpreting the Time

But for us, for those who belong to and follow Jesus, we have a glorious future ahead. We have a future that is unimaginable to the human mind. A future that will be eternally peaceful and joyful and blessed. We will have a kingdom or country that pales in comparison to this one. We have the true future and the true leader.

That said, I don’t think the drama is over for our country’s election. I think a huge upset is coming on the heels of people celebrating that will lead into much chaos and rioting. If it does play out that way then, the days ahead are bleak and we may experience some of it begin. If it does not play out that way and, they keep the noted winner in then, it still matters not. Either way judgment is going to fall. It does not matter who they place in the seat. One way will most definitely lead to war on America. The other way will most likely be war on Israel first and then America being set in such dire straights that it will be ready to be offered up onto the mantle of the One world government Beast system along with the rest of the world. (see note at bottom)

Romans 8:12-25 (We are heirs with Christ)
So then, brothers, we are debtors, not to the flesh, to live according to the flesh. 13 For if you live according to the flesh you will die, but if by the Spirit you put to death the deeds of the body, you will live. 14 For all who are led by the Spirit of God are sons of God. 15 For you did not receive the spirit of slavery to fall back into fear, but you have received the Spirit of adoption as sons, by whom we cry, “Abba! Father!” 16 The Spirit himself bears witness with our spirit that we are children of God, 17 and if children, then heirs—heirs of God and fellow heirs with Christ, provided we suffer with him in order that we may also be glorified with him.

For I consider that the sufferings of this present time are not worth comparing with the glory that is to be revealed to us. 19 For the creation waits with eager longing for the revealing of the sons of God. 20 For the creation was subjected to futility, not willingly, but because of him who subjected it, in hope 21 that the creation itself will be set free from its bondage to corruption and obtain the freedom of the glory of the children of God. 22 For we know that the whole creation has been groaning together in the pains of childbirth until now. 23 And not only the creation, but we ourselves, who have the firstfruits of the Spirit, groan inwardly as we wait eagerly for adoption as sons, the redemption of our bodies. 24 For in this hope we were saved. Now hope that is seen is not hope. For who hopes for what he sees? 25 But if we hope for what we do not see, we wait for it with patience.

God is in FULL control! Rest in that!

Also rest in this….

1 Thessalonians 5:8-9
But since we belong to the day, let us be sober, having put on the breastplate of faith and love, and for a helmet the hope of salvation. 9 For God has not destined us for wrath, but to obtain salvation through our Lord Jesus Christ…

1 Thessalonians 4:15-18
For this we declare to you by a word from the Lord, that we who are alive, who are left until the coming of the Lord, will not precede those who have fallen asleep. 16 For the Lord himself will descend from heaven with a cry of command, with the voice of an archangel, and with the sound of the trumpet of God. And the dead in Christ will rise first. 17 Then we who are alive, who are left, will be caught up together with them in the clouds to meet the Lord in the air, and so we will always be with the Lord. 18 Therefore encourage one another with these words.

The time is now to let go of that tight grip and look up! If nothing else the recent days have made it crystal clear that we are living in the very last days. We are at the appointed times. Jesus is coming back first in the clouds for his church and then physically to take back what is his. It is clearer now than when we first believed! 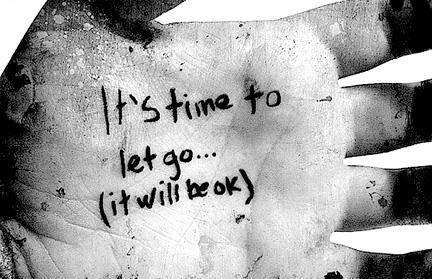 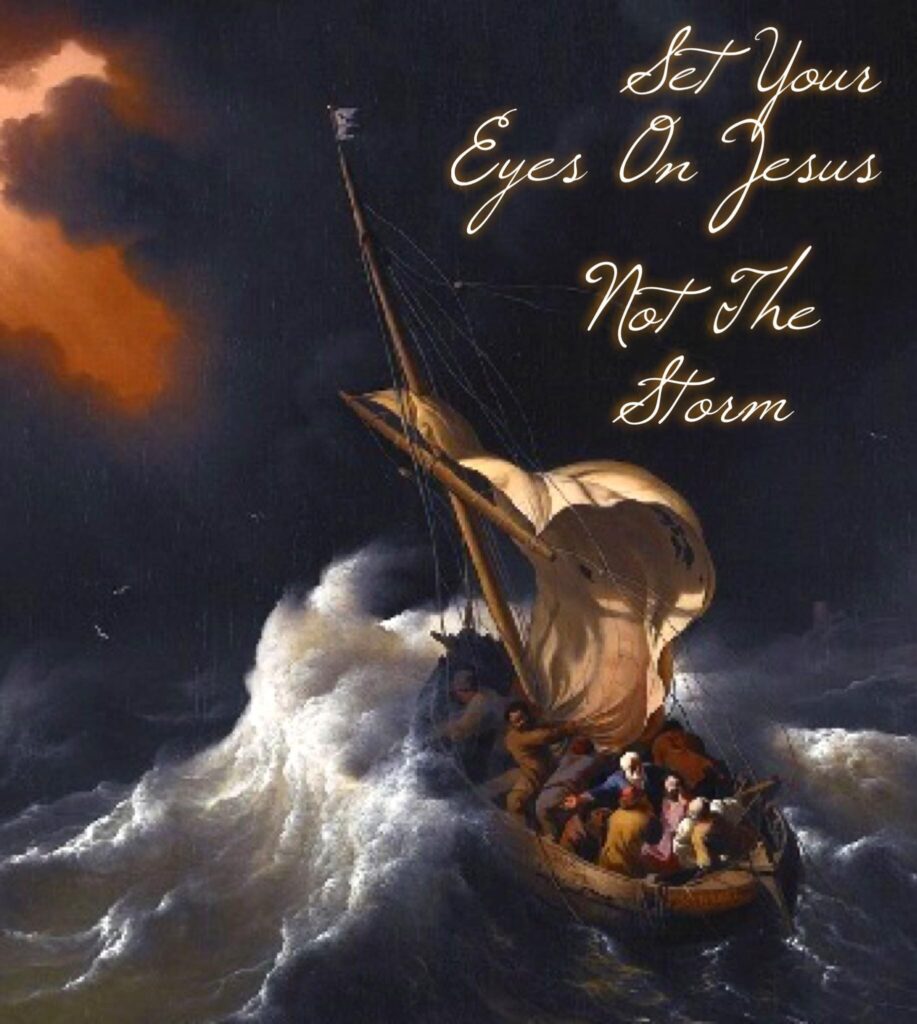 Note: If you have followed my blog these past years then my belief in this world system will not be a surprise to you. I am thinking something is going to come and cause the chaos and riots that are one major goal to gain order out of chaos to help in the cause of bringing the country down and to shove it into the Beast system global government. I would not be surprised, if we are still here and not raptured, if Trump came back around again. But for me, I do not think any political candidate has our best interest at heart. I think it is them against us and has been for quite some time. People don’t have to believe that if they don’t want to but what people may want to brace themselves for is the chaos that is heading our way and the judgment on this country. Our focus needs to be on Jesus and his coming kingdom not America. We are in the last days. The Tribulation will begin and judgment is coming. It matters not who is president. The end result will be the same. That said, this does not mean just lay down and not try to hold on to our freedoms. It means that the focus should be on Jesus and knowing the times we are in now. When it seems we are being defeated just know that we are not and that God is in control and has a better plan coming for those who love him. Jesus is coming back to rule and reign. That is THE BEST plan.

Tony from A minute to Midnight posted this tonight. Very interesting. Use discernment as usual but take it in consideration just in case we see these events actually take place! Only 12 mins long. Please see pinned comment under the video at the site as well.

The Revelations of Dr. Richard Day
The Pope, Islam, Secret Societies and The Antichrist- Chris Pinto & Sheila Zilin...
But you are not in darkness, for that day to surprise you like a thief.
Canaries In The Coal Mine