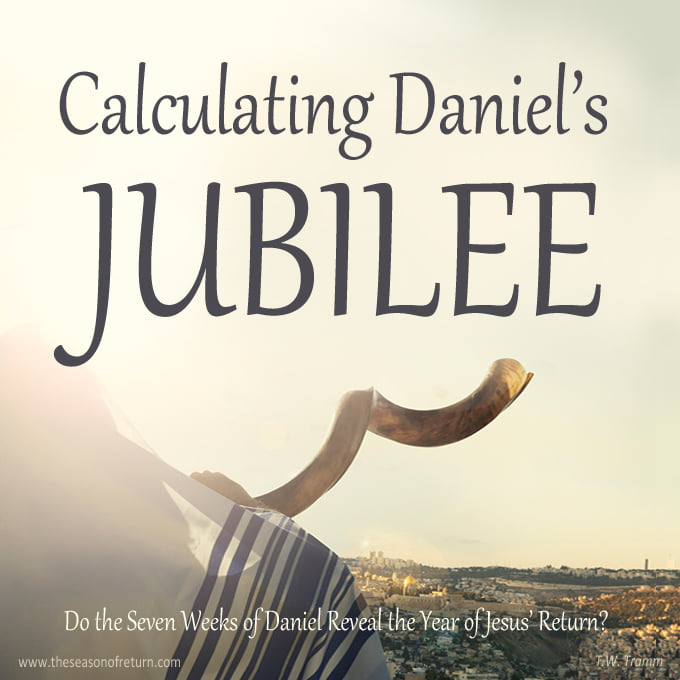 I’m looking for this Spring but, if we are still here, I will be still looking on each high watch and on an any day now watch as well. I’m sharing this interesting article from TW Tramm that I just read today. Here is a snip below and then select the links provided to read the full article.

As I have noted in previous studies, Isaac Newton believed the weeks of Daniel similarly foretell the year of Jesus’ second coming. Newton reasoned that the “seven” and “sixty-two weeks” were mentioned separately because they refer to two distinct appearances of Messiah based on two different returns to Jerusalem: the ancient return following the Babylonian exile, and a latter-days return following a period of worldwide exile.

Newton also understood the seven weeks to denote a jubilee period. He wrote:

“The seven sevens are the compass of a Jubilee and begin and end with actions proper for a Jubilee and of the highest nature for which a Jubilee can be kept.”

Isaac Newton’s interpretation of the seven weeks has fascinated me since I first learned of it more than a decade ago. At the time, an uncanny date alignment fueled expectations that 2015 could be the Jubilee alluded to in Daniel: It was discovered that there were exactly 49 prophetic years (17,640 days) between the June 7, 1967 return to Jerusalem and the Day of Atonement (jubilee-declaration day) in 2015.

Yet, despite the seemingly perfect date alignment, 2015 turned out not to be a Jubilee.

Since 2015, I have counted the seven weeks from various start points to determine the final Jubilee, but to no avail. What seems clear now, nearly seven years later, is that the key to counting the weeks is a precise reading of Scripture and acknowledgment of the Sabbatical cycle currently observed in Israel.

Understanding that Daniel’s weeks refer to the fixed Sabbatical cycle, there are two dates required to calculate the Jubilee: … FULL ARTICLE AT THIS PDF LINK or HERE 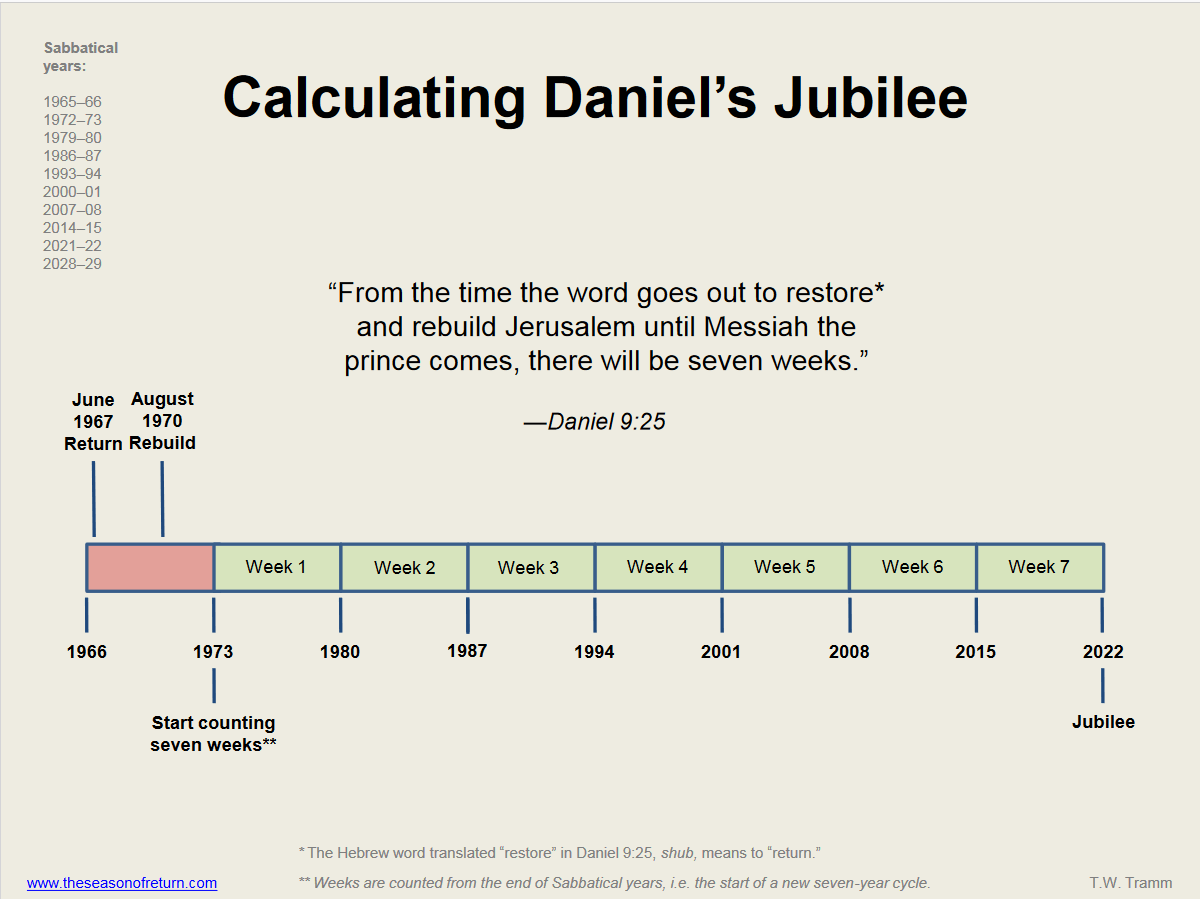 Earthquakes, The Resurrection, And The Rapture; A Speculation
Will It Be This Year? Who Knows? But, It Is SOON!
The Rapture
Urgent Prophecy Update With Pastor JD