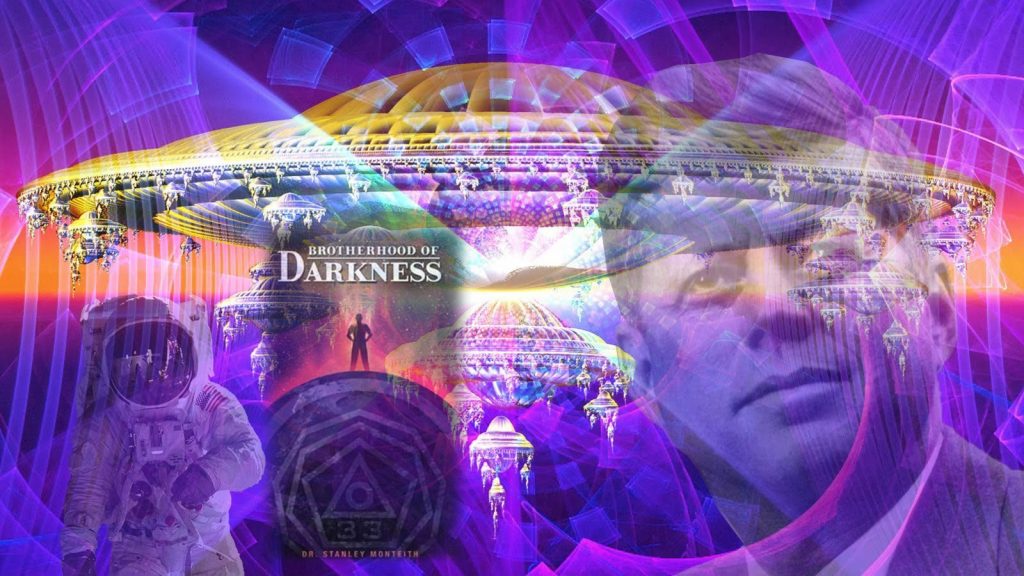 Recently I re-visited the book Brotherhood of Darkness by Dr. Stanley Montieth. It’s a book that I suggest people look into adding to your list of readings. It is small but jammed packed with some basic information. It’s a quick read and will help you get a basis into your further learning of the secret government behind the scenes. A friend of mine via social media and brother in Christ has two blogs and one of his blogs is about end times prophecy and how it correlates to what some would deem conspiracy. He did a very in depth review on Dr Stanley’s book and I wanted to share it with you and point you to both of his blogs to be blessed by as well. His name is James J. Fire and below you will find all the links needed to read his review of “Brotherhood of Darkness” as well as his other writings. 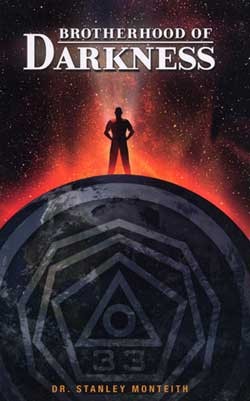 Second blog site by James, The Truth Under Fire:

The book and review above segues perfectly into this next submission. I think it would behoove you to watch this whole video: “Iron Mountain Blue Print to Tyranny”! Push through it and watch until the end so you can see how far they are in the plan of world government. Keep in mind all of the news stories you have seen within the last few years such as the Bundy Ranch ordeal, the mass shootings, environmental issues, GMO’s, DNA and trans-humanism discussions and agendas being pushed while watching. It is a documentary done in 1993 about a document that was completed in 1966 and published in 1967. It was a report that was presumably ordered by The Kennedy administration in 1961. Here is more on the back story to read further. (Disclaimer: The original link was removed. This link is from another site and had the article copied there. I am not familiar with the site and so I can not say if I agree with its posts or not. Just use discernment.)

A LARGE SNIP of it:
“In 1961, the Kennedy administration ordered a “Top Secret” study to determine what problems the United States would face if the world moved from an era of war to a golden age of peace. In other words, how to bring America into the New World Order. By 1963 the selection of the specialist had been made. This study group consisted of 15 experts in various academic disciplines who were selected for their expertise in their various fields. The first and last meetings were in an underground nuclear survival retreat called Iron Mountain.

In the same year that this “Top Secret” study was called, 1961, The Department of State put out a publication (#7277) called “Freedom From War, The United States Program for a General and Complete Disarmament in a Peaceful World”. This publication describes a three step program to disarm the American military, shut down bases and have one military under the United Nations. This “military” would be the world wide police force to be used as “peace keepers” throughout the world. The plan would include that “all weapons of mass destruction” be eliminated with the exception of “those required for a United Nations Peace Force” (page 12 paragraph one). In order to “keep the peace, all states will reaffirm their obligations under the UN Charter to refrain from the threat of use of any type armed force” (page 16, Paragraph eight) To support the UN Charter, the average citizen will need to be disarmed; so they cannot defend themselves against these “peace keepers”. You don’t have to watch much news to see that today, the UN forces are used as “peace keepers” throughout the world, disarming people so they can’t defend themselves against oppressive governments. To quote Sarah Brady, Chair of Handgun control, Inc. “Our Task of creating a socialist America can only succeed when those who would resist us have been totally disarmed.”

In 1963, the same year as the selection of specialists for this “Top Secret” study, President John F. Kennedy made an astounding statement. On November 13, while speaking at Columbus University, Pres. Kennedy stated, “The high office of the President of the United States of America has been used to foment a plot to destroy America’s freedom, and before I leave office, I must inform the citizens of their plight! Ten days later, President John F. Kennedy was shot and killed….CLICK ON HIGHLIGHT ABOVE OR HERE FOR MORE

In a nutshell, it talks of a plot and plan to implement a one world governmental system that the ruling elite will run and enslave mankind in. For those who study Bible prophecy and “conspiracy theory” this premise will not be new to you. In fact, you may have heard of this documentary and document called the Iron Mountain Document. It was touted as conspiracy back in the day it was released but the thing about that now, in 2016, is that what it discussed as the plan is being implemented as described. Take a look and judge for yourself. It’s an old documentary and a bit blurry in spots but the information still carries over.

(Just as an extra: THE IRON MOUNTAIN CONSPIRACY for further inquiry but you can dig further yourself to find other write ups on it.)

I think this document and documentary has proved to be accurate and true just by the mere observations over time passed. I’m not surprised because the Bible talks of the whole Earth being under a one world government and religious system that the antichrist will rule. Wake up! Get saved!! The only solution is Jesus and he is the only way to eternal life and true peace! If all his word in the Bible that was prophesied is coming to fruition in our times then when Jesus says he is the way the truth and the life and that the only way to God the Father is to accept him then you can rest assured it is the truth! Time is running out quickly to choose him. Don’t put it off!! But that’s just me…Or is it?

Please look over my blog fully and take it all into consideration. And as suggested above, watch the Fuel Project’s “Know Your Enemy” I highly recommend it! But, the most important thing you MUST consider is accepting Jesus as your savior! Please see go HERE and HERE to find out more on salvation.

REMEMBER do not be afraid or fearful! Judgement is coming on those evil plotters and planners. God will win this war that has been waged on him and his creation and he will protect and gather those who belong to him! Those who belong to Jesus (those who accepted salvation through him) are not appointed to that wrath. We may experience some trials and tribulations leading up to the end but not God’s wrath!

Revelation 6:12-17 ~
When he opened the sixth seal, I looked, and behold, there was a great earthquake, and the sun became black as sackcloth, the full moon became like blood, and the stars of the sky fell to the earth as the fig tree sheds its winter fruit when shaken by a gale. The sky vanished like a scroll that is being rolled up, and every mountain and island was removed from its place. Then the kings of the earth and the great ones and the generals and the rich and the powerful, and everyone, slave and free, hid themselves in the caves and among the rocks of the mountains, calling to the mountains and rocks, “Fall on us and hide us from the face of him who is seated on the throne, and from the wrath of the Lamb, for the great day of their wrath has come, and who can stand?”

Not appointed to wrath

1 Thessalonians 5:6-11 ~
So then let us not sleep, as others do, but let us keep awake and be sober. For those who sleep, sleep at night, and those who get drunk, are drunk at night. But since we belong to the day, let us be sober, having put on the breastplate of faith and love, and for a helmet the hope of salvation. For God has not destined us for wrath, but to obtain salvation through our Lord Jesus Christ, who died for us so that whether we are awake or asleep we might live with him. Therefore encourage one another and build one another up, just as you are doing.

Romans 12:18-19 ~
If possible, so far as it depends on you, live peaceably with all. Beloved, never avenge yourselves, but leave it to the wrath of God, for it is written, “Vengeance is mine, I will repay, says the Lord.”

Annnnd speaking of JFK there are more interesting ties…Check out these two write ups by another favorite of mine, Douglas Woodward: 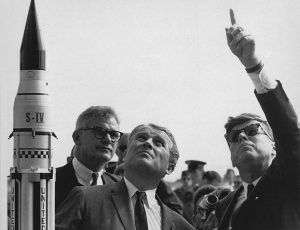 CONNECTING THE KILLING OF KENNEDY WITH GERMAN UFOS (Part One)

Are Flying Saucers Connected to the Assassination of JFK?

The intelligence connection to the UFO controversy plunge us ever deeper into mystery and intrigue.

Throughout Power Quest Book 2 (PQ,B2), I explore the intelligence angle on almost all the topics taken up. Consequently (and undeniably), the possibility of disinformation looms large on almost every one of my chosen subjects. Nevertheless, as the scope and depth of the study conveys, the stunning linkages between the many astonishing issues seems, on their own account, to lend credibility to the conclusions offered. For how can the coincidences be accidental when there are so many to mention and they reinforce one another?

Nowhere is this more evident than the links between the alleged conspirators portrayed in Oliver Stone’s award-winning movie, JFK (1991) [i] and America’s ‘first episode in its ongoing UFO adventure series’. To pick up on this story line, we turn to author Alex Constantine’s discussion on CIA intelligence operations surrounding UFOs and their connection to John F. Kennedy’s destiny in Dallas…MORE AT LINK ABOVE OR HERE 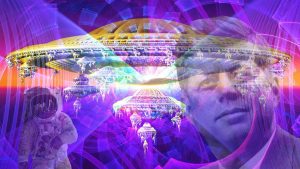 CONNECTING THE KILLING OF KENNEDY WITH GERMAN UFOs (Part Two)

The Secret Space Program – Are Two Programs Better than One?
We begin by reminding the reader of the popular albeit rarely believed conspiracy theory, that NASA really didn’t go to the moon—the whole drama was a hoax.

Nick Redfern succinctly recaps the related story of a falsified mission to Mars with these words:….MORE AT LINK ABOVE OR HERE

And did John F Kennedy Jr know who was behind his father’s death by hinting of it on his magazine? Interesting if nothing else…This by Nicholson Douseewhateyec: 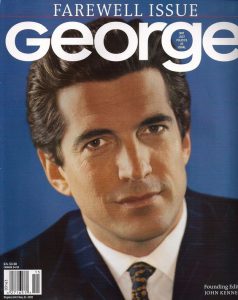 JFK to 911 Everything Is A Rich Man’s Trick

AWESOME DOCUMENTARY HOWEVER, A NOTE THAT I AM IN TOTAL AGREEMENT WITH AND IT SHOULD BE PUT TO MIND WHEN VIEWING:
A friend also noted: “A very interesting documentary…we enjoyed it!! Watched it today and the only criticism I would have is the part about religion being a control system and that monotheism was created in the middle ages to make people believe there was always someone watching them. That’s WAY inaccurate and a little weird. When stuff like that is said I automatically question the accuracy of the rest of it. How can he be so dead on about everything else but completely have no clue about religion or where it came from? That is standard atheist doctrine. I would guess the author is an atheist.”

Bonus added 6/24/20 Updated 11/8/21 (unfortunately the source site link was removed so I found it archived below):

"They Live"! Piped The Piper.
More on...Beware Of The Noahide Laws
Order out of chaos. Christians Will Be To Blame, Just As It Was In Rome. Re:set ...
2019 Rapture?