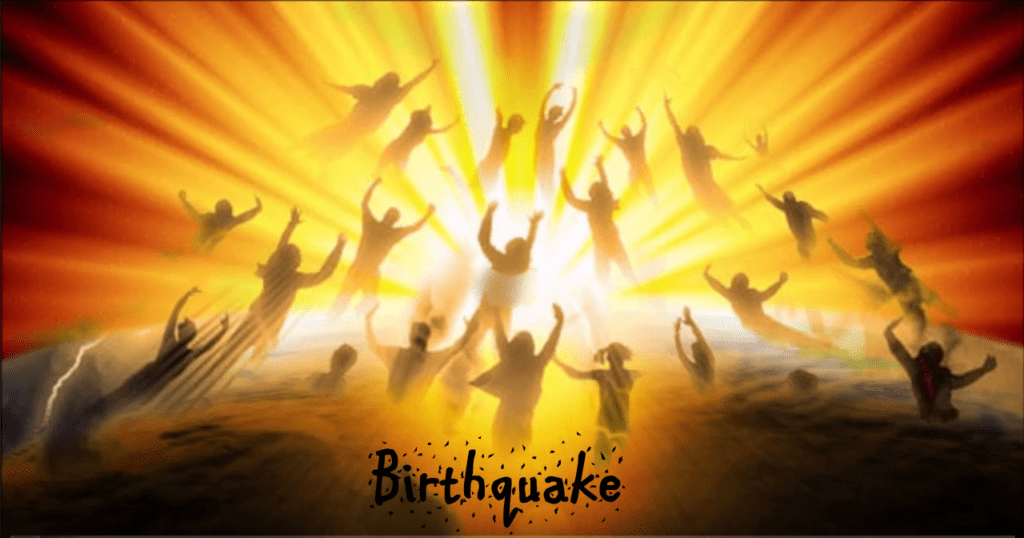 This video below by Todd Adkins needs to be watched! You have GOT to hear it! I was introduced to David Lowe’s books by my friend Andria and then by Todd himself during a few conversations with both of them. My first thoughts were; naw, the traditional view point is right and the seals won’t open until after the rapture. Then, I read David’s books and boy did it all make so much since now! I decided I needed to talk about David Lowe’s book “Earthquake Resurrection” in this blog post and I then thought about it in relation to Nibiru (Planet x) and kept adding it in the “Relevant Links” section of each post that hinted about this.

BUT, that was all BEFORE Russia invaded Ukraine. BEFORE Putin started on his goal of building the USSR back by venturing on his war path that will continue to progress to invade Israel in the coming days ahead. I did not even stop to think about the soon to occur Ezekiel 38 battle and the earthquake resurrection connection while following all the latest Russia news. Then, I saw Todd’s video and it shook me (pardon the pun) to full attention. I saw the title and thought how cool is that and queued it up to watch and walked away for a minute before I started it. And then BAM it hit me, “Birthquake”, I just knew what he was going to reveal and I got super excited! He went even further to include the religious aspect as far as Putin’s beliefs and why Putin feels he has God’s blessing to move forward in his goals. I do agree with Derek Gilbert in that I think Gog is a spiritual entity but, I think Putin is his vessel. He is being influenced by Gog and being deceived unknowingly or knowingly, only Putin, Gog and God know that though.

This news came out on 3/1/22; “Putin ‘moves family members to Siberian ‘underground city’ designed to survive a nuclear war’, says Russian professor who also claimed Vladimir is suffering from secret illness“. Secret illness huh? Here is a snippet from the article:

One of Solovey’s more startling claims was that defence minister Shoigu arranged for Putin to attend a shamanic ritual in Siberia which involved the sacrifice of a black wolf in a rite to improve the president’s health.

Shoigu is currently in personal control of Russia’s military operation in Ukraine.

A piece of white fabric was soaked with the wolf’s blood and burned,’ said anonymous Telegram channel ‘General SVR’ linked to Solovey in September 2021.

‘They allegedly saw a black raven in the smoke that circled for a long time.

‘For some reason, this sign was explained to Putin as a great success.’

Some are saying he is starting to act strangely and this article attributes it to possible Parkinson’s Disease but what if it is something “other worldly”? Gog perhaps? We can only *speculate* on these things until solid evidence comes out and, in most cases, we will never know until after the Lord comes back and reveals all things. Just another hmm thought, was Gog the entity that influenced Hitler as well? Maybe not. Just a wondering thought.

Interesting scripture to read and consider when I looked up raven in the Bible…This one seemed to stand out to me:

Isaiah 34
Judgment on the Nations

Draw near, O nations, to hear,
and give attention, O peoples!
Let the earth hear, and all that fills it;
the world, and all that comes from it.

For the Lord is enraged against all the nations,
and furious against all their host;
he has devoted them to destruction, has given them over for slaughter.

Their slain shall be cast out,
and the stench of their corpses shall rise;
the mountains shall flow with their blood.

All the host of heaven shall rot away,
and the skies roll up like a scroll.
All their host shall fall,
as leaves fall from the vine,
like leaves falling from the fig tree.

For my sword has drunk its fill in the heavens;
behold, it descends for judgment upon Edom,
upon the people I have devoted to destruction.

The Lord has a sword; it is sated with blood;
it is gorged with fat,
with the blood of lambs and goats,
with the fat of the kidneys of rams.
For the Lord has a sacrifice in Bozrah,
a great slaughter in the land of Edom.

Wild oxen shall fall with them,
and young steers with the mighty bulls.
Their land shall drink its fill of blood,
and their soil shall be gorged with fat.

* For the Lord has a day of vengeance,
a year of recompense for the cause of Zion. *

And the streams of Edom shall be turned into pitch,
and her soil into sulfur;
her land shall become burning pitch.

Night and day it shall not be quenched;
its smoke shall go up forever.
From generation to generation it shall lie waste;
none shall pass through it forever and ever.

But the hawk and the porcupine shall possess it,
the owl and the raven shall dwell in it.
He shall stretch the line of confusion over it,
and the plumb line of emptiness.

Its nobles—there is no one there to call it a kingdom,
and all its princes shall be nothing.

Thorns shall grow over its strongholds,
nettles and thistles in its fortresses.
It shall be the haunt of jackals,
an abode for ostriches.

And wild animals shall meet with hyenas;
the wild goat shall cry to his fellow;
indeed, there the night bird settles
and finds for herself a resting place.

There the owl nests and lays
and hatches and gathers her young in her shadow;
indeed, there the hawks are gathered,
each one with her mate.

Seek and read from the book of the Lord:
Not one of these shall be missing;
none shall be without her mate.
For the mouth of the Lord has commanded,
and his Spirit has gathered them.

He has cast the lot for them;
his hand has portioned it out to them with the line;
they shall possess it forever;
from generation to generation they shall dwell in it.

SNIP from The Gog and Magog War ^^:
We will go into much more detail on Gog later, but for now it is important to know that Gog is not the name of a person, rather it is a title for a leader. Gog appears as a supernatural being elsewhere in Scripture, yet he is also killed and buried (Ezekiel 39:11). I take this to mean that Gog will be a human leader, likely controlled by a demonic spirit, or a fallen angel.

Note that Gog is a “chief prince,” and not a king. This may suggest that Gog is not the supreme leader of Russia at the time of the invasion. In other words, the human leader being led by the demonic spirit could be the Prime Minister of Russia at the time of the war. This is because the Prime Minister is the office below the President, who is the second in command, or “chief prince.” On the other hand, the title of “chief prince” could instead describe a rank within the angelic realm under Satan, such as the “prince of Persia,” who fought against the heavenly “chief prince,” the archangel Michael (Daniel 10).

Now, suppose when Putin moves into Israel, and we know per scripture that God stops that war and saves Israel before total defeat, that Nibiru comes near as the tool the Lord uses and his voice shakes the earth, stops the war and we are raptured all at the same time. Those left behind will say that those missing were because of the approaching planet and or the nuclear bombs but, it is not. It is the Lord God! All that said, the planet does not need to be involved at all but I personally lean to it being around. These are days to be alert and watching!!! Now, watch Todd’s video. Bonus video under Todd’s.

Todd shared this with his posting of his video:
The Russia invasion of Ukraine is about WAY more than territory – it’s about religion (as we touched on before). But this current – and ratcheting up – war may be setting the stage for something bigger, and significantly MORE PROPHETIC!

Out of necessity, this video touches on my perspective on the timing of specific events in the book of Revelation; specifically, the placement and timing of the resurrection of the dead in Christ, the transformation and catching up of believers at the Rapture, and the beginning of the outpouring of God’s wrath known as the Day of the Lord.

My intent is not to persuade anyone to adopt my perspective, but it is the lens through which I view these events and is critical in connecting dots that I don’t think have been connected before (at least that I’ve seen). These connections relate to the timing of the Gog & Magog invasion of Israel and the destruction of Damascus, prophesied of in Ezekiel 38 & 39, and Isaiah 17, respectively. With current world events in view, this perspective may give a HUGE clue that the Rapture of the church could be on the very near horizon.

Please understand that in the interest of maintaining unity in the body of Christ (and my own peace) I do NOT debate this, despite the fact that find it to be the most compelling perspective, with the greatest biblical support. For further information on this perspective, please check out my previous video and the two books mentioned in the video description on YouTube.

David W. Lowe and Then His Voice Shook the Earth (The Sharpening Report)

TODAY IS THE BEST DAY FOR SALVATION!! YOU JUST DON’T KNOW WHAT TOMORROW WILL BRING! 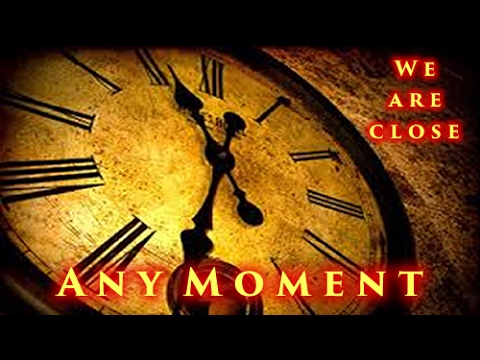 When The Watchmen Give You Etrog, Make Tabernacle Etrog-ade?
Betelgeuse Means The Coming (Mal 3:2) Of The Branch
Something Big Is Coming! Hmmm... A September To Remember?
Mary Tyler Moore, Rapture Speculation and Pharmakeia? Hmmm