So, if particles are comprised of strings that vibrate (String theory) and vibration is the cause of sound…And God said…

And / or: If we only exist because of observation (digital physics /Quantum Mechanics) and a mind has to be observing us therefore we exist and if any mind that observes us must have another that observes it to observe us Ad infinitum…And God saw…

Genesis 1:4 ~ And God saw that the light was good. And God separated the light from the darkness….Therefore GOD.

Then there must be one superior mind that just always was who spoke us into existence and observes or sees us. His creation from his vibration of voice and observation of his mind and eyes. He is outside of space and time. And if you exist because he thought you up and spoke you into existence to have free will to choose him or your own path without him then how much love does that take? To create a being that can turn its back on him?

Some videos and things to consider below…

“The Son is the radiance of God’s glory and the exact representation of his being, sustaining all things by his powerful WORD.” ~ Hebrews 1:3

The Frequency Of Heaven

It seems that many reputable scientists believe that the universe is in a constant state of “vibratory motion.” All that exists on earth and the immediate cosmos is being held together by small, reverberating “strings.” This widely accepted notion is referred to as “string theory.” It makes the radical claim that resonating strands of energy are at the center of all physical matter.

Reflecting on the implications of this theory, Dr. Christian Overman writes,

“Instead of a multitude of tiny particles, string theory proclaims that everything in the universe, all forces and all matter, is made of one single ingredient— tiny, vibrating strands of energy known as string. . . A string can wiggle in different ways, and the different ways in which the string wiggles represent the different kind of elementary particles. . . It’s like a violin string, and it can vibrate just like a violin string can vibrate. Each note, if you like, describes a different particle.”**

The physicists are proposing that there’s an under-girding “frequency” that provides substance and meaning to all things. If string theory is actually true, it suggests that all matter exists and is held together by “sound.” Rocks, minerals, trees, animals, and even men are essentially “music” that has taken on tangible form.

This assertion shouldn’t be a surprise. Scripture attests that the earth and all within it were created by God’s decree (Genesis 1:1-3a; Psalm 33:6,9; 2 Peter 3:5). The “frequency of heaven” not only constructed the world, it also animates and sustains it. God’s Word is not just the means of design, but the very glue that holds the cosmos together (John 1:1-4, Hebrews 1:3).

C.S. Lewis alluded to this reality in his beloved novel “The Magician’s Nephew.” In this marvelous narrative, Lewis has the lion, Aslan, bringing all of Narnia to life through a melodious song. The children, who were watching, were truly astounded as everything that comes into existence takes on the shape of Aslan’s song. Could fantasy actually do a better job of reflecting reality than our own reason and constructs?

This may sound like nonsense, but it’s based on sensible scientific analysis. In fact, all physical matter emits a particular sound frequency. This assertion might be obvious with the vibrations coming from a church bell or a wine glass, but it’s also true of other things. Wood, concrete, bricks and even human bodies emit a specific sound frequency. If one were to match the resonance point of each item, they would vibrate as well.

String Theory and the Voice of God

Romans 1:18-22 ~
18 For the wrath of God is revealed from heaven against all ungodliness and unrighteousness of men, who by their unrighteousness suppress the truth. 19 For what can be known about God is plain to them, because God has shown it to them. 20 For his invisible attributes, namely, his eternal power and divine nature, have been clearly perceived, ever since the creation of the world, in the things that have been made. So they are without excuse. 21 For although they knew God, they did not honor him as God or give thanks to him, but they became futile in their thinking, and their foolish hearts were darkened. 22 Claiming to be wise, they became fools… 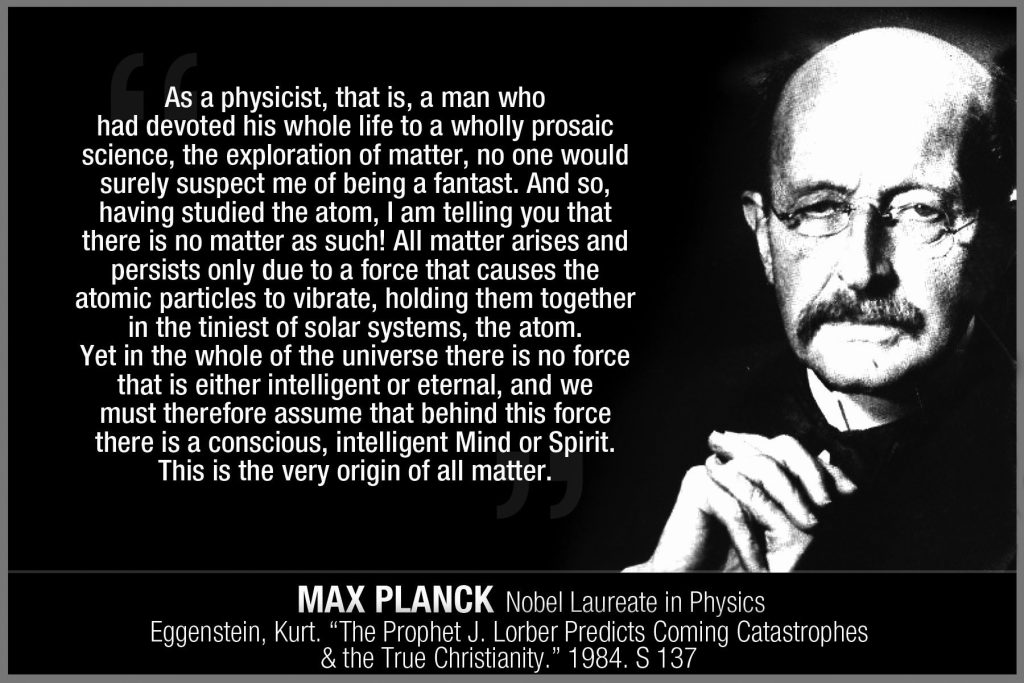 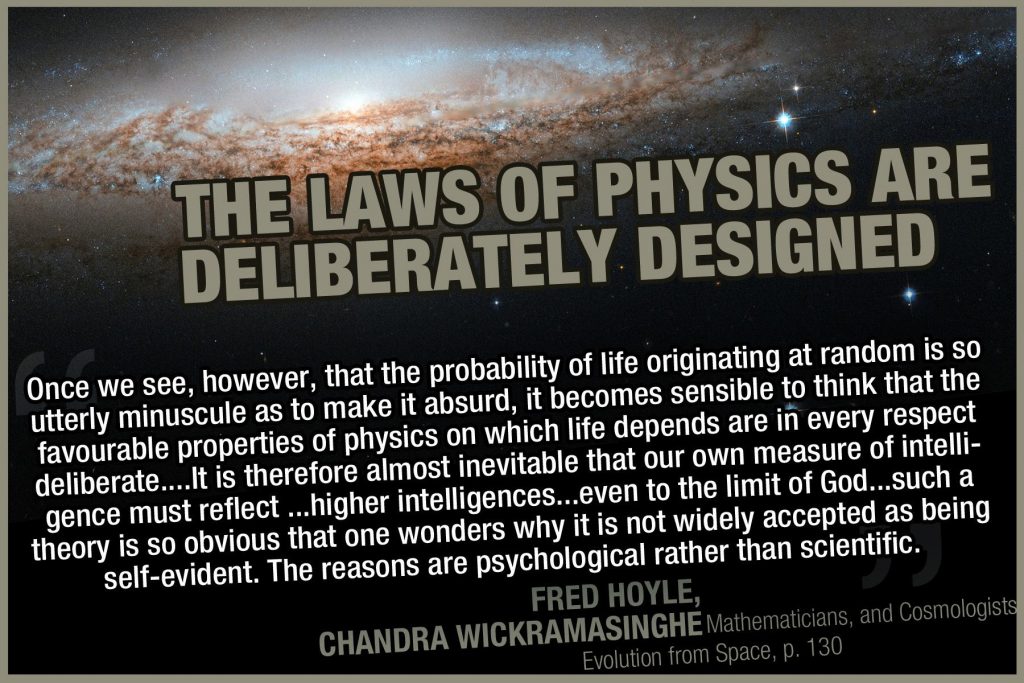 Giving us the freedom to choose is an act of love…God has the right to wipe out HIS creation that HE made if he so deems it…It is HIS creation…HIS, not ours…Who are we to question the sole and very reason we exist to begin with??? HE is that reason…HE has the rights to everything…But, he doesn’t…He keeps it going and he gives us freedom to choose and you have to ask why? The only reason could be love…Love by free will to decide where we spend eternity with the risk of his heart breaking if we choose against him…But, we have to WANT to be with him and WANT to choose that in order for it to mean anything…He will not force us or himself upon us…We must choose…That is love, risking losing us by allowing us to choose for ourselves. He loves us and God exists no matter what excuses and round about ways to dismiss his existence mankind comes up with…He is the I AM!

FYI: { I was going to find another video to put here because I do disagree with him about there being no proof of God or him living among us and making himself known. First of all, his creation makes him known see: Romans 1:19-21. Then, the fact is that God did present himself to the world and he did come here and live among us again but, because he was not who was wanted or who people were looking for at the time he was killed. Jesus is God and came in the flesh (There are historical facts to back that see: NO Other Name! and scroll to 12 historical facts). He had to be our sacrifice for sins so that we can have eternal life so it is to our benefit that he allowed himself to be killed. It was his goal to be our sacrifice. So yes, he has lived among us but, this shows how people, even when God is right in their faces, will ignore, discriminate, say he is not God even when he is standing in front of them and hate him to the point of trying to kill him. The fact is that even if he presented himself daily it would not matter to some. It would only matter to those who would choose him and love him. Another hmmm moment to think about. He is God and, as stated above, all he has to do is just wipe it all out and not deal with the heartache but, because some will love him and choose to follow him and because he has a perfect end plan he allows all to keep going. He will that is until the point where we would totally annihilate ourselves and allow the enemy to take full control (end times, Antichrist etc). Then he will go ahead and step in physically again to judge the guilty and stop it before all flesh is destroyed. Food for thought. I will leave the video even though it offers a different perspective about it because is has some valid points especially about self as well as some others points that are just as good.}

The Rapture Is The Resurrection ~ Gary Stearman
I'm So Sorry About This But, On The Bright Side...
Are You Watching?
2020 Rapture: Almost Home??? Be Encouraged!