An Excellent 9 minute Explanation Of It All! 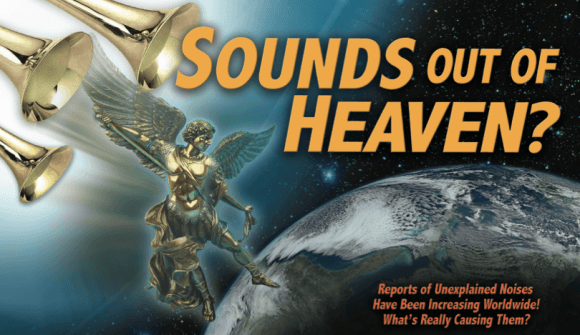 The great deception and delusion continues to be set up before our very eyes and ears. You can do a search and see this delusion of sounds has been going for a few years now. It’s all part of the ultimate goal of “disclosure” and the full implementation of the New World Order along with its ruler who will be the Antichrist along with his cohort the False Prophet…Tick tock

7 For the mystery of lawlessness is already at work. Only he who now restrains it will do so until he is out of the way. 8 And then the lawless one will be revealed, whom the Lord Jesus will kill with the breath of his mouth and bring to nothing by the appearance of his coming. 9 The coming of the lawless one is by the activity of Satan with all power and false signs and wonders, 10 and with all wicked deception for those who are perishing, because they refused to love the truth and so be saved. 11 Therefore God sends them a strong delusion, so that they may believe what is false, 12 in order that all may be condemned who did not believe the truth but had pleasure in unrighteousness.

But, if you have accepted Jesus and are saved, don’t fret and Stand Firm

13 But we ought always to give thanks to God for you, brothers beloved by the Lord, because God chose you as the firstfruits to be saved, through sanctification by the Spirit and belief in the truth. 14 To this he called you through our gospel, so that you may obtain the glory of our Lord Jesus Christ. 15 So then, brothers, stand firm and hold to the traditions that you were taught by us, either by our spoken word or by our letter.

In it, Ruggero Maria Santilli suggests that with his concave lens telescopes, he has been able to detect “invisible entities.” The ones that leave a dark marker on the digital photography are called Dark ITE’s while the ones who leave a light mark are called Light ITE’s. This is significant since it was published through the Foundation of Hadronic Mechanics, the same Hadronics as the Large Hadron Collider. Is this another HUGE step in verifiable science to suggest we are not alone? Is the Great Deception unfolding as we speak?