Amazing Prophecies Fulfilled In The Bible 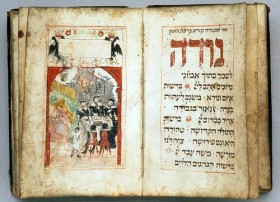 View a list of 300 predictions about Yeshua, the Jewish Messiah, including a brief description, the reference for the prediction in Jewish Scriptures and the reference for its fulfillment in the New Testament. { Just click the highlighted link above to see them all }

What are the chances of just 8 of these Jesus fulfilled prophecies coming true? Click here and see… 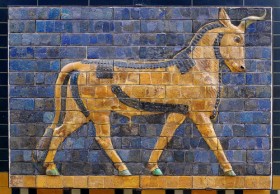 The Bible’s Most Amazing Prophecies

The Bible contains literally thousands of specific prophecies that have endured the test of time. What’s so significant about the Bible is that the prophecies it contains, many of which were given thousands of years before their actual fulfillment, have been fulfilled with 100% accuracy over time. In more than five hundred specific cases, the Bible has clearly and specifically predicted the future, with the fulfillment verified by historians and archaeologists throughout the ages. In many cases, the fulfillment of these prophecies can be verified using a common encyclopedia. No other book would dare to predict future events in such great detail, and certainly no other book can come close to matching this level of accuracy. The Bible is truly unique, for its track record of predicting the future simply defies mathematical probability.

Prophecy is what makes the Bible unique among other religious works such as the writings of Muhammad, Buddha, Confucius or the Book of Mormon. Indeed, thousands of years ago, the God of the Bible made a bold challenge to all other religions and prophets to use prophecy as the test by which to measure all other religions (Isaiah 41:22-23). So far, there has been no credible response to God’s challenge for a religion to put its reputation on the line by accurately predicting the future.

In the opportunities I have had to teach over the past year, I have frequently found people shocked to learn that the Bible accurately predicted the exact dates certain events would occur – often thousands of years ahead of time. These events include when Jesus Christ, the long-awaited Jewish Messiah, would come to the earth, when Israel would be restored to being a nation again following World War II, when Israel would gain control of Jerusalem again as well as when the people of ancient Israel would be released from their captivity in Babylon. All of these prophecies had specific dates and timelines associated with them in the Bible, and all were fulfilled exactly as they were predicted – many to the exact day — even though their fulfillment was often thousands of years later.

These prophecies are amazing because unlike more generic prophecies (such as the fall of certain world empires or moral decay in the end times), there can be no question that these prophecies were divinely inspired and positively prove that the Bible is unique among all other works. For a book to predict the future to the day not once, not twice but at least half-a-dozen different times hundreds or thousands of years into the future is unquestionably and mathematically impossible – unless God’s hand were at work.

My purpose in writing this article is to provide an overview of a few of these prophecies, and to show how they were fulfilled exactly as predicted to demonstrate the power of prophecy in the Bible.

Before delving deeply into each specific prophecy, it’s important to point out a couple of things that will help individuals replicate the calculations and timelines that follow.

First, the prophecies cited in this article come from the Old Testament and were delivered by prophets 500-600 years before the coming of Christ. At this time, of course, the Christian (also known as the Julian and then subsequently Gregorian) calendar had not yet been invented. The calendar used by the prophets was the Jewish calendar, which is very different than our own. It is lunar-solar and has only twelve months of thirty days each, for a total of 360 days a year, as opposed to the solar year used by us today which consists of 365.242 days (the .242 fraction represents the leap year which occurs every four years, and the occasional leap century). Although this may sound confusing, all it means is that when a prophecy in the Bible says something will take “70 years” for example, it means “70 years of 360-days each” or a total of 25,200 days as opposed to the “70 years of 365.242 days” or a total of 25,567 days which we would be used to.

This difference in the length of a Jewish year from our own solar year is important to keep in mind when evaluating prophecies in the Bible that have specific, measurable time frames that can be computed. Failure to take this into account has frequently confused people through time and led to miscalculations and misinterpretations of prophecy. Evidence that the 360 day Jewish calendar was used in prophecy includes Noah’s account of the flood in the book of Genesis where 150 days are recorded as five months (from the seventeenth day of the second month to the seventeenth day of the seventh month, Genesis 7:11, 24, 8:3-4), Esther’s account of the six-month long feast of King Xerxes (which lasted exactly 180 days, Esther 1:4) and John’s account of the end times in Revelation where he describes the last three and one-half years as precisely 1,260 days or forty two months (Revelation 12:6,14, 13:5).

The second important point to keep in mind when calculating timelines in the Bible is that there was no year zero on the Christian calendar – we went directly from 1 B.C. to 1 A.D. Adjusting for this requires that we add a year when converting from the Jewish calendar to the Christian calendar when the period in question crosses the 1 B.C./1 A.D. date.

With these two points in mind, we can then proceed to evaluate some of the Bible’s most amazing prophecies…..CLICK HIGHLIGHTED LINK ABOVE OR HERE TO CONTINUE 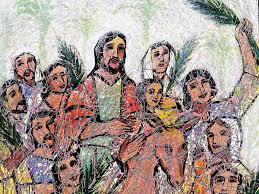 23 Reasons Why Scholars Know Jesus Is Not A Copy Of Pagan Religions.

Introduction to this issue:

As Dan Brown in his book ‘The Da Vinci Code’ writes: “Nothing in Christianity is original.”

It is in recent times that a great number of people are claiming that Jesus is simply a rehash of older pagan secretive religions, and of the religions of dying and rising gods. We see this masqueraded as truth in films such as Zeitgeist, The Da Vinci Code and Irreligious which, to the layperson, seem to be factual and convincing. But how factually based are these claims? Surely anyone can misconstrue evidence to suit their presuppositional biases, especially if they don’t want to believe something. The first step for anyone really seeking to understand these allegations would be to consult the scholars in the relevant and necessary fields of expertise. What do they have to say? Is such an issue even on the table of debate nowadays? If so, or if not, then why?

In a nutshell this study will be focused on analyzing these comparisons, the educated opinions of the scholars, and trying to see if anything of these pagan parallels are seen in the Jesus of the New Testament.

Who are the mythicists?

“What is driving the mythicist’s agenda? Why do they work so hard at showing that Jesus never really lived? I do not have a definitive answer to that question, but I do have a hunch. It is no accident that virtually all mythicists (in fact, all of them, to my knowledge), are either atheists or agnostics. The ones I know anything about are quite virulently, even militantly atheist.”

Ehrman is certainly correct in his hunch. One of the leading mythicists of today is that of Richard Carrier, and Carrier happens to be an avid atheist that writes for the Secular Web. Now Carrier with two or three other proponents are the only scholars propounding this view of mythicism, the rest are not even scholars in the relevant fields of expertise – such is seen of Bill Maher (Irreligious), Dan Brown (The Da Vinci Code), James Coyman (Zeitgeist), and Brian Flemming (The God Who Wasn’t There).
Probably the two leading mythicists, that although ignored by historical, New Testament, Early Christianity, or Classical scholars are, as indicated above Carrier, and another man named Robert Price – these two men are the only ones that have, in recent times, really warranted any attention from the mainstream community of scholars, or at least one or two scholars in the mainstream community. Other than that the mythicist is ignored by the majority scholars in the relevant fields.

The allegation in a Nutshell:

Proponents of this view, known as mythicists, say that Jesus was nothing more than a copy of popular dying and rising fertility gods in various places from around the world, some of these gods would include Tammuz in Mesopotamia, Adonis in Syria, Attis in Asia Minor, and Horus in Egypt.

It has only been in recent times that the mythicist allegations have been re-established due to the rise of the Internet and the mass distribution of information from unaccountable sources. The only thing an online user needs to have to their name is the oxygen that they breathe – anyone can post anything online and masquerade it as truth. In this article we are going to examine these parallels, and see if they stand up to scrutiny. So, let us uncover the many reasons ‘why scholars know that Jesus is not a copy of pagan religions’…..CLICK ON HIGHLIGHTED LINK ABOVE OR HERE FOR THE REASONS

Can't you feel it??? Don't you see it???
Kabbalah Secrets Christians Must Know and The Kosher Pig
The Theory of Everything encrypted in the Bible?
Biblical Return of 70 Nations as Countries Gather in Paris to Condemn Israel