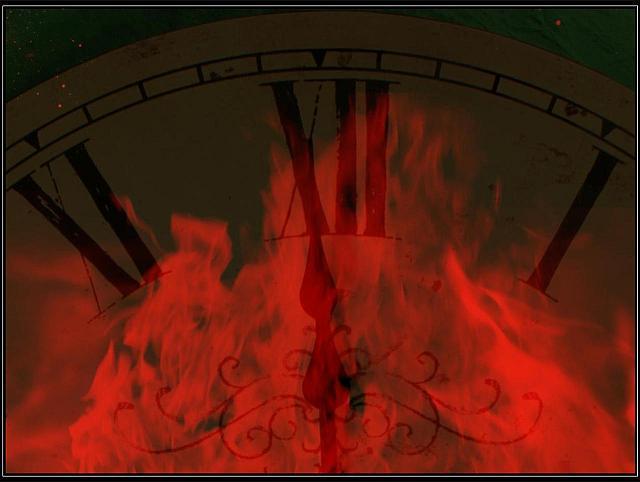 “And the winepress was trodden without the city, and blood came out of the winepress, even unto the horse bridles, by the space of a thousand and six hundred furlongs [200 miles]”. – Revelation 14:20

From time to time, we receive many emails filled with dynamic dreams and visions containing incredible information from many of our listeners. Semi-recently, one of our own staff writers, Jose Polanco, contacted me very early one morning with great urgency and alarm.

His nephew had received, in my opinion, one of the most powerful waking visions I have ever heard regarding what is coming upon our nation. It is not like anything I have ever audibly heard. It is raw and filled with emotion as he describes what he is seeing. I do not want to give too much away, but I hugely urge you to stop whatever you are doing and listen to this. Be prepared, for this is a rare recording and given to a young man who did not even know Jesus Christ as his Lord and Savior.

The audio might be difficult at times to hear, so Brook Ardoin edited a readable version to go along with it.

First thing this morning, December 2, 2016, the Lord said, “It is now time to release David’s vision.” We wasted no time in doing so, and now we are releasing it to you per command of the Lord Jesus Christ.

Perhaps David can say, “I am not a prophet, nor am I the son of a prophet; but I am a herdsman and a grower of the sycamore figs. But the Lord took me from following the flock, and the Lord said to me, “Go prophesy to my people Israel” – Amos 7:13-14, KJV

What you are about to read is one of the most extraordinary experiences that I, Jose Polanco, have ever encountered in my Christian life; not a dream, not a Sci-Fi movie, not even a story out of a book. This was a real, raw, live experience of my sixteen-year-old nephew having visions in real time, while he sat right before my eyes.

It all began as we were getting ready to move to Tennessee. It was back in May 2016. We had been making final preparations for our journey for weeks, and we were exhausted and overwhelmed as days seemed to be shorter and shorter, and moving day was getting closer and closer.

Only days before the move, around May 20, my wife and I were completely exhausted. We decided to go to bed early that night. It did not take us long before we both were sound asleep. Granted, I would have never imagined that God had something awaiting us that would change our view of things permanently. Suddenly, at 11p.m., I heard the distant sound of someone knocking very desperately on the front door.

To my surprise, it was my sister accompanied by my nephew. He was in a state of SHOCK and clearly crying as tears streamed down his face. She explained that he was having visions in real time and she did not know what to do with him. I took him to the bedroom, cast everyone out, and locked the door for privacy. At that moment, I still did not have a clue how deep his experience was. I only knew he was having visions before arriving at my home.

Within my family, visions are a very normal occurrence. However, I wanted to make certain he was all right because it was his first experience in this area. What I did not realize in that moment was that I was in for the ride of a lifetime. I quickly learned that he was still seeing events take place once we settled in that bedroom. His eyes were wide open and he was definitively in a state of ecstasies, as the Apostle Paul would have called it. The depths of his visions were deeply extraordinary, as he was looking upon things that I understand will happen during the Tribulation period as prophesied in the book of Revelation.

This is the story of that encounter (transcribed directly from the audio conversation between Jose and David): CLICK UNDERLINED LINK FOR TRANSCRIPT 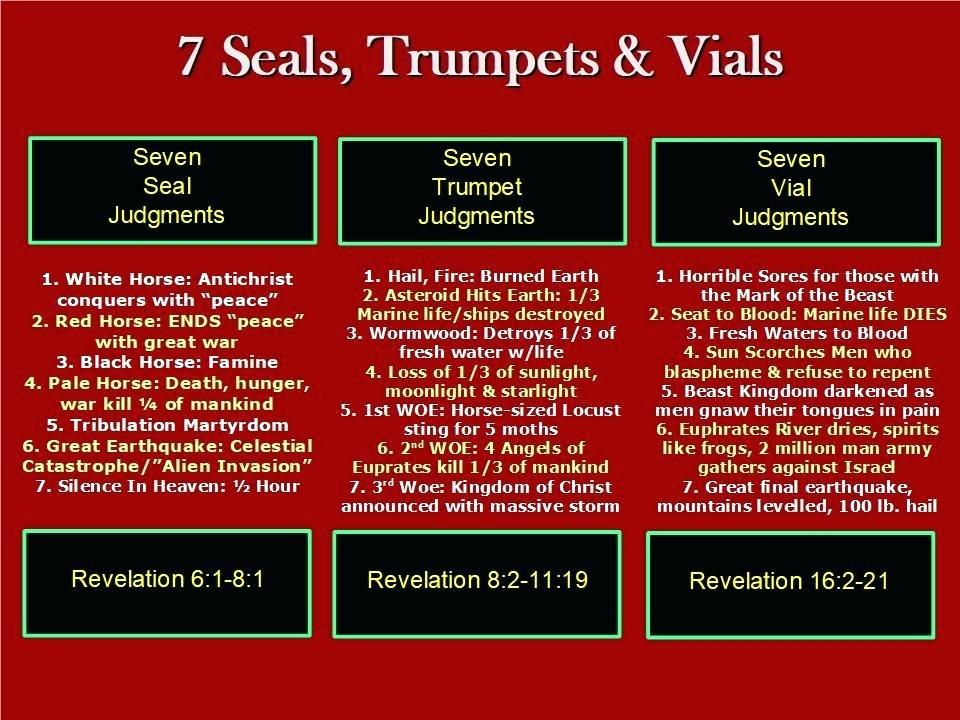 At the 9min 38sec mark in the video below is the beginning of the recording of the boy talking to his uncle. But listen to the full video and hear what they are saying about it all…

It will be bad. You don’t want to be left behind for it. Accept salvation in Jesus today! Once the restrainer is removed off of this Earth (rapture) then Satan, the fallen angels and all their demons will have total free reign for a time until Jesus comes back at the appointed time to put an end to it. The ruler of this world right now (because man relinquished it in the Garden) is Satan but God restrains him and you can see what kinds of evil he does to mankind today on this Earth when he is being restrained. So, when he is not restrained….

2 Thessalonians 2:7-12 ~ For the mystery of lawlessness is already at work. Only he who now restrains it will do so until he is out of the way. 8 And then the lawless one will be revealed, whom the Lord Jesus will kill with the breath of his mouth and bring to nothing by the appearance of his coming. 9 The coming of the lawless one is by the activity of Satan with all power and false signs and wonders, 10 and with all wicked deception for those who are perishing, because they refused to love the truth and so be saved. 11 Therefore God sends them a strong delusion, so that they may believe what is false, 12 in order that all may be condemned who did not believe the truth but had pleasure in unrighteousness.

Here is the video: 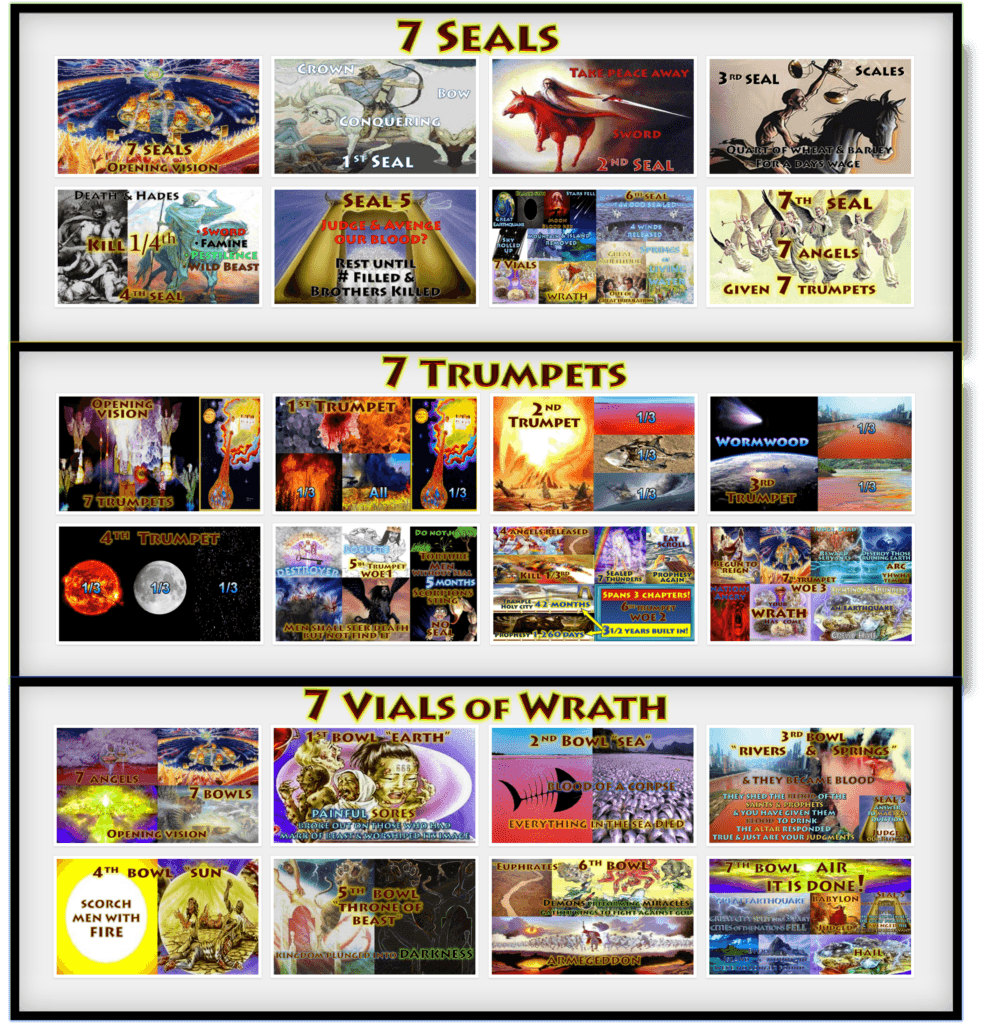 1 Thessalonians 5:8-11
But since we belong to the day, let us be sober, having put on the breastplate of faith and love, and for a helmet the hope of salvation. 9 For God has not destined us for wrath, but to obtain salvation through our Lord Jesus Christ, 10 who died for us so that whether we are awake or asleep we might live with him. 11 Therefore encourage one another and build one another up…

And what I say to you, I say to all: Watch! Will it be October?
The Great Reset. Antichrist Beast System rising (Revelation 13)
Look up! December 21rst - 25th
And Therefore, GOD...