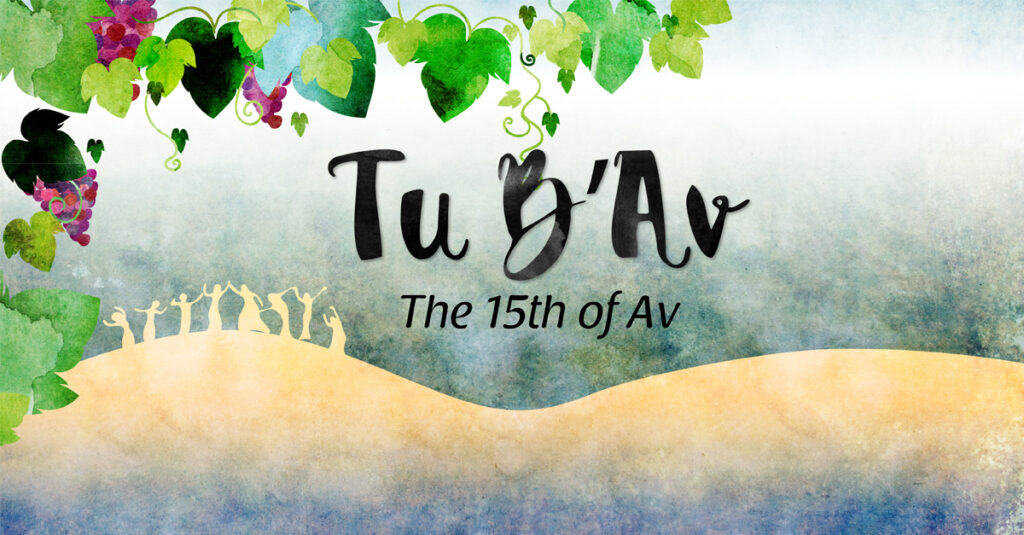 Well I was going to just leave it alone and not post another blog post because I thought that my last one on the August watch was sufficient. HOWEVER, these two videos match up so perfectly along with TW Tramm’s post that I just HAD to share them with you in case you missed them. I watched Bro Chooch’s video today and it was just so encouraging. Then, I saw that Ricardo Garcia made a post today and I was oh so curious. Little did I know that both videos would compliment each other sooooo well! Watch them both and then read TW’s article. I bet you will be able to add to the hope of the 9th of Av post I shared and fill that hope up to the brim or overflowing for this year! Enjoy!!

Can The New Wine Be Rapture Time? – Night Watch with Bro Chooch

Ahhhhhhhh yes! The Rapture of the Church! Bro Chooch looks into how the time of year for the “New Wine” connects to when the Bride goes up to meet her Bridegroom! Oh Joy!

The Wheat & The Wine – Rapture Time? 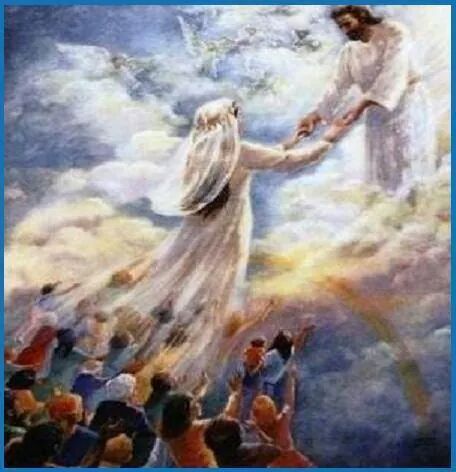 The Year of the Bride

IN JEWISH WEDDINGS, it is customary for the bride to circle the groom seven times before the ceremony begins.

There are various explanations given for this tradition.

Some say the bride circles the groom to create a magical wall of protection from evil spirits, temptation, and the glances of other women.

Others believe that the bride walks around the groom to bring down any walls or barriers that may separate the couple, an allusion to the Israelites circling Jericho seven times before the walls tumbled down (Josh. 6).

Yet another explanation is that the seven circuits of the bride reference the seven rotations of earth on its axis during creation week, the time of the original wedding of Adam and Eve.

Expanding on the last theory, an explanation I have not seen given, but which is plausible, is that the bride’s seven circuits around the groom signify a larger division of time, a seven-year period, or Sabbatical “week” (Lev. 25:1–4; Dan. 9:24–27).

PARALLELS
In the Jewish wedding tradition, before vows are exchanged, the bride circles the groom seven times in a counterclockwise direction under the wedding canopy.

Employing biblical symbolism, we find a parallel in the astronomical realm:

The Earth and Moon, which together orbit the Sun in a counterclockwise direction, represent the Bride.

Seven circuits of the ‘Bride’ around the ‘Groom’ amount to seven years, or one Sabbatical week.

Thus, the year after the seventh, the post-Sabbatical year, becomes the year of the bride, the time of exchanging vows.

We find this same pattern in Scripture:

• The ‘betrothal’ of the Church to God occurred on Pentecost, the day after the Sabbath (Acts 2).

• A total solar eclipse on Nisan 1, the day marking the start of the Sabbatical week.
• Consecutive blood-moon eclipses on the harvest festivals Passover and Tabernacles.
• A partial solar eclipse on the Feast of Trumpets.
• The reappearance of Bethlehem-Star conjunction that heralded Jesus’ first coming (June 30).

Since God reckons time in seven-year increments, or Sabbatical weeks, the signs of 2015 seem to be pointing to 2022.

But there is more. Counting backward seven Sabbatical weeks from 2022, we arrive at the restoration of Jerusalem in 1967. This is significant because in Daniel’s Weeks Prophecy, where God’s plan of redemption is measured in Sabbatical weeks, Messiah appears “seven weeks” after Jerusalem is restored:

“From the going out of the word to restore and build Jerusalem to the coming of an Anointed One [Messiah], there shall be seven weeks” (Dan. 9:25).

Assuming the above verse relates to Messiah’s return, and there is reason to believe that it does (see note 11), the formula for calculating the timing is simple:

Looking back to the Lord’s first advent, it is significant that events related to His appearance occur in post-Sabbatical years:

God is consistent (Heb. 13:8). If events related to Messiah’s first appearance occurred in post-Sabbatical years, it is reasonable to expect the same at His return. Needless to say, this is a thrilling prospect to consider in post-Sabbatical year 2022. Could this “year of the bride” see the ultimate wedding, the marriage of Messiah to the Church at the Rapture?

Concerning the Lord’s timing, it is important to keep in mind that while there is a biblical precedent for revealing the year of Messiah’s advent, there is ambiguity around the day. The key dates related to Jesus’ first appearance (excluding His death and resurrection) are His birth and anointing as Messiah. However, the dates of these events are not noted in Scripture. If this pattern holds, the Lord may return on a day unknown (Matt. 24:42–44; 1 Thess. 5:1, 2; Mark 13:35–37).

An unknown wedding date harmonizes with the Jewish tradition in which the bride knew generally when the groom would appear, during the season of the earlier betrothal, but not the day or hour. Therefore, during this post-Sabbatical year of the bride, it is wise to be dressed and ready should the cry suddenly ring out:

2. Since the Sun symbolizes Jesus the Bridegroom, the Moon, the Sun’s heavenly counterpart, represents the Bride, or Church. The Moon is emblematic of the Church as it has no light of its own. It relies entirely upon the Sun for its light (Ps. 19:4, 5; 84:11). Similarly, man has no light of his own. We were created in the image of God to reflect His brilliance and glory (Gen. 1:27). When we turn to face the majesty of God, when we surrender to Him and seek Him with all our hearts, we reflect His glory, just like the Moon reflects the glory of the Sun (Matt. 5:14).

5. Sabbatical-cycle corroboration: Counting backward seven-year periods from Sabbatical year 2021–22, we find
that 26–27 AD and 458–57 BC were Sabbatical years. This is remarkable because 457 BC is when Daniel’s Weeks
Prophecy began to be fulfilled via the Jews’ return to Jerusalem from Babylon. Thus, the Sabbatical cycle observed in Israel today, and referenced in this study, corresponds to the popular interpretation of Daniel 9:25, which has the “seven” and “sixty-two” weeks (483 years) beginning in 457 BC and ending in 27 AD with Jesus’ anointing as Messiah.

6. On Nisan 1, 2015, a total solar eclipse darkened the northernmost tip of the globe, the point where the longitudinal lines intersecting every nation and landmass converge. Besides occurring on the biblical New Year, the Nisan 1 eclipse coincided with the spring equinox. For perspective, a total solar eclipse occurs on the spring equinox only one other time during the roughly 750-year period spanning 1662 AD to 2406 AD. Such an eclipse at the top of the globe, however, is said to happen only once every 100,000 years, making the 2015 occurrence unprecedented.

7. Biblical years begin at Nisan, the “first month” (Ex. 12:1, 2). Despite God’s plain instruction to count the years from Nisan, the deep-rooted rabbinic tradition of counting years from the seventh month, Tishrei, means Sabbatical years are said to begin and end in the fall. While it is true that the seventh month is pivotal, marking the end of the festival season, the time of debt forgiveness, and the early rains that prepare the ground for the impending “agricultural year,” it is the month of Nisan, according to the Creator of the calendar, which marks the start of the actual year.

8. Bethlehem-Star (Jupiter–Venus) conjunction of 2015: While Jupiter–Venus conjunctions are not uncommon, the one on June 30, 2015, was unique for multiple reasons. First, it occurred amid a slew of other heavenly signs, including solar and lunar eclipses on the biblical harvest festivals and New Year. Second, it mirrored a similarly brilliant triple conjunction of the two planets around the time of Jesus’ birth, in 3–2 BC. Third, like the conjunction in 3–2 BC, it occurred in June, in the constellation Leo, the sign depicting King Jesus, the “Lion of the tribe of Judah.” Fourth, like the conjunction in 3–2 BC, it occurred in a post-Sabbatical year. Since both conjunctions took place in a post-Sabbatical year, they are separated by a span of exactly 288 Sabbatical weeks. This is significant as 288 is the totient function of 888, the numerical value of Jesus’ name. Also, there are 288 days in an average pregnancy term, which is interesting in view of the Star’s association with Jesus’ birth.

10. The God of the Bible typically gives a seven-day or seven-year warning:

12. At Jesus’ baptism, He was anointed with the Holy Spirit who descended upon Him in the form of a dove (Luke 3:21, 22; Acts 10:38). Since the Hebrew word for “Messiah” and the Greek word for “Christ” both mean “Anointed One,” it is logical to identify the first coming of Messiah in Daniel 9:25 with Jesus’ anointing by the Holy Spirit.

13. More examples of events that have occurred in post-Sabbatical years (years reckoned from Nisan):

14. Coincidentally, secular media have dubbed 2022 “the year of the wedding” as it is projected to be a record year for nuptials. Due to the pandemic, the last couple of years have seen a sharp decline in couples walking down the aisle. However, according to groups that specialize in marriage statistics, 2022 is set to see an explosion of wedding ceremonies before numbers normalize again in 2023.

15. Coincidentally, June 2022 saw an ultra-rare ‘wedding procession’ in the heavens, culminating on the seven-year anniversary of the recent Bethlehem-Star conjunction.

IMPORTANT MESSAGE: No one knows the day or hour of Jesus’ return (Matt. 24:36). However, a convergence of biblical signs and timelines suggests it is near. To escape the judgment reserved for a God-rejecting world, one must be in a saving relationship with Jesus Christ. If you have not yet done so, call on His name and believe that He is the Son of God who died for your sins and was raised from the dead (Rom. 10:13). Do it today. Time is running out.

Would you like to be a part of the bride? 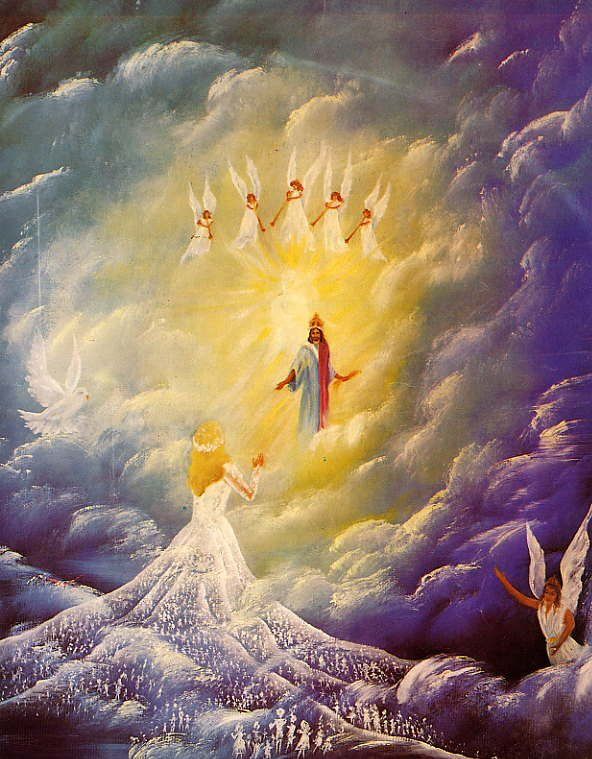 Here is how you too can be taken in the rapture to escape the wrath that is about to come on this whole earth…HOW TO GET TO HEAVEN!!